The Toronto writer is fighting against racism from ground-level. 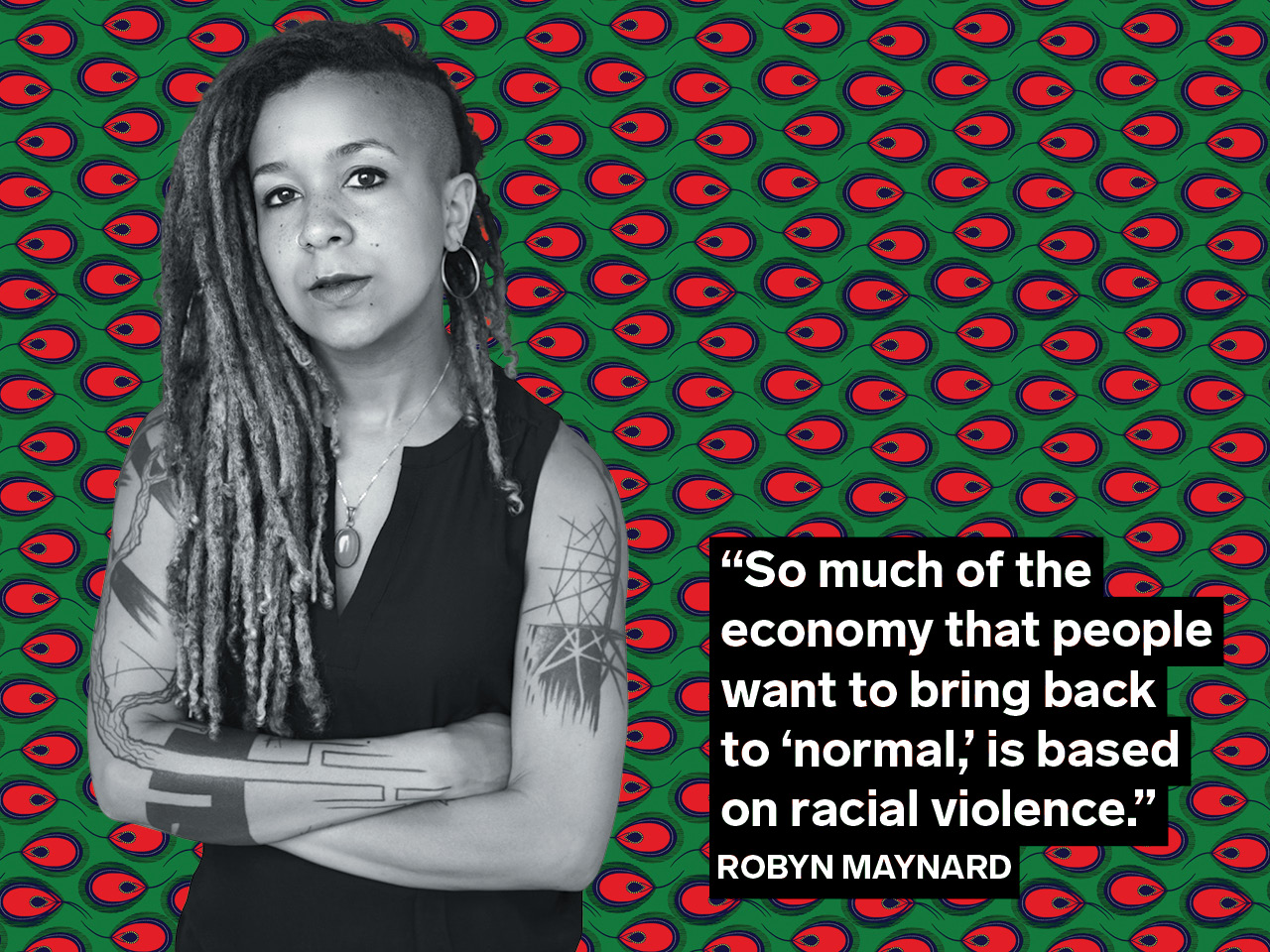 For writer and anti-racism advocate Robyn Maynard, 2020 has offered an illuminating look at which lives our society values and which ones it doesn’t. “The pandemic is really showing us who in particular is seen as disposable,” says Maynard, a Vanier scholar at the University of Toronto. She points to the high proportion of Black people working on the front lines of the agriculture industry or as personal support workers in long-term care homes.

But while the COVID-19 virus is unprecedented, so too is the critical mass of Black people openly calling for an end to injustice. “A very powerful moment was the hunger strike that was led by largely Black migrants in the Laval [Immigration Monitoring Centre],” Maynard says. In March, undocumented migrants led a strike in the Quebec facility where they are kept in prison-like conditions while their immigration status is decided. “They were drawing attention to the injustice of . . . being exposed to a potentially deadly virus.”

Pushing against deportation is just some of the grassroots work Maynard has done in her time at the front of the struggle against anti-Black racism in Canada. She’s also fought against racial profiling, police violence and detention. In 2017, she published Policing Black Lives: State Violence in Canada from Slavery to the Present, which takes a close look at the history of legalized anti-Blackness here. A national bestseller, the book is currently in its fourth printing (as well as her Twitter handle, @policingblack).

“We’re starting to really see a shift in the dominant perception of these institutions,” she says. After generations of community-based activism, Maynard is encouraged to see ideas usually relegated to academic and activist spaces—such as defunding the police—now being engaged with by the mainstream.

It’s inspiring for her to watch young people join their elders in the resistance, but cautions Canadians not to limit their attention to Black lives within our borders. “So much of the economy that people want to bring back to ‘normal’ is based on racial violence . . . [like] the presence of Canadian mining companies all over the continent of Africa and in Latin America,” she says. “The global economy is predicated on forcing Africans and Indigenous peoples from their lands, and destroying natural resources and displacing people.”

As new political visions are born, Maynard hopes that the fight against racism on the ground here will be connected to the need to end white supremacy worldwide.