The Halifax-based expert on environmental racism is guided by her passion for social justice. 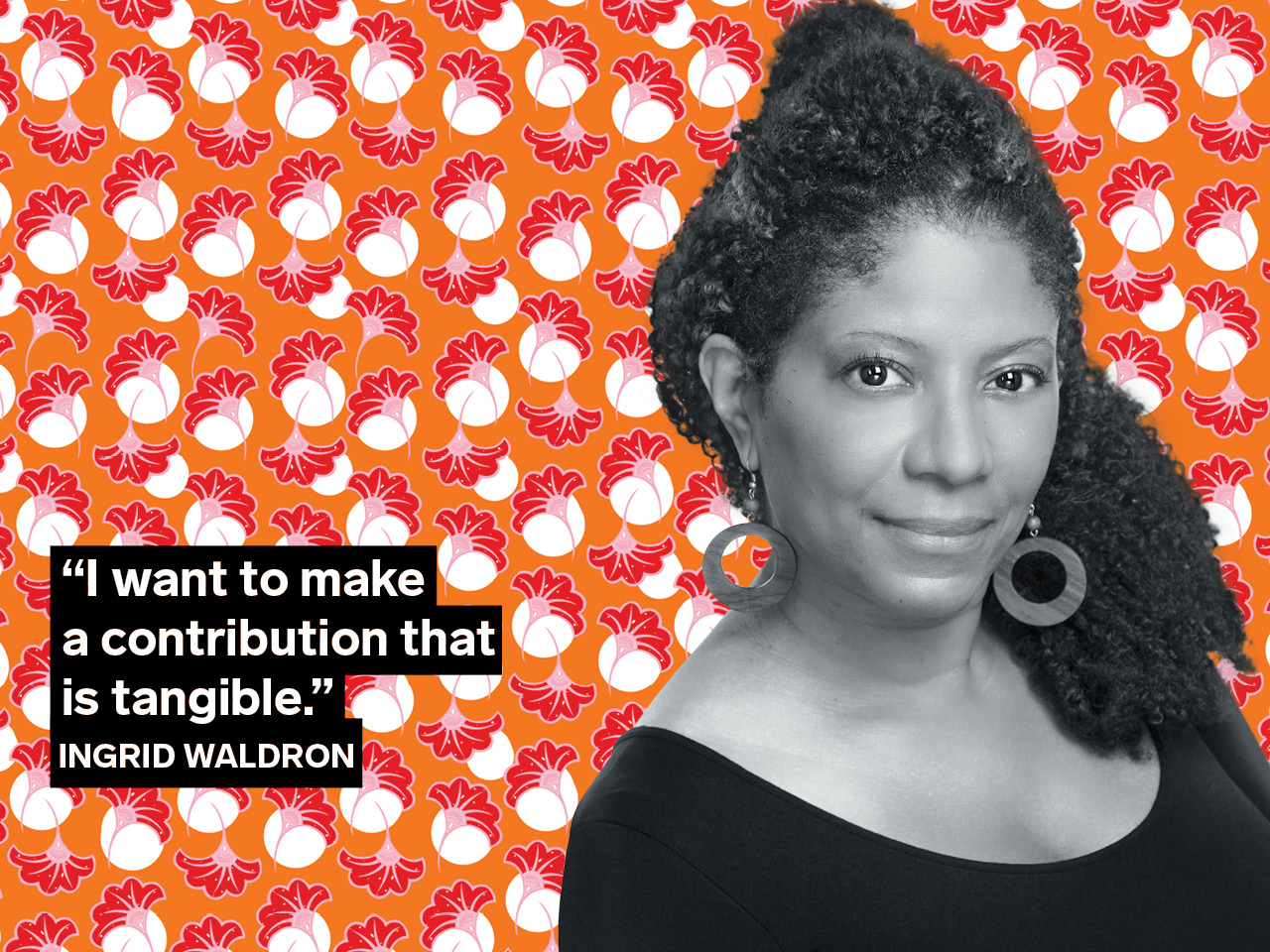 From the Canadian metropolis of Montreal to the Caribbean jewel of Trinidad and Tobago, Ingrid Waldron’s childhood was shaped by more than just the flavours of poutine and pholourie. For her, racism in the Canadian city where she was born meant being called the N-word and having her head pushed in the snow by peers. But those experiences were countered when, at age 11, she moved to her parents’ homeland of Trinidad and developed a new pride, power and politics around her Blackness.

Waldron spent five critical years in a country where Black leadership is the norm. She was taught by educators who looked like her and who opened her eyes to life’s possibilities. She returned to Canada armed with a self-esteem that served her well when the obstacles thrown up by systemic racism—like school administrators who tried to discourage Black students from higher academics—left her confused. “Who are you to tell me what I can and can’t do?” she recalls thinking. Her passion for social justice was born in those moments and has guided her work ever since.

Now an associate professor at Dalhousie University’s school of nursing in Nova Scotia, Waldron is an expert on environmental racism in Indigenous and Black communities. Across Canada, unwanted industry is often forced onto racialized communities, including toxic landfills and belching factories that lead to high rates of asthma. In 2018, she published There’s Something in the Water, building on her research to discuss the battle being waged against environmental injustices.

Though she’s not particularly religious or spiritual, Waldron recalls praying out loud that her book would lead to something great. “Before I leave this world, I want to make a contribution that is tangible,” she says. “I want to be able to see it, and I want it to be realized.” Two weeks later, she noticed that someone named Ellen Page was heavily promoting the book on Twitter (find Waldron @ingrid_waldron), but it took a while to realize that her admiring follower was the Ellen Page. Next came phone calls between the Halifax-born actor, Waldron and some of the Indigenous women Waldron works alongside. Then, Page came to Nova Scotia.

The initial plan was to film short vignettes based on the book for social media. But the footage was too emotional, and the topic too important, for such a small goal. The eventual full-length documentary, also called There’s Something in the Water, was screened at film festivals throughout 2019 and debuted on Netflix in March.

Waldron has been overwhelmed by the response: Marginalized people all over the world have been inspired by her work to tell the stories of environmental racism that are important to them.

“We’re in a real moment of reckoning—but through the pandemic of COVID-19 and the pandemic of anti-Black racism, I think people are finally starting to get it,” she says. The incantations Waldron spoke over her mission are coming to pass.