Sandy Hudson Is Bringing People Together To Make Concrete Change

“We’ve never had such a broad conversation in the public about the police,” says the co-founder of Black Lives Matter Toronto. 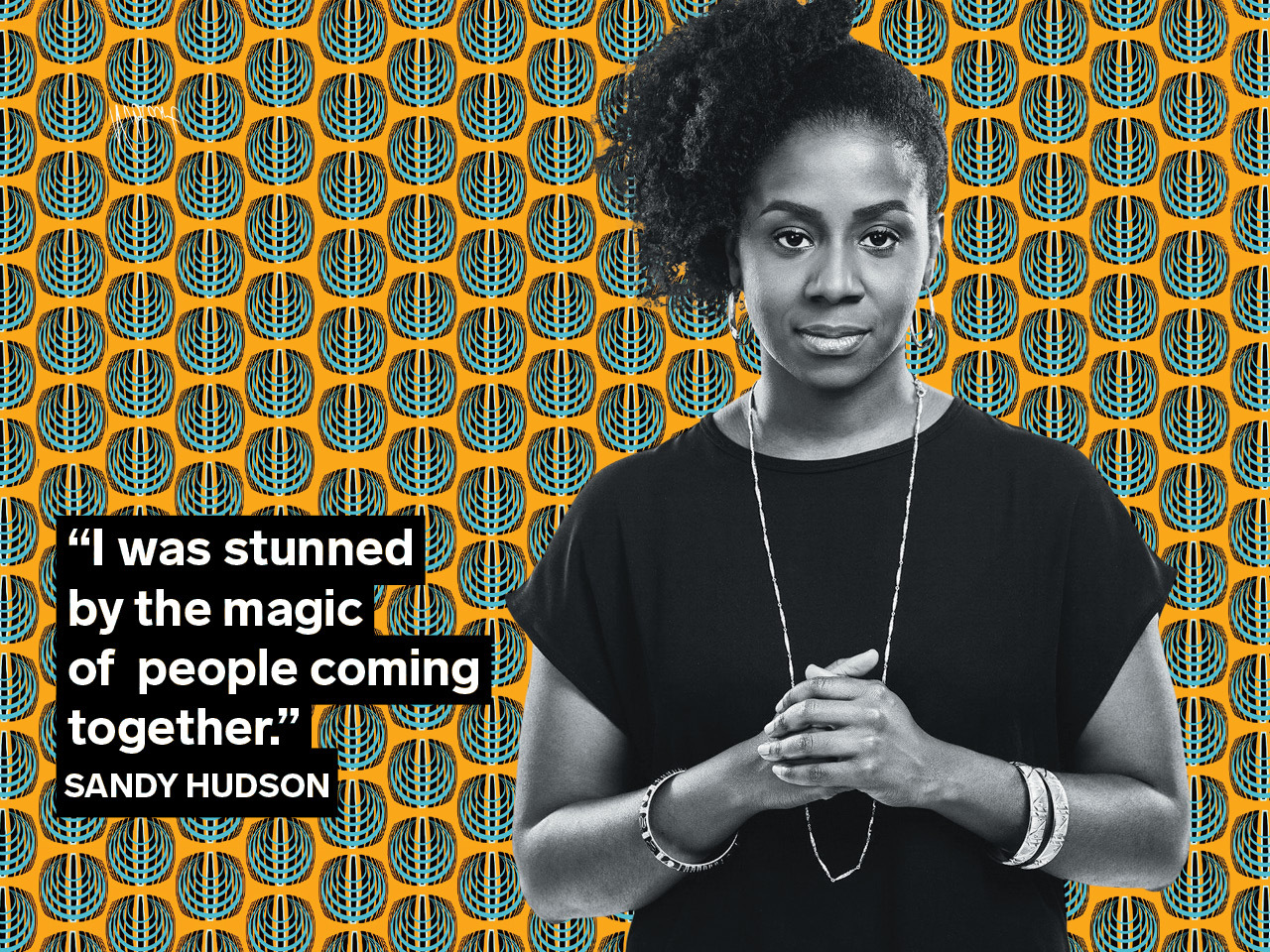 Sandy Hudson knows that this moment is different. According to the New York Times, between 15 and 26 million Americans participated in Black Lives Matter demonstrations in early June, making it perhaps the largest social movement in U.S. history. That doesn’t include the global protests against police brutality: In Canada, there have been actions in Vancouver, Regina, Winnipeg, Ottawa, Montreal, Halifax, Iqaluit, Charlottetown and Moncton, not to mention a number of smaller cities, and Toronto, where Hudson is based.

“We’ve never had such a broad conversation in the public about the police,” says Hudson, founder of Black Lives Matter Canada and co-founder of the group’s Toronto chapter, which has long been critical of Canadian police services. Back in 2016, the group interrupted the Toronto Pride parade, refusing to budge until the organization agreed to sign a list of demands specifically related to police involvement and anti-Blackness at the festivities. The result is that Toronto police no longer have a float in the annual parade, and police involvement with Pride continues to be minimized.

That’s a victory, but BLM isn’t finished. This year, the group is demanding that the city of Toronto “immediately redirect a minimum of 50 percent of the $1.1-billion [Toronto Police Service] budget toward the communities they have devastated,” by funding housing, food programs, public transit, public health, libraries and community anti-violence programs. It’s not impossible: Since massive protests began in June, city councils in Edmonton, New York City and Minneapolis, where George Floyd died, have approved budget cuts to each city’s police departments.

Hudson’s first foray into organizing came while she was attending the University of Toronto, when students successfully campaigned to win a tuition-fee freeze. “I was stunned by what I saw,” she says. “The magic of people coming together to organize, to educate one another, and then to take to the streets to force the government to listen.” She became involved in a number of social movements on campus, from poverty, to racism, to campus childcare, to Islamophobia.

While much of the year’s focus has been on police violence, Hudson, who is currently studying in Los Angeles (and is @sandela on Twitter), says the solutions must have a wider scope and consider the prison system, too, as well as border policies that are often weaponized against Black asylum-seekers.

Real and long-lasting change, Hudson says, requires holding decision-makers accountable beyond symbolic gestures. “If people refuse to support certain people in elections or refuse to let people get away with platitudes—like kneeling at a protest and doing absolutely nothing else—that is what will ensure that we get the changes that we need.”