Cicely Belle Blain Is Proving That It's Possible To Unlearn Prejudice

With the word “accountability” on everyone’s lips right now, this Vancouver anti-racist educator's work is to make sure that energy lasts. 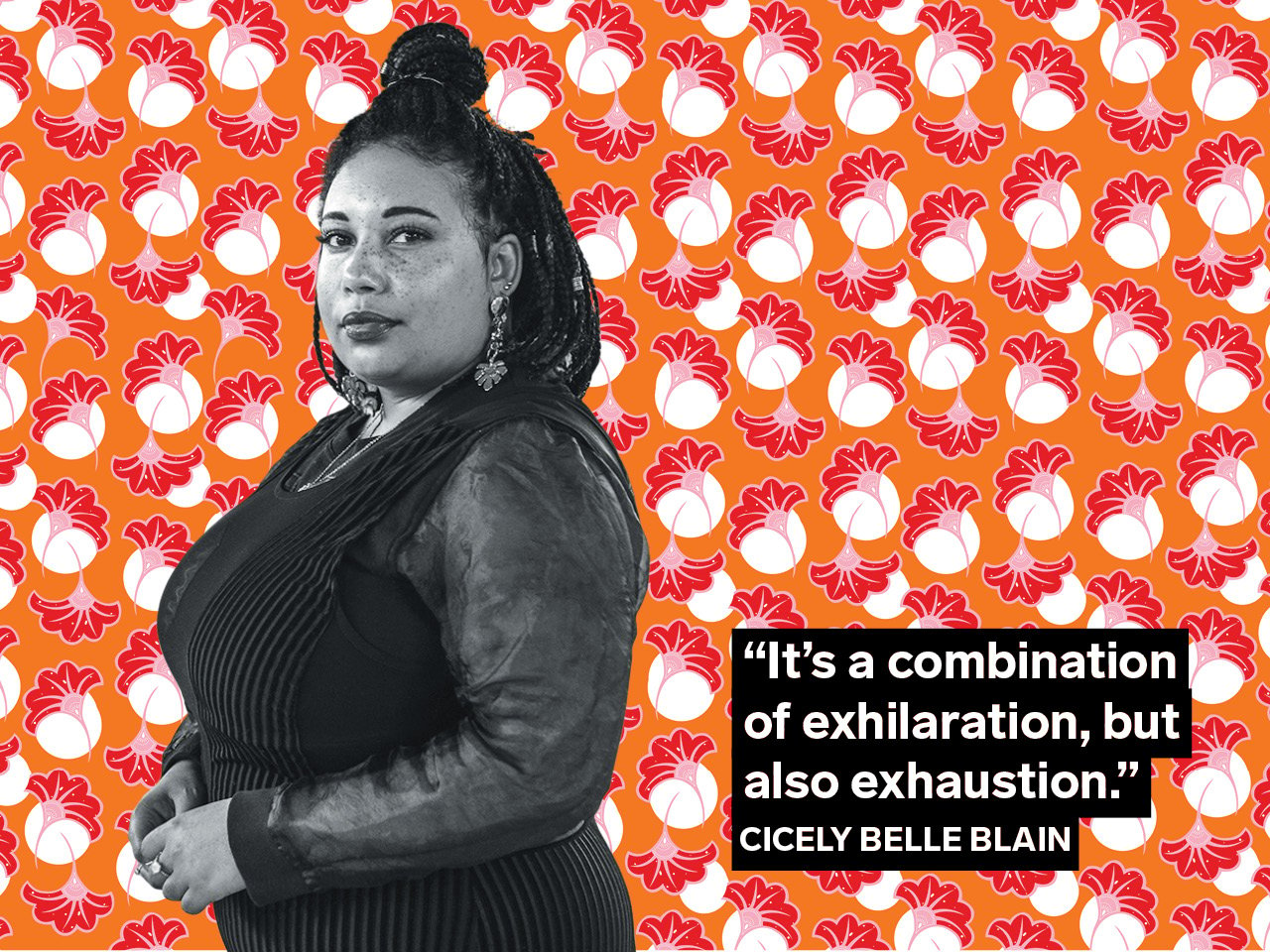 Watching millions of people wake up to anti-Blackness, police brutality and racism is complex for someone used to explaining those issues to much smaller audiences. Cicely Belle Blain (who uses the pronoun “they”) is the founder of Black Lives Matter Vancouver, as well as a consultant who helps businesses implement anti-racist workplace policies and practices. In other words, it’s been an intense few months.

“I’m coming down from a combination of exhilaration but also exhaustion,” says Blain (who’s on Instagram at @cicelybelle_xo). “There was a sense of urgency, with so many people emailing saying, ‘We need anti-racism workshops right now!’ ” While the requests are good for business, it can be draining to be a high-profile person in the anti-racism space as the movement gains traction.

Blain moved to Vancouver from the Netherlands about eight years ago, and founded the city’s BLM chapter in 2016. For three years, they led the organization, made media appearances and ran conferences, all while starting Cicely Blain Consulting on the side. While still a constant supporter, Blain stepped back from BLM last year to focus on growing their business.

The company offers workshops that can last anywhere from two hours to a full day: The most popular are “Intro to Racial Justice” and “Unlearning Anti-Blackness.” “We use a variety of interactive activities to get people thinking about unconscious biases . . . slavery, colonialism, micro­aggressions in the workplace and so on,” Blain says. “We then provide people with the tools to investigate their biases and practise inclusive language.”

Anti-racism is defined by action, not words, which is why clients are told that every aspect of a business must be turned over and exposed, from how new employees are hired, to reconsidering all policies, to ensuring that anti-racism workshops aren’t only attended by those who need them least. While the word “accountability” is on everyone’s lips right now, Blain’s work is to make sure that energy lasts. “Just because [a company] posts ‘We’re standing in solidarity with the Black community,’ it isn’t enough,” says Blain. “Success in this work is helping create and foster spaces where people feel safe and respected.”

In the battle against racism, 2020 has been a precipitous moment. Black people’s pain reached an excruciating new peak when Eric Garner said “I can’t breathe” in 2014; hearing George Floyd repeat those words last May triggered it anew. Now, we are looking out over a vista of hope, communication and change. But there are always clouds.

“Sustainability really comes from people recognizing how deep this work needs to be,” says Blain, who also has a collection of poetry, Burning Sugar, coming out with Arsenal Pulp Press this fall. Still, this year’s protests and uprisings have normalized speaking about racism in a way that makes them hopeful. “I really like using the term ‘accomplice’—it’s a recognition that we are all involved in and impacted by systems of oppression, white supremacy and racist power structures, and therefore we’re all fighting together.”