Marlihan Lopez Is Taking A Wide-Angle View Of Justice

The world will be better when Black women, queer Black people and others usually relegated to the margins are welcomed into the centre. 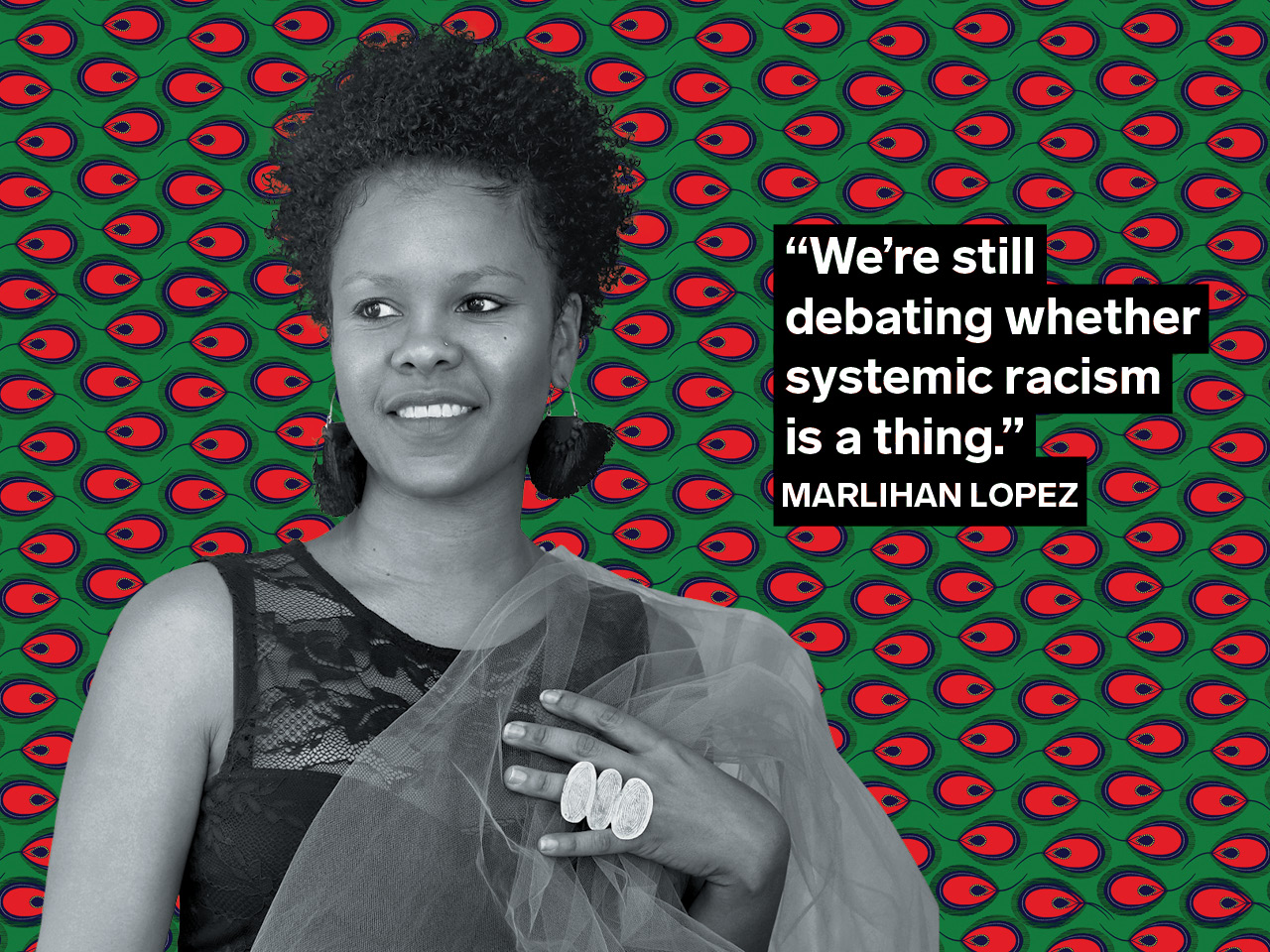 “Here, we’re still debating whether systemic racism is a thing,” says Marlihan Lopez about Canada’s brand of anti-Black racism. Born in Puerto Rico, the activist and scholar lived in New Orleans as a child and did her studies in Cuba as well as Montreal. “In Quebec . . . you can’t even name it. Other places I’ve lived it’s a known fact.”

Lopez hasn’t waited around for consensus. Since moving back to Montreal in 2015, she’s been too busy working to solve the problem. Her understanding of social justice is wide-ranging, as is her approach to tackling it: She’s worked with institutions ranging from Quebec’s Coalition of Rape Crisis Centres, to the non-profit Fondation Paroles de Femmes, to Hoodstock, an annual social forum in the city’s Montréal-Nord neighbourhood. As vice-president of the Quebec Women’s Federation, she’s agitated against Bill 21, the province’s so-called secularism law that bans public servants from wearing religious symbols, which has been widely condemned as Islamophobic.

Unsurprisingly, she’s marched a lot this year, including with Black Lives Matter—or, as she and others painted in massive letters on Sainte Catherine street in June, “La Vie Des Noires Compte (check it out on her Instagram). Systemic racism isn’t the only problem she has with policing—negligence in addressing violence against women is on her radar, too. “Montreal North’s police station has the highest amount of disclosures of sexual assault [in the city],” says Lopez, who also advocates for sex workers’ rights. “You have police in schools but no resource centres for survivors of sexual violence.”

Lopez has lately been thinking about how inclusivity gaps open up even in her own sphere. “I wasn’t really aware of how ableism invaded our activist circles and spaces for organizing,” says Lopez, who recently joined Concordia University’s Simone de Beauvoir Institute, which oversees Canada’s oldest women’s studies program. “Being the mother of a Black, autistic child gave me sensitivities around how to . . . make our spaces accessible and welcoming.”

She deeply believes that the movement—and the world—will be better when Black women, queer Black people and others usually relegated to the margins are welcomed into its centre.