Dr. Onye Nnorom Is Healing Medicine From The Inside Out

The Toronto doctor and assistant professor is focused on the ways racism can negatively affect health. 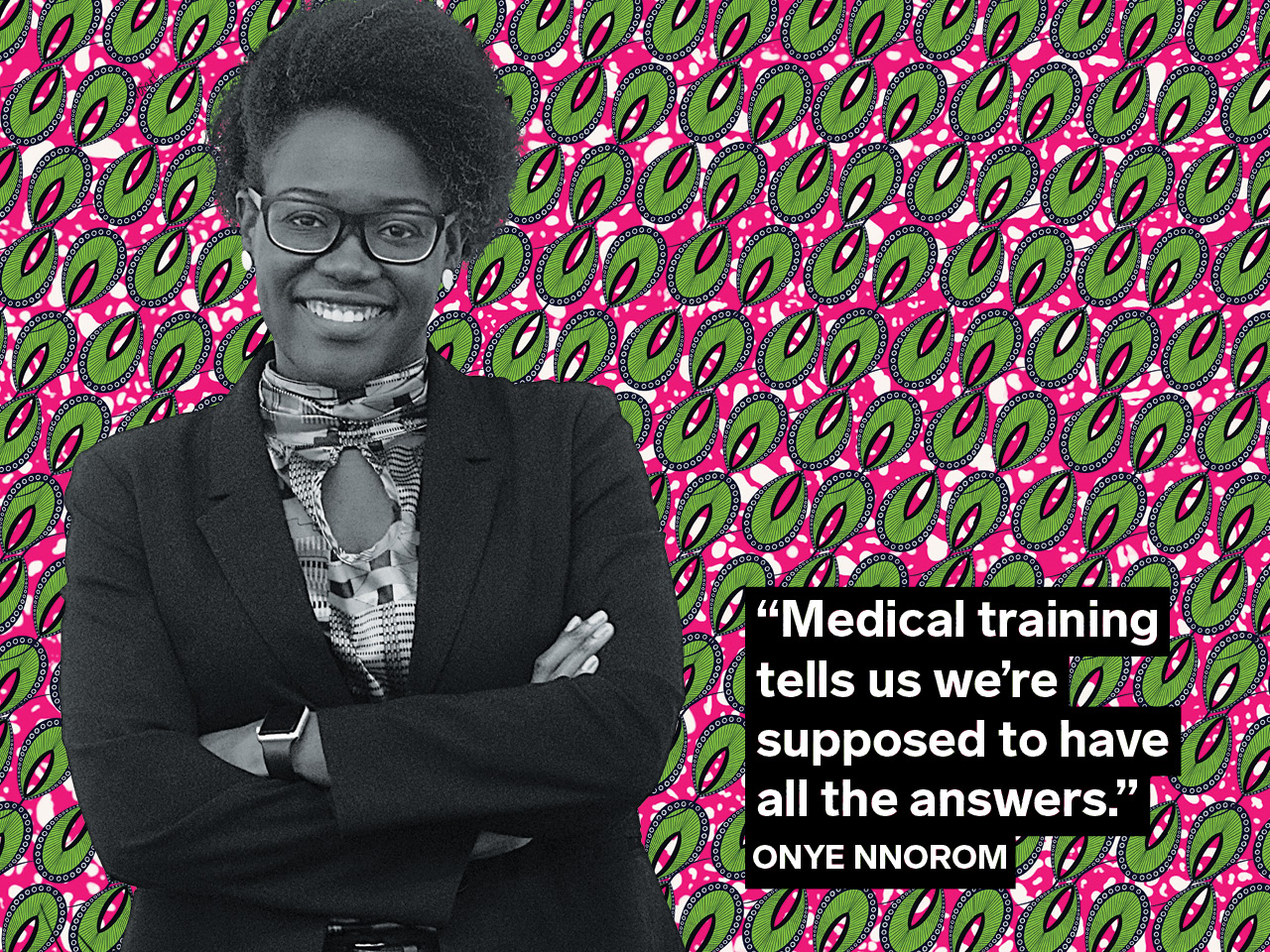 In February, Dr. Onye Nnorom and her team at the University of Toronto launched the podcast Race, Health and Happiness. Aimed at students, especially those in the medical school, the show isn’t an Intro to Anti-­Racism course. Focused on the many ways racism can negatively affect health, it places the experiences of Black, Indigenous and other racialized people at its centre.

Nnorom is an assistant professor at the Dalla Lana School of Public Health, and leads the Black health curriculum at the faculty of medicine. Her inspiration for the show was the many students who ask her how to deal with issues they face themselves. They look up to her as a leading voice pushing Canada’s medical system to recognize, study and address anti-Black racism.

The podcast is one way of passing on the mentorship that was crucial to her own career: While Black physicians were the norm in the Montreal Nigerian community where she grew up, they were mainly inaccessible older males—“like astronauts,” she recalls. Despite her high grades and keen interest, medicine didn’t seem like a real possibility. Then, at 21, she entered a mentorship program led by young Black physicians, including many women.

Nnorom applied to medical school at McGill University at the last minute, and got in. But her education there leaned heavily on the bias that poor health outcomes for Black folks are wholly the fault of Black communities. Nnorom didn’t realize how deeply those biases were ingrained until she started working at TAIBU, a community health centre that serves Black communities across the Greater Toronto Area.

“I came in, bright-eyed and ready to fix,” she says. Then, executive director Liben Gebremikael gave her some paradigm-shifting advice. “He told me, ‘Whatever issues the community is facing, the answers are in the community,’ ” she says. “It took me some time to get it, because medical training tells us that we’re supposed to have all the answers.”

Nnorom realized that the factors causing disparities for Black communities—such as higher-than-average risk of cardiovascular disease—were aspects of systemic racism. She became driven to develop medical education that acknowledges the health impacts of racism and to deliver that knowledge to students, policymakers and physicians.

As global discussions about anti-Black racism took centre stage this year, Nnorom developed cautious optimism. “I’m a hopeful person, which is why I do the work I do,” says the doctor, who is president of the Black Physicians’ Association of Ontario, and on Twitter @OnyeActiveMD. Still, she knows how long it’s taken for this moment to arrive. “Once we move past this acute crisis phase, we need to see if society is ready for structural change,” she says.