This Cookbook Features Meaningful Recipes From Trans People of Colour 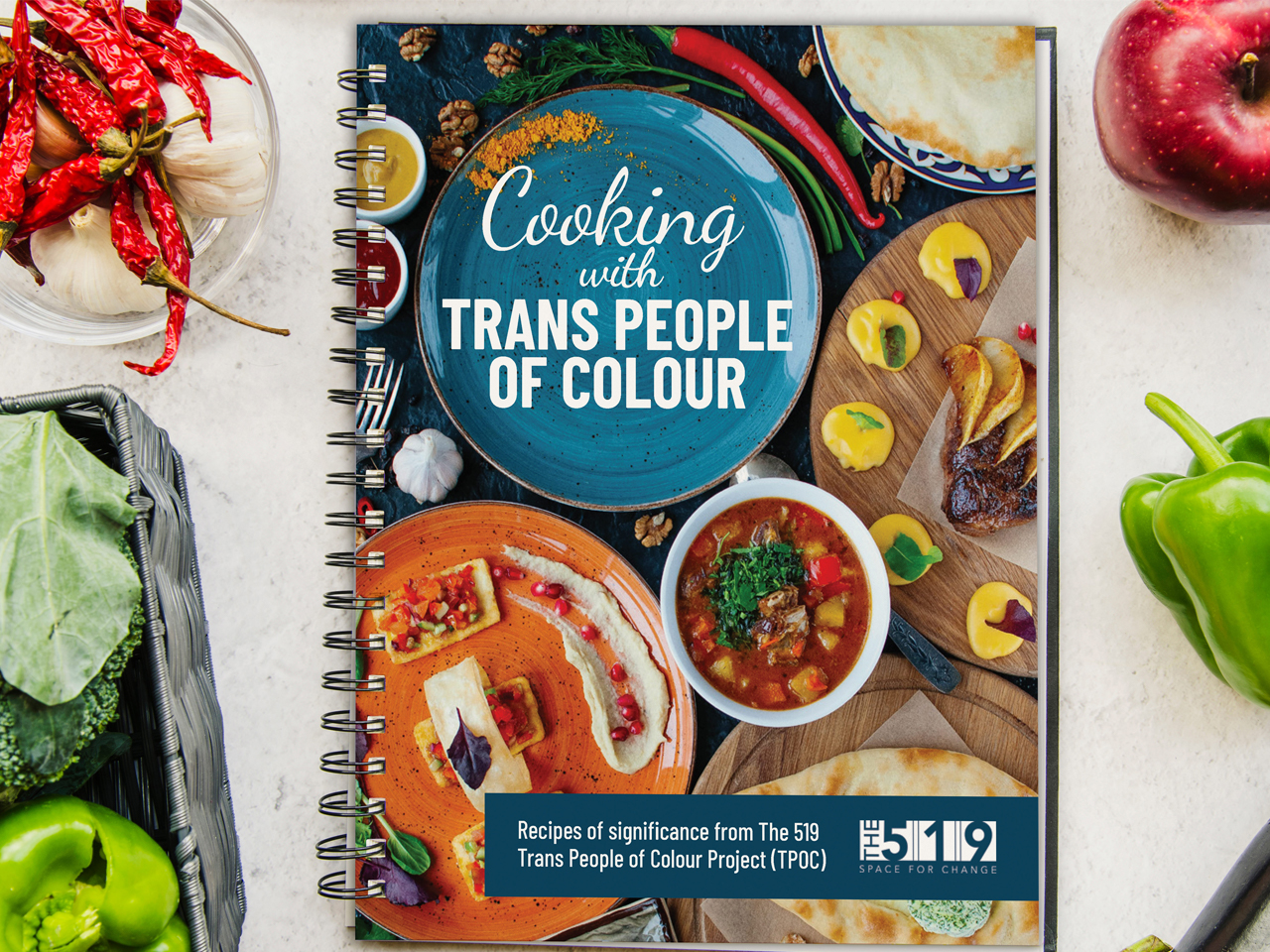 When the idea of the Cooking with Trans People of Colour cookbook first presented itself, Angel Glady felt elated. It was a chance to demonstrate her love for cooking and give back to her community. Glady is one of five contributors to the book, put together by the Trans People of Colour Project (TPOC), which aims to provide affirming support, greater access to food security and sexual health information for racialized trans people. TPOC is itself a three-year undertaking by The 519, an organization in Toronto dedicated to the inclusion of the LGBTQIA+ community.

TPOC’s recently released cookbook contains meaningful recipes curated by their members and project team. Cooking with Trans People of Colour, released on March 25, spotlights TPOC’s racialized trans people, in celebration of the Trans Day of Visibility. It also includes information on cooking and eating on a budget, hormones and healthy eating for trans people.

Glady, originally from India and now living in Toronto, is a performer, dancer, theatre artist and TPOC peer leader. After living for 10 years as a trans woman in India, she moved to Canada in 2017. She contributed a few dishes to the cookbook, including this rall curry and paruppu recipe—a Sri Lankan dish that has a long history with Tamil people. To commemorate the cookbook’s release, we chatted with Glady about her experience as a member of TPOC and as a newly minted recipe writer.

How did you get involved with the 519 and the Trans People of Colour Project?

When I came to Canada, one of my friends introduced me to the 519 because I was looking for a place where I could see my community of people. Then I started coming for so many different trans-specific programs [like Meal Trans, Virtual Trans ID Clinic and the Trans Youth Mentorship Program]. I got benefits out of the programs, so I wanted to volunteer. I really felt like I got helped by the 519 when I needed it the most.

I started as a volunteer, and when they had a trans-specific program, they asked me whether I was interested in participating. They trained me in food handling, first aid [and] conflict resolution, so I can serve my community better.

Who came up with the idea for this cookbook?

It was a collective idea. Initially, TPOC decided to cook for and cook with trans people. We wanted to share our cooking techniques and our cultural dishes. Then, slowly, we decided that each week one person would take the lead and cook their own country’s food. Every week, we started cooking different countries’ foods. Then we thought, “Why don’t we write a cookbook? We can add our own recipes.”

Why did you start cooking?

I started loving cooking because my parents worked, and it was hard for them to manage me and my brother and do all the cooking and cleaning. I started by washing the dishes and helping cut the vegetables. I don’t even remember what age I started to cook. After that, I became fascinated and would replicate my mom’s recipes and create my own dishes.

When you see someone enjoying the food you make, nothing equals that feeling. It’s amazing. I always invite people over. I cook for a large crowd, even back in India. In my house, there were always six or seven trans women. We lived together and I had to cook every day. I loved it. Every girl in the house loved my cooking and would ask, “when are you going to cook this dish?” They were so eager, and it drives me to make great food.

Did you ever use food to escape the hardships you were facing?

Most trans women are abandoned and thrown out of their families. When I’m cooking for trans people, it’s making them feel like they have a family. It’s giving them hope that even though they’re not talking to their blood-related family, they have a chosen family. The kitchen is one of the places where you can share your experiences and talk about how you’re coping with a situation. It’s giving them hope that they’re not alone in this life.

Because the food scene is so diverse in Toronto, did it make your move from India easier?

It’s quite the opposite. Right after I moved, I was so nervous because I didn’t know what kind of food I was eating. Without exploring other cultures’ foods, you don’t know what it tastes like, what ingredients are used. For example, I didn’t know what alfredo sauce, kimchi and so many other things were. I also didn’t have any money and trying to find something that was cheap, healthy and tasty was difficult.

What is your favourite dish to make from the cookbook?

The dosa is my favourite because I love dosa, and I make really good dosa. It’s also the first dish I learned to cook.

What can allies of the trans community do to support trans people?