Five health benefits of parsnips and a parsnip chip recipe

Parsnip chips are a great party snack. Find out how they can help boost your mood and build immunity this winter. 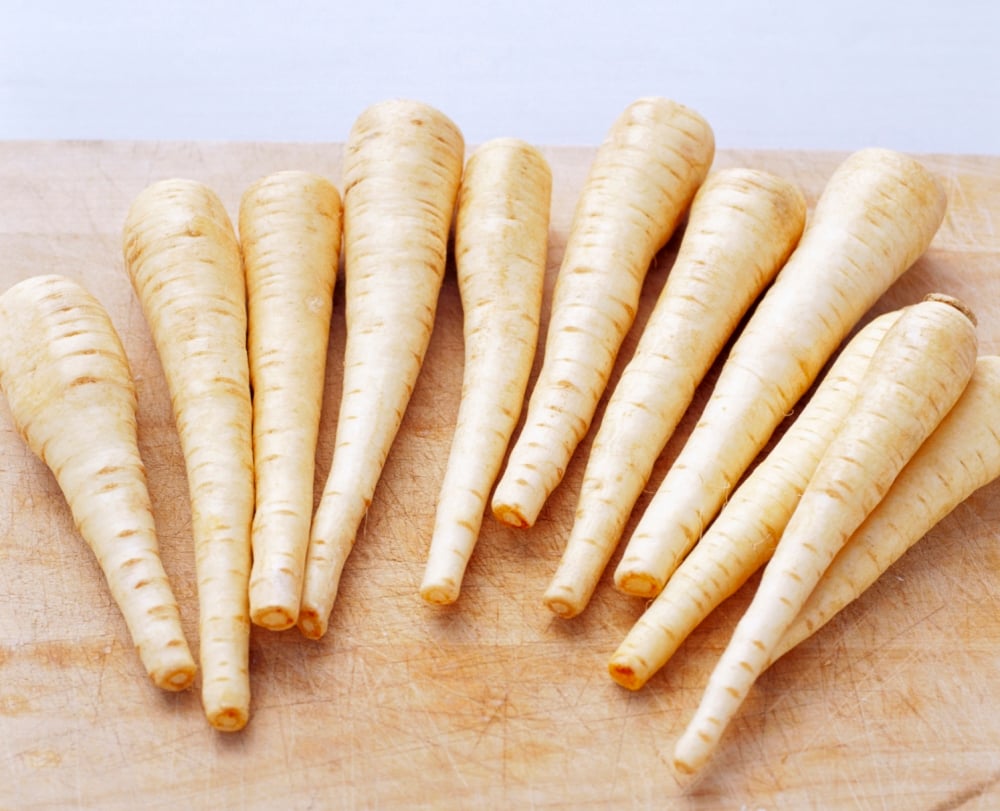 Parsnip dishes are a nutritious addition to any holiday meal. Many people think parsnips are just pale carrots, and though they are in the same family, they’re not one in the same. One thing they do have in common is the ability to boost serotonin in the brain, which helps you feel happier! Parsnips also contain falcarinols that have strong antibacterial, antimicrobial and antifungal properties, aiding the body in the fight against inflammation.

Read on for more health benefits of parsnips and get our healthy take on the potato chip with a parsnip crisp recipe:

1. They help regulate the immune response. Dendric cells play a key role in the regulation of the immune system. Studies show that the compound falcarindiol (FAD), found in parsnips, has the ability to stop dendritic (or immune) cells from reaching maturity. The ability to suppress the immune system gives parsnips great potential to be part of a new therapy for the treatment of autoimmune and allergic diseases.

2. Reduce the risk of type 2 diabetes with parsnips. Several studies show that there’s a direct link between the consumption of fibre rich foods, such as parsnips, and a reduced risk of type 2 diabetes. One cup of parsnips has almost 7 grams of fibre, particularly soluble fibre, which is responsible for lowering cholesterol levels and regulating blood sugar.

3. Parsnips can lower the risk of an upper respiratory tract infection this winter. Parsnips are rich in vitamin C which helps the body fight off infections by supporting antibacterial activity and regulating the immune system. It also plays a crucial role in the formation and integrity of skin, along with the epithelial barriers that line the cavities and surfaces within the body like the respiratory tract.

4. Parsnips may play a role in reducing the risk of ovarian cancer. One cup of sliced parsnips contains more than 22 percent of the daily suggested intake of folate, also known as vitamin B9. Studies show that folate from food sources may be associated with a lower risk of ovarian cancer especially in women who drink alcohol on a regular basis.

5. They can help fight colon cancer. The FAD in parsnips has also been shown to inhibit tumour growth. It’s able to seek out and destroy colon cancer cells, leaving the healthy epithelial cells unharmed. The compound has proven to be the most effective compound in dealing with acute lymphoblastic leukemia, the most common malignancy diagnosed in children. 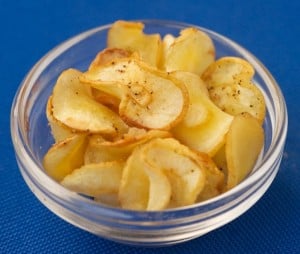 Directions
1. Slice parsnips in a food processor or mandolin on a thin (2 mm) setting.

2. Using an olive spray bottle or brush, lightly apply oil to the parsnips.

3. Lay chips out in single layer on baking sheet and apply seasoning.

4. Bake at 350F until lightly browned and crisp.
Watch closely as they may take anywhere from 30-35 minutes depending on the amount, the thickness and your oven.

5. At 15 minutes, flip chips and move them around to avoid over cooking the chips on the outer edge.

What’s your favourite parsnips recipe? Let us know in the comments below.

Nutritionist Julie Daniluk hosts Healthy Gourmet on the Oprah Winfrey Network (OWN), a reality cooking show that looks at the ongoing battle between taste and nutrition. Her first book, Meals that Heal Inflammation, advises on allergy-free foods that both taste great and assist the body in the healing process. Check out more amazing recipes and nutrition tips at www.juliedaniluk.com