What Happened When I Decided To Go Cold Turkey On Sugar

It might have been smarter to slowly scale back my consumption of sweets. 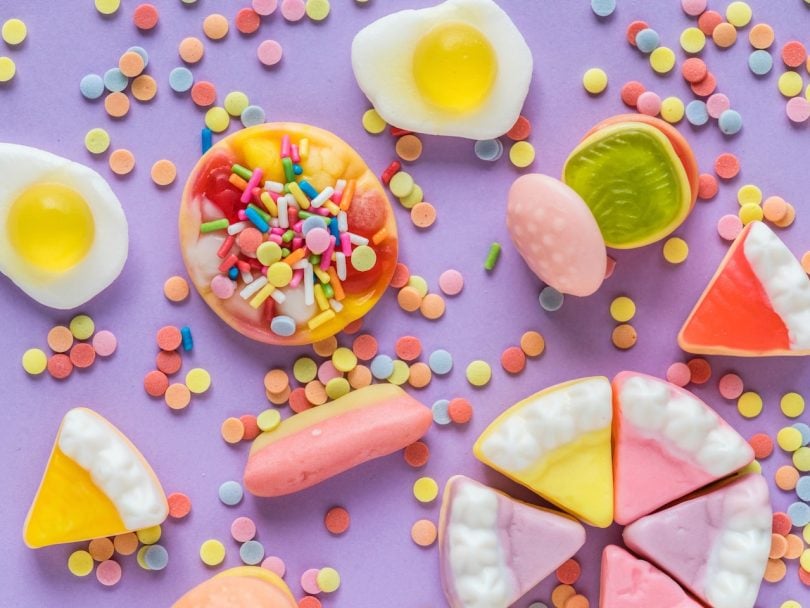 Sometimes a walloping dose of optimism is the only way forward. Take, for instance, my efforts to cut all added sugars from my diet. Heading into this challenge, I thought it wouldn’t and in fact couldn’t be that hard. Sure, I knew it meant no more heaping spoonfuls of brown sugar on my morning oatmeal, no more chocolate, and I’d definitely have to stop sneaking the odd sugar cube from the office kitchen. But at the same time I’ve never been more motivated to clean up my diet. Nutritional scientists have been zeroing in on the potential long-term effects of eating sugary food, and it’s not pretty. The ballooning rates of obesity, diabetes, heart disease, various cancers and even Alzheimer’s have all been linked to sugar consumption. And while the World Health Organization recommends that only five to 10 percent of our daily calories come from sugar, the typical Canadian eats about two to four times that amount. I was ready to tackle my thickish waistline (which raises my risk of developing one or more of those medical issues) once and for all. I stocked up on plain yogurt, raw almonds and soda water. Then, I savoured my last butter tart.

Very quickly, I found out what a sugar withdrawal really feels like. It’s worse than you think. In those first unsweet days, it was like colour had been drained from the world and the fun had been sucked away: everything felt and tasted grey. I was peevish and miserable. It was impossible to try to down a glob of unadorned steel-cut oats and not feel sorry for myself. Things I haven’t eaten in years suddenly become fodder of daydreams: crumpets dripping with honey, Maltesers, Nanaimo bars and even those weird marshmallow strawberries they had at Girl Guides camp.

I snapped at my kids, was short with my husband and impatient with everyone else. It was clear I had vastly underestimated how entwined sugar had become with my general happiness, and how easy it is to treat every day like it’s Halloween—especially as a way to cope with current events. But because of that initial optimism, I kept on going. All these months of strengthening my willpower—you can’t do planks without it—helped.

But it was super annoying. Sugar, once a scarce and expensive commodity that was saved for special occasions, is everywhere. A study in The Lancet found that almost three-quarters of packaged foods and drinks in the U.S. are laced with some form of sweetener. So, I hawkishly scanned nutrition labels and was a killjoy at pretty much all social gatherings, turning down candied orange peel a colleague made, forgoing the dessert table for a plate of blueberries at a baby shower, sticking with tea instead of shiraz when I got together with friends.

Of course, it would have been much easier if I had slowly scaled things back instead of attempting to go cold turkey. Dietitian and naturopath Jennifer Salib Huber doesn’t recommend this hard-core approach—it tends to set off what she calls a deprivation cycle (my crazy gummy bear cravings confirms this). She counsels her clients to eat more intuitively. “Don’t focus on restrictions,” she says. “It’s better to ask yourself if you really want it. Give yourself permission to have the treat, but also give yourself permission to skip it if it’s not what you’re really craving.”

I take her point, but I’d just finished Gary Taubes’ compelling (and chilling) book The Case Against Sugar, in which he meticulously lays out how scientists, dietitians and lobby groups have misled and even thwarted research into the impact sugar can have. It made it a lot easier to say no to a cookie after reading about how there is likely no safe amount of sugar, just like there isn’t a healthy number of cigarettes. I wanted to reset my taste buds and change my habits; moderation wasn’t going to get the job done.

And the thing is, with each week that went by, I started to feel better. The cravings dimmed (let’s face it, they’ll never completely go away), and my grumpiness began to subside. I slept better, felt calmer—and the tape measure shows a small but noticeable improvement. I also got smarter about what I could eat. My morning oatmeal is much more palatable with berries and seeds. If I’m still needing a little something after dinner, I’ll have a nice slice of pecorino cheese. I even have a small sweet thing every now and then. But because it’s a rare event, it really is a treat. That, I think, is the key. After one bitter month, I completely recalibrated my relationship to sugar. It was agonizing at times, but being able to look at a salted caramel chocolate brownie and realize I don’t want it feels downright revolutionary.