Here Are The Real Health Benefits Of Chia Seeds

According to believers you'll sleep better, lose weight and stave off disease. But how much of that is true? 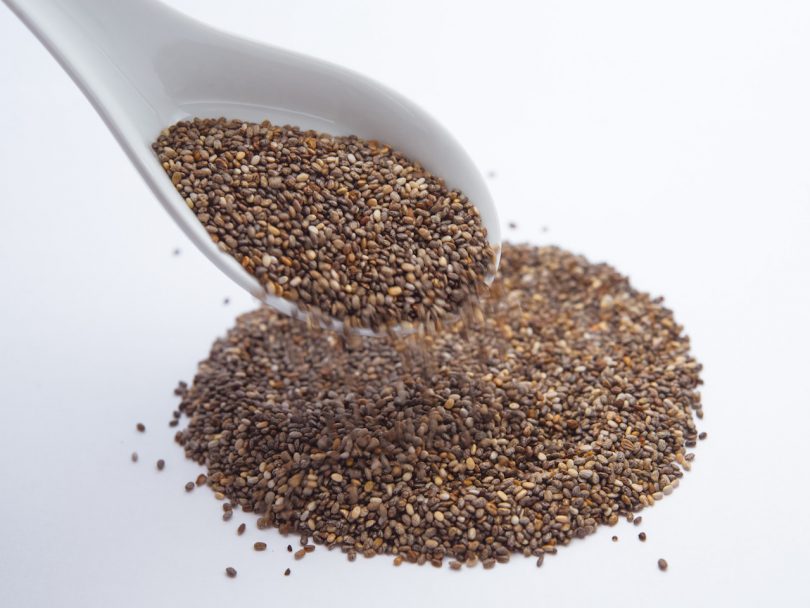 Chia seeds have come a long way from their as-seen-on-TV Chia Pet days. Recently, they’re being touted as a superfood, full of antioxidants, protein and fibre. Fans claim chia seeds reduce fat absorption, help prevent heart disease, make you sleep better—and point out that the Aztecs revered chia, believing it offered strength and stamina. But are these health claims myth or reality? We checked the science.

Are chia seeds packed with nutrients and omega-3s?

Yes. A serving of chia seeds (two tablespoons) has close to four grams of protein and 136 mg of calcium—close to 20 percent of the daily calcium needs for women under 50. It also boasts seven grams of filling fibre. And it’s high in alpha-linolenic acid (ALA), a plant-based omega-3.
But: “Unfortunately, the more potent kinds of omega-3s are DHA and EPA, which are the kind we would find in fish,” says Tristaca Curley, a registered dietitian in Kelowna, B.C. “Our bodies can convert ALA to DHA, but we’re not very efficient at doing that, so only a small amount is converted.”


Not really. While the fibre in the seeds does latch on to fat in the GI tract, “that’s happening at a microscopic level,” says Curley. “It doesn’t mean that if you have a dose of fibre, you’re suddenly not going to absorb as much fat from your meal or lose weight.”

Are chia seeds full of antioxidants?

Absolutely—the seeds have plenty of vitamin C, beta carotene, selenium and manganese. Those are all antioxidants that help your body defend itself against cell damage, resulting from natural aging processes and environmental pollutants.
But: The science around antioxidants isn’t as clear as you might think. While there’s strong evidence that people who eat more fruits and vegetables have a lower risk of heart disease, cancer and stroke, researchers are not sure exactly what specific components are responsible for that. The same foods that are high in antioxidants are also high in fibre, vitamins and minerals, and low in calories—all of which could also be responsible for that positive effect.

It’s not proven. There have only been a handful of studies on chia seeds’ impact on people’s health, with mixed results—one 12-week study on overweight adults gave people two tablespoons of chia seeds a day, and found no difference in blood pressure or weight loss. Another on overweight women had a similar effect. There are two positive studies on chia seeds and heart disease and diabetes that are often cited, but neither point to long-term health benefits of chia on its own. One study looked at chia in combination with protein and soy, and the other only looked at results two hours after eating the seeds. Meanwhile, a review of the current research on chia seeds and heart health found seven relevant studies — and no statistically significant results.
But: “We know that fibre slows down how quickly your blood sugar rises after eating,” says Curley, adding that the high protein, vitamin and mineral content also carries potential health benefits. “If you look at the nutritional components individually, it makes sense that chia seeds would lower your risk of diabetes and heart disease.”

Not likely. Two tablespoons of chia seeds have only 0.094 g of the sleep-inducing chemical tryptophan—way less than the three grams found in a turkey breast. Plus, we now know that high-in-tryptophan foods like turkey, on their own, aren’t the reason we get tired after a big meal. It’s more likely the carbs and glasses of wine.

Are chia seeds a superfood?

Sure, considering there’s no set definition of a superfood. That said, chia seeds are an unprocessed whole food, full of vitamins and minerals.
But: The term superfood is a pet peeve of many dietitians, partly because of the health-halo effect, which makes people underestimate the number of calories in foods they think are healthy. “I don’t like the term superfood because it gives people the idea that if you change nothing else but add two tablespoons of chia seeds to your diet, it’s going to undo everything,” says Curley. “As soon as we find a food that has health benefits, people are like, ‘Let’s make that into a cupcake!’ Chia seeds are great, but how you prepare them matters. Just like potatoes are a great whole food, but fried into French fries? Not so much.”