Why The Queen’s Gambit Is Netflix’s Most-Watched Show 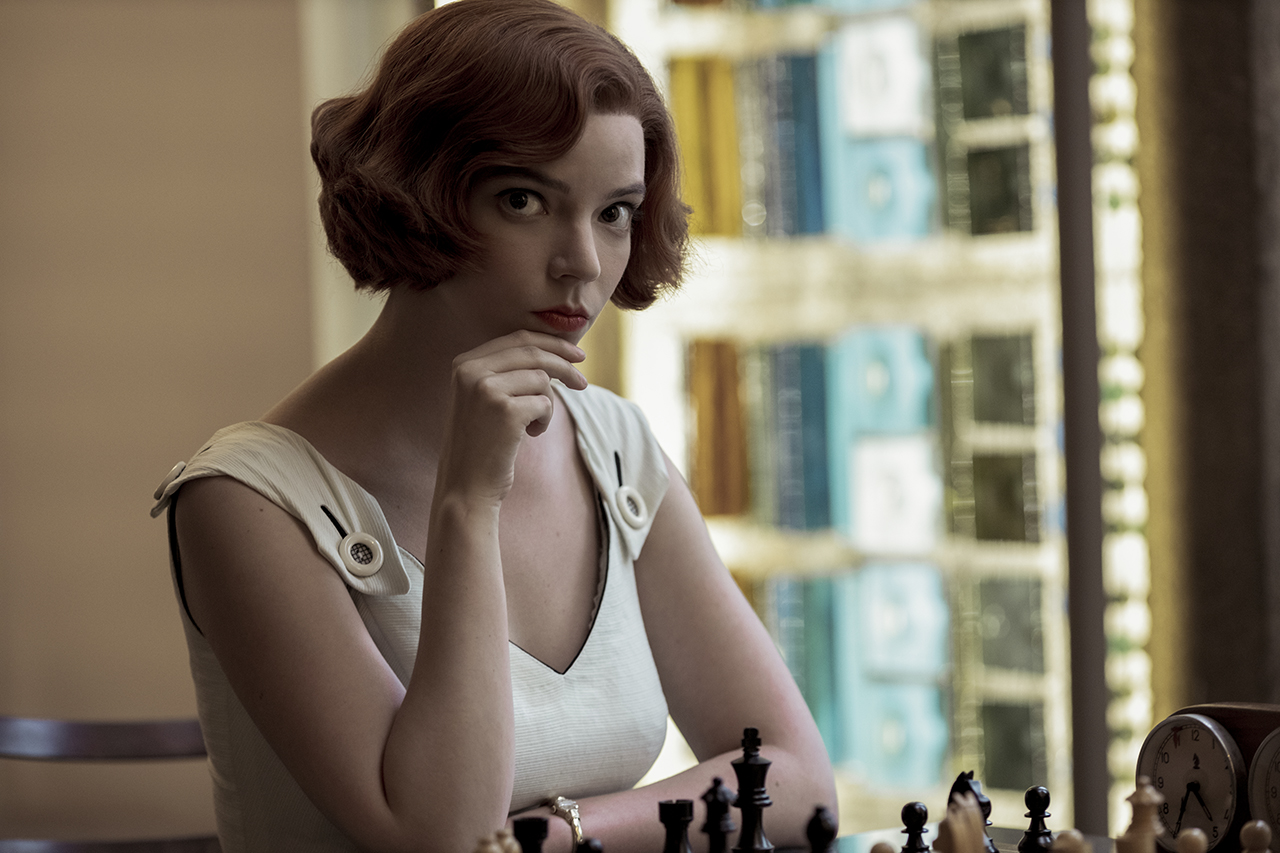 In only seven episodes, the Netflix original series The Queen’s Gambit tells a wildly engrossing tale of a gifted chess prodigy named Elizabeth ‘Beth’ Harmon who becomes one of the best chess players in the world despite the extremely high odds stacked against her. Based on Walter Tevis’ 1983 novel of the same name, Beth’s journey is a bumpy one. She contends with family trauma and addiction and makes her way through a game dominated by men, as she goes from learning to play chess in a Kentucky orphanage at the age of nine to battling Russian grandmasters in Europe in the 60s. It stars Anya Taylor-Joy—and her performance easily makes chess riveting.

Here are five reasons the most-watched show on Netflix right now is a must-see. 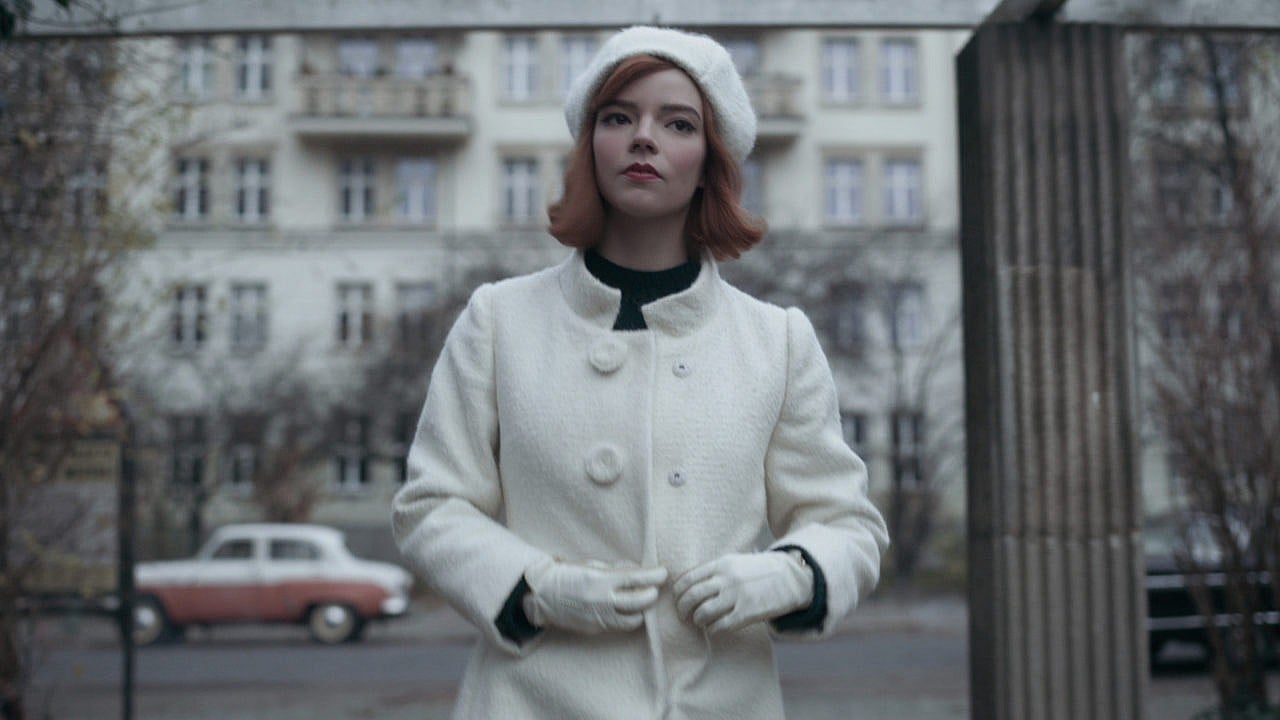 Beth sports a series of stylish looks throughout the course of the series, with playfully patterned circle skirts and flared dresses topped off by fierce cat-eye sunglasses. There are cute saddle shoes to admire, along with some chic coats. I’ve been coveting Beth’s ethereal all-white ensemble (above) from the final episode since I watched it. But don’t just take it from me: the costumes are so good that they’re part of a new virtual exhibit alongside the opulent gowns from The Crown, which means you can lust after all the elegant outfits from the comfort of home.

Although Beth’s particular journey isn’t based on a true story, the show pulls back the curtain on what life was actually like in the ’50s and ’60s. You get a brief taste of hippie culture, a peek into U.S.-Russia relations, and some snippets of the music that dominated the airwaves—you won’t be able to get Shocking Blue’s danceable “Venus” out of your head.

The series also takes a special interest in women’s experiences during that time. In one scene, Beth’s adoptive mother puts on her makeup and styles her curls just to vacuum the living room. In another, Beth tries to fit in with the “cool” clique of girls from school—but their only interests and hobbies revolve around boys. It’s a cultural snapshot of what it meant to navigate a world that expected women to sit at home and look pretty. As Beth advances in her career, her classmates, whose goals are to get married and have kids, are impressed and stunned to see that women are allowed to want more.

Overall, the cast is stellar. There’s Harry Melling (remember him as Dudley Dursley from Harry Potter?) and Thomas Brodie-Sangster (the kid from Love Actually is all grown up!) who give captivating performances as competitors-turned-friends to Beth. But it’s Taylor-Joy who truly is the beating heart of the show. Watching her transform from a gawky teenager to an icy young woman with the world at her feet is enthralling. Every move she makes is done with emotional precision regardless of whether Beth is on a booze-fuelled breakdown or relentlessly attacking her opponent on the board.

You feel compelled to root for her as Beth, as she challenges obstacle after obstacle, numbing each setback in her personal life with pills and cocktails. Her knockout performance is Emmy-worthy, dripping in both tenderness and ferocity.

It’s the story of a woman climbing to the top

Chess is a boy’s club, and Beth has to fight to be taken seriously. From the get-go, she’s underestimated by everyone, but especially by men. During her first tournament, she’s laughed at when she signs up to compete without a ranking. But she never wavers and blows everyone away as she beats them with ease. Slowly she proves herself to the masses as she travels to France, Mexico, and Russia, becoming such a force to contend with that she leaves her male competitors in awe of her brilliance. Many of the men who initially doubted Beth end up rooting for her, becoming magnetized in her orbit while also offering crucial support.

The chess scenes are incredible

Simply put, the chess matches are like watching a fast-paced action movie. The pieces fly and whirl across the board with each actor’s swift moves, which makes it thrilling to watch for both chess aficionados and for those who don’t play. Taylor-Joy, who used to study ballet, described learning the movements as a “dance routine for [her] fingers” and it’s safe to say that’s exactly how exciting it looks. The battles on the board are intense and captivating yet completely natural and believable. You have no choice but to keep your eyes locked on all the pieces.