Feist At 45: The Singer/Songwriter On New Motherhood, Losing Her Father And Returning To The Stage

Even before COVID-19 disrupted the routine of touring artists, Feist had already experienced a huge change: At the end of 2019, she became a mother. 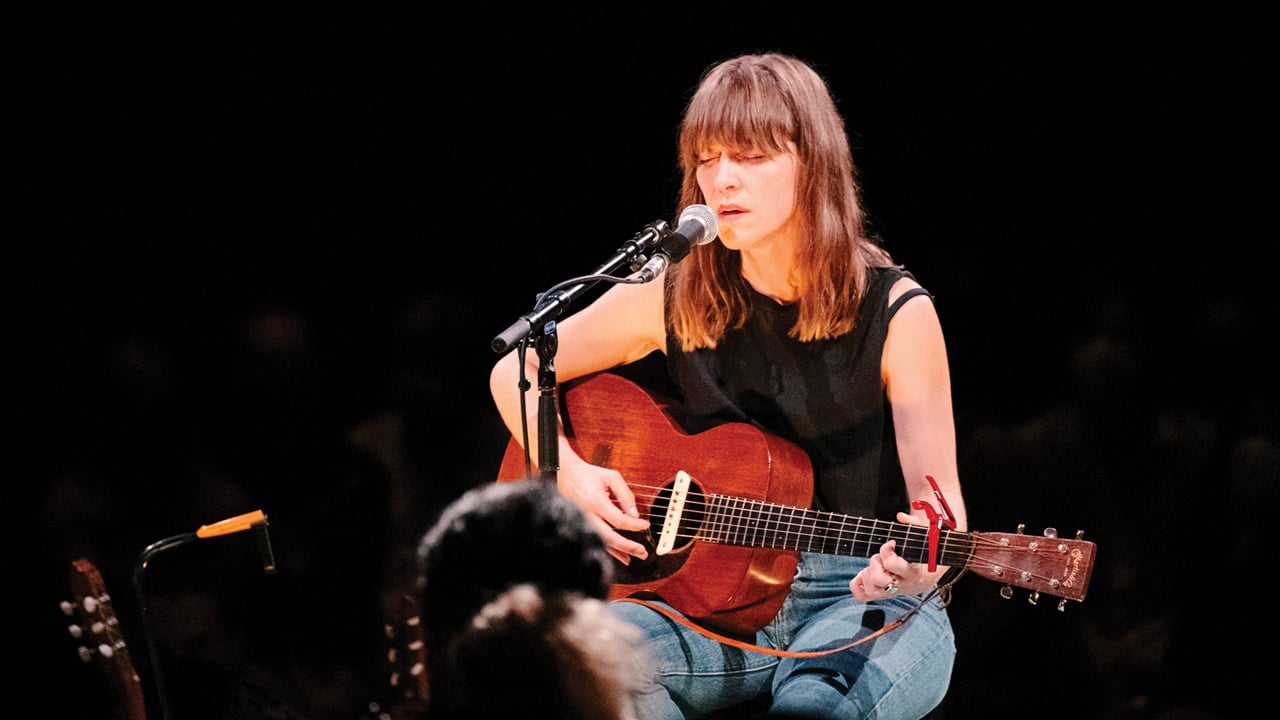 On a rainy fall night in Toronto, Leslie Feist steps in front of a small crowd onto a circular platform, dressed in a simple all-white outfit. She’s accustomed to playing to thousands in large concert halls, even stadiums, but on this evening, fewer than 200 people sit expectantly on folding chairs in a dark, cavernous space behind the main entrance of the Meridian Hall theatre.

Once Feist takes the stage, smiling at the audience mere feet away, a sense that something special is about to unfold ripples around the room. She starts with a few tender, unadorned acoustic songs that highlight her cut-crystal vocals, deft guitar playing and clever use of looping pedals. As with all things magic, however, the opening is a clever sleight of hand: From there, the show turns more performance-art piece than singer/songwriter set, with artful live iPhone video vignettes projected onto the walls, violin and synth accompaniment sending the lyrically haunting new material into cinematic territory, and an unexpectedly delightful surprise ending.

More than two years have passed since the 45-year-old singer-songwriter—who has sold millions of albums over her two-decade career—was last on tour. But it’s perhaps unsurprising that Feist’s intimate new live show, Multitudes, presented as a residency in Germany this summer and in Ottawa and Toronto this month, forgoes hits like “1234” for brand-new material that reflects the journey her life has taken recently. Even before COVID-19 disrupted the usual routine of touring artists, Feist had already experienced a profound change: At the end of 2019, she became a mother.

“We adopted one another, my daughter and I,” Feist says of her now-almost-two-year-old daughter, Tihui. “Adoption was always built in the back of my mind as a beautiful sort of balance. There’s an equality in it that’s beautiful when you and the birth mother find yourself at the exact same point in your lives. Even though they look like they’re opposite moments, they’re not.” She adds, “The depth of feeling and determination makes me feel like my daughter was double-loved from the first moment.”

Feist says she had been contemplating solo parenthood (“We’re a matriarchy of two,” she says) as she entered her 40s, inspired by her own “chosen family” of fellow musicians and artists who continued to tour and make art after having kids. But once her desire to be a parent became a “blinding focus,” she began to look into the adoption process. 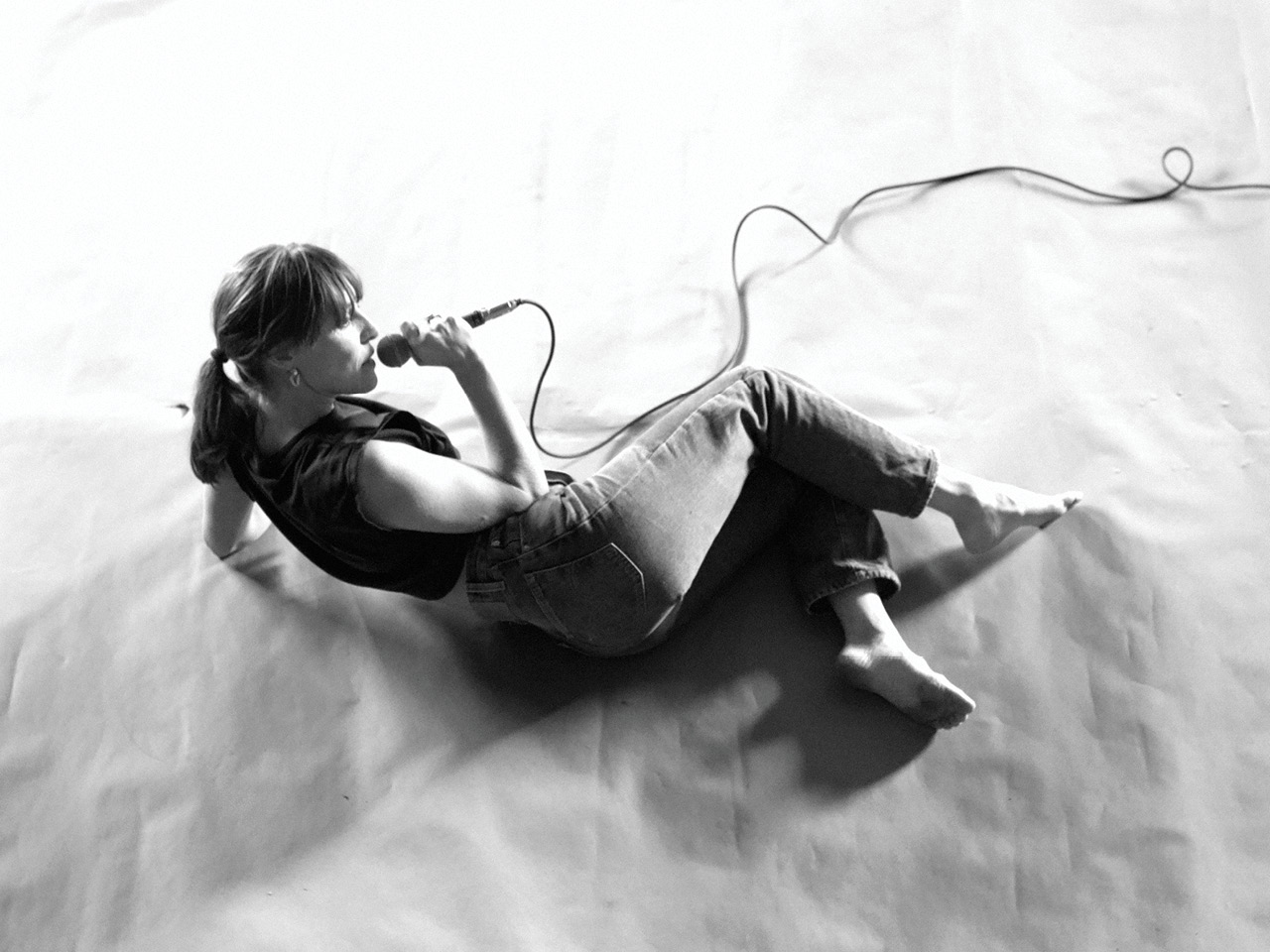 “I don’t consider that anything happened late for me: It happened exactly on time,” she says. “As soon as you have conviction, and you’re compelled towards it and it becomes a central purpose, it’s literally right on time at that moment.”

When the first lockdown hit early in the pandemic, Feist returned from L.A. with her new daughter to Toronto to be closer to family—and settled into a much quieter life than she was used to. Prior to the pandemic, she had initially hoped to do a few smaller musical residencies with People, an international collective led by Bon Iver and members of The National, and thought she might eventually travel with Tihui while she was still small enough to be carried. But when COVID cancelled all plans, having to stay put ended up being just what the new parent needed.

“When you have a kid, sometimes protecting your identity seems really important at first. It felt important for me to not just lay down and stop working, but I underestimated just how vital it is to stop and learn what this new presence is all about,” she says. “I found a lot of reasons to be grateful that I was just forced to stay still.” 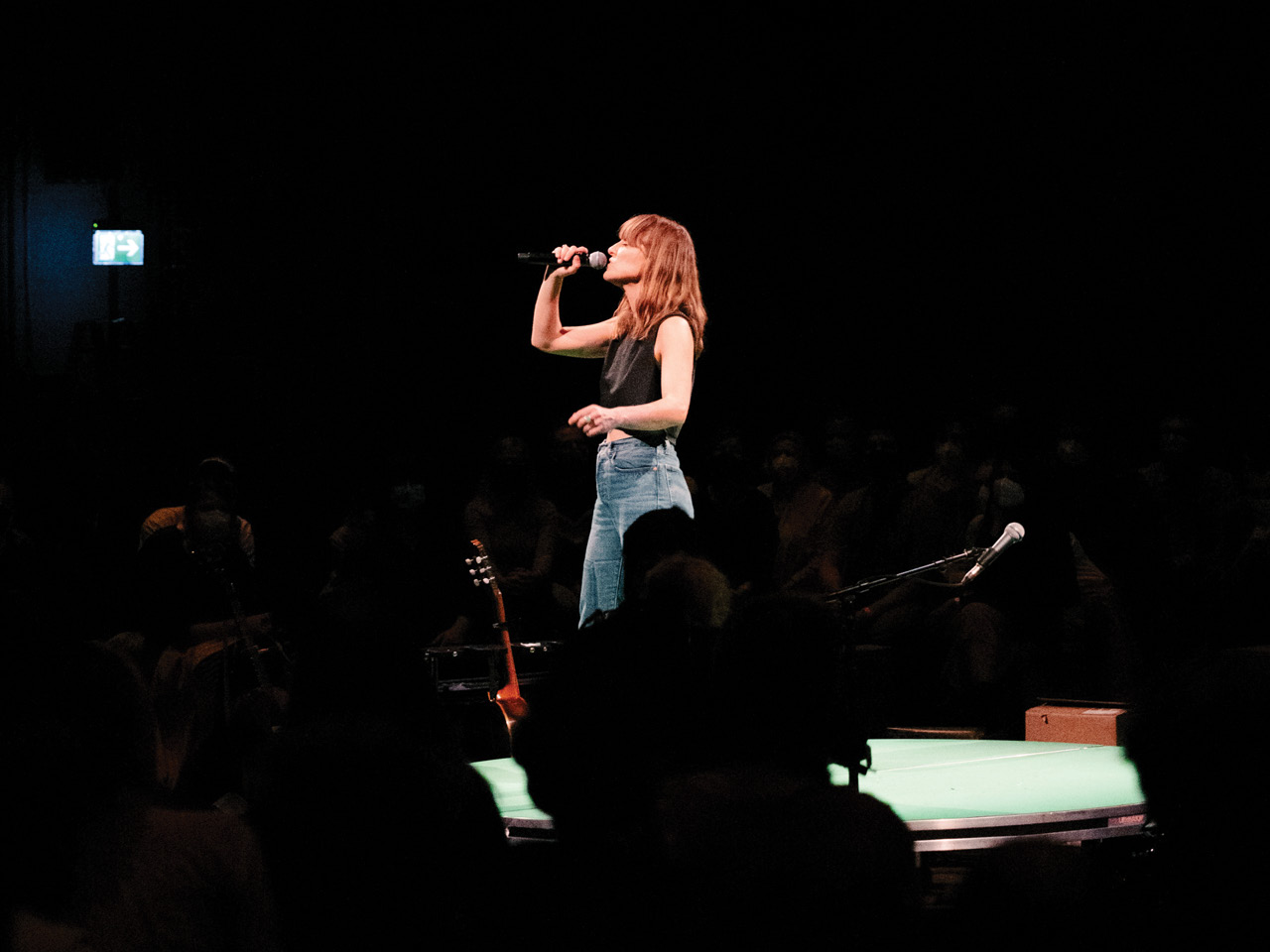 Yet somehow, in the midst of the “liminal craziness of sleeplessness” that comes with the first few months of parenting, Feist found herself more productive than ever, writing several of the raw, arresting songs that would form the Multitudes show—many of their melodies born from lullabies she’d make up on the spot for her daughter at night.

But loss intruded on the joy of new life, when Feist’s father, acclaimed artist Harold Feist, died in May. “It’s impossible to fathom. If someone were to splash a bucket of water in your face and you’ve never seen water, you would be like, ‘What is this crazy material?’” she says. “And then death becomes that material, and birth becomes that same material. It’s something inexplicable until you experience it.” She’s grateful her father was able to meet his granddaughter (“she was like medicine to him”), and notes that even though he dissuaded his kids from becoming artists themselves, his legacy has in many ways still been passed down.

Feist’s longtime friend and collaborator Tyler Clark Burke, also a visual artist, says she can see clear parallels between father and daughter’s artistic approach: “[They’re] both making experimental work that’s harmonious and beautiful. Harold was a brilliant thinker. He also couldn’t not be an artist. Some people give up their art to do other things and some people just can’t ever stop, and Leslie and her father were both this way.” 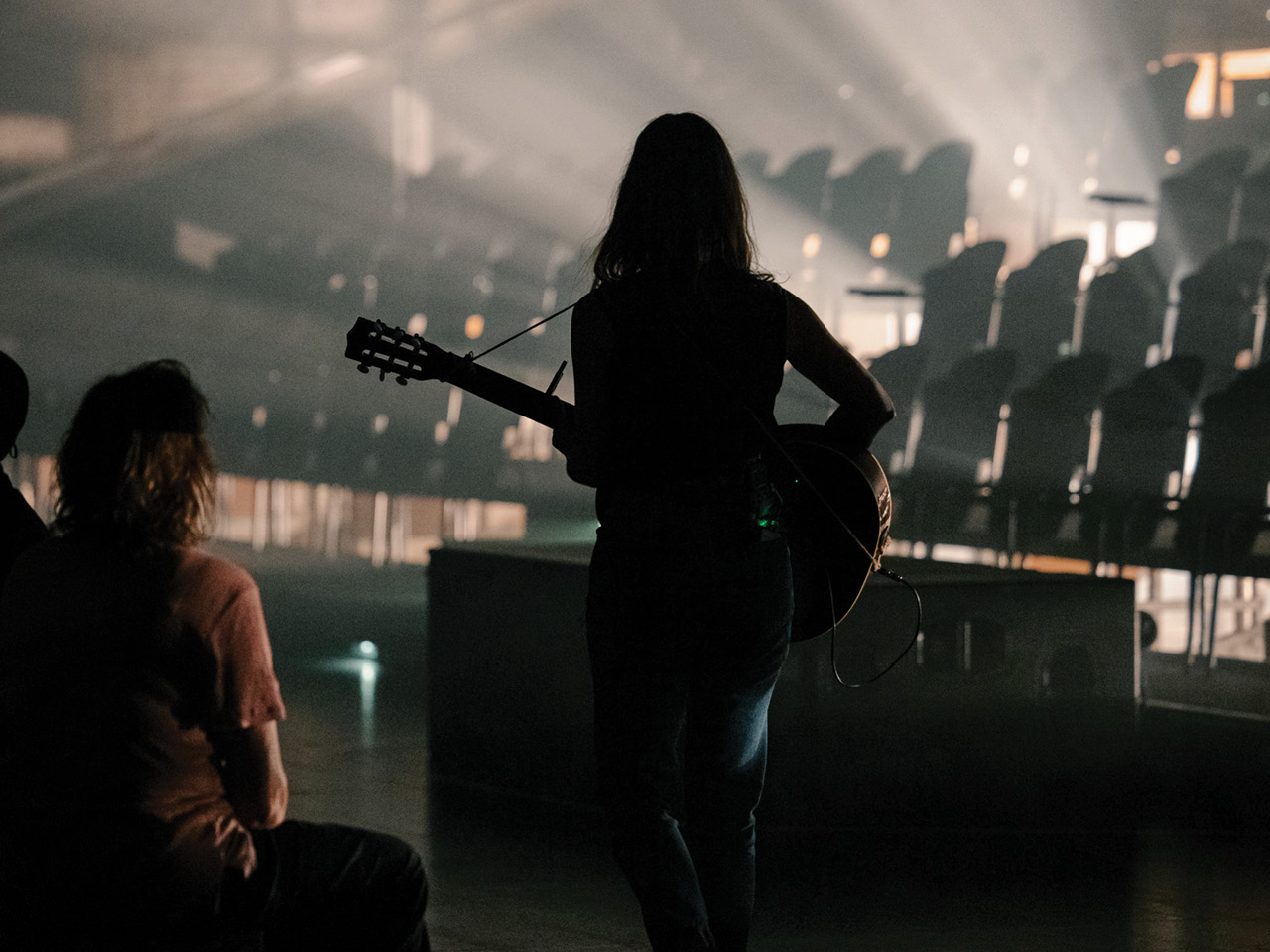 From singing in choirs as a child to fronting a punk-rock band in her teens to serving as a lynchpin of the Toronto indie scene for years before “1234” soundtracked an iPod ad, Feist has marked a lifetime through song—and her new material holds a mirror up to both the shadows and light of midlife in deeply reflective ways. At one point late in the Multitudes show, Feist pauses and quietly tells the crowd: “I need to mourn better.” It’s a startling, naked confession, which she offers before launching into a song that builds up layers of voice and guitar in a swirl of evocative melodies.

“Becoming a parent is both magical and affirming, but it also focuses you—it can be a real distiller,” says fellow Broken Social Scene member Ariel Engle, whose family, including her school-aged daughter, spent six weeks in a COVID bubble this summer with Feist at her home in Ontario cottage country. “That’s one of the things I felt when I watched Multitudes: that it was distilled; it was direct. It definitely is a response to becoming a mother and it’s absolutely also a response to losing a parent—being in that really interesting point in your life where you’re both helping a child grow and loving and nurturing them, while also saying goodbye to the person who parented you. It’s incredibly fertile ground for art.”

Multitudes plants the seeds for an upcoming album, as it turns the usual music-industry process on its head. Instead of making a record and touring behind it, Feist has used this residency to refine the songs, with the lyrics and arrangements often shapeshifting from night to night.

“Once I understood that I really wanted [the show] to be all new songs—I think because I was in an all-new life—I didn’t want to go and try to reinterpret the old material anymore,” she says. “It felt like, ‘Well, okay, let’s see—do I have the musculature to hold up this child and these songs?” 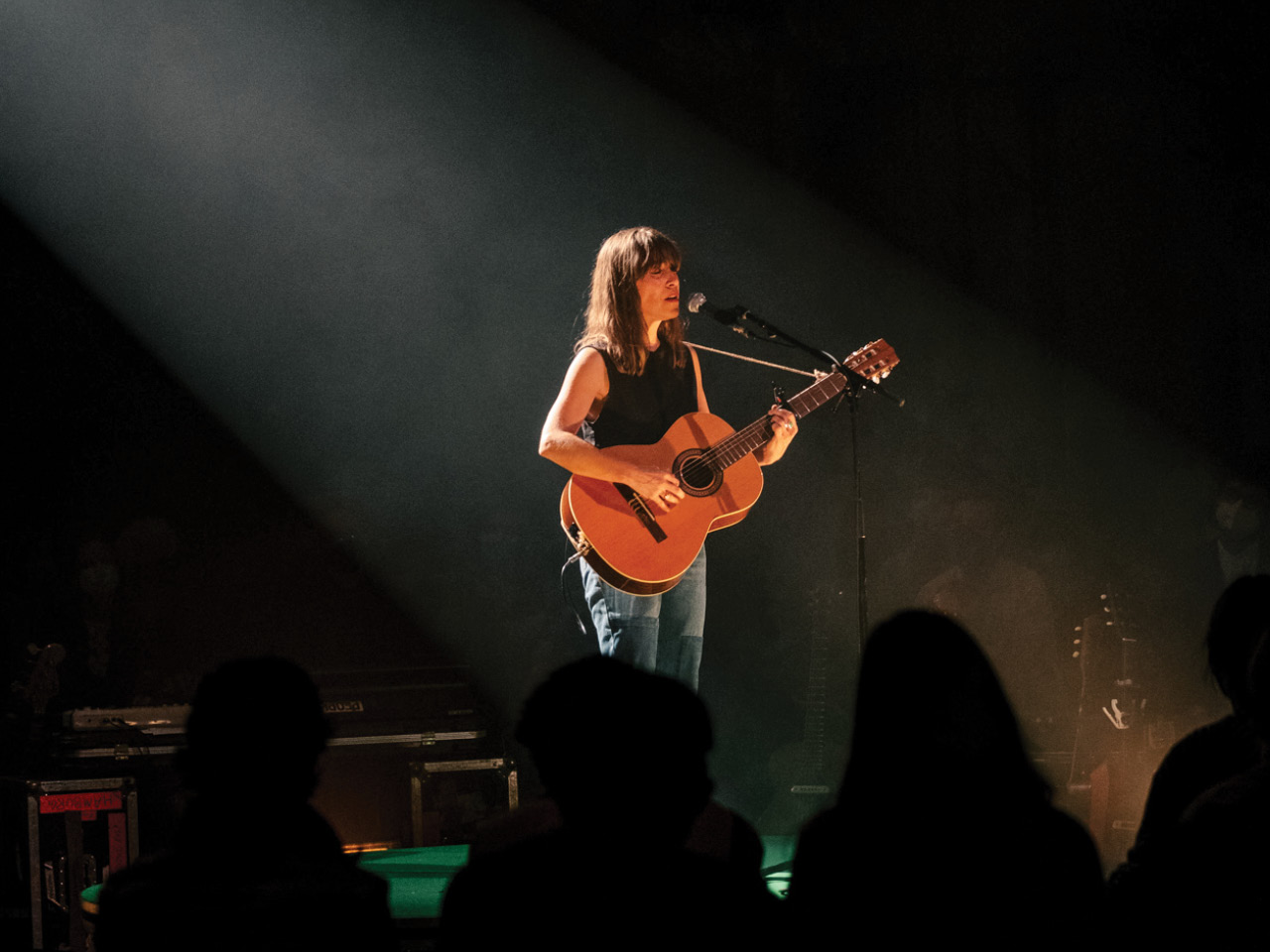 While Multitudes’ intimate approach was designed to ease music fans back into live shows after nearly two years of pandemic shutdowns, it’s a format Feist and her team had been thinking about long before this—and one she may likely continue in the future. “The way I want to make an album and tour is going to be changed by the way I want to live my life, which has to do with focusing on my daughter but not stopping what I do,” she says.

In some ways, Multitudes brings Feist full circle, harkening back to the days before her career skyrocketed, when it was just her and her guitar and that unmistakable voice playing to a handful of people in tiny Toronto clubs. Even at the height of her fame, rock-star frills never sat comfortably with her; a small stage and a utilitarian uniform feel more true to who she really is, she says.

As the global pandemic disrupted old paradigms, so did the upheavals impacting Feist’s own world. She recognizes that just as she has been changed, so too will her art continue to evolve—and, much like life, sometimes in completely unexpected ways.

“For me, it’s just more interesting to lean into all the uncertainty and have all the ingredients still on the table while you’re cooking,” she says, breaking into a laugh. “You have to embrace the mess, you know?”