5 Indigenous Female Filmmakers To Watch At TIFF And Beyond

These filmmakers are telling Indigenous stories while creating space for others like them. 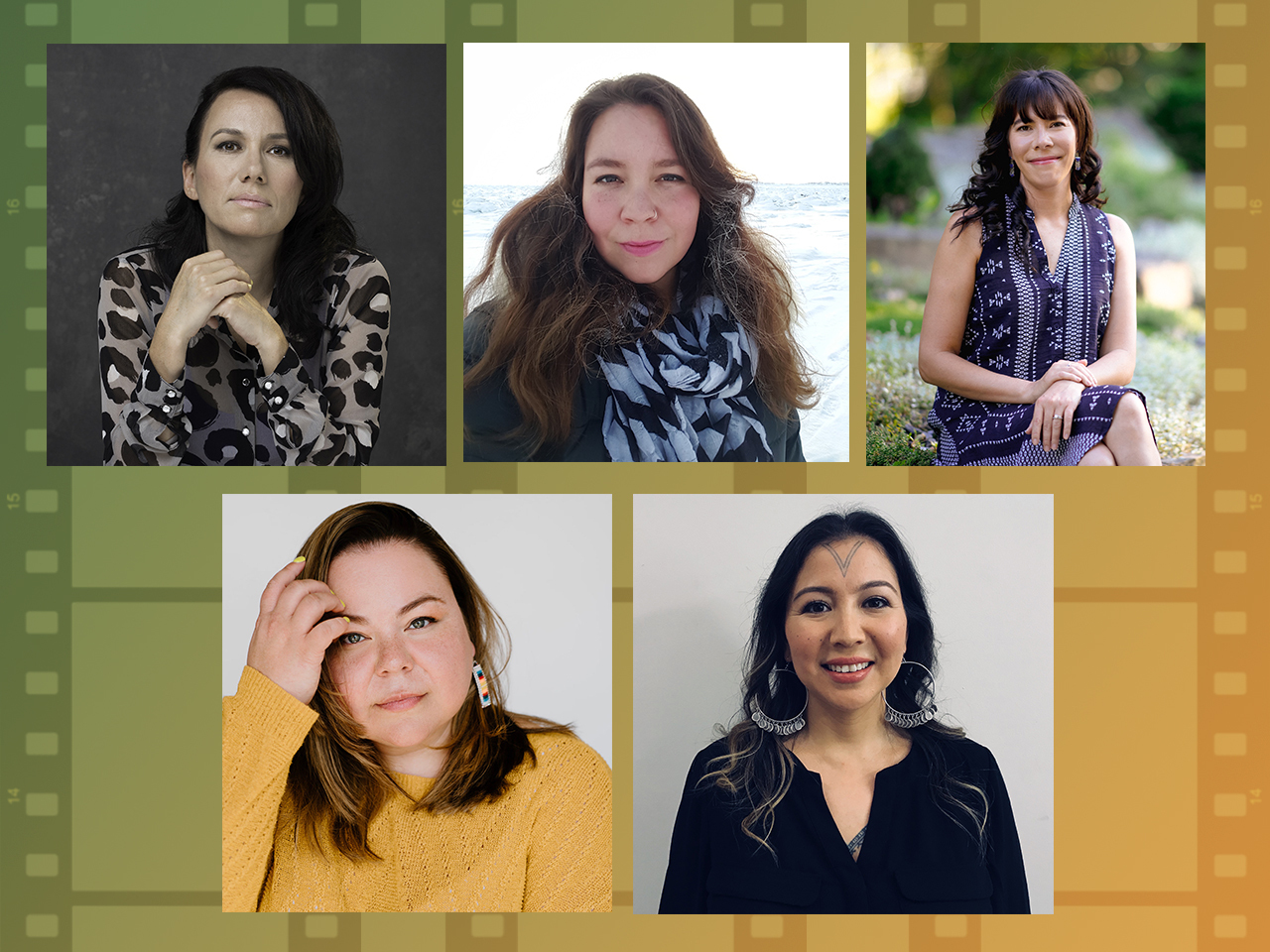 There is something quietly happening in the film industry in this country: Indigenous women are creating space for themselves and each other. Writers, directors and producers are making a wide range of movies, everything from documentaries focused on the hard truths of Canada’s history to post-apocalyptic feature films. These women are walking the talk—”nothing about us, without us”—and controlling their own narratives, with some running their own production companies and all of them finally taking the lead in telling Indigenous stories.

This year, the Toronto International Film Festival (TIFF) will recognize the Indigenous woman who started it all—Alanis Obomsawin, the grand dame of documentary filmmaking in Canada. With Celebrating Alanis Obomsawin, TIFF honours her five decades in film, a run longer than the festival itself (the retrospective is co-presented by the National Film Board).

The Abenaki icon’s work has inspired countless filmmakers from all genres, but none more so than the Indigenous women following in her footsteps. Here’s a look at five filmmakers who are telling Indigenous stories, while creating space for more to come: 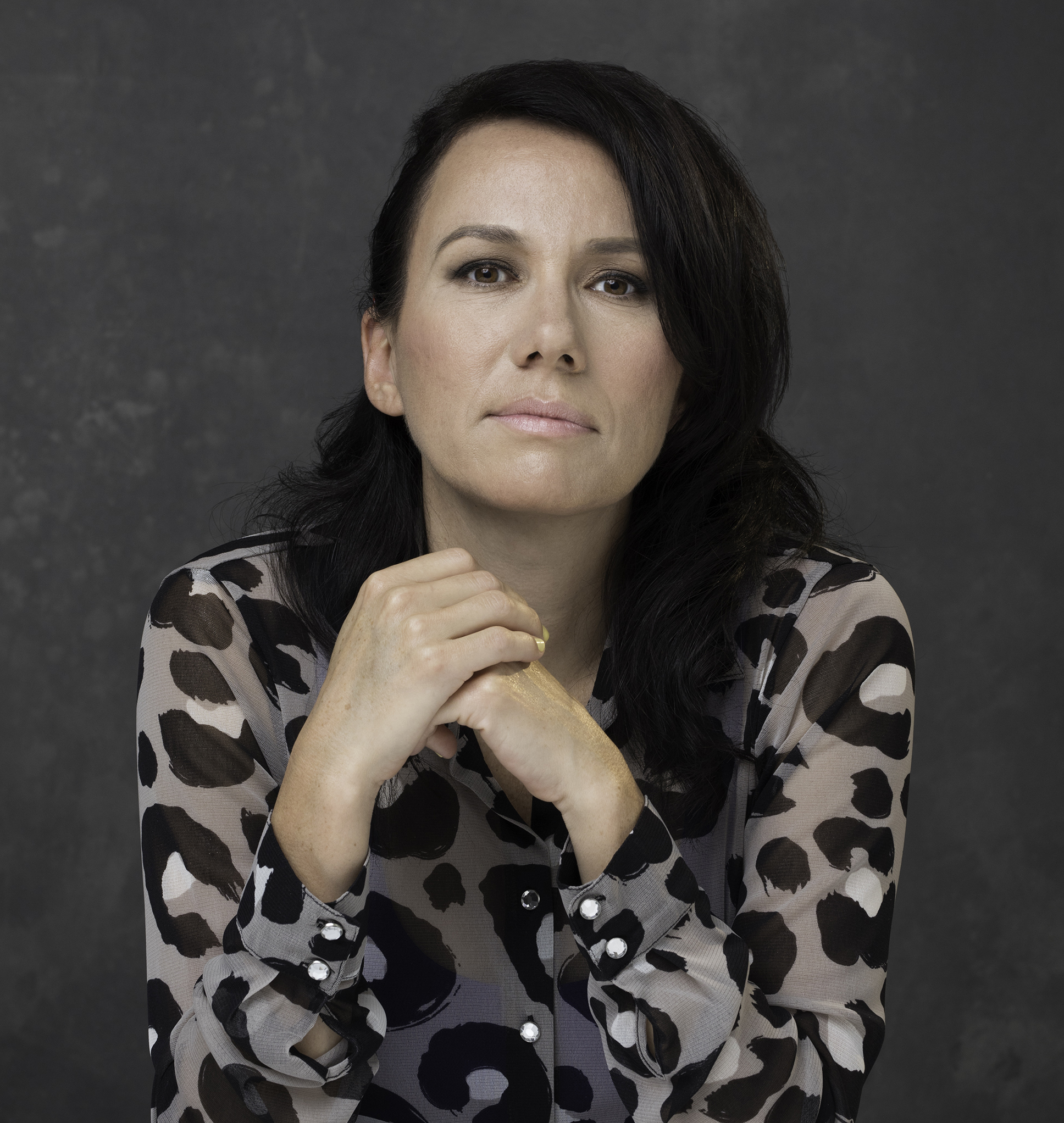 Goulet was the executive director of the ImagineNATIVE Film + Media Arts Festival in Toronto before becoming a filmmaker herself. She’s no stranger to TIFF: her short film Wakening premiered at the festival in 2013 and went onto an international premiere at the Sundance Film Festival. This year, her first feature film, Night Raiders, will premiere at the festival in a gala presentation, and she’s already in production for her second feature, Ivy.

Night Raiders is a post-apocalyptic story about a mother who joins an underground band of vigilantes to try and rescue her daughter from a state-run institution. The cast and crew are notable: star Elle-Máijá Tailfeathers (The Body Remembers When the World Broke Open) is Blackfoot and Sámi; executive producer Lisa Meeches is Anishinaabe, and boasts a body of work including Burden of Truth, We Were Children, and Taken (about missing and murdered Indigenous women and girls); and Oscar winner Taika Waititi is an executive producer.

Night Raiders premieres at TIFF on September 10, with other in-person and online showings scheduled. 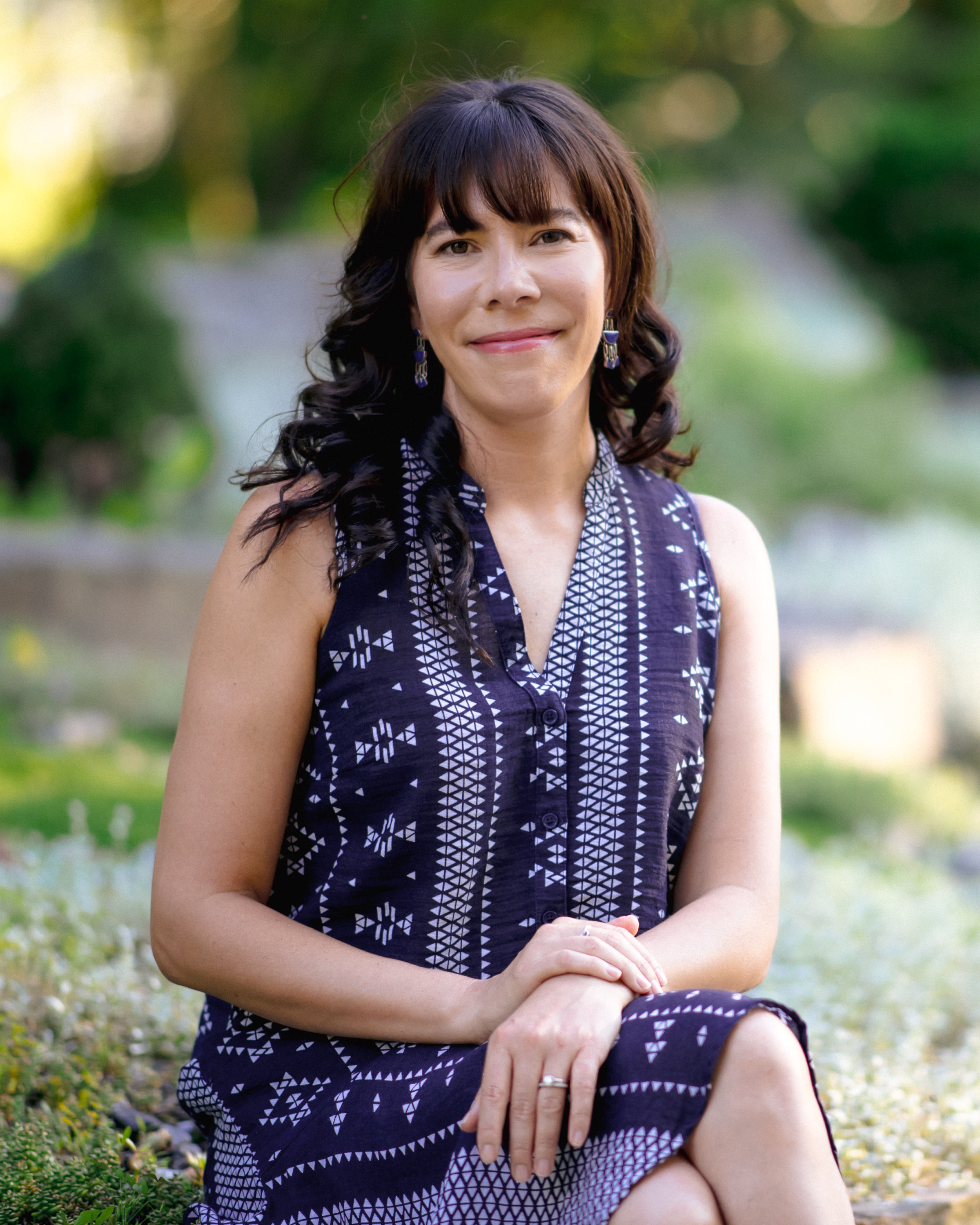 In 2020, Deer was awarded the TIFF Emerging Talent Award for her first feature, Beans, a film told from the perspective of a 12-year-old Mohawk girl in Kahnawà:ke living through the 78-day standoff in 1990 between her people and the Quebec police, RCMP and, eventually, Canadian army, over the expansion of a golf course onto sacred Mohawk ground. The movie has won 11 awards so far, including three Canadian Screen Awards, a prize from the Directors Guild of Canada and several best feature from film festivals across Turtle Island.

Deer was also named one of Variety’s 10 Screenwriters to Watch. You can get a taste for her work through her comedy series Mohawk Girls. It’s Sex and the City but on the rez.

All five seasons of Mohawk Girls are available on APTN’s streaming service, Lumi. 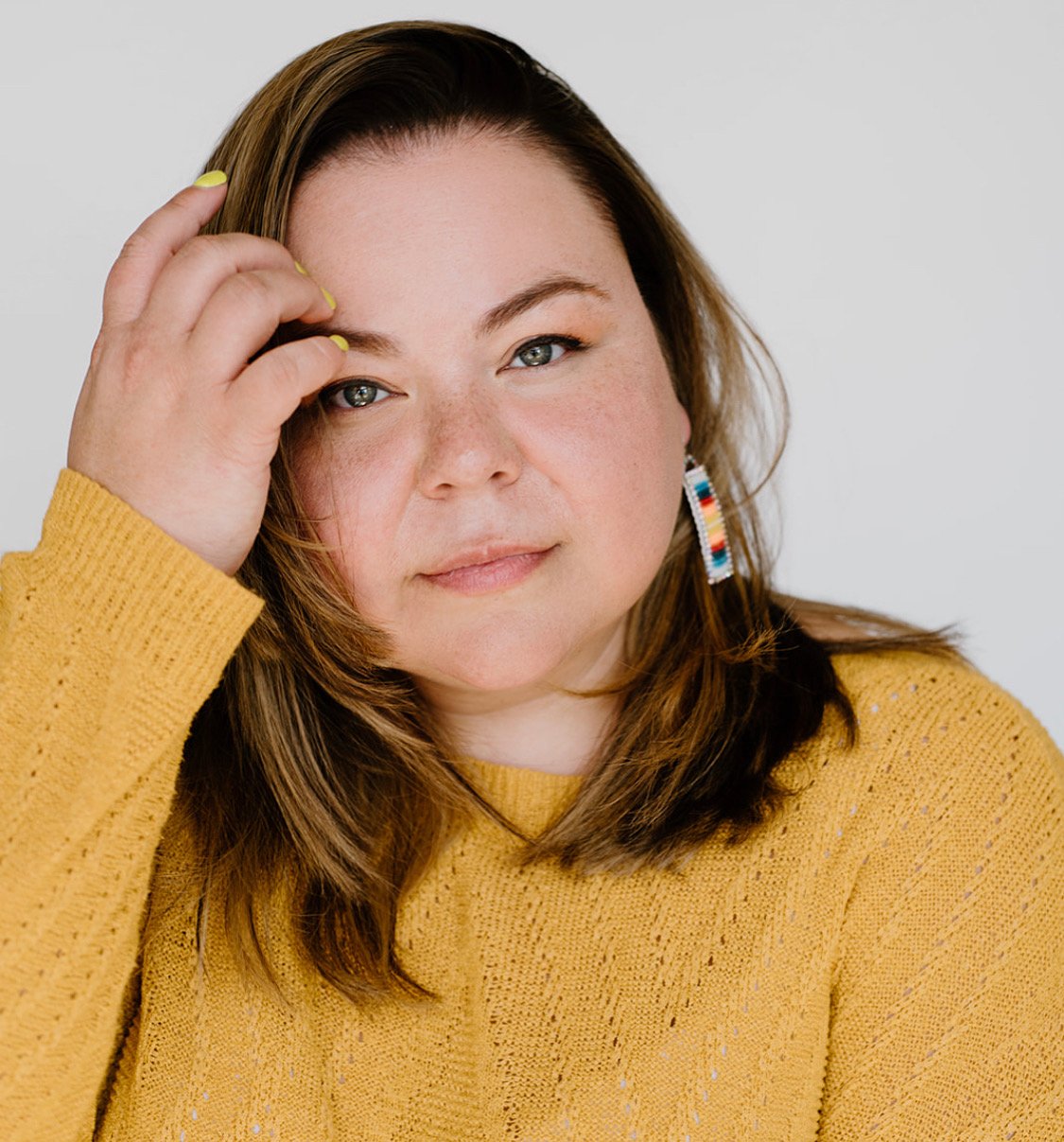 Anthony may be the busiest of anyone on this list. Her calendar is filled with meetings, meetings and more meetings. She is currently in pre-development for the second season of Querencia, a series about two queer Indigenous women who are complete opposites but fall in love, showing each other their opposing, colliding worlds. Anthony’s first feature film, Brother I Cry, is about a young First Nations man struggling to overcome addiction while surrounded by strong women.

Besides her deal with APTN, Anthony has deals with Bell and Telefilm and has received mentorship funding from Netflix to help train Tanis Redcrow, an Indigenous female producer just entering the industry.

Querencia is the first series to be produced by APTN’s Lumi and is streaming now. 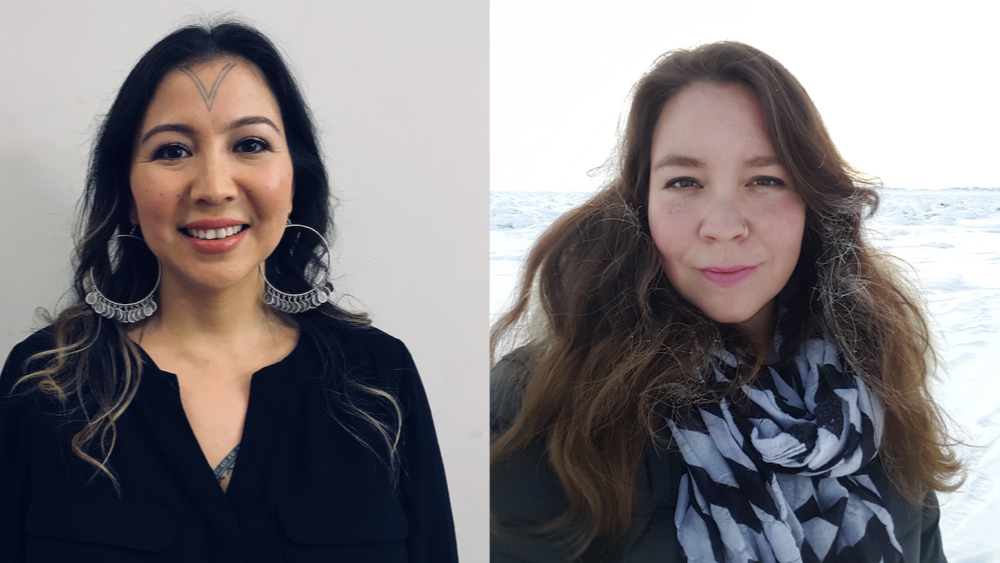 Arnaquq-Baril and Aglok-MacDonald are triple threats: writers, directors and producers with a slew of awards and great films on their rosters. Aglok-MacDonald wrote, directed and produced Qanurli?, a comedy in Inuktitut, while Arnaquq-Baril wrote, directed and produced Angry Inuk, a 2016 documentary about the seal hunt, which won an audience award at Hot Docs and the best documentary award (named after Obomsawin, of course) at ImagineNATIVE.

Together, the Inuit women founded Red Marrow Media, the production company behind 2018’s The Grizzlies, an inspiring true story about Inuit high schoolers who learn about life through the game of lacrosse, which enjoyed a long run in theatres. This dynamic duo are currently developing a feature film and have received the Netflix Apprenticeship and Cultural Mentorship program grant from the Indigenous Screen Office. They are engaging Elders and community leaders during the development stage of their project.

Qanurli? is available on Lumi. Angry Inuk is on Amazon Prime and Google Play. The Grizzlies can be rented online through most cable providers and streaming platforms.

There are many Indigenous women across Turtle Island (North America) telling stories through an Indigenous lens, and it was difficult to pick just five. Here are some with work to look out for, which they’re making right now on movie sets or in production studios: Marie Clements (Métis), Bones of Crows;Darlene Naponse (Anishinaabe), Stellar; Tasha Hubbard (Cree), Singing Back the Buffalo; Shelley Niro (Mohawk), Café Daughter; Jules Koostachin (Cree), Broken Angel; Alexandra Lazarowich (Cree), The Wretched One; and Tanya Talaga (Anishinaabe), Spirit to Soar.