From aloe vera to licorice root, Dr. Natasha Turner shows you the easiest and most natural digestive remedies out there. 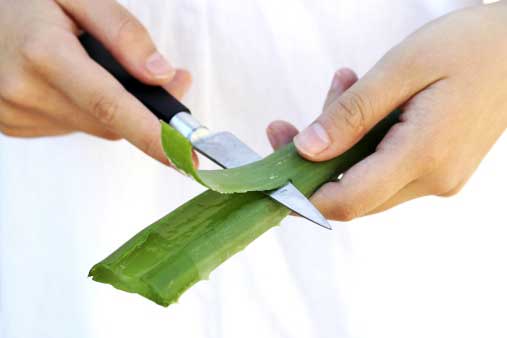 Use aloe in smoothies to improve your digestion (Photo by Getty Images).

Whether your digestive irritation is constipation, indigestion or food allergies there are a few remedies that can ease your symptoms. Here are some of my favourites, which can be taken individually or in a combination supplement.

1. Add in aloe to alleviate digestive distress
I often recommend that my patients add aloe vera to their smoothies or a glass of water each day to keep things moving through their digestive tract and prevent constipation. It has gentle laxative properties and can sooth stomach irritation.

2. Get in some glutamine
Although glutamine is often attributed to sports nutrition (to prevent muscle breakdown), it also helps protect the lining of your gastrointestinal tract. It’s been shown to maintain the intestinal villi, which are the absorption surfaces of the gut. One study (though done on rats) showed substantial protection of glutamine against aspirin-induced stomach ulcers in both the active and healed stages.

3. Reduce stomach inflammation with turmeric
Turmeric (known as curcumin in Latin) is well known for reducing inflammation — even beyond just joint pain. This wonder-supplement has been shown to reduce pain following surgery, and in patients with diabetes. It also stimulates the gallbladder to produce bile, which may improve digestion and reduce bloating and gas. One double-blind study found that patients who took curcumin for ulcerative colitis (an inflammatory condition of the colon) along with medical treatment, had a lower rate of relapse than those who received medical treatment alone.

4. Dig up the DGL form of licorice
While childhood visions of this candy may pop into your head (and with that, whether black licorice makes you drool or cringe), the deglycyrrhizinated (DGL) version has medicinal values. This form has the ingredient that can cause high blood pressure and water retention in some individuals removed, while leaving the stomach soothing part intact. Licorice root may increase the production of mucin which could soothe inflamed or injured membranes in the digestive tract.

According to the University of Maryland Medical Center, one study found that 90 percent of people who consumed deglycerrized licorice extract for six weeks experienced improved stomach ulcer symptoms.

5. Tame tummy issues with triphala
Triphala is a standardized blend of three fruit extracts — terminalia chebula, terminalia belerica and emblica officinalis — in equal proportions. It is an Ayurvedic herbal blend commonly used for supporting digestive health, occasional constipation and overall colon health. Research has found that this popular herb also displays antimicrobial activity – in other words, it has the ability to fight off certain types of bacteria as nature’s own antibiotic.