We put her Twitter-famous recipe to the test. 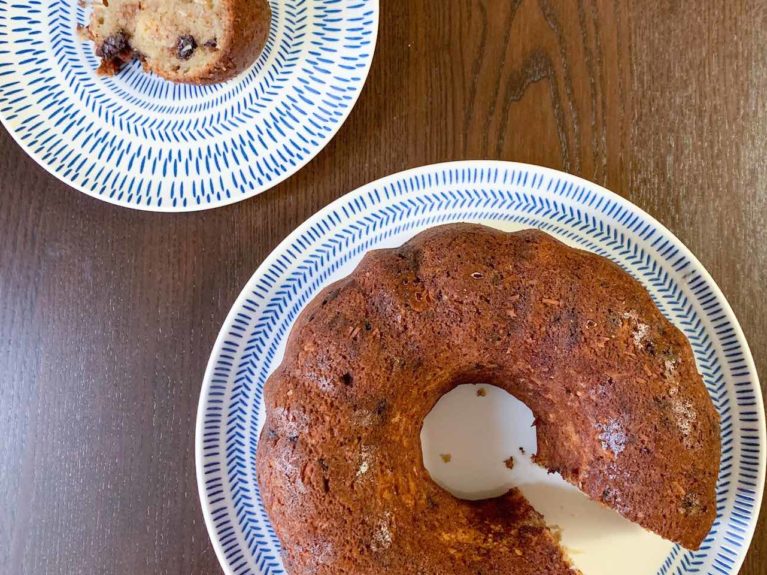 If your Instagram stories are flooded with freshly baked banana bread loaves, you’re not alone. As Refinery29 points out, Google searches in Canada for “how to make banana bread” increased nearly 150 percent in just 30 days last month. Teen Vogue declared a banana bread renaissance, noting that for many, banana bread is a gateway baking recipe simply because it’s hard to mess up. But one recipe went viral well before the beginning of our collective isolation and banana bread baking frenzy: Chrissy Teigen’s “Twitter (and Uncle Mike’s) Banana Bread.”

Anticipation began to build on September 21, 2017 when Teigen asked her Twitter followers if they could spare six overripe bananas. Six days later, she shared a handwritten copy of her over-the-top banana bread recipe on Instagram—it also appears in her second cookbook Cravings 2.

With nothing but free time and a freezer full of bananas, I too have been baking in isolation, determined to finally use up my frozen stash. I usually go with a not-too-terrible-for-you banana bread recipe from either Food52 (it uses olive oil!) or Healthyish (whole wheat flour!), but Teigen’s recipe looked like a much-needed treat. I vaguely remember baking it when it was all the rage two-odd years ago, but decided to give it another whirl to see how it compared to my go-tos.

Heading into the final week of recipe developing for #cravings2!!! You guys have been such a huge part of this one…I've loved seeing what you guys enjoyed making the most and learning what you want more of. You guys…are awesome. And I miss posting food. I'm going to instagram a lot more freaking food and if you don't like it you can suck it! Love you. 🍌🍌🍌🍌🍌🍌🍌🍌🍌🍌🍌

How to Make Banana Bread

Teigen’s recipe stands out from rest because it uses a whopping six bananas, which is ideal if you have way too many brown bananas tucked away in your freezer. You also bake it in a bundt pan (or two 8-by-4-inch loaf pans), add in a packet of vanilla pudding mix and swirl in unsweetened, flaked coconut and dark chocolate pieces—it’s extra.

Since I’ve been relying on click-and-collect groceries, I wasn’t able to get the Teigen’s recommended pudding brand (the one that rhymes with shmello) nor could I find unsweetened coconut, so I swapped in the sweetened coconut I had left over from this epic Passover macaroon recipe. I cut back a bit on the whopping two cups of sugars and hoped my bundt still wouldn’t be too cloying.

The recipe is really straightforward. Mash up your bananas (you will have A LOT of banana mush—use a big bowl) with your eggs and oil. Mix your dry ingredients together, including the sugar, and then gently mix wet and dry together. Fold in the coconut and chocolate, and you’re ready to bake at 325 F.

Some online reviews say to grease your bundt pan well, but I was fine with a sweep of oil and a light dusting of flour, as Teigen recommends. However, her cooking time was where I went way off course. 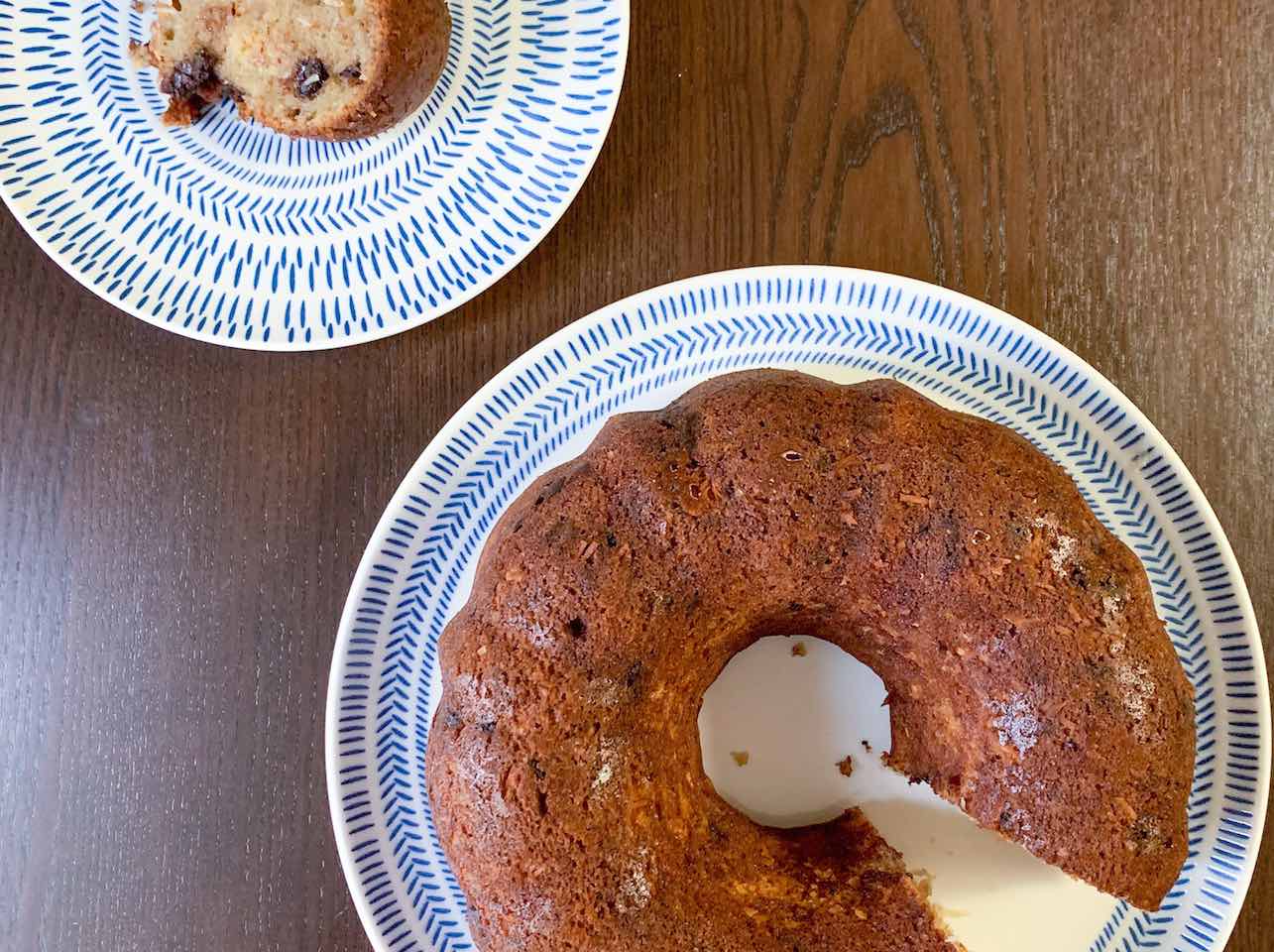 How did it taste?

Straight from the oven, it was fine. Maybe this was why I barely remembered making it. I tried it again as a bedtime snack with my evening decaf latte, and the bitter beverage paired perfectly with this super sweet cake.

The next day, I decided to taste a slice warmed up with a dollop of salty butter, as Teigen suggests in her cookbook. I was dubious about adding even more richness to the mix—I was wrong to be skeptical. The salted butter takes this banana bread to new heights and I suddenly understood the hype.

I doubt Twitter and Uncle Mike’s Banana bread will ever replace my faithful standbys, but if I’m looking for a crowd-pleasing and easy-to-make dessert (not a breakfast or kind-of-healthy snack), I’d definitely return to this recipe. Plus, it’s the perfect excuse to use up six frozen bananas.