Why Applesauce (Not Sour Cream) Is The Hanukkah Latke's Best Friend

Three undeniable reasons why sour cream should be kicked off the latke plate. 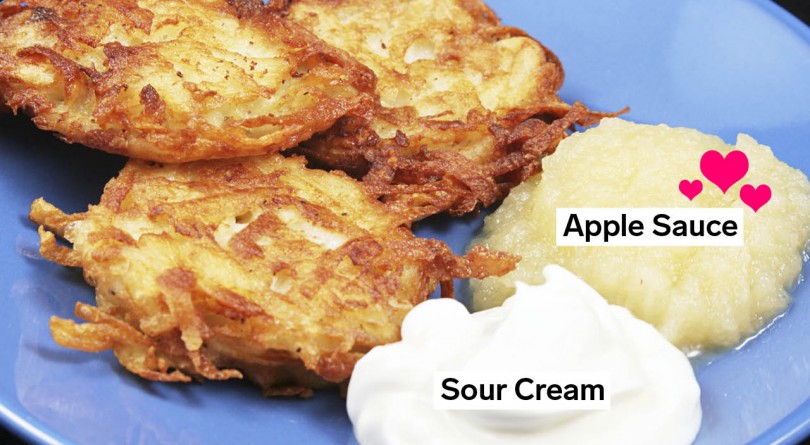 The Jewish festival of lights begins at sundown on December 22, signalling it’s time to to start peeling potatoes and heating up those frying pans. For me, potato pancakes, or latkes, are the best part of Hanukkah. These crisp, savoury, deep-fried treats pay tribute to the miracle of the holiday, when a small jug of oil kept the menorah in the Jewish temple lit for eight days, instead of just one. Now, people around the world celebrate this holiday by eating oily, fried food—with latkes at the top of the list.

While it’s rare to find someone who hates these golden disks of deliciousness, folks get super passionate when it comes to choosing a sauce to accompany their latkes (for dipping or topping purposes). There are two main camps: you’re either a sour cream or applesauce person, and never the twain shall meet.

Even though they’re crispy, latkes are heavy. Not only are they fried in a generous amount of oil, they’re also comprised of a dense mix of potatoes, onions and flour. They’re a stick-to-your ribs wintertime delicacy. Tart and fruity applesauce—unsweetened is best—cuts through the grease and lightens them right up, leaving you feeling perfectly satisfied, but not stuffed. Sure, sour cream is tart too, but since it’s dairy, it can weigh down the latkes—adding unwanted heft to an already filling meal.

Sweet and salty is always the winner

Like cheddar and apple pie, you’ll never beat the contrast of sweet and salty. Sour cream and latkes might seem like an intuitive match because potatoes and sour cream go hand-in-hand in dishes such as casseroles, loaded baked potatoes and even perogy, but in the case of latkes, sour cream needs to back off. Latkes and applesauce provide ultimate satisfaction for that sweet and savory combination we all crave, making this iconic duo the other miracle of Hanukkah.

Latkes are usually served at dinnertime along with a meaty main, like brisket. Mixing milk and meat at the same meal is a no-no for those who keep kosher, so sour cream would be out as a latke condiment leaving the underdog apple sauce victorious.

If you’re on the fence, try it yourself. For the sour cream route (if you must) some contemporary cooks (as well as the Chatelaine kitchen) and Jewish-style restaurants serve canapés made up of latkes, sour cream (or creme fraiche) and smoked salmon. Some families dip their latkes in a mixture of cinnamon and sugar and others still eat theirs with ketchup, like hashbrowns. 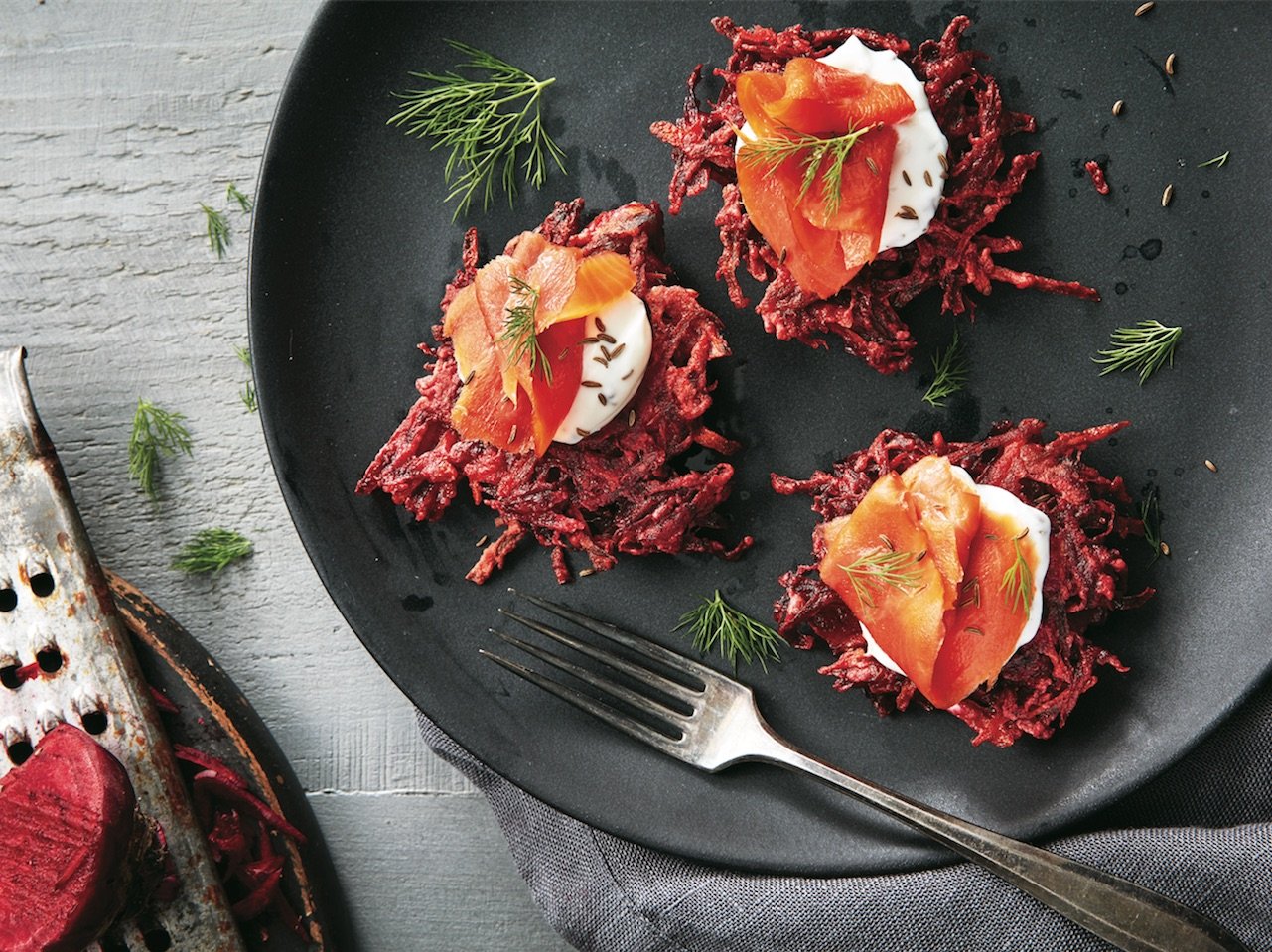 Just beware, if you make latkes, your entire home will smell like fried potatoes and onions for all eight days of Hanukkah.  Not the worst thing—as long as there’s plenty of apple sauce on hand.