Our Food Director Tried All The Timbiebs. Here’s Her Review 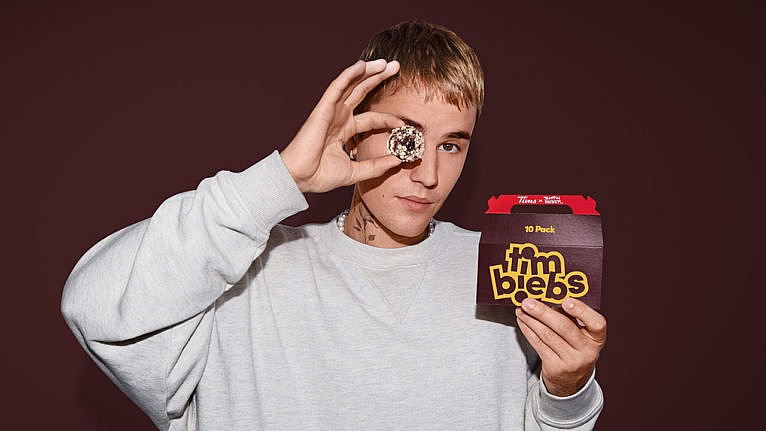 The Timbiebs have arrived! This limited-edition collaboration between Tim Hortons and Justin Bieber—which includes three new Timbit flavours and a merchandise line—is available at Tim Hortons locations across Canada and the U.S. until January.

When Bieber sang “Yeah, you got that yummy-yum, that yummy-yummy,” he may as well have been serenading Tim Hortons about their Timbits. And why not? Canadians are crazy for them: they’re a staple on road trips and at office meetings. (We even polled a Timbit ranking during a Chatelaine meeting.) Bieber also has history with Timmies–in 2019, he ranted about the drinkability of their re-designed lids and was subsequently sent stacks of old lids for his personal use. (Let’s be real–he was just saying out loud what we were all thinking.)

All of Bieber’s limited edition Timbits–Birthday Cake Waffle, Sour Cream Chocolate Chip and Chocolate White Fudge–come with a coating of glaze and crumbs, which immediately makes them messy to eat, and also makes them extra sugary.

I tried them all. Here’s how they stack up to the OGs.

A birthday cake Timbit isn’t new–but this one isn’t just a cake-style donut. It’s a waffle, too. While the vanilla-flavoured Timbit tastes very similar to Tim’s original version, this one has a maple-cinnamon glaze, emulating maple syrup on waffles. Some of the glaze even gets crispy on the outside, giving it a bit of crunchy texture. In other words: there are a lot of strong flavours here, and I personally find it too sweet. The good news is that the birthday cake Timbit can be a bit elusive, so if you’re a fan of those, you’ll likely appreciate these ones. 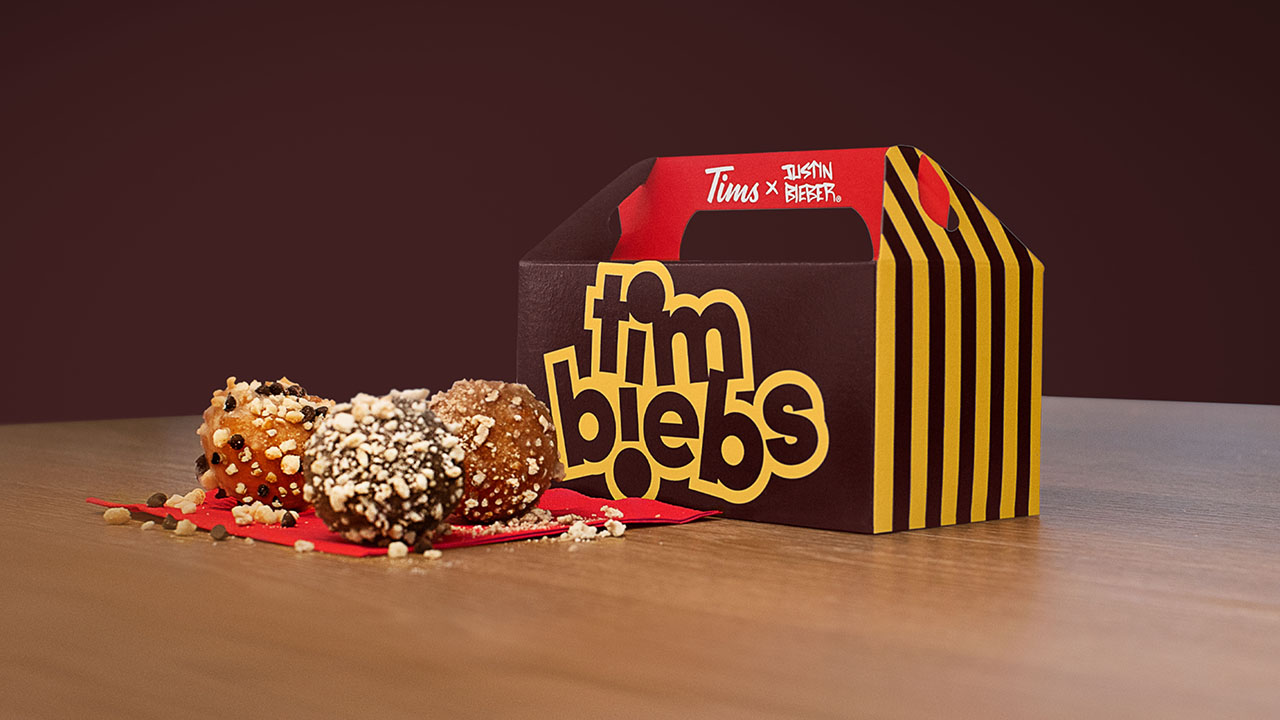 The sour cream-glazed Timbit was the runaway favourite in Chatelaine’s ranking, and it seems like Tim Hortons and Bieber are also fans. So why mess with what works? These Timbits have the original’s signature tang, with an additional coating of chocolate chips and sugary crumbs, making this a one-bite sugar bomb. While I also found this Timbit cloyingly sweet, devoted sour cream-glazed fans will likely enjoy these—but might stop at just one.

The chocolate-glazed Timbit is my personal favourite—and let me just state, for the record, that I’m appalled it scored a paltry ninth place in our Timbit ranking. So I was excited about this flavour, and I wasn’t disappointed. The chocolate white fudge Timbit tastes as if the sour cream-glazed and chocolate-glazed ones had a Timbaby. It has a chocolate cake-like texture with a slight tangy flavour from the sour cream, and a glaze and sugary crumb coating that tastes like white chocolate. The coating actually makes the Timbit taste more chocolate-y than the standard chocolate-glazed. This one was my favourite out of all three. (On a side note, the haters in our initial ranking claimed the OG chocolate-glazed was “dry AF,” so they’ll be happy to know that this Timbieb is not.)

Maybe I’m just a purist, but the Timbiebs don’t stack up to the original Timbits for me. Overall, I found them a bit over-the-top—just too sweet for my taste. They’re fun to try once, but I likely won’t be a repeat snacker. (But, as Bieber likes to say, ”never say never.”)