The Flavour-Bomb Vegan Ingredient I’ve Come To Rely On

Sometimes dried is better than fresh. 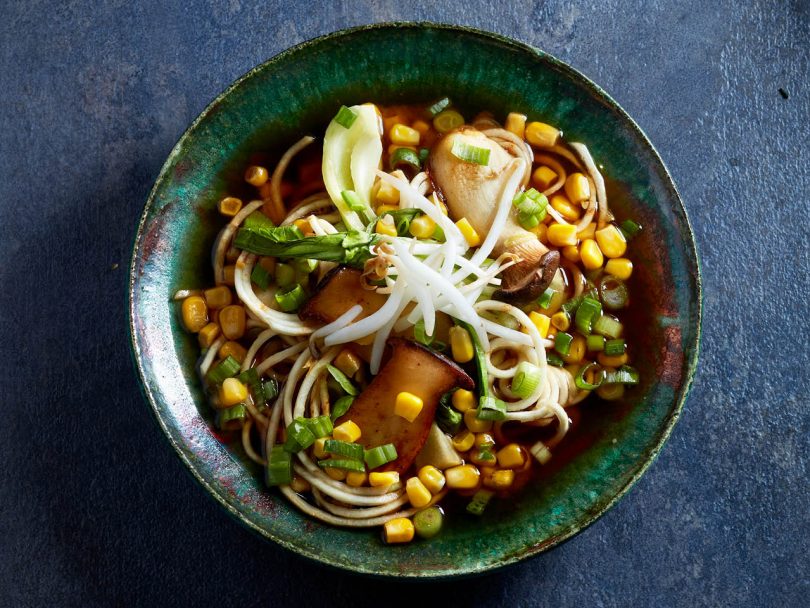 I’ve always loved mushrooms. I eat them raw with ranch dip, in gravy, and as a roasted side for holiday dinners. Four years ago, they became an even bigger part of my diet after a delicious bowl of vegan ramen in Montreal.

The entire dish was bursting with flavour, but the mushrooms really stood out. I asked the chef what his secret was. “Dried mushrooms,” he replied. Since then, I’ve started to use dried mushrooms in nearly everything I cook.

Why are dried mushrooms better than fresh?

Isn’t fresh always better? In many cases, yes (always go for fresh herbs, for instance), however for mushrooms, it’s an entirely different story.

Dried mushrooms have a meaty texture and a beautiful, concentrated flavour that comes out when you rehydrate them. As someone who follows a plant-based diet, the meaty texture is key in dishes like veggie lasagna and fajitas. Dried mushrooms are also inexpensive, easy to find and keep anywhere from six months to a year as long as they’re stored in a dark, dry place.

But the best part about dried mushrooms is the liquid you’re left with after rehydrating them. Don’t waste it — it’s an incredible bonus ingredient that packs a punch of mushroom flavour. The flavour can be overwhelming, so add one tablespoon at a time, until you get the desired taste, in sauces, soups, or risotto. If you don’t use it all up, store in the fridge in a sealed container for up to five days.

What type of dried mushrooms should I buy?

When purchasing dried mushrooms, I tend to go for shiitakes. They’re great for a wide variety of dishes (like soups, stir fries, and sauces) and tend to be less expensive than porcini or morels. Dried porcini mushrooms are perfect for a classic mushroom risotto.

How to cook with dried mushrooms

To cook with dried mushrooms, you first have to rehydrate them by soaking them in boiling water and waiting until they come to room temperature. If you’re not in a rush, try soaking them in room temperature water for several hours until soft. The slow soak keeps more of the flavour in each mushroom. If you’re planning to use them in a broth or soup, just add the dried mushrooms straight into the pot. Your mushrooms will take on flavours from the broth and will in turn infuse mushroom-y flavour into the soup.

I love using my dried mushrooms for a simple ramen or mushroom gravy. So what are you waiting for? Get re-hydrating.