I'm tempted to say 'eff it' and grab a disposable cup. 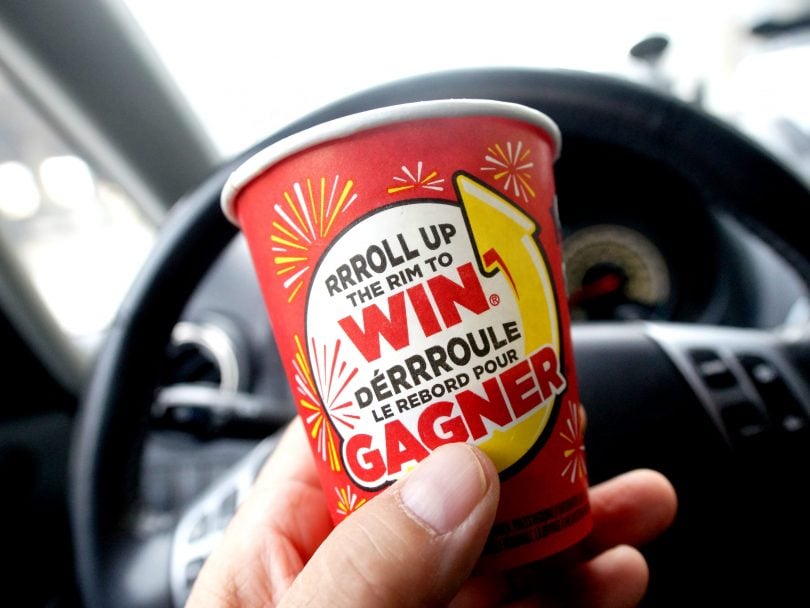 When I lived in Northern Ontario some years ago, locals liked to joke that there were three seasons: “black fly,” “Ski-Doo” and “Roll Up The Rim.” It was intended to poke fun at our collective national obsession with Tim Hortons’ annual giveaway blitz, but to me, it seemed totally reasonable.

I’ve been a RUTR fangirl for decades. I’ve kept charts on my cubicle tallying the win ratios of me and my co-workers (one particularly fortuitous year, I was tracking at 40 percent success). The cellphone cubby in my car is filled with gnarled, torn, “Winner/Gagnant” tabs, gross and — as I found on trying, unsuccessfully, to redeem one in June after finding it under my floor mat — functionally useless. Over time, the tiny frisson of turning up my cup lid has become a balm, a fun way of coping with the grim, grey, dirty slush of the waning days of winter. 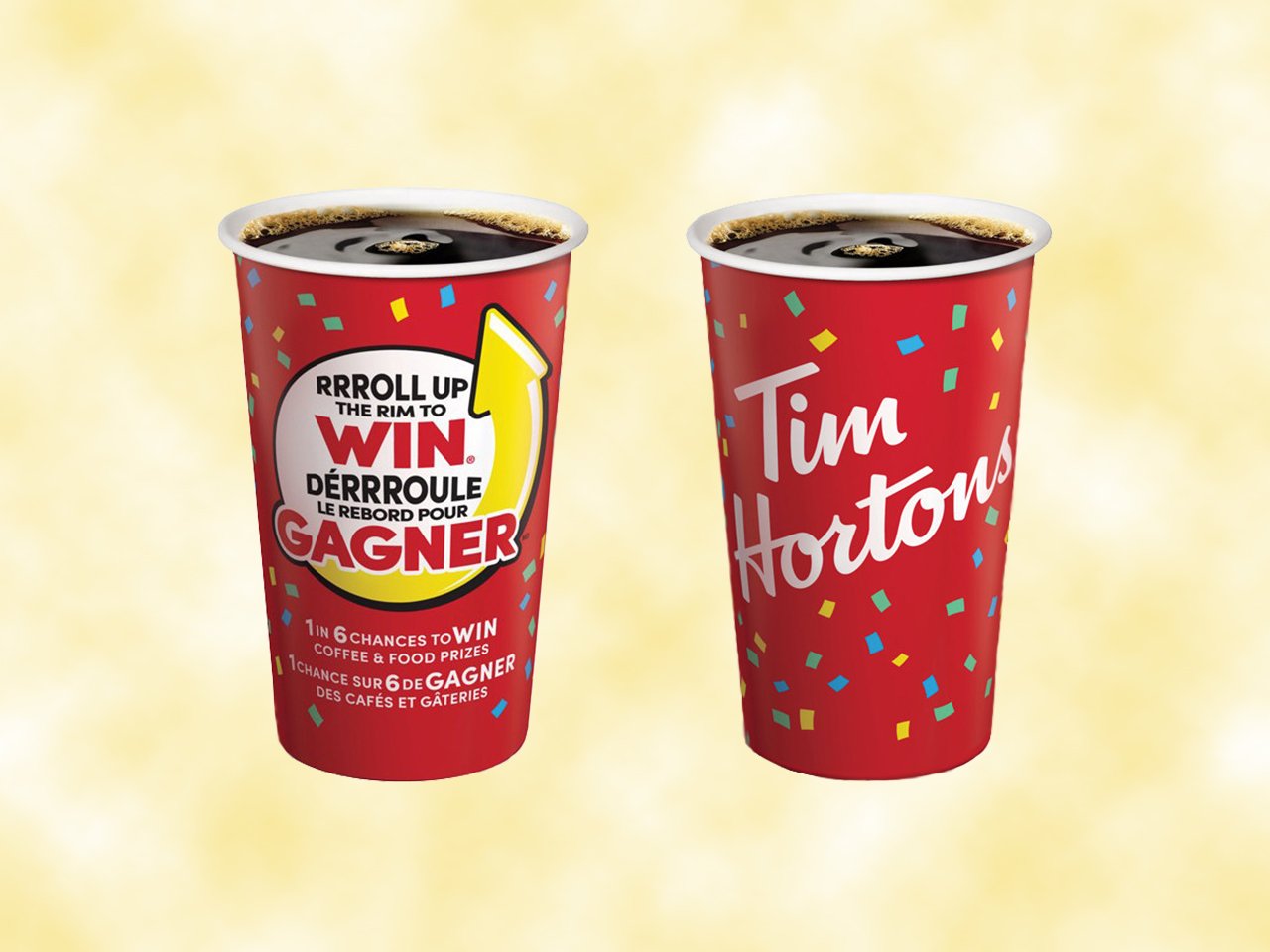 Roll Up The Rim To Win Is Back. We Answer All Your Burning Questions

But not this year. In fact, 2019’s RUTR campaign — which kicks off cross-country on February 6 — has me in a crisis of conscience.

Why? Those damned cups. Like most Canadians, I work in close proximity to a Tim Hortons. In fact, there’s one in our office building. As a Highly Caffeinated Lady since the age of, oh, about 13, I loved this, and lined up two, sometimes three, times a day for a paper cup of delicious regular blend — one milk, no sugar. I knew it was wasteful, but assuaged my guilt by reasoning that our office purports to recycle coffee cups. And I didn’t investigate further — even though I knew the plastic film lining each cup often renders them landfill-bound, and that private outfits like the one hired to handle our building’s waste management are under no obligation to actually recycle — because I didn’t want to know the answer.

When my workplace introduced a Ritual-style app that allowed me to place an order from my desk and pick up my paper cup from a designated counter, any impulse to curb my wasteful ways disappeared. The temptation of avoiding the ceaseless Tim’s line was too much. So I kept buying, and kept tossing.

No more. After years of nagging guilt — and probably some existential mid-life urge to leave this planet less of a disaster — I entered 2019 with a general, gentle mandate to consume less. My efforts are modest: I’m aiming to avoid purchasing a single item of new clothing this year, I’ve started covering bowls with plates instead of plastic wrap, and I’m hitting up the bulk store a lot more often, used baggies in tow like your weird hippy aunt. And, after extensive online researching, I acquired a stainless-steel Yeti coffee tumbler and brought it to work. No more disposable cups for me.

That’s good for the planet. It’s good for my wallet (those 10-cent bring-your-own-cup discounts add up.) And the smug do-gooderism I feel as I scrub out my Yeti a few times a day is, I’ll admit, good for my ego.

But now, as RUTR season has begun and I’m seeing my colleagues rolling, rolling, rolling, I’m tempted. Every time I sip from my joyless, hard, ruthlessly utilitarian steel cup, I think: “There will be no free doughnut for you here, Al Gore.” I don’t like it. My life feels about 10 percent less exciting.

But I’m trying not to waver. Like flossing and eating kale, I’ve accepted this tiny daily bummer as a consequence of being a better person. In an ideal world, Tim’s would introduce a waste-free option for BYO-Mug-ers to experience the joy of RUTR — maybe an app, or a point-of-sale digital lottery, or even an old-fashioned Wheel of Fortune-style spinner at the checkout. There are so many options that don’t rely on the physical transmission of grubby old oily cardboard tabs! A better way is possible!

In the meantime, this recovering RUTR addict will be over here, sipping stoically, wondering what anyone ever saw in February at all.