After My Friend Died, I'm On A Mission To Take More Photos

In my photo albums, we are all frozen in time in our twenties and thirties. But I want proof that we’re still in each other’s lives. 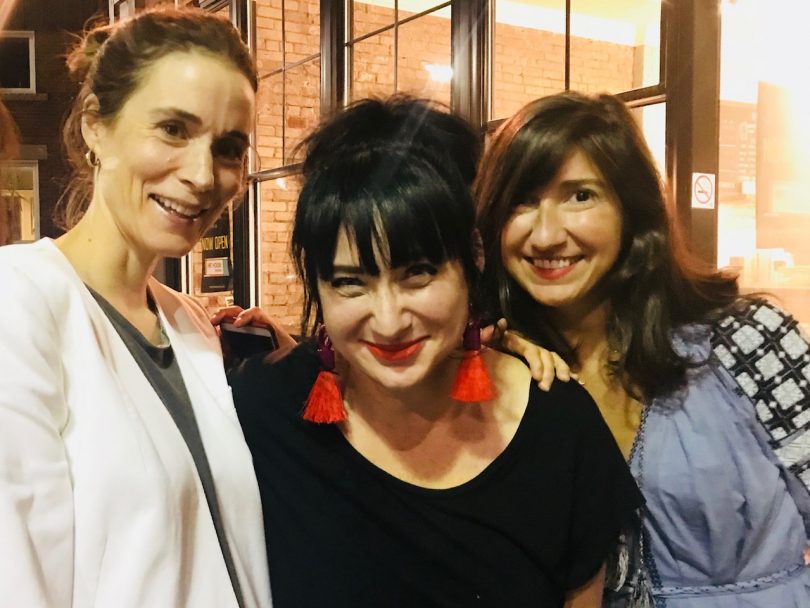 Jordan and I worked together at FASHION magazine in the mid-2000s. I met Olivia, who was Jordan's best friend from high school, through her. Photo, courtesy Leah Rumack.

“UGH, where is it?!” I screech, growing increasingly frantic as I drag boxes full of photo albums off my dusty basement shelves. I need to see this picture. I need to hold it in my hands. I scour every photo album in the house multiple times (yes, I still print out pictures because I’m old-fashioned and also convinced “the cloud” will suddenly evaporate taking the record of my entire life with it) but I can’t find it anywhere.

It’s the day after I’ve found out my friend Jeff has suddenly died, and I need to look at his face. But I can’t find my favourite photo of us, the one from my wedding almost 10 years ago, where I’m reaching out to hug him as he’s arriving and he looks so happy. Did I imagine it? I can see it so clearly—the tilt of my head, his smile. I hadn’t seen that smile for a long time. 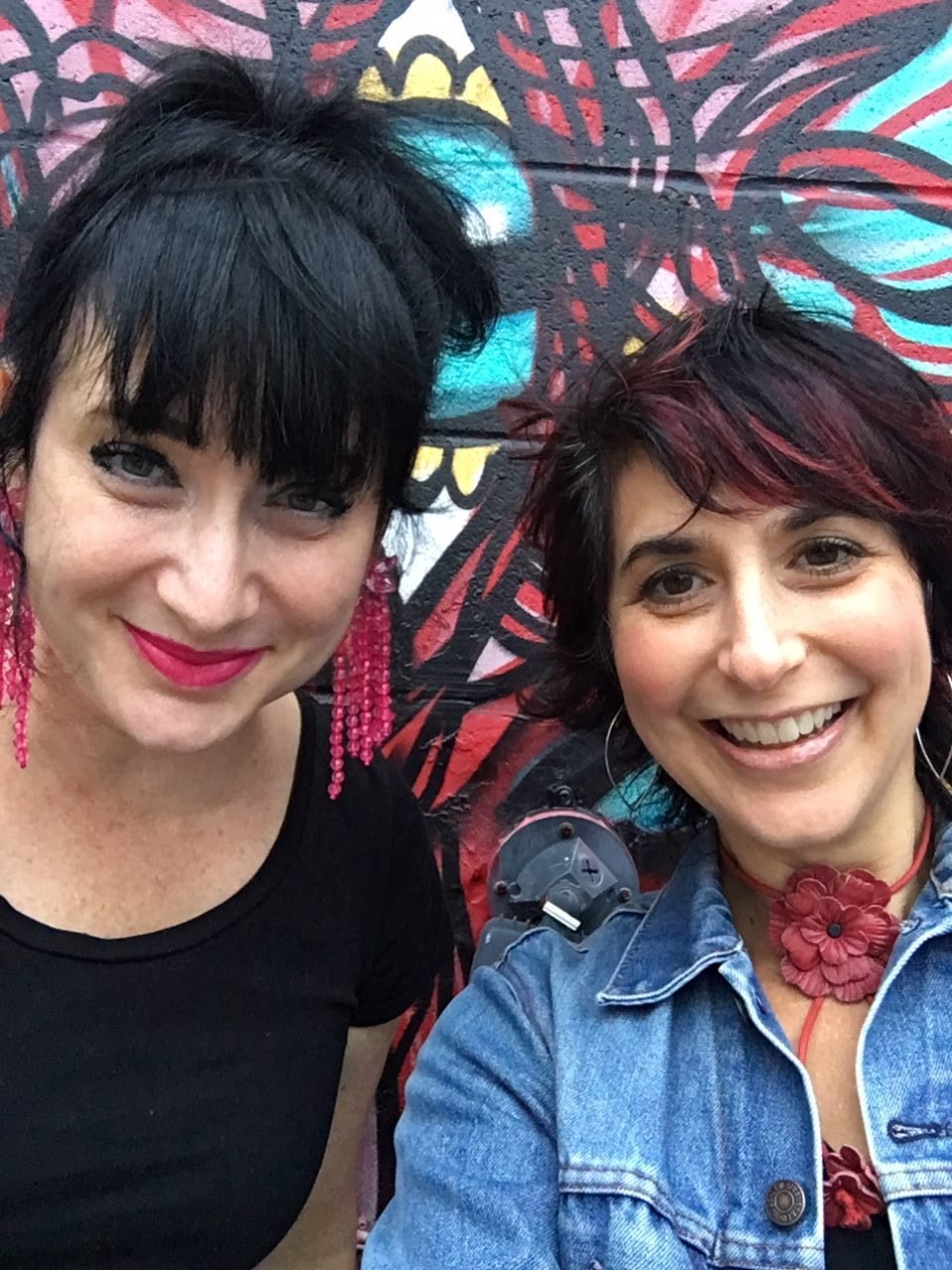 I interviewed Rory, who is a fashion designer, for FASHION magazine. We also used to be part of the swing dancing(!) scene but really became friends when we started going to the same gym. (Photo, courtesy Leah Rumack)

At one point in my life, Jeff was one of my best friends. We went dancing until the early morning, we scoured late-night parties looking for lovers, we smoked copious amounts of weed. We were together so often people often mistook us for a couple. But on one of those nights out with Jeff, I did find a lover, who in short order became my husband and the father of my child. My life and Jeff’s diverged dramatically.

By the time I got the call that he’d died alone at his kitchen table—heart attack? Stroke? His friends never found out—I hadn’t seen him in at least five years. So I feel both like a faker and a ghoul as I search high and low for this picture of us to add to the collage people are putting together for his memorial. Do I have the right to be sad when we haven’t been in touch for so long? Why am I suddenly missing him when I don’t even have his phone number anymore?
[contextly_auto_sidebar]

But as I’m maniacally flipping through albums looking for that one photo but finding so many others—Jeff in my old apartment in a Halloween costume, Jeff at my birthday party where I’m wearing a sailor outfit (why?!), Jeff smoking at a music festival in Detroit—I notice something. There are pages upon pages of pictures of my friends, and then an innocent first shot of a future husband marks the beginning of an end.

After the weddings and the baby showers, all of which seemed to happen in one dizzying five-year period of obvious groupthink/biological-clock panic, my friends disappear from the pages. There’s just photo after photo of my husband and son, with some of my niece and nephews thrown in for good measure. 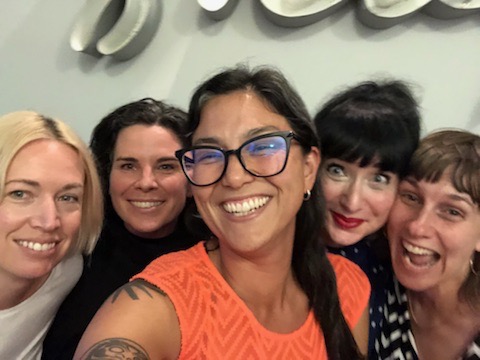 My friends didn’t vanish from my life the moment I had a kid, so why did they evaporate from my photo albums? In our actual lives we’d all aged, had more children, been fired, had marital troubles, suffered miscarriages, gotten divorced, had health crises, bought houses, lost parents and eaten many, many tipsy dinners together.

But in my photos we were all frozen in time in our mid-thirties. I don’t have any recent photos of my old friends, and none at all of the now-close friends I’d made since my kid’s birth. I’m not sure exactly what happened.

Part of it is probably just this stage of life—we still see each other, but most of my friends are also parents, which means we definitely see each other less. Did it start to feel silly to document yet another lunch date when you’ve just taken 76 stop-motion photos of your six-month-old eating solids for the first time (adorable!). Was it because as we’ve aged someone—often me—will always cringe, hide or protest as soon as a camera comes out? “Not today,” my friend moans. “We don’t look good today.” 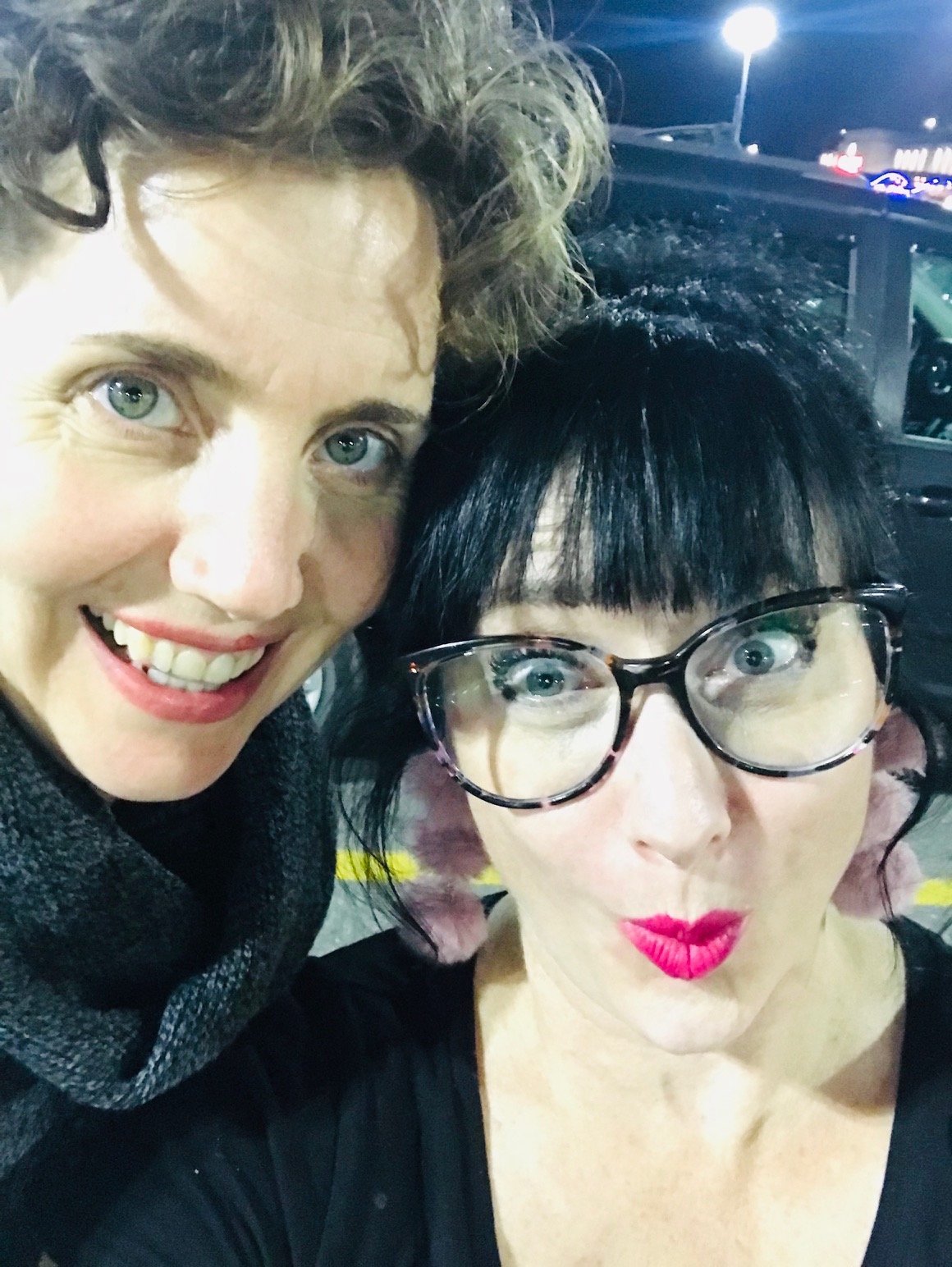 I met Stephanie at The Women’s Centre at York University in the 1990s. We always skipped psychology class together. I got a B. (Photo, courtesy Leah Rumack)

Conveniently, this decision coincides with my birthday, which means I have a month of birthday-related gatherings (See? I still have friends!) where I can kick-start stealing everyone’s souls for celluloid. I want to honour the fact that these awesome bitches (and a few gents) are still my ride or die, and that we’ll probably be Golden Girl-ing it up together in 30 years.

I want proof that we’re in each other’s lives. And I need to stop treating The Pretty Years Where We Had Dinner Clubs as the only important ones. My last date with one of my besties may have been at an indoor kids playground where we both idly wondered if we were actually in hell, but those memories are worth holding on to, too. And I’m sure, given the genesis of my sudden fixation, that there’s some small part of me that’s afraid I’ll die, or that they will (I had one friend repeatedly duck my paparrazi attempts because she thought I was tempting fate).

But you know what? Things happen, people do die, and my friends are my family, too. They deserve a spot next to the hilariously crappy homemade Mother’s Day cards and sunny family vacation pics in my albums.

There’s one more picture of Jeff I can’t find, though I search high and low for it. In it, Jeff and I, and a few other friends are taking a ridiculous group selfie. Somehow, through years of phone upgrades, it’s still digitally attached to one of those friends as her contact image, so every time she calls me, I see Jeff’s face, laughing.

I won’t ever change it, even if I knew how.