Ramadan 2020: Protecting Your Mental Health Is A Spiritual Duty

Tips to help you stay spiritually connected and merciful towards yourself this month.

By Radiyah Chowdhury Updated May 7, 2020 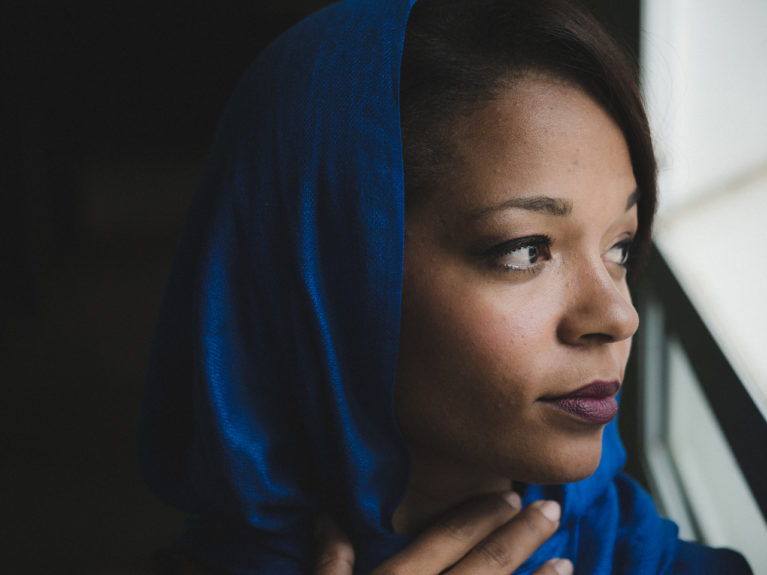 We’ve successfully completed 10 days of Ramadan, which means we’re one third of the way through. Consider this a check-in: How are you feeling, with nearly 20 days to go?

Before Ramadan began, I had a thought that was both troubling and comforting: I was doing fine in isolation. As my peers and friends expressed difficulty at being separated from society at large, I thought that something must be wrong with me: why didn’t I feel as affected as everyone else? Then I came across an article in the Daily Beast that validated some of my suspicions. I’m someone who deals with anxiety on a normal basis, and apparently the new, pandemic-inspired chaos of the outside world reflects a lot of what I usually feel internally anyway.

It seems that people who ordinarily have depression or anxiety might be faring well right now, because they’re already familiar with dissociating—which means disconnecting from one’s memories, feelings, thoughts, or sense of identity. A mild dissociation is something almost everyone experiences at some point (issues like chronic amnesia or multiple identities are more serious). Right now, the ability to hold yourself at arm’s length from difficult feelings and situations in order to function seems to be a useful coping skill.

Perhaps my anxiety, which often destabilizes me in general society, is helping to sustain me now? But then Ramadan started, and during this time of internal reflection and spirituality, I realized the pitfalls of checking out of reality.

Currently, my dissociation looks like going through the motions of prayer while my mind goes elsewhere. Trying to focus on the Quran, or other books and videos that aim to teach me something about Islam, has been difficult as I struggle with turning off a mode of being I’ve unintentionally become accustomed to. According to Sarah Ahmed, psychotherapist and co-founder of WellNest Psychotherapy Services in Toronto, dissociation is a normal reaction to the fallout from COVID-19, and there are ways to stay connected this Ramadan.

Many people are anxious and depressed about the state of the world and what’s to come. The additional pressure of trying to maximize the blessings of the holy month might exacerbate those feelings, says Ahmed. “Like, ‘I have all this extra time. Why am I not doing all those things I said I would do…?’” she says, imitating our internal voices. “My excuse then was I was commuting. I was physically exhausted. But I have no excuse now.’” It’s no good to expect ourselves to be as productive as when things were “normal,” she says. Even though it might seem like you have more time, you’re locked in your home due to a global pandemic. Safety concerns, exposure to constant alarming news, isolation from loved ones, parenting young children—all these exhaustions are exacerbated right now.

Ahmed suggests people go easy on themselves. Think about one small thing to do by way of worship, such as waking up five minutes before suhoor to offer additional prayers, and try to do that consistently. “Those small things do add up. It doesn’t have to be a huge gesture,” she says.

She also recommends trying to replace disassociation with temporal distancing, which is “essentially thinking about something as though it’s in the future.” Imagine yourself later this year, looking back and marvelling at what you experienced just three months ago (which is now). “It allows you to think about it in a futuristic perspective, which instills hope and reminds you that ‘what I’m doing right now is temporary’,” says Ahmed.

Imam Yasin Dwyer, executive director of Muslim Chaplaincy of Toronto, agrees. “One of the most important features of self care is to make sure you recognize there’s always hope,” he says, adding that while Ramadan looks different this year, the sacredness of the month remains. “Even when we were encouraged not to gather [for Friday prayer], the sacredness of Friday remains. The sacredness of our religion and faith all remains. We have to be spiritually hopeful that the promise of God remains and is always true.”

I think often of my struggles to read the Quran in Arabic at Islamic school. I was frustrated because my reading seemed lacking compared to many of my peers. My tongue stumbled awkwardly over letters, my recitation was choppy and disjointed.

Seeing my frustration, my sixth grade Arabic teacher offered a reprieve, quoting the Prophet Muhammad. “The one who recites the Quran beautifully, smoothly, and precisely, he will be in the company of the noble and obedient angels. And as for the one who recites with difficulty, stammering or stumbling through its verses, then he will have twice that reward,” he reminded me.

Ramadan isn’t meant to be easy, from the hunger to the fatigue to this year’s added element of isolation. But while I typically describe myself as pessimistic or cynical, as a person of faith, with a genuine trust in God, this isn’t true at its core. I believe in the promise of something greater than me. And there has always been room for difficulty.

Everyday I live is proof of inherent optimism, even if that day involves struggling. Our struggles are valid, and we should not feel lesser for them. The faith itself tells us that our efforts are worthy of blessings—and simply trying, doing your best, that never goes unseen.

“The door to Allah’s mercy is never closed,” Imam Yasin says. “So therefore, the most appropriate way to deal with the self is to be merciful, as well.”

Next week’s column is on the women who keep Ramadan—and our communities—running. If there’s a woman you know who fits this criteria, let me know. You can email me at letters@chatelaine.com or find me on Twitter at @radiyahch.