Caroline Mulroney Is Playing The Mom Card, A Tricky Game For Women In Politics

Mulroney's talk of motherhood seems, in part, deeply strategic. But there are risks for women who bring family into politics. 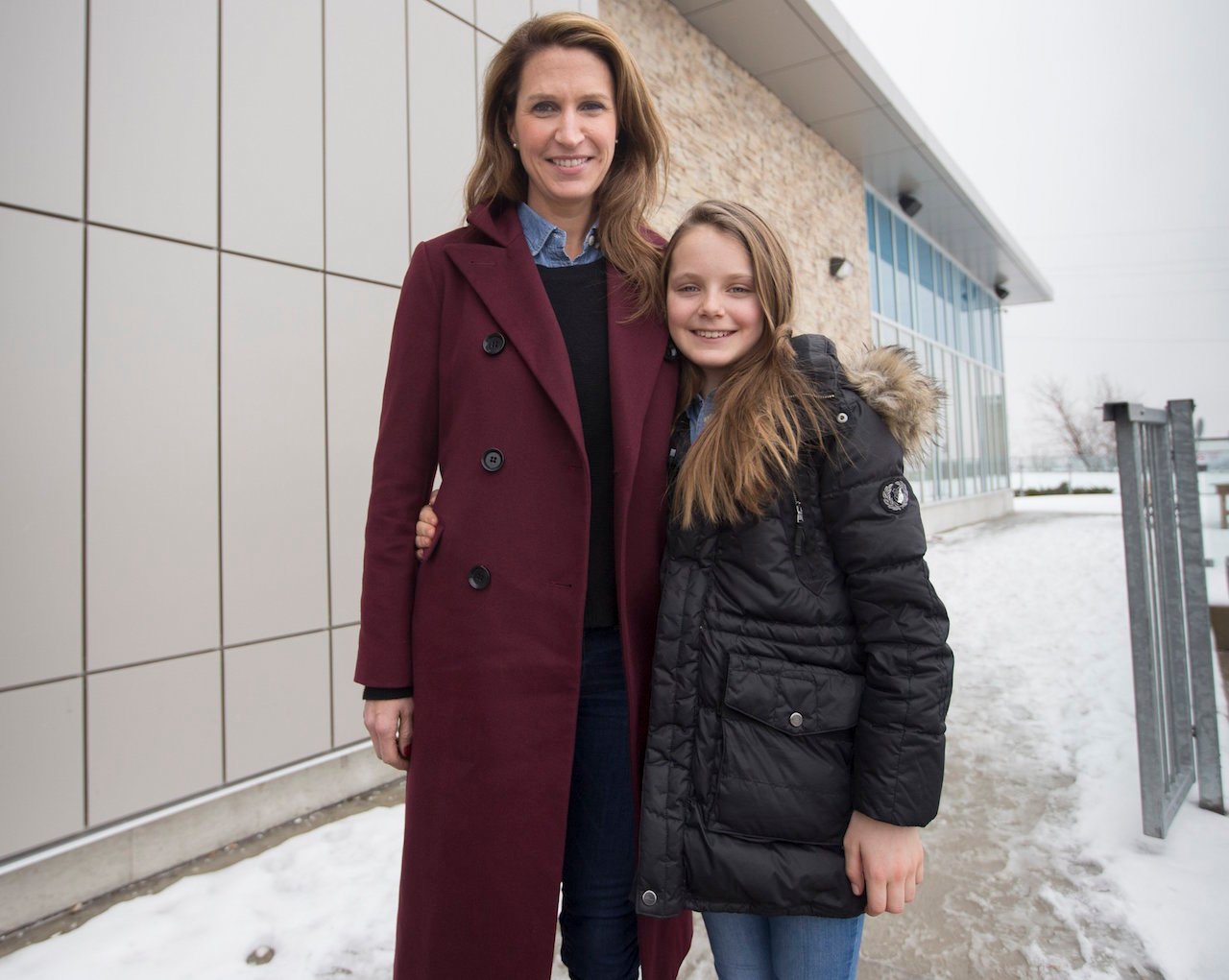 In a pair of videos posted to social media on Super Bowl Sunday, Caroline Mulroney kicked off her campaign to be leader of the Ontario Progressive Conservatives. One has her posed on a couch between her four telegenic and enviably well-behaved children while she cheers, “It’s game time.” In the other, she’s flanked again by her kids, as well as her husband, and backed by a small crowd of supporters. “As a working mother of four,” she says, “I worry about the future for our children and our province.”

Mulroney is at once a Conservative insider (she’s the daughter of former PM Brian Mulroney) and a political rookie. She left her career in finance in the fall to run as the PC candidate for the provincial York-Simcoe riding. Then, a couple weeks ago, Ontario PC Leader Patrick Brown abruptly resigned just a few months before the upcoming election, after two young women alleged he had behaved in sexually harassing and abusive ways towards them. Brown’s departure left the PC party, which many anticipated could topple Kathleen Wynne’s troubled Liberals, with a disaster to deal with — and that was before Doug Ford descended into his mom’s basement rec room to announce his own leadership bid. (When will the Fords learn to stay out of their family’s basements?)

To leap from first-time candidate to leadership contender is bold, but Mulroney looks like a strong candidate. (The other declared candidate is former MPP Christine Elliot.) Mulroney possesses a blue-chip resumé, with degrees from Harvard and New York University, has name recognition, corporate connections and deep party support — former federal Conservative cabinet minister Lisa Raitt is one of her campaign co-chairs.

All of which makes her emphasis on her motherhood status so interesting. It’s in her campaign videos and her bio (where she’s described as “a mom raising four beautiful kids with her husband Andrew”), and she’s raised it in interviews unprompted. When CBC asked her about her lack of political experience, she said, “I’ve been working for 20 years in law and business, I started a charity, and I’ve been doing that while raising kids. I think I bring a different kind of experience to Queen’s Park.”

To be clear, while a person’s life experiences will inevitably shape their politics, a candidate’s family status shouldn’t have a bearing on how well they do the job. In Mulroney’s case, being a mom is salient because she has made it so. On issues, she hasn’t offered much more than a list of generic fiscal-conservative values — her likes: jobs, prosperity, opportunity; her dislikes: taxes, rising hydro bills, cap and trade. On her website, she says she’s the only candidate who can beat Kathleen Wynne, but doesn’t explain how or why. In the absence of these details, being “a working mother” has become a prominent aspect of her leadership bid.

Motherhood can be a tricky issue for women politicians to highlight. Talk too much about your kids and you look unambitious and weak. Talk too little about them and you’re seen as neglectful — if she’s off running the country, then who’s looking after the kids? Come across as too maternal and you’ll trigger the mommy issues of leagues of insecure men — remember how often pundits referred to Hillary Clinton as being a nag, bossy and shrill?

Some conservative women have been successful leaning into motherhood, using it as a signal of moral authority. Recall how Sarah Palin charmed crowds when she referred to herself as “mama grizzly” and hockey mom, and how she used her large brood to showcase her family values. Still, there’s always the chance that the strategy of putting your children in the spotlight will backfire, as it did for Palin when her teenage daughter’s pregnancy was revealed. Suddenly the grizzly mama was in the centre of a media storm over what should have been a private issue.

Playing the parent card is easier, of course, for male politicians. Being a good family man is a political cliché and an asset on both the left and right. As fathers of young children while in office, Justin Trudeau, Stephen Harper, George W. Bush and Barack Obama seemed sincerely devoted to their families. But they were helped in sustaining their role and image as engaged dads by having independent, smart and well-liked wives willing to do the actual day-to-day hands-on work of childcare while they governed. The demands of fatherhood aren’t thought of as a constraint on men’s time or focus. I don’t think I’ve ever heard a male politician refer to himself as a “working father,” because the expectation is that dads will work, and that they will put work first. Working mother suggests a tension; working father is the status quo.

In Mulroney’s case, her talk of motherhood seems, at least in part, deeply strategic. The wholesome details of biography, such as her four kids and her charity work with homeless women and girls, serves an implicit rebuke to Brown’s alleged transgressions. Mulroney might lack legislative experience, but she’s a nice mom who’s never been accused of soliciting a teenage girl for sex. Her happy wife and devoted mother bona fides soften her alpha-female professional background, downplay her glamour and privilege, and make her seem more relatable.

This isn’t meant to dismiss Mulroney — her family is clearly important to her, and women with young children are too often discouraged to run for public office. As her campaign continues, though, it would be valuable to hear how her experience as a parent connects to actual policy ideas and legislation. It’s not enough to talk about her own family, what will she and her party do to help other families across the province?

The idea of being both a political leader and the mother of young children is still a very new one. New Zealand Prime Minister Jacinda Ardern recently announced she was pregnant with her first child and would take a short maternity leave. She found out she was pregnant six days before she was confirmed as PM, and when asked by a reporter how she managed to set up a government while contending with morning sickness, she said “It’s what ladies do.” The story was so novel it was global news.

If Mulroney secures the leadership, Ontario will have a novel showdown, too. Three female candidates vying to be premier: Mulroney, a mother of four; Wynne, a lesbian grandmother; and NDP leader Andrea Horvath, a single mother of a grown son. What will be real progress though, is when this isn’t novel at all.