The Winter Weather Forecast According To Environment Canada

Good news! This winter is predicted to be milder than normal all across Canada. 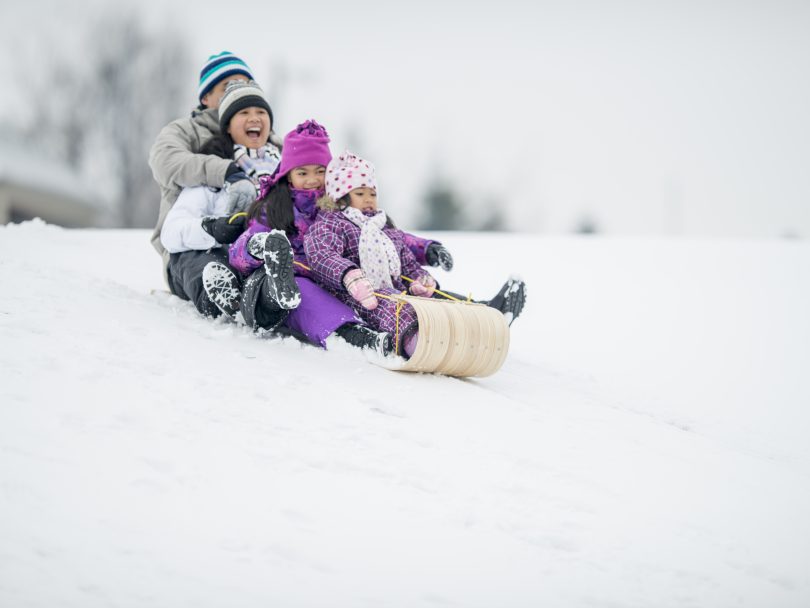 Fall weather has come and gone and many parts of Canada have already had their first snowfall, but winter is still a few weeks away. So, what exactly does the season have in store for Canadians?

It’s difficult for meteorologists to tell us exactly what the weather will be like for the whole season, but David Phillips, Environment and Climate Change Canada’s senior climatologist, gave us a nationwide forecast for December through February. “There was a lot of concern because the only forecasts that Canadians really had [so far] was the Weather Network, Farmer’s Almanac, Accuweather, and they all indicated it would be a hard, cruel, cold, snowy kind of winter,” notes Phillips. “I think [Canadians] were tired of winter before it even started. And it’s still three weeks away, according to the official astronomical beginning.”

Despite forecasts like the Farmer’s Almanac’s, Environment Canada is predicting that Canadians nationwide can expect a warmer-than-normal winter. However, while this is a seasonal forecast, it’s still important to check daily local weather conditions when planning activities (we love Environment Canada’s WeatherCAN app). “What it means is that the dominant pattern will be milder than average,” explains Phillips. “It means that there are other possible outcomes, and they might still occur—it just means they’re less likely to happen this year.”

For example, polar vortexes, which are notoriously hard to predict, can still make for chilly weather. (Polar vortexes are those wide expanses of cold air that are usually parked in the Arctic, which can expand in the winter and send cold air south). “We will get [polar vortexes] this year, we’re not cancelling winter,” says Phillips. “But whether it stays south for days or weeks or months, that will be the issue.”

Phillips points to climate change as one possible explanation for a warmer winter. Warmer oceans and less ice in the arctic—two effects of climate change—are big factors in a warmer-than-average winter, according to Phillips. “The one season that has truly changed in Canada is winter. The winters just aren’t what they used to be,” says Phillips.

Here is what Environment Canada is forecasting this winter, region to region.

The Atlantic provinces are predicted to be milder than normal this winter. The only place in Atlantic Canada that will experience normal winter temperatures is Newfoundland.

The only area in Canada being forecast as drier than normal is Northern New Brunswick, Eastern Quebec, and into Labrador. The drier-than-normal winter might be problematic for the region’s economy—New Brunswick is one of the snowiest provinces and attracts tourists who want to go skiing, ice fishing, and participate in other winter activities. However, a drier winter might help prevent a devastating flood season come spring in the St. John river.

Quebec is forecast to be warmer than normal. One thing to note with a milder winter is the snow cover. “When you have this kind of milder weather, you’ll see the bare ground on several occasions,” explains Phillips. “Snowmobiling, skiing, it’s more pick your time, don’t procrastinate when you get some good conditions. Go for it—because you never know when the next warm front is coming your way to take that away.”

Ontarians, like the rest of the country, will likely be seeing a warmer-than-normal winter. More precipitation than normal are expected in Southern Ontario. Precipitation is hard for meteorologists to predict accurately, as it could come down either as rain or snow.

Ontario might also see lake effect snow (when cold air originating from the north moves across the warm open waters of the Great Lakes and turns into snow) in the Great Lakes region. Because of the warmer-than-normal forecast, this might go on longer. The lake effect dies out when the lakes freeze over— if they don’t freeze over, it’s likely that Ontarians will see lake effect snow storms well into February and March, the period when the lakes are usually frozen over.

According to Environment Canada’s models, the only area that will experience normal winter temperatures in the Prairies is Western Alberta—the rest of the province will be warmer than normal.

In terms of precipitation, most of the Prairies are showing what Environment Canada calls “no call,” meaning there’s an equal chance that it’ll be below normal or above normal. The only area showing wetter than normal weather are the Northern and Central Prairies. “Areas like Edmonton and northwards or Saskatoon and northwards might be described as wetter than normal,” says Phillips. “The Southern part [of the Prairies] could be wetter, could be drier, could be in between. I would be a charlatan if I stood here and tell you what it would be because I have no evidence.”

The heavy precipitation the region experienced in the fall means that one of the factors that often triggers Red River flooding, a wet fall and winter, is already present. Wet weather is just that one of the five factors that influence flooding, so there’s no reason to be concerned just yet. “It depends on what kind of winter and spring you have,” reminds Phillips. If it’s a warm winter, some of the water may melt or evaporate away, which lowers the risk of flooding. “But it depends on the precipitation [this winter], which we’re forecasting as normal. Nothing to worry about yet, but something to be on the lookout [for].”

The southern, central and coastal parts of B.C.—and all the region’s major cities—are forecast to be milder than normal, thanks to warm water off the coast in the Pacific. It is also likely going to be a wetter than normal winter in B.C.—potentially rainier in the cities and snowier in the mountains and the North. “You could be golfing in Vancouver during the day, and skiing in the mountains in the afternoon,” says Phillips.

The forecast for Northern B.C. is what Environment Canada calls “neutral,” meaning there’s an equal chance that it could be normal, warmer than normal, or even cooler than normal. But, Phillips thinks it will be near normal temperatures for this time of year. “There’s no areas colder than normal and there’s lots of areas warmer than normal around it,” says Phillips.

This October was also the lowest ice extent (the area of ocean where there is sea ice) ever recorded in the Arctic—there was a lot more open water than usual, which could temper cold air masses.