What To Know About Hockey Canada’s Sexual Assault Crisis

The allegations, the investigations—and what happens next. 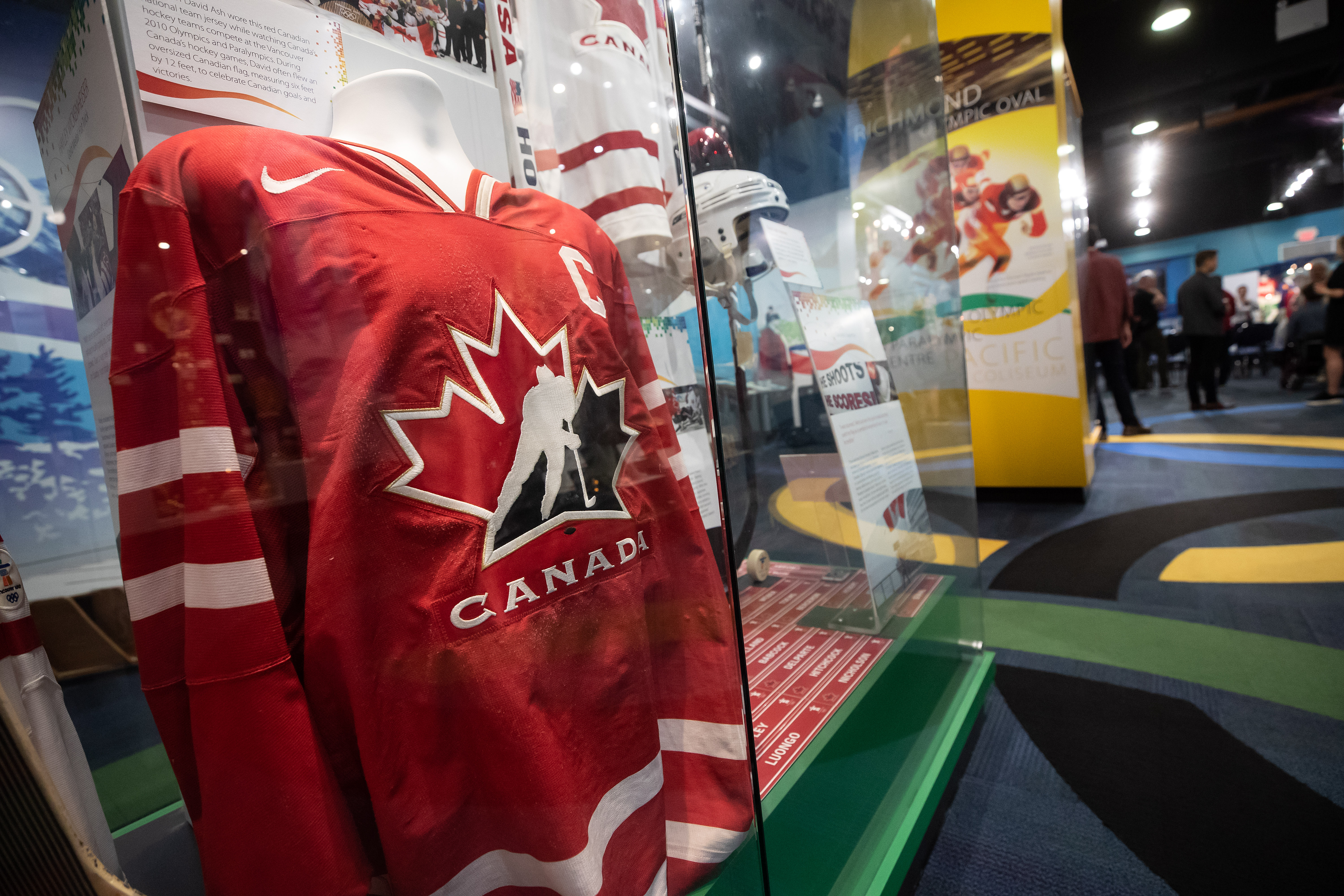 Hockey Canada is in the midst of a crisis that feels like a moment of reckoning. Over the past few months, the venerable national sporting organization (NSO) has been under immense pressure from people all over the country in the wake of a TSN report of an alleged group sexual assault in London, Ont., involving members of the 2018 world junior hockey team and another report, also from TSN, with more group sexual assault allegations involving members of the 2003 world junior hockey team in Halifax.

This all comes on the heels of additional safe sport controversies within Canada after the federal government froze funding to Gymnastics Canada last week, and it was revealed that allegations of mistreatment, sexual abuse or misuse of funds were levelled against at least eight NSOs. These allegations all came during the first five months that Pascale St-Onge—the federal minister for sport—was on the job. (She took the position in October 2021).

Here’s what you need to know about the Hockey Canada crisis.

What is Hockey Canada? What are the allegations levied against it?

Hockey Canada is the governing body for the sport of hockey within the country. It oversees 13 member branches (provincial and territorial hockey organizations) that manage and support the growth, education and well-being of the sport at all levels of play. Additionally, Hockey Canada is Canada’s representative to the sport’s worldwide governing body, the International Ice Hockey Federation (IIHF).

As briefly mentioned off the top, Hockey Canada is embroiled in a scandal involving sexual assault allegations against members of the 2018 world junior hockey team in London, Ont. As the TSN report detailed, a woman alleged she was sexually assaulted by eight Canadian Hockey League (CHL) members, including some who helped the 2017-18 Canadian world junior team win gold, while she was intoxicated in a hotel room following a Hockey Canada Foundation gala and golf event in June 2018. Earlier this year, she agreed to drop a lawsuit against the players, Hockey Canada and the CHL (an umbrella organization that represents the three Canadian-based major junior hockey leagues: the Ontario Hockey League (OHL), the Quebec Major Junior Hockey League (QMJHL) and the Western Hockey League (WHL)).

The woman reportedly said that Hockey Canada was made aware of the allegations, but that it ultimately failed to investigate the matter in question at the time. (The lawsuit has since been settled for an unknown amount.)

This settled lawsuit drew the attention of parliament’s Standing Committee on Canadian Heritage, which reviews the policies, programs and spending of the Department of Canadian Heritage (sport falls under this department). That committee asked for testimony from Hockey Canada officials on the matter.

On June 20, as part of a nationally broadcast hearing, current Hockey Canada president Scott Smith and outgoing boss Tom Renney testified under oath saying that the organization “was contacted the morning after the alleged assault by the victim’s stepfather.” That led to Hockey Canada both contacting the London police and hiring Toronto-based law firm Henein Hutchison LLP to investigate. Somewhere between four and 13 players participated in the investigation, Smith said, later adding that Hockey Canada’s third-party investigator advised them not to impose sanctions on members of the team who didn’t participate.

Not satisfied by all that they heard, the Standing Committee on Canadian Heritage subpoenaed Hockey Canada, Henein Hutchison and the CHL on June 23. This led to the recent public hearings that concluded on July 27. During this time, another disturbing set of allegations came to light.

On July 21, the Halifax police launched a criminal investigation of sexual assault allegations related to Canada’s 2003 world junior team. According to a TSN report, that incident allegedly involved about six players who “were recorded during the tournament having sex with a woman who was naked and non-responsive.”

Did Hockey Canada use federal funding to settle the lawsuit?

An important question that the Heritage Committee was trying to figure out was if any taxpayer money was used to helped settle its lawsuit with the woman who was allegedly sexually assaulted in London in 2018.

The organization says it didn’t use public funds, but, as a Globe and Mail report revealed last week, it turns out Hockey Canada has an entirely separate fund, the National Equity Fund, built out of registration fees paid by participants of all levels of organized hockey in Canada, that appears to have been set up to help settle lawsuits out of court. The fund reportedly “exceeded $15 million in recent years.”

The response to this report was met with scathing ire by Prime Minister Justin Trudeau who said, “I think right now it’s hard for anyone in Canada to have faith or trust in anyone at Hockey Canada.”

Earlier this week, a second “multimillion dollar” fund was reportedly discovered, this one amassed from player fees for emergency medical and dental coverage. Money from this fund was reportedly also used to help protect Hockey Canada from liability in lawsuits.

On Wednesday at the hearings, Hockey Canada chief financial officer Brian Cairo testified that Hockey Canada paid out $7.6 million in sexual abuse settlements since 1989. Of that, $6.8 million went to settlements related to former junior hockey coach Graham James, who was convicted of sexually abusing players he coached, including former NHL players Theo Fleury and Sheldon Kennedy.

How is Hockey Canada being investigated?

There’s distinctions to be made in the way Hockey Canada is being investigated.

The public hearings that the Heritage Committee was conducting focussed on figuring out what the leadership of Hockey Canada’s actions were in the aftermath of the allegations of sexual assault.

In regards to the incidents themselves, however, the Halifax police are investigating the 2003 alleged assault and, last week, it was revealed that London police would reopen their investigation into the 2018 case after London Police Chief Steve Williams ordered a review of the initial investigation.

“Through this review, they have determined there are further investigative opportunities available to us, and as such, the criminal investigation has been reopened to allow those opportunities to be explored,” Williams told The Canadian Press.

What fallout has there been in the wake of these allegations?

Despite these ongoing investigations, Hockey Canada has already been met with repercussions for its actions—or inactions.

The Canadian government froze the funding Hockey Canada receives shortly after the Heritage Committee’s first hearing. According to Sportsnet, six per cent of Hockey Canada’s budget comes from federal funding (so, approximately $7.8 million). Additionally, major sponsors Scotiabank and Telus have opted to pause their involvement with the organization, while Canadian Tire withdrew its sponsorship entirely for the upcoming 2022 World Junior Hockey Championship in Edmonton, which starts August 9.

Hockey Canada’s Smith confirmed on Wednesday that Canada would still be participating in the tournament.

This is the biggest question on most people’s minds in regards to Hockey Canada.

Kennedy, who has since dedicated his post-playing career to educating people on how to identify, prevent and eradicate abuse, called for all of Hockey Canada’s leadership group to step down.

“The same people with a new plan expecting different results is the definition of insanity,” Kennedy tweeted on Tuesday. “I call for the resignation of Hockey Canada CEO Scott Smith, his leadership team and the board of directors to resign and step down from their positions immediately. ENOUGH IS ENOUGH.”

Smith, on Wednesday, when asked by Conservative MP John Nater if he will resign, said he won’t. Nater said he’d spoken with someone who viewed a video of the alleged assault in Halifax in 2003.

These alleged incidents involving Hockey Canada are in the spotlight because of the high-profile nature of the sport in this country. However, sexual violence in Canadian sport is, unfortunately, not a new issue.

In an interview with the Canadian Press, Laurel Walzak—a sport media and sport business professor at Toronto Metropolitan University—said this is only just the beginning. Walzak is one of 28 Canadian academics who signed an open letter to Pascale St-Onge and Hedy Frye, chair of the Heritage Committee, before the second round of public hearings into Hockey Canada. The letter notes that research has shown that sexual violence in hockey is a systemic problem, and that men in leadership roles in Canadian hockey “must drive change.”

Hockey Canada itself has admitted it needs to fix its “toxic” culture. On July 25, it published an action plan that states its objectives as “elevate the expectations we have for everyone involved in hockey,” “effect positive behaviour from the grassroots to the national team level,” “set the standard for training, education and inclusivity” and “demonstrate leadership in the broader sport community.”

A Statement from the Canadian National Women's Hockey Team pic.twitter.com/vBXyxo7zqf

In light of what has come out from Hockey Canada, it would seem a new era of the organization must be forged in order for it to continue.