Not as surprising, given the new PC majority: A lot of them are conservatives. 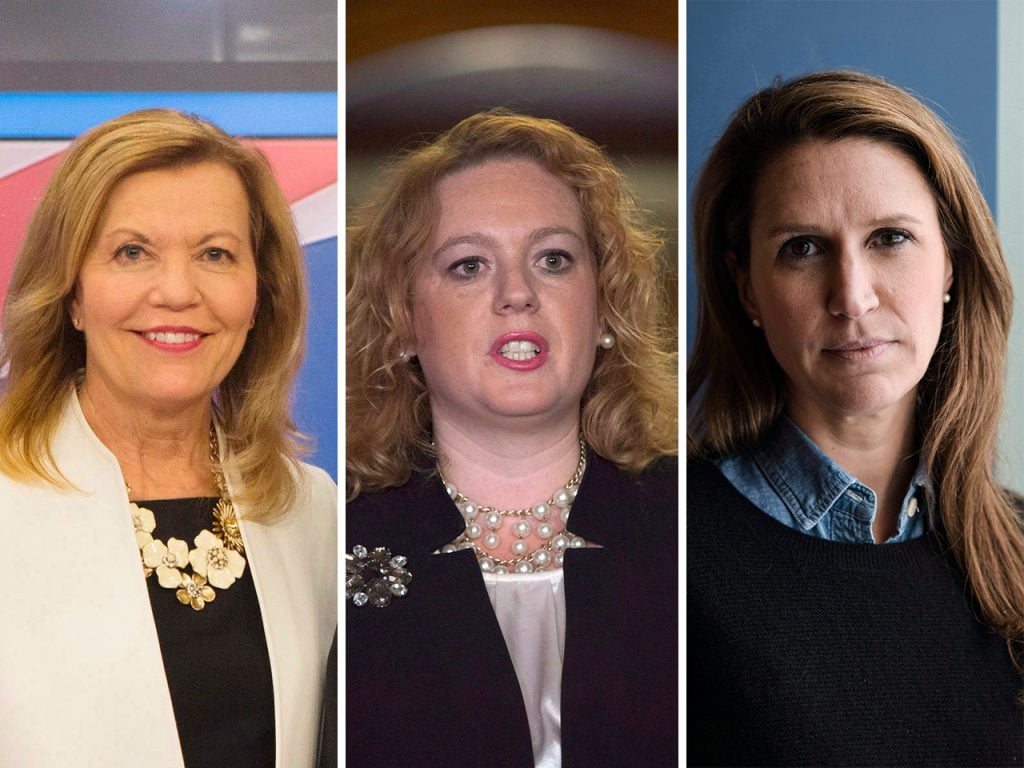 Ontario voters sent nearly 50 women to the legislature in Thursday’s election, a move that has boosted representation of women in the province’s halls of power — if only just slightly.

Amidst a majority sweep for the Progressive Conservatives, the polls report 49 women elected to the province’s 124 ridings, meaning they will now make up 39.5 percent of decision makers at Queen’s Park. Before the election (when there were also fewer ridings), women made up 35 percent of members of provincial parliament in Ontario.

Of course, given the way voters painted the province blue, more than half of these women are PCs — 25 women won seats for the Tories during the election after the party ran 32 percent women candidates, though they’ll be far outnumbered by their male colleagues at Queen’s Park (there will be 51 dudes representing the PCs in Ontario).

The New Democratic Party made history during the election campaign by running 56 percent women candidates — more than any other party in Ontario ever. Twenty of these women — out of 69 women candidates total — will line the opposition bench once the House is in session. That’s exactly half of the 40 seats the NDP won in this election. (How’s that for parity?) 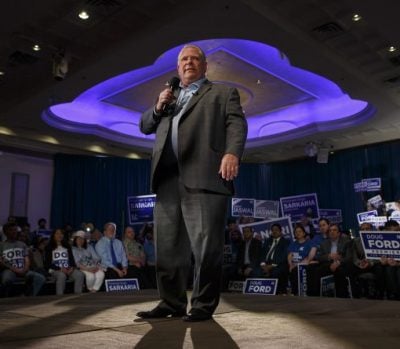 A lot of these women will be rookies, taking on the role of MPP for the very first time (one of these is Toronto Centre’s Suze Morrison, whom Chatelaine followed along with two other women taking a dive into politics for the first time in this race).

There will, of course, be far fewer Liberal women in the legislature — a product of the party’s stunning loss in this election (they came out of the ringer with seven seats in the end, one short of what they needed to maintain official party status). But of those seven, four of them are women — including outgoing Liberal leader Kathleen Wynne, who managed to keep her seat in a VERY close race (she won by just .4 percent of the vote).

What will this all mean for women in Ontario? That remains to be seen. But expect Doug Ford to install some pretty powerhouse women to high profile cabinet positions — here’s looking at you, PC leadership candidates and newly minted Toronto-area MPPs Christine Elliott and Caroline Mulroney, as well as PC veteran and Nepean MPP Lisa MacLeod. And given the women’s rights activism background of some of the women elected by the NDP, expect an official opposition that will hold Ford to account on issues of gender equity and sexual violence.

Here’s a full list of the newly elected women, gleaned from CBC News’s Ontario Votes 2018 results (the asterix marks seats that were already held by that party, not necessarily that same candidate):