Here's What You Can Do To Help Migrants At The U.S. Border

Over the past several weeks, over 2,000 children have been held in custody without their parents. 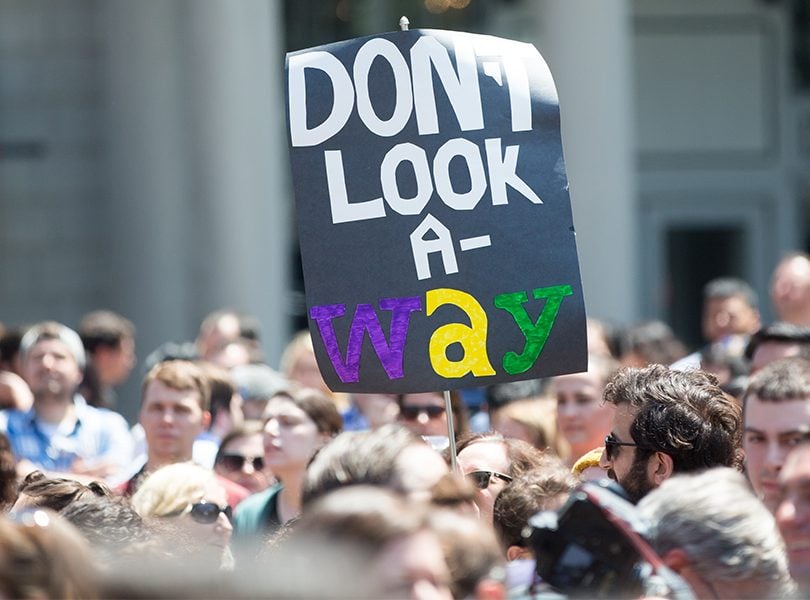 Since his election, President Trump has taken a strict stance on migrants fleeing across the Mexico/U.S. border, holding them in custody in detainment camps along the border until they can be sent back home and often working to criminally prosecute these migrants under the “zero-tolerance policy.”

These detainments have largely, and horribly, affected children. According to a June 25 article by VOX, over the past several weeks, over 2,000 children have been held in custody without their parents, often for much longer than the legally outlined detainment period of 72 hours. Recently, government investigators have spoken out about the conditions in these camps, recounting babies in dirty diapers, sick children and overall unsafe conditions. There have been at least five reported deaths of migrant children within the camps.

Here’s what Canadians can do to make a difference

There are a lot of things Canadians can do to help. RAICES is a great place to start. As a nonprofit agency, RAICES is the largest immigration legal services provider in Texas (where a majority of the border camps are located), and provides free and low-cost legal services to immigrant children, families and refugees. They’re an excellent source of information about the crisis, and they always need help. So, if you have family or friends located in the States, encourage them to volunteer. And considering making a donation. You’d be in good company; it’s supported by celebs like Mindy Kaling, who recently donated $1,000 towards the organization to celebrate her birthday.

Other U.S.-based organizations include Kids in Need of Defense, which works to ensure that children don’t appear in immigration court without representation (which, horrifyingly, happens regularly); The Urban Justice Center’s Asylum Seeker Advocacy Project, which works to keep families together and Women’s Refugee Commission. Slate has comprised a list of organizations and is continuously updating it. It’s important when looking for organizations to donate to that we choose reputable organizations that are already on the ground working towards reuniting families.

You can also write to the Canadian government. While it can seem ineffective to speak out when we’re so far away geographically, putting pressure on Canadian members of parliament or Prime Minister Justin Trudeau is still important, as it can encourage them to take tangible action. For his part, Trudeau has spoken out about the separation of families at the U.S. border, condemning Trump’s zero-tolerance policy. “What’s going on in the United States is wrong,” Trudeau told reporters in June 2018. “I can’t imagine what the families who are living through this are enduring … this is not the way we do things in Canada.”

And finally, understanding the issue is important. Read up on the migrant crisis, why this is happening and what the effects of it are.