Everything You Need To Know About Brexit

Britain’s feelings about the European Union have always run hot and cold. Now they’re about to sign divorce papers. Here’s a quick guide to the tumultuous romance, the key players and schemers, and what’s at stake. 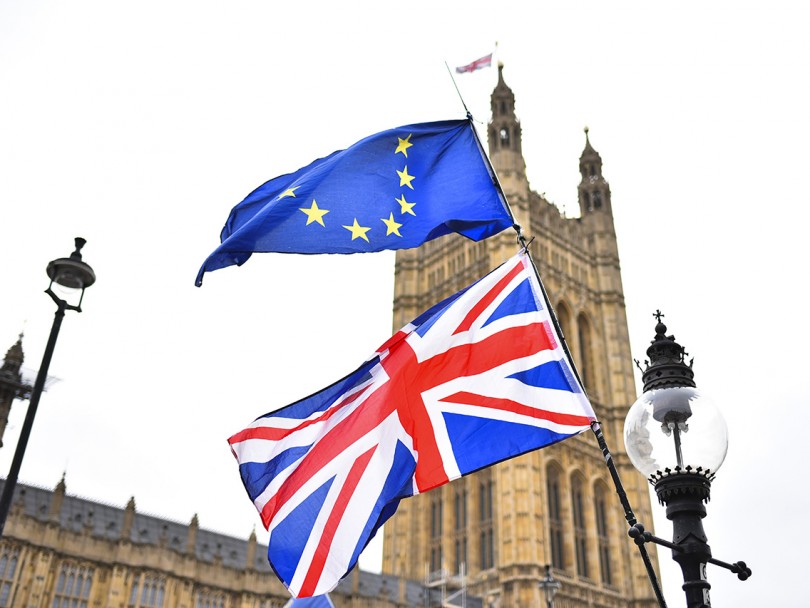 Why the U.K. joined the EU

The European Union formed after the Second World War to promote economic partnership in the hope of a more peaceful Europe. Remarkably, given the horrors of the early 20th Century, the experiment worked. Over several decades the EU became stronger and more unified, evolving into a single market that allows for the free movement of goods and people. It adopted its own currency, as well its own parliament which now sets rules and regulations on everything from human rights to the environment to food standards.

In 1973, the U.K. entered the EU.under the Conservative Prime Minister Edward Heath. This was when the trouble began. Two years later, Labour Prime Minister Harold Wilson called the country’s first referendum on whether to stay in or get out. The electorate voted to remain with a significant majority of 67 percent.

What is David Cameron’s role in all this?

Flash forward to the spring of 2015. David Cameron astonishes both the country and himself by winning an unexpected majority. One of his major campaign promises was to put the issue of Europe to rest “once and for all” by putting the question “to the British people.” As Cameron explained at the time, he was sick of a small group of Tory backbenchers always “banging on about Europe.” There was also the threat of UKIP — a far-right, anti-immigration, anti-Brexit fringe party eating into his party’s vote (a referendum would appeal to those on the far right). He probably figured it would never come to a vote since both the Labour opposition, then-under Ed Milliband, as well as his likely coalition partner the Lib Dems, were staunchly opposed. As calculated risks go, it seemed a pretty sure bet.

What led to a referendum on leaving the EU?

In February 2016, Cameron announced the beginning of the “in/out” referendum campaign on the question of Europe. The campaign ran for less than two months, but during that time several unforeseeable and unprecedented events occurred:

1. Jeremy Corbyn, the newly elected grassroots Labour opposition leader, conducted a “Remain” campaign that was so tepid as to render the man invisible. (Corbyn is privately well-known to be a socialist Euroskeptic.)

2. A number of quietly Euroskeptic Tory MPs, including then-Home Secretary Theresa May, remained outwardly loyal to Cameron but campaigned for Remain with the same notable lack of enthusiasm, prompting the birth of a new political acronym, “RINO” (remain in name only).

3. After much speculation and dithering, Michael Gove and Boris Johnson, two of Cameron’s most high profile and trusted cabinet members, declared their support for Leave.

4. Some evil genius had the idea of painting a bus with the factually dubious (but undeniably effective) slogan: “We send the E.U. £350 million a week. Let’s fund our NHS instead.” (Actually it was strategist Dominic Cummings, later played by Benedict Cumberbatch in the TV movie Brexit: An Uncivil War.)

5. Boris Johnson and other Leave campaigners went on radio and TV saying the words “Project Fear” and “Take back control.” A lot.

7. The Labour MP Jo Cox, a strong proponent of Remain, was shot and stabbed to death in Yorkshire on the steps of her constituency office by a far-right extremist. Her murder was the first assassination of a sitting British MP in 26 years.

8. UKIP and Nigel Farage launched a series of pro-Leave billboards featuring a vast stream of migrants and the slogan, “BREAKING POINT: The EU has failed us all.”

9. A lot of young people don’t bother to vote. Almost all the old people do.

How did this become Theresa May’s problem?

In March 2016, the U.K. voted to leave the EU by a narrow margin of 52 percent. David Cameron immediately resigned and was quickly succeeded as prime minister by Theresa May. A couple of months later, on the basis of high personal approval ratings, May called a snap election in the hope of winning an even stronger majority to aid her in the difficult project of negotiating a smooth exit deal with the EU. Her campaign failed, she lost her slim majority, and thus saddled herself with the colossal problem of how to negotiate an exit deal with EU while presiding over a deeply divided parliament.

In late 2018, after countless trips to Brussels, May succeeded in negotiating her draft deal with the EU. Good news, right? Wrong. The deal was and is subject to parliamentary approval. And pretty much everyone, save for a handful of her cabinet ministers, hates it.

What happens next — and what would a ‘no deal’ Brexit mean?

On March 29, Britain will leave the EU. That much is certain. What’s not clear is everything else. May has attempted, with little success, to amend her deal. She’s also delayed the parliamentary vote to mid-January. At present, the most likely scenario is the one almost everyone agrees is by far the worst: Leaving without a deal.

A “no deal” Brexit would, in essence, amount to an instantaneous ripping up of 40 years’ worth of trade and diplomacy rules governing relations between Britain and its powerful 26-nation-state trading partner with no clear transition plan or road map in place.

It’s a bad, unpopular idea that scares people, but because most MPs know it’s a bad, unpopular idea that scares people, they are, in their various factions, using the threat of it as leverage to further their own wildly divergent agendas. (Some factions want a second referendum, some want a Norway-style deal, some want a “managed no-deal,” some are angry about the Irish border issue, some hope to reorder the country as a socialist utopia, others dream of a de-regulated Singaporean-style tax haven…the list goes on.)

The mood in Britain right now feels a bit like when an argument breaks out amongst a bunch of children playing a board game. If the conflict proves unresolvable, the board will eventually be up-ended. And that’s that.

Except with Brexit it’s not that simple. Because politics is not just a game of Monopoly, or a series of interesting debates. It’s not the plot of TV movie or a Shakespearean tragedy in which powerful courtiers murder and scheme and jockey for the throne. It is all those things, of course. But it’s also the functioning of a complex democratic system tasked with the responsibility of governing the real lives of real people in a real place and time.

Or maybe not? In any case, we’ll see what happens.