Worried About Climate Change? Here’s What To Ask Political Candidates

The most pressing environmental issues at play in the upcoming election. 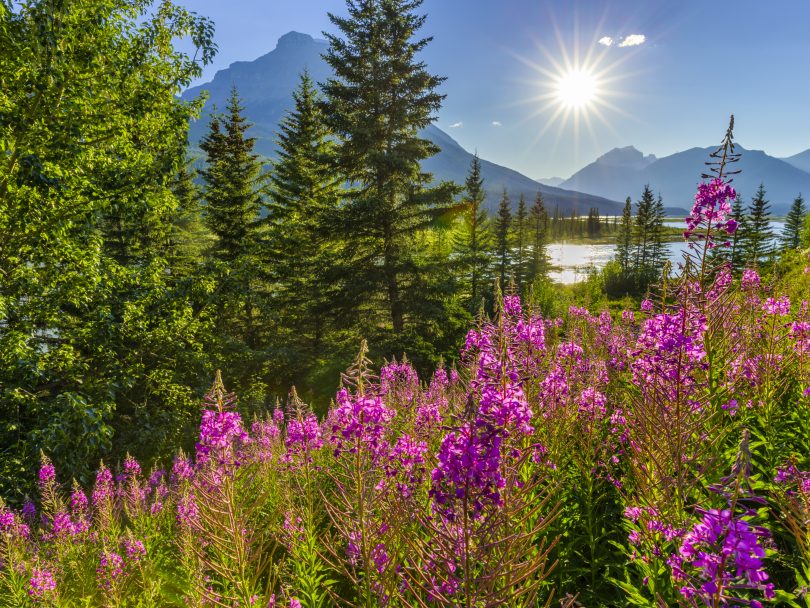 With the federal election coming up this fall, political candidates will soon be knocking on doors and talking to Canadians about their platforms. And this election cycle, environmental issues are at the top of mind—a survey from the Ottawa-based Public Policy Forum’s Digital Democracy Project suggests that Canadian voters rank the environment as a top political issue, second only to the economy. The poll also found that there is widespread support among voters for reducing Canada’s emissions. But the support for climate issues drops off once Canadians are asked to pay. While 74 percent of respondents said they’re in favour of Canada reducing emissions, only 36 percent support increasing the carbon tax.

We talked to the experts on the questions Canadians should be asking political candidates this fall when they knock on your door, why they’re important—and what you need to know.

How will your party stick to the Paris Agreement, or better yet, go beyond it?

The Paris Agreement is an international pact to fight climate change that Canada adopted in late 2015. The goal of the agreement is to limit the rise of global average temperatures to 1.5 degrees Celsius above pre-industrial levels. As a part of Canada’s commitment to the Paris Agreement, the federal government’s goal is to reduce Canada’s carbon emissions to 30 percent below 2005 levels by 2030. Their plan so far, called the Pan-Canadian Framework (PCF), which has carbon pricing as its centrepiece, will reduce emissions considerably. However, under the PCF, Canada is not set to reach its 2030 goal. While the plan “covers all the bases and lays good groundwork,”says Catherine Abreu, the executive director of the Climate Action Network, a coalition of more than 100 organizations across Canada, “it is just one frankly insufficient iteration of a pathway to that ultimate goal of holding warming at safer levels.”

According to a report by the Réseau action climat France, Canada’s current policies are consistent with global warming of up to four degrees Celsius—more than twice the Paris goals.

Will you and your party divest Canada from industries that are harming the environment and invest in sustainable options?

As a part of getting closer to meeting Canada’s commitment to the Paris Agreement, we need to be asking politicians if they will stop funding the source of the problem—fossil fuels—and start funding new technologies that can help us move towards the goal of being carbon neutral. “It’s not necessarily saying we’re stopping anything tomorrow,” says Abreu. “But it’s asking your candidate, what do you think about the future of Canada’s oil and gas sectors given the reality of climate change? What do you think we need to do to plan for a renewable energy future in Canada? Are you going to stop pouring money into the problem and instead, start funding the solution?”

In addition to divestment—that is, reducing investments in fossil fuels— investment in research and development is “important not only for the academic side but also for the government agencies and civil societies,” says William Cheung, the director of UBC’s Changing Ocean Research Unit. “They all play important roles in halting climate change.”

How will you and your party protect the rights of Indigenous peoples whose land has historically and disproportionately been the site of environmentally disastrous projects?

“Unfortunately, when the government wants to implement a project, a lot of the time these projects go ahead without the consent of the communities it would affect,” says Melina Laboucan-Massimo, an environmental activist, Fellow at the David Suzuki Foundation and the founder of Sacred Earth Solar, a group that aims to bring renewable energy to Indigenous communities across Canada. “How would the Canadian government actually respect and adhere to the United Nations Declaration on Rights of Indigenous Peoples?”

Laboucan-Massimo also points to a culture of mass consumption that has exacerbated climate change and left communities without the resources they need to survive. For example, salmon runs are failing on the west coast because of overfishing and sport fishermen. Communities who are dependent on fish “are no longer able to get as much salmon as they need, which was a sustainable livelihood in the past because it was done in sustainable ways,” says Laboucan-Massimo. “But because of overfishing because of industry and capitalism, there’s so much taking, more than this land can sustain.”

How will you protect at-risk plants and animals?

In 2018, Canada agreed to the Convention on Biological Diversity’s 20 Aichi Biodiversity Targets. (The Aichi targets are like the Paris Agreement, but for biodiversity; they aim to slow down biodiversity loss.) Like Canada’s Paris agreement, however, “the Canadian government only got serious about two of the targets and one of them is to just have a plan. The second one was to have parks and protected areas. And that’s all they really put their resources into,” says Kai Chan, a professor at the Institute for Resources, Environment and Sustainability at the University of British Columbia. Chan suggests that Canadians need to push our government to address some of the other Aichi Targets, like implementing sustainable “ecosystem-based” approaches to reduce overfishing. “There were 20 targets under Aichi and we effectively ignored 18 of them.”

It’s clear that Canada needs to take biodiversity more seriously. A May 2019 United Nations report that documents the accelerating decline of ecosystems calls for “transformative changes” to restore and protect nature.

How will you and your party make sure we have a genuine and meaningful conversation about climate change in Canada—with the entire breadth of Canadians?

Partisanship “isn’t doing any of us any favours,” argues Abreu. “It means that we’re stalling out on the action that we need to take and that we’re wasting a ton of time arguing about whether we should do anything about the problem when we need to be figuring out what to do about it.”

“For years and years, the environment has been bubbling up as an issue and then gets trumped by economic concerns. I think it’s time to recognize that in the long term, these things are not at odds and we need to take a principled approach that says we have to take care of the environment and also, manage the economy appropriately while doing so,” says Chan. “Both things are important and we don’t have to make it one or the other.

“Climate change is a political issue but it shouldn’t be a partisan one,” says Abreu. “There is no one party or policy solution that will deal with everything, it’s not just about whether we put a price on carbon or not. No meaningful climate plan is about carbon pricing alone, and no meaningful climate plan excludes carbon pricing altogether. We have to make use of all of the tools in our toolbox.”