'For The First Time, People Are Listening': Albert Schultz's Accusers Speak Out

The four women who have accused Soulpepper theatre's former artistic director of sexual battery and harassment held a press conference on Thursday. Here are 5 of the most powerful statements. 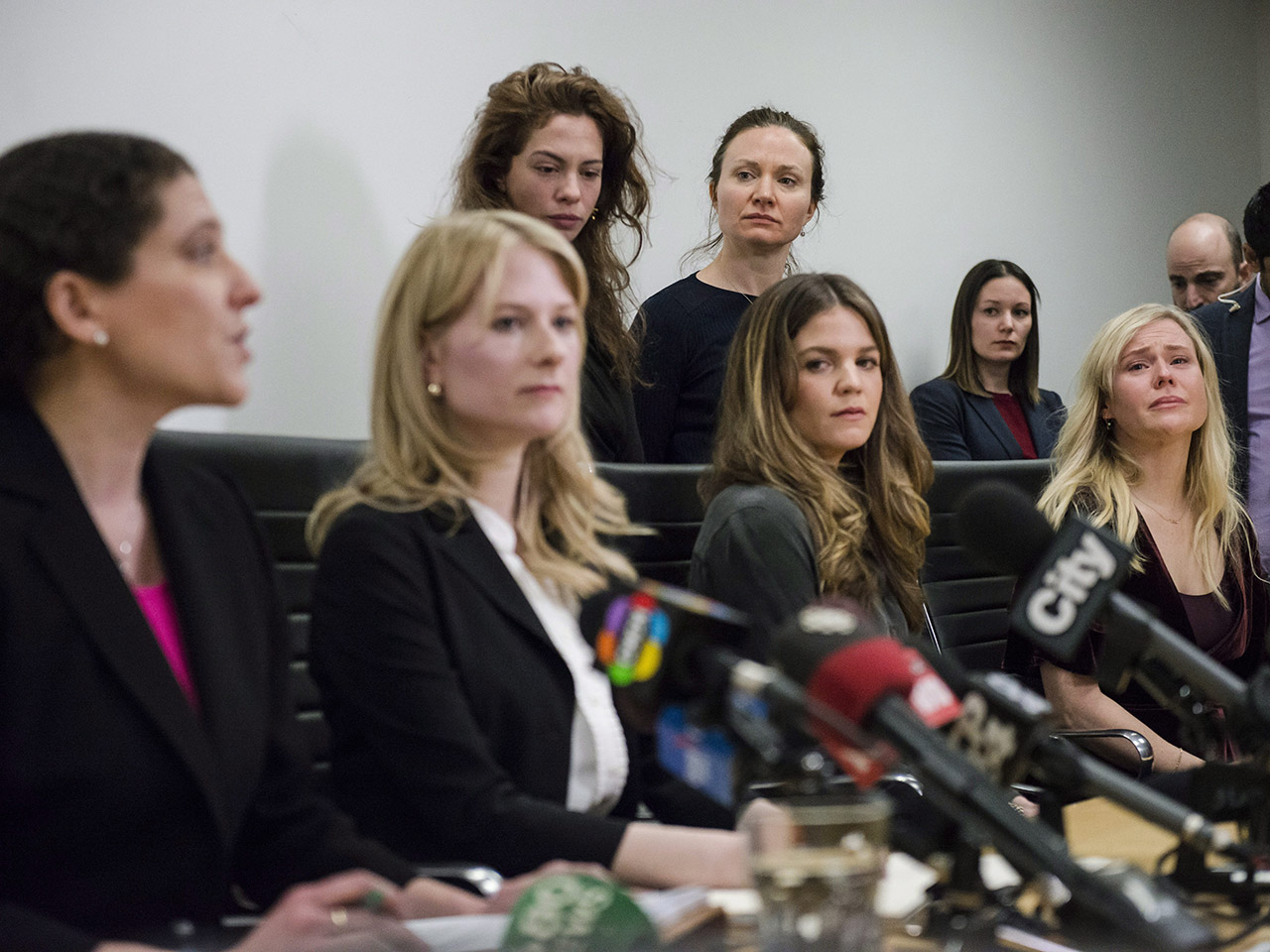 The four women who have accused Albert Schultz, the Canadian actor, director and former artistic director of Toronto’s prestigious Soulpepper theatre, of sexual battery and harassment faced questions about why they decided to come forward at a press conference on Thursday.

Soulpepper actors Diana Bentley, Kristin Booth, Patricia Fagan and Hannah Miller are suing the company for $4.25 million in damages and seeking $3.6 million from Schultz in separate civil suits. Schultz, who resigned as the company’s artistic director on Thursday evening, has said he plans to defend himself “vehemently.” This is the highest profile public case of sexual misconduct in Canada since the wave of allegations against U.S. film producer Harvey Weinstein sparked the #MeToo movement. None of the allegations against Schultz have been proven in court.

The women, their lawyers and some actors who resigned in solidarity all addressed the media, with the plaintiffs shedding light on why they decided to take action now (the accusations against Schultz span a 13 year period). At the end, some of the women filed out of the room holding hands. Here are five of the most powerful statements that came out of the press conference:

“I did not bring these claims against Albert and Soulpepper lightly, but I did it … and I would do it again because there is a window open for women like myself, Diana, Trish and Hannah and all the other women that we have heard from that have suffered at Albert’s hand and others like him. — Actor Kristin Booth, who alleges Schultz sexually harassed her for years.

“It was incredibly difficult [to come forward]. Like, terrifying. But the minute I started to connect with other women from the company, past and present, and we started to actually have a conversation about the culture at Soulpepper and the experiences we had, it was an absolute revelation for me. I could see it for them as well — how much it immediately started to help unload the burden of having had a traumatic experience. When you know that it mirrors someone else’s [experience] and then everybody starts to connect and talk about it … the #MeToo campaign has showed us that, for the first time, people are listening and people care.” — Actor Patricia Fagan, who also said the conversation between the women started on Thanksgiving weekend, just after The New York Times published their first reports about Weinstein.

“Soulpepper, as it is, is not a safe environment. Certainly not for an actor whose desire and training leads them to be open and vulnerable and to delve into passion. There’s a sanctity of the theatre that is being … violated. The implication that we are ruining something is maybe the reason why it’s so hard [to come forward]. [But] for women who are out there, who are young actresses at the start of their career … [you deserve] a safe work environment and a safe place to make art.” — Actor Hannah Miller, responding to a question about the impact the allegations will have on the company.

“It is our hope that we are the tip of the iceberg rather than the whole story. We’re here to support these women and to support any other people that want to come forward and feel it’s a safer environment if we’re all here standing together.” — Ted Dykstra, a co-founder of Soulpepper. He severed ties with the company, along with three other actors, in light of the allegations.

“One of the powerful things that has happened here for us is that we found each other. When we started to have these conversations with each other we found support, we found strength, we found a unified voice. And with our colleagues here … we feel really safe and really supported and I hope that sends a strong message to the community.” — Actor Diana Bentley.