How Wearing My Mom’s Jewellery Keeps Us Connected

‘It's felt as if, with each piece, my mom has gifted me a piece of herself that I had to earn.’ 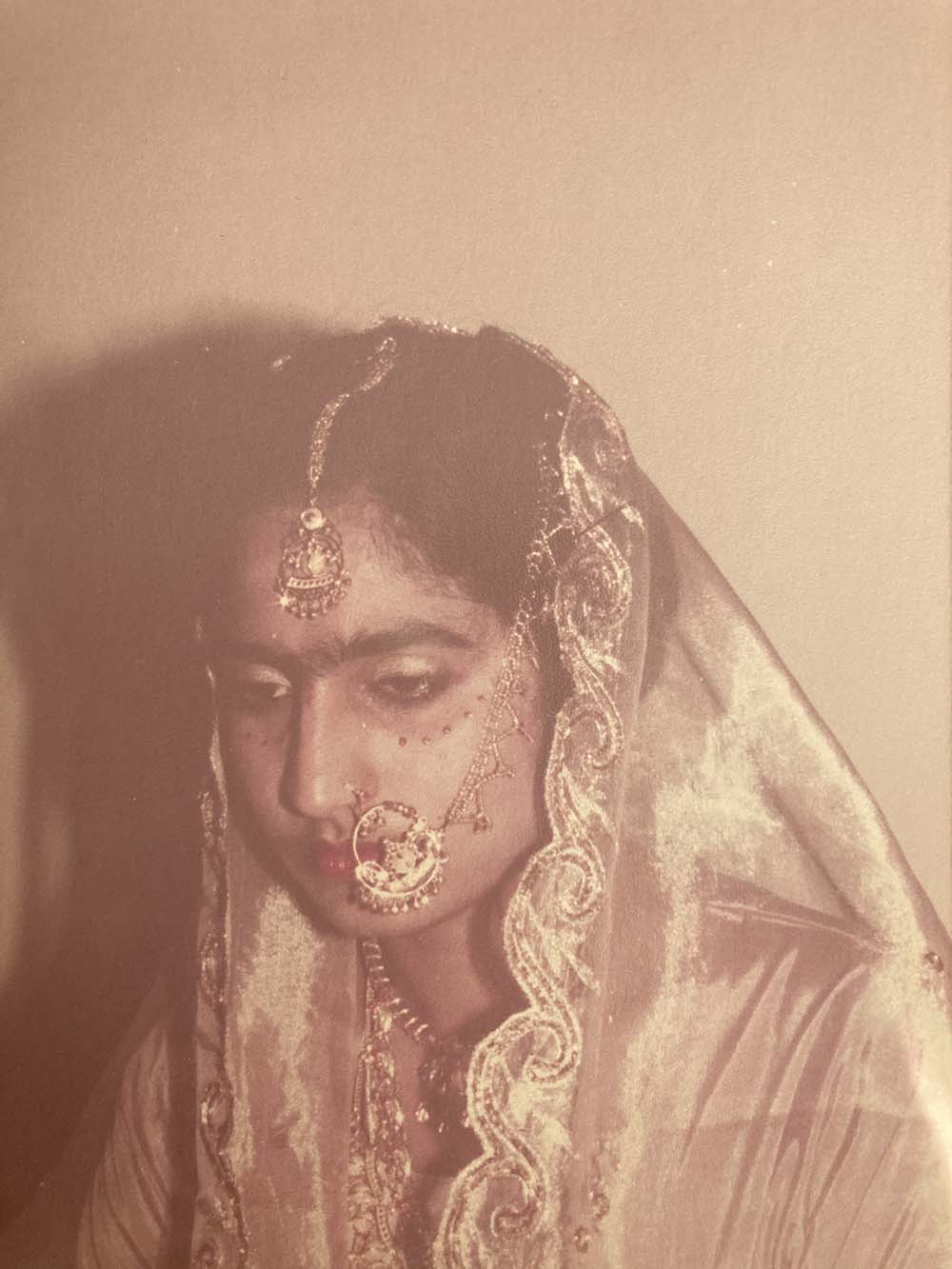 The author’s mother at her wedding in 1983. (Photo: courtesy Sadaf Ahsan)

When I became old enough to own special things, I also grew a propensity for losing them—stickers, dolls and entire backpacks when I was younger, watches and books as I grew older. A feeling of bottomless guilt—which my stomach is rudely emulating even now as I recall it—would subsume me so wholly each time that eventually my parents wouldn’t even bother scolding me, knowing I could do the job well enough myself.

It was for this reason, my mom often told me, that she would not let me borrow jewellery, which has particular value in Pakistani families and which she stored in ornate jewellery boxes, some wrapped in tissue, all nestled in her scented chest of drawers. “You’re careless,” she said, so many times I can hear her inflections even now. “You don’t understand the value of these things.”

But she hadn’t worn her jewellery in years (much of it came from her wedding to my dad in 1983, and from other nikahs and Eids past). Whenever I asked her why she didn’t still wear it—some of her piercings having even closed up—she said that after my older sister was born in 1988, she had a tendency to yank on my mom’s earrings and necklaces, so she eventually stopped wearing jewellery altogether.

In old photo albums, I would see my mother, glamorous, arms loaded in bangles, neck dripping in chains. That woman, with her eyes lined with surma, lips tinged pink, eyebrows perfectly arched, was not someone I saw as I grew up. The mom I knew was much more low-key, didn’t care for pretty clothes and colours, and placed a premium on comfort. But her chic earlier self would inevitably become my style inspiration.

As someone who was born and raised in Toronto in a Pakistani family and spent her childhood rebelling against anything remotely feminine, it was a hell of a journey. I also felt suffocated by both Western and Eastern gender norms. Why was it that the boys had a baseball team but my friends and I were all expected to join folk dancing (and why was that even a thing)? Why did the boys get to play pranks, but I had to sing and dance along to the Spice Girls at recess? And more than anything, why did us girls get stuck with periods and boobs and how did make-up even work and how did one coordinate an outfit, anyway?

I eventually found my way by straddling the line: my sister and I made our own makeshift baseball team, I skipped folk dancing to play dodgeball with the boys, and sang my heart out to “Wannabe” with the girls. And when I first found those old photos of my mom, my craving for jewellery began. Rather clumsily, I’d combine my love for body-hiding oversized sweats with long, dangling earrings. (It was totally a look, in retrospect. Ahead of its time!) And when I watched my sister paint her nails and put on make-up, I started to crave those little bits of beauty, too.

These moments came in milestones. When I was eight and visited family in Pakistan, I remember vividly my now-late mamu (uncle) taking me on a trip through the markets and bringing me to a jewellery stall where he let me pick anything. The plastic piece I chose was nothing fancy. The gem at the centre was emerald green, my favourite colour, and it was flanked by silver gems. I wore it everywhere, because to me, it was as valuable as a diamond ring—though I would eventually lose it, then find it years later, as was my habit.

When I was 12, my other mamu, his brother, would go on to gift me the second bit of jewellery that would be the most important to me: a pendant in the style of a mini Quran, its two sides emblazoned with the word “Allah” in Arabic, the centre emerald green, surrounded by silver. I adored it, mostly because I adored my mamu. But at the time, I was too scared and ashamed to wear it to school, well aware that Islam wasn’t accepted in the West in the way it was at home. I thought, I don’t want to explain what the Quran is or what “Allah” means or that my culture is more than my “smelly” lunch and my refusal to eat pepperoni on pizza days. I was tired of being different in these small ways and, all of a sudden, jewellery felt like one of those ways. So I hid the pendant under my sweater. Still, a shame and guilt lingered, and the pendant began to create a burning sensation on my chest. So I hid it away in a drawer, telling my mom it was yet another special thing I’d foolishly lost. 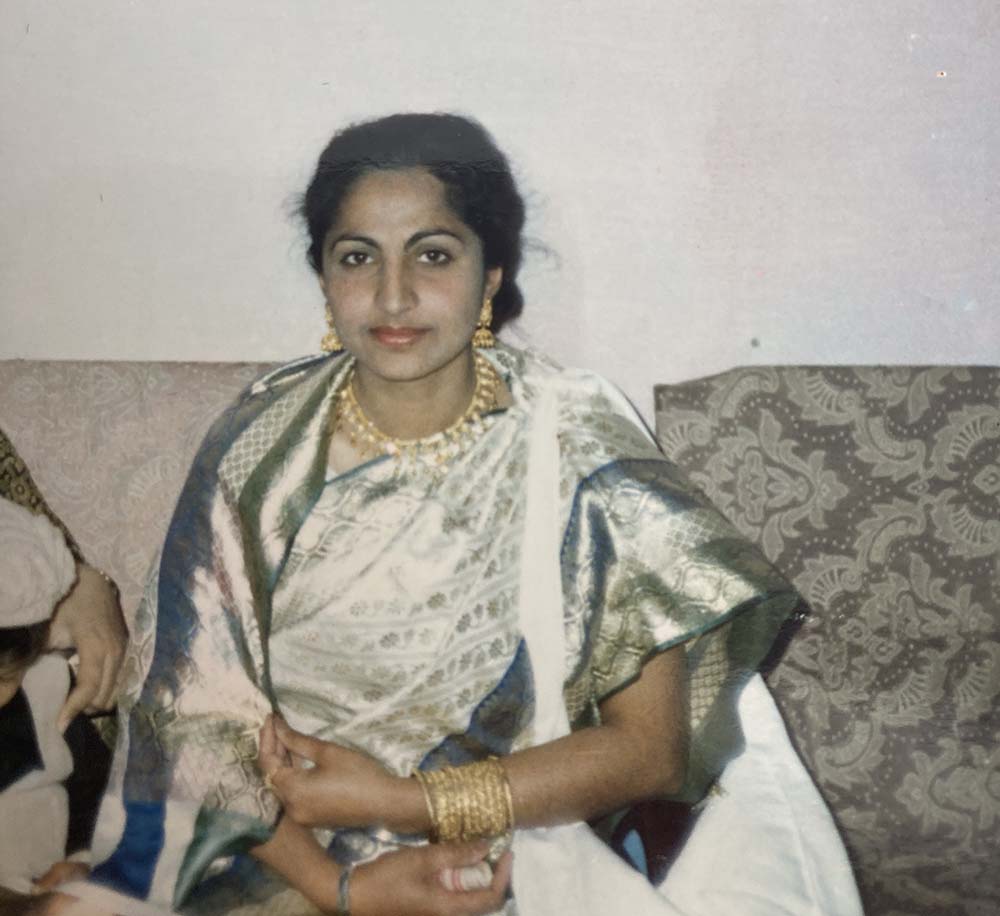 By the time I was a full-fledged teenager, jewellery found its way back to me in the form of cheap plastic pieces via Claire’s or Ardene that I felt were perfectly devoid of cultural meaning, and didn’t have a touch of the gold and turquoise synonymous with South Asian tradition. But when it became clear that jewellery was becoming as important to me as it was to my mom, she coaxed me into valuing style and swapping each of these tokens for something just a little bit better: spend a few more dollars, opt for some colour, try this, try that. That appreciation was only heightened when I stumbled onto more old photos of her from her wedding, when she was dripping in red and gold hardware, nath (a nose ring and chain) and all.

The next milestone came, of course, at a friend’s wedding, the first one I’d ever been to. My mom let me borrow the earrings I had laid my eyes on two decades before in the photos of her and dreamt of wearing ever since: each piece a ring of gold hanging like a chandelier with little gold rings inside it, flecked with three red rubies. They sang as they dangled from my ears. I felt proud and beautiful wearing them. I begged her to let me keep them and, after some convincing and insisting I could never lose something I’d pined for for so long, she surrendered them. Jewellery, after all, is meant to be passed down through the generations in South Asian culture. 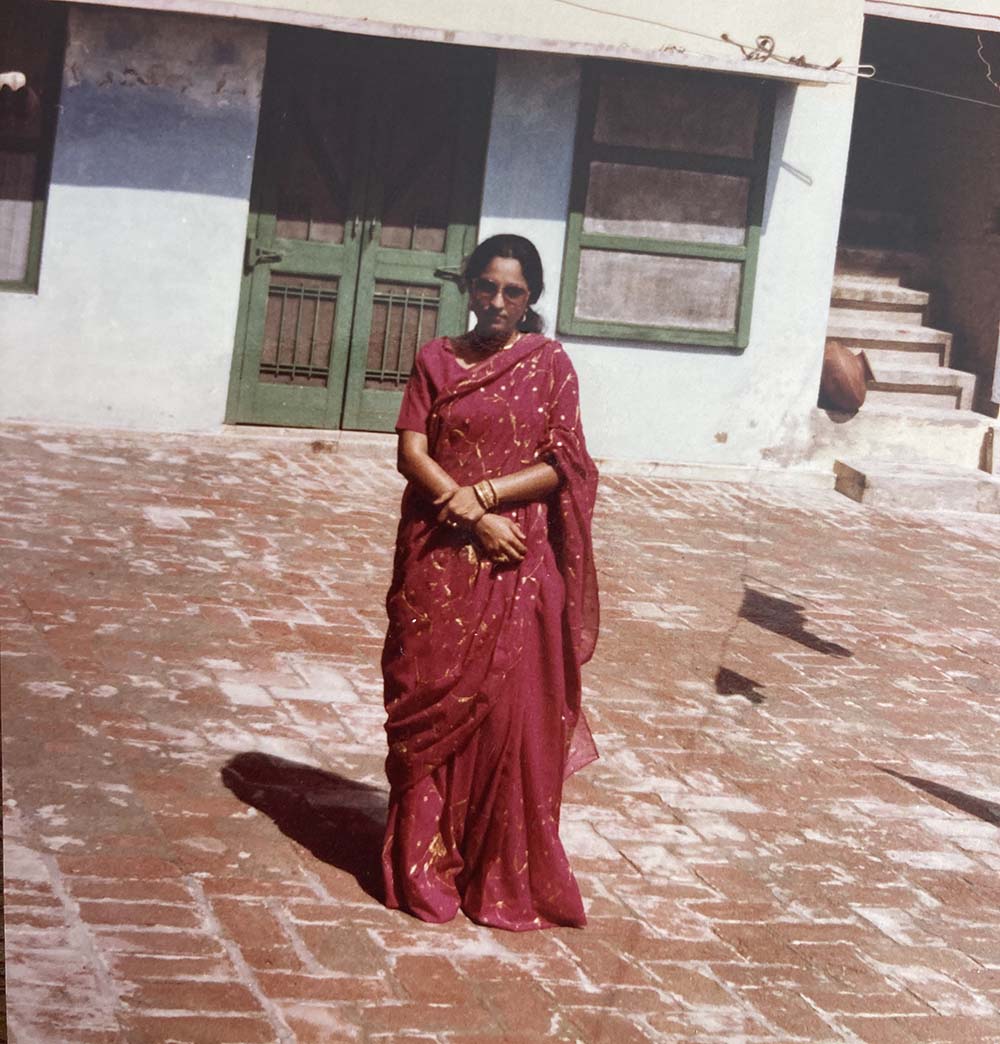 It was always my mom’s plan, as it turned out: Since then, she’s gifted me a few rings, some earrings, a necklace here and there, some her mother gave her. And it’s felt as if, with each piece, my mom has gifted me a piece of herself that I had to earn. In that sense, I won’t ever own anything more valuable.

Or so I thought. On my 30th birthday, after I gifted myself a pre-pandemic trip to France, wearing the cheapest jewellery I owned in fear of—you guessed it—losing it abroad, my mom surprised me with a very expensive engagement ring, complete with a matching necklace and studs that I could not afford nor would ever give myself.

The ring is, as tradition has fortuitously gone, emerald in the centre, flanked by princess cut-diamonds on a gold band. But here’s the thing: I’m not engaged. In fact, I don’t believe in marriage. (For the record, my mom’s not thrilled by this, having saved much of her jewellery for when her children get married. Awkward!) But when she gave me this gift, it was as if our bond became dipped in gold, an acknowledgement that when I will wear her pieces, it will be minus the patriarchal weight she donned.

There is no man in my life, but there is my mom, the true love of my life. I wear the ring she gave me every day, and when I look at it, I think of her and how we’ve always been connected through our taste for these pretty things that are, as our culture goes, so much more than basic baubles.

“A mother’s bond isn’t like anything else, it’s special,” she said to me recently. “Mothers and daughters, we know each other best. And our jewellery? It’s a tradition of love.”