When I found myself talking to my underwear, I knew that Marie Kondo had transformed my life. 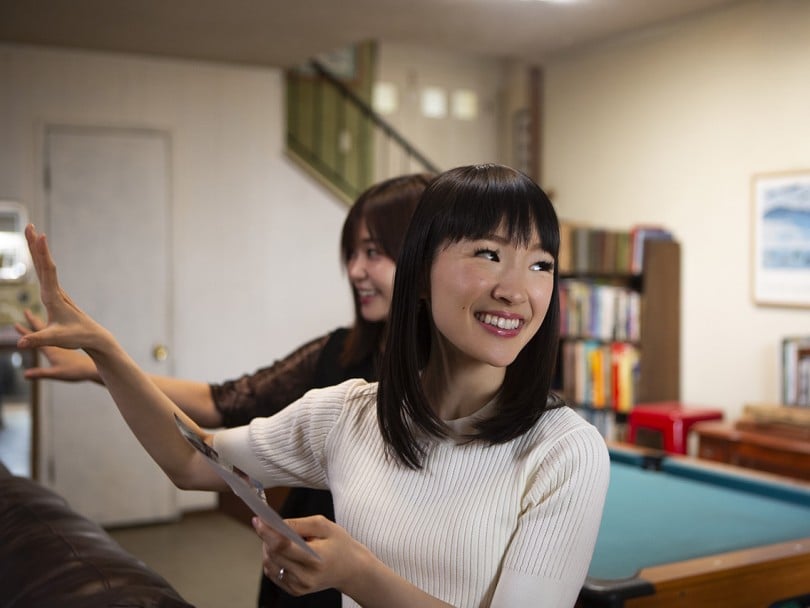 Do you want to see my underwear drawer?

I don’t mean that in a creepy way, I just want to show you how organized it is. You see, I binge-watched Netflix’s new show Tidying Up with Marie Kondo and I’ve discovered the life-changing magic of tidying up.

I wasn’t always a believer (yes, I was a slob). In fact, when Kondo’s book, The Life-Changing Magic of Tidying Up, came out in 2014 I couldn’t understand the fuss. Wasn’t it basically like a good purge? I do that regularly and it’s no big deal! I didn’t get it. But last weekend, I was fighting a cold and just needed to curl up with something comforting on my iPad. Enter Marie Kondo.

After one episode, I heard my clothes calling to me. They wanted to be folded properly. And that’s how I found myself YouTube-ing Kondo’s very specific method of folding underwear. As I folded my granny panties (don’t judge me) into tiny pockets, I found myself exclaiming “My precious,” to them like I was Gollum from The Lord of the Rings. I’m not sure what had happened to me, but Marie Kondo had changed me and organized my entire life…one drawer at a time.

If you’re skeptical, like I once was, let me explain how this organizational show isn’t typical.

When Kondo walks into a person’s home she is gleeful. Like, she actually coos at you. She greets every family member with a big hug and then takes the time to “greet” the house. She asks probing questions, but never responds with judgments, only smiles and compassion. So many reality shows shame people for their clutter and it’s so unnecessary. But that’s not Kondo’s style. 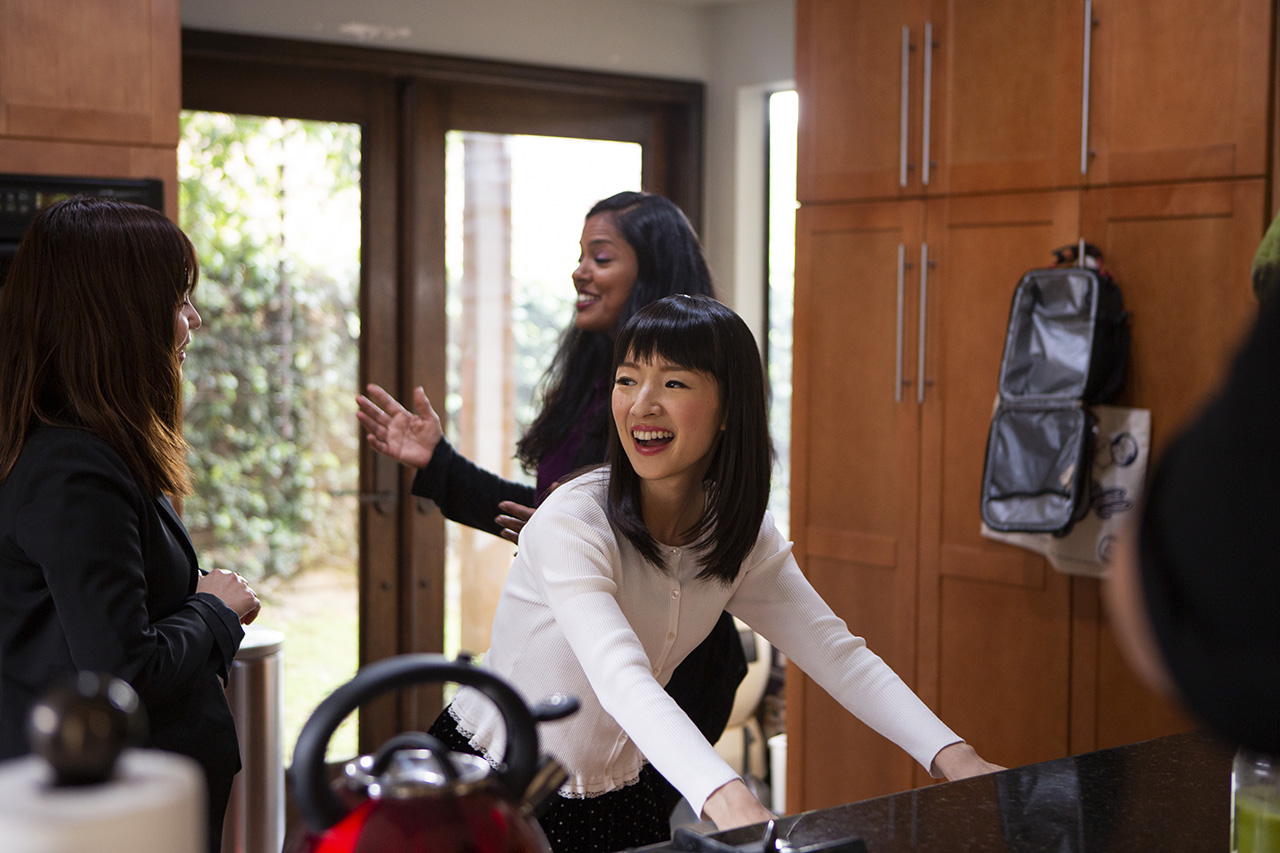 2. The process is easy to do at home

I love a good makeover show, but often I am left feeling confused. How do I make those ideas work for me? I don’t have enough room for floor-to-ceiling bookshelves. And I don’t have that lovely designer coming into my home to make it more functional. But the KonMari method is one anyone can do. You organize your house by categories, not locations, and it’s very important to do it in this order: 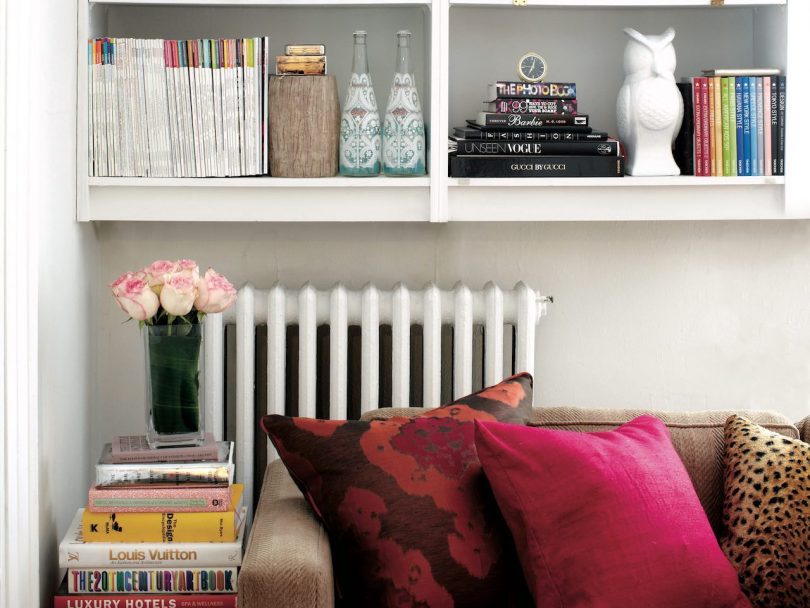 The Marie Kondo Organizing Tips We Still Swear By

For clothes, the key is to put everything you own (yes, everything) on your bed so you can see exactly what you have. This is slightly traumatizing. My pile was very large and I realized that those Gap emails have become a real problem.

Now, how do you decide what to keep? This is where you ask yourself “Does this spark joy?” Yes, I see you skeptics rolling your eyes and I was too, but this method works! You pick up an item and hold it in your hands (never just look at it from afar) and think about how it makes you feel. It’s not always rational, but if that item sparks joy then you keep it. If it doesn’t spark joy, you thank it and gently throw it away. I was very bad at this part because I never thanked anything and just tossed it away. A friend told me to take inspiration from Ariana Grande and go “Thank you, next.” That strategy worked best for me. 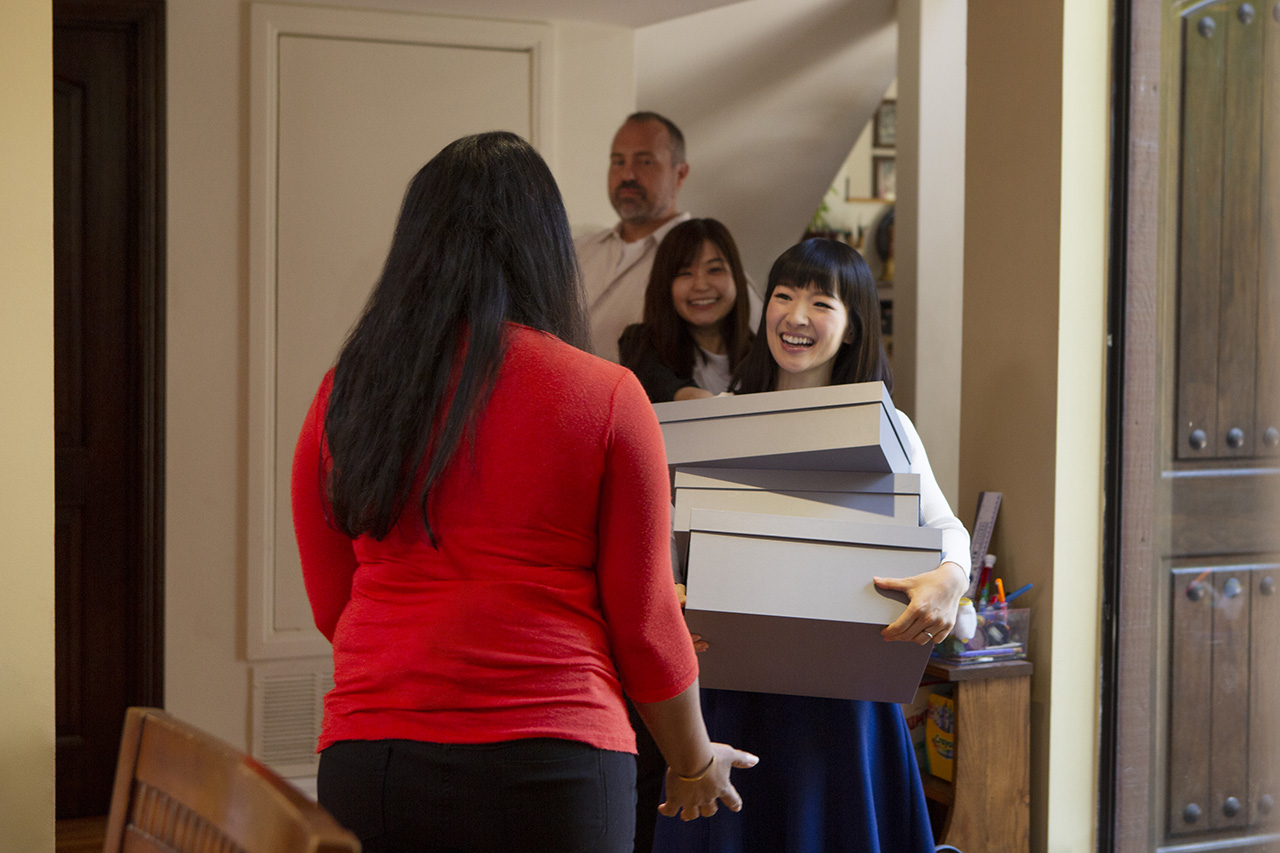 Makeover shows are expensive and who has that budget? Thankfully, KonMari is really budget-friendly. All you need are boxes in different sizes. Kondo explains that the key to decluttering your space (especially drawers) is putting like-items (so all the cooking utensils in the kitchen or shampoos in the bathroom) in boxes. Hit up your dollar store and buy a variety of boxes to organize your life. I tackled my closet with some big boxes and put hangers in one, belts in another and clutches in the last. Kondo says the boxes make it so much easier to see all the things in your space — and she’s right.

4. Marie Kondo teaches you how to fold

I have been folding clothes wrong all my life. And you probably have too (sorry!). In the very first episode, Kondo shows you the proper way to fold shirts so they are nice and compact. They will fit better in your drawer this way — and you will actually be able to see all the shirts that you own. It’s life-changing. (Seriously, go fold your clothes!)

As you fold, make sure you take the time to appreciate your clothes. I know, it sounds dumb (and the haters mock this idea), but try it. It helped me realize which clothes weren’t bringing me joy — thank you, next.

5. You get to take your time

Going through all your belongings and purging with intention is a time-consuming endeavour. I’ve only tackled the first step and I am terrified to tackle my overflowing bookshelves. But in most organization shows, people are expected to somehow purge a lifetime of belongings in a week. It’s ridiculous. And frankly, cruel. But Marie Kondo, the angel of organization, would never expect you to throw out your favourite things without being thoughtful about it. Families have over a month to get sentimental, organize and throw out their belongings. Kondo checks in with them, but for the most part she lets them have the space to be emotional and really let go. You should do the same. 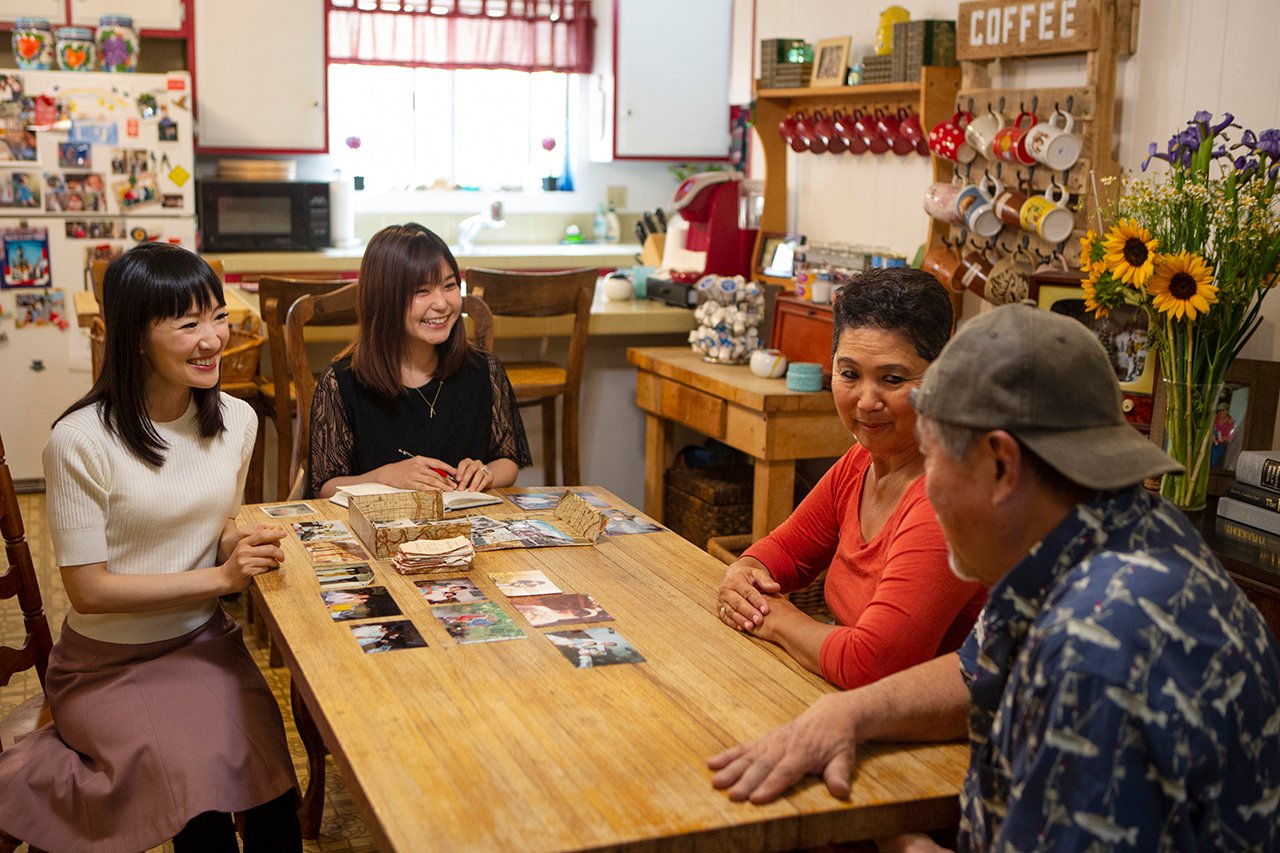 6. You learn to cherish 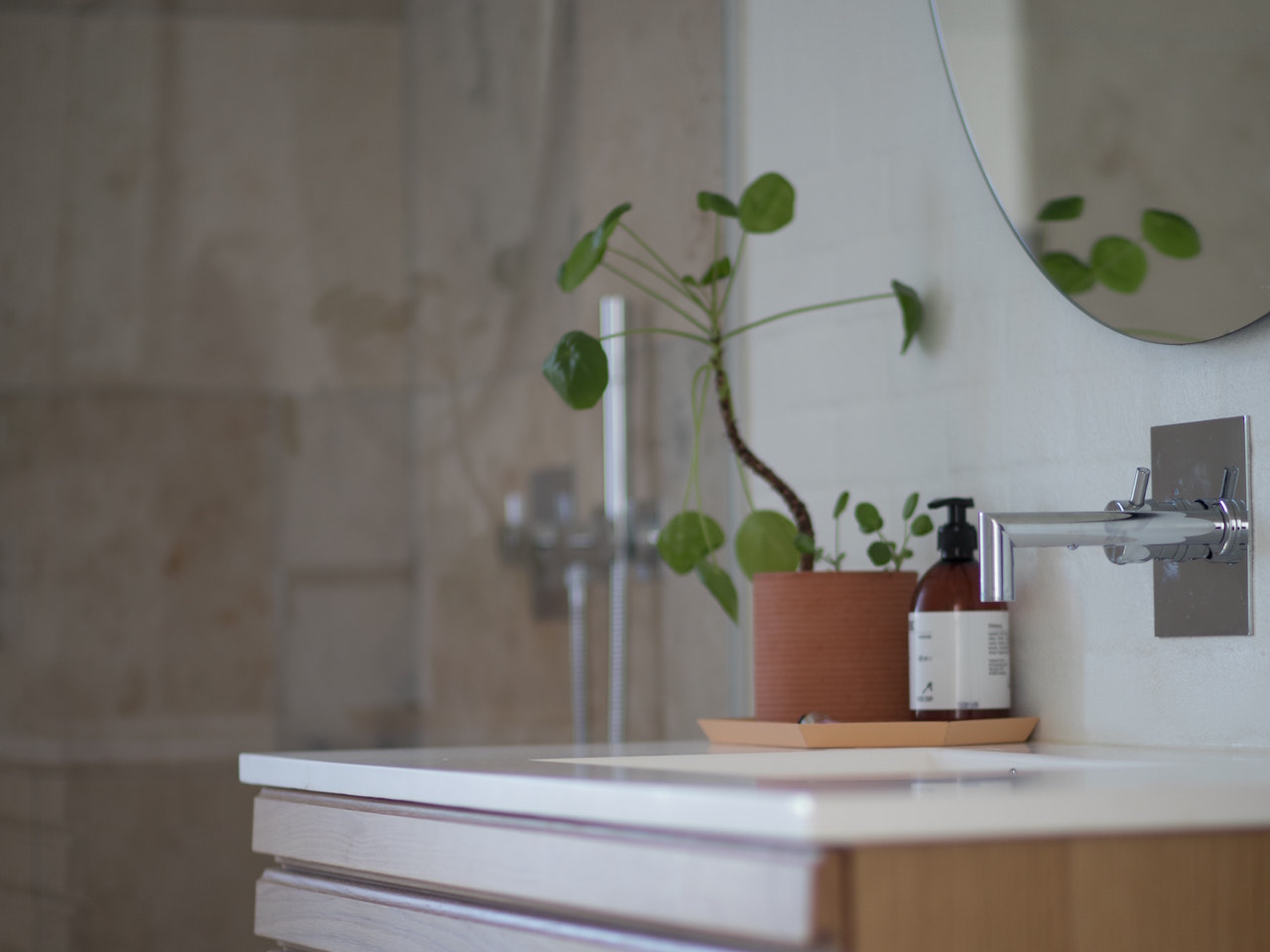 Keep your photos! And your old university sweatshirt. Kondo doesn’t believe you can’t keep sentimental items that make you happy. Yes, you should ask yourself if they bring you joy and if they don’t, throw them out. But if you keep them, you do need to find a way to really cherish them. As Kondo says in the show, “the ultimate goal of tidying is to really to learn to cherish everything that you have.” Sorry, I am just crying over here! Put your photos in albums so you can enjoy them or store them in boxes by year. Display family knick-knacks that have been buried in boxes. And start wearing your grandmother’s necklace that she left you. Be grateful for what you have.

Have you ever noticed that in renovation shows, the kids disappear after the introduction — but then of course reappear for the big reveal to see their now organized bedroom. In the KonMari method, kids play a role. Kondo has two daughters, and as she tells the families, they see her having fun cleaning and want to do it too, especially folding. Do they do it properly? Of course not. But the point is to start teaching them young how to do this chore and to make laundry a family affair. 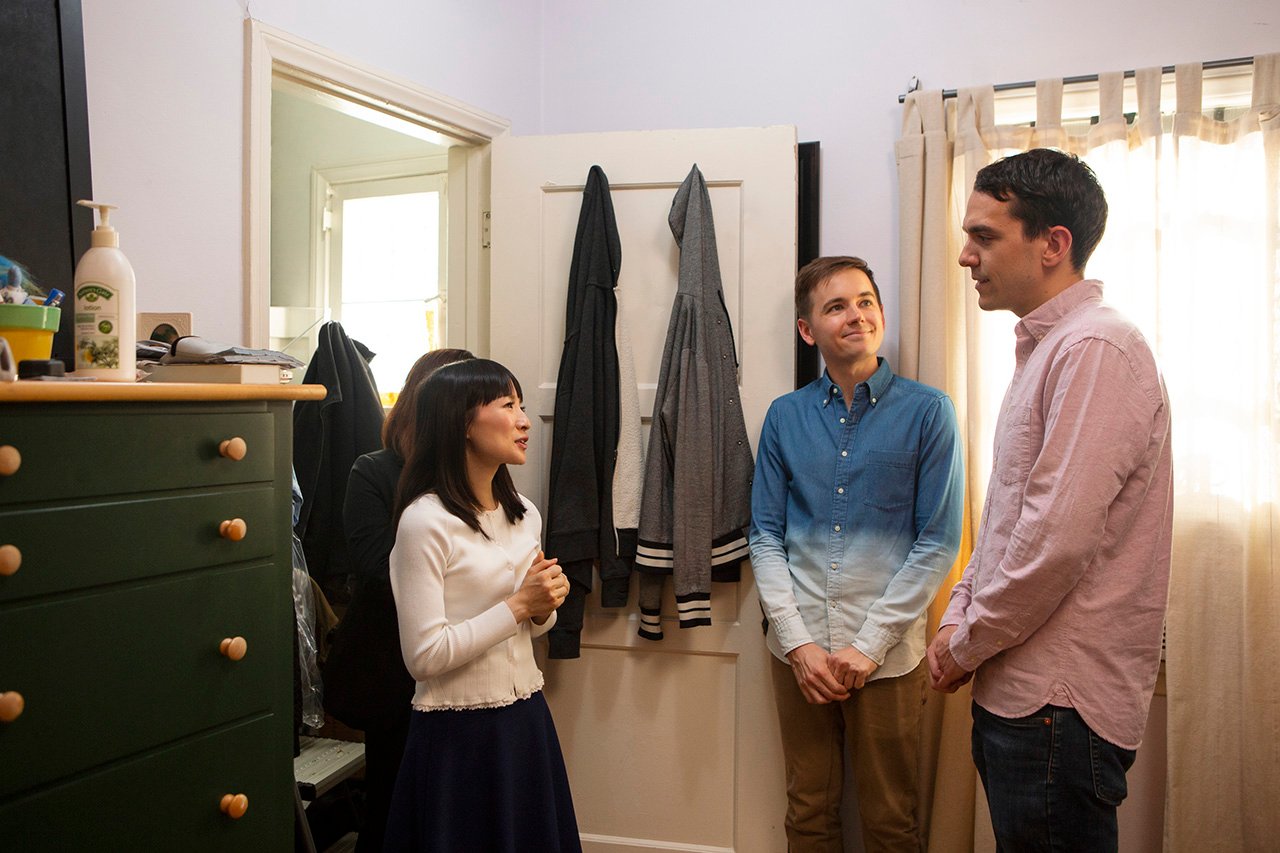 8. It’s OK if you have a mess…sometimes

Honestly, whenever I saw Kondo with her perfectly white shirt, I wondered if she ever spilled on herself. I doubt it, but according to Kondo, she is not perfect. Apparently her house gets messy and when she is overwhelmed by it, she just goes to sleep. Yep, she just leaves the mess and goes to bed. And so should you. It’s easy to fret that there are dirty dishes in the sink or a load of clothes waiting to be folded, but sometimes you just need to let the mess be and head to Club Bed. If Kondo can do it, so can you.

Don’t expect a dramatic reveal at the end of every episode. In the second episode, an avid baseball card collector decided to trim down his 30-year collection. He had so many boxes of them — they filled half a room. In the end, he still had a lot of boxes, but he had probably gotten rid of at least 75 percent of his beloved cards. It didn’t make for this jaw-dropping reveal, but for him it was a massive moment to have organized his life. This show (and your personal purges) aren’t about the reveal, they are about being thoughtful. Let go and keep each piece with intention. I know, it sounds incredibly cheesy, but from a person who used to be a slob and is now organized, it works. I have the underwear drawer to prove it.