In this excerpt from her new book, BOYS: What it Means to Become a Man, Chatelaine's Rachel Giese explores what happens when emotional awareness is absent from sex ed.

Adults are lousy at talking to children about sex. There’s research to prove it: A 2016 British study examined a range of international research from the past twenty-five years on young people’s opinions about their school-based sex and relationship education. The survey tracked students ages 4 to 19, in the United Kingdom, Ireland, the United States, Australia, New Zealand, Canada, Japan, Iran, Brazil and Sweden. Despite social and cultural differences among these countries, and disparities in the content of their sex-ed curricula, the students were startlingly consistent in their assessments. Sex education is terrible.

Students felt that sex was often portrayed as negative or dangerous, and that the content was “out of touch” with the reality of their lives. It didn’t acknowledge that some young people were sexually active, and it narrowed in on the biology of sex, without discussing the social and emotional aspects of sexuality. Information on LGBT sex and relationships was limited or non-existent, and female pleasure was routinely ignored. The content was laden with gender stereotypes. Girls and women were viewed as both passive participants in heterosexual sex and as “gatekeepers” required to either acquiesce or forbid sexual contact.

Young men reported feeling anxious during sex-ed classes. They said that because men are expected to be sexually knowledgeable and competent, they were afraid of appearing ignorant or inexperienced. That led to them being disruptive in sex-ed lessons and, in some cases, to verbally harassing girls about their sexual reputations. Both boys and girls said they often felt embarrassed, and that they didn’t sense teachers were capable of delivering the lessons in ways that acknowledged and mitigated their vulnerability and discomfort.

The consequences of failing to talk competently to children about sex are serious. As the ubiquity of sexual harassment and assault among young people has been revealed over the last several years, there are growing calls to address sexual violence by teaching boys and young men about consent. But few educators know how to do it well. Conversations about consent rely on simple semantics: the difference between “yes” and “no.” But they don’t typically take into account all the social dynamics and gender expectations at work. They don’t into confront broader power disparities, or teach boys skills like empathy, self-awareness and communication. 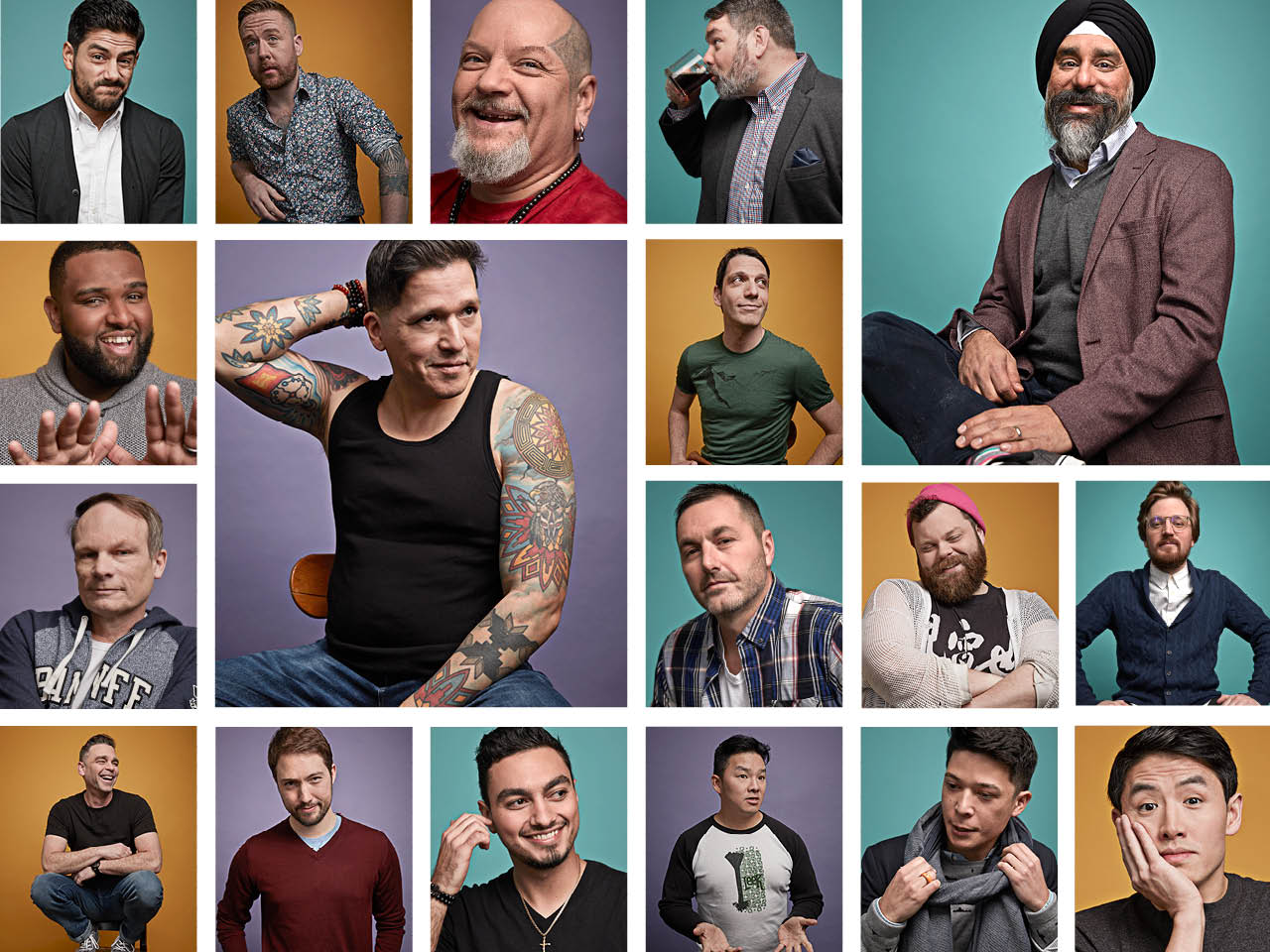 Nor are boys given the opportunity to talk about the pressure they feel to live up to social expectations about masculinity and sex. Sometimes this pressure leads young men to harass, bully and assault girls. Other times it leads them to deny their own discomfort and pursue sex when they don’t want it. Cisgender- and heterosexual- identified young men tell sexual health educators they’ve been judged by male peers, and in some cases female peers for not be sexually assertive or interested enough. Girlfriends question their fidelity (“If you don’t want sex with me, you must be getting it elsewhere”), friends question their manhood (“Real men are always eager to have sex, so there must be something wrong with you”), and everyone questions their sexual orientation (“What are you, gay?”).

Answer, a non-profit organization based out of Rutgers University in New Jersey, offers “unfettered access” to comprehensive sexuality education for young people. That means non-judgmental information about sex and contraception, as well as candid talk about sexuality, gender and healthy relationships. It’s created programming specifically focused on boys’ sexual health that addresses social norms about masculinity that shape boys’ attitudes about sex.

Over the phone, Answer executive director Nicole Cushman and director of training Dan Rice explain to me that by the time young people turn 18 or 19, they’ve internalized all kinds of unhelpful and even harmful messages about sex. And when it comes to comprehensive sexual education that teaches communication skills, emotional literacy and healthy relationship practices alongside reproductive health, there is little available to American students. As for educating LGBT students about sex, Cushman says there’s barely any information and even less will. “How are LGBT students’ emotional needs being addressed in terms of healthy relationships, having a crush and falling in love? The honest answer is not much at all.”

And it’s exactly these kinds of broad conversations and lessons about sex and relationships, about love and respect, that boys and young men of all races, sexualities and class backgrounds most desperately need. Dan Rice says it’s crucial to challenge the social messages boys receive about sex, masculinity and dominance. “In the ‘boy code’ or the ‘man code,’ the only emotions acceptable for a boy to express are anger and frustration,” he says. “They don’t have social permission, or haven’t even been taught, to express their feelings. And so when it comes to our current conversations about consent and sexual bullying, boys are in a bind. They are getting so much pressure from their peers, from media and from society to prove their manhood by acting tough, sexually confident and sexually aggressive.” At the same time, he says, when it comes to violence prevention, the message is to be sensitive and caring. But “sensitive and caring” aren’t part of the “boy code.”

This tension explains why it can be so difficult, once boys reach high school, to address issues of consent, sexual assault and sexual bullying. What they’ve been told about being “a real man” doesn’t necessarily square with being a good one. There’s a terrific comedy sketch from 2015 from the TV series Inside Amy Schumer, a spoof of the Texas high school football drama Friday Night Lights. In the parody, a new coach shows up in town and lays down the law with his players: “No raping.” The boys, who have been given free reign up till now, protest this new rule with a series of questions, looking for an exception: Can we rape at away games? What if she thinks it’s rape, but I don’t? What if my mom is the DA and won’t prosecute? What if she’s drunk, has a slight reputation and no one’s going to believe her? But the coach persists: No raping. Then, after a big win, he turns to his triumphant team and says: “How can I get through to you boys that football is not about rape? It’s about violently dominating anyone who stands between you and what you want. You’ve got to get it in your heads that you are gods, and you are entitled to this.” The sketch perfectly illustrates the mixed messages we send to young men about power, control, manliness and sex. If we tell boys competition and domination are everything, why are we surprised when they apply this thinking to sex? 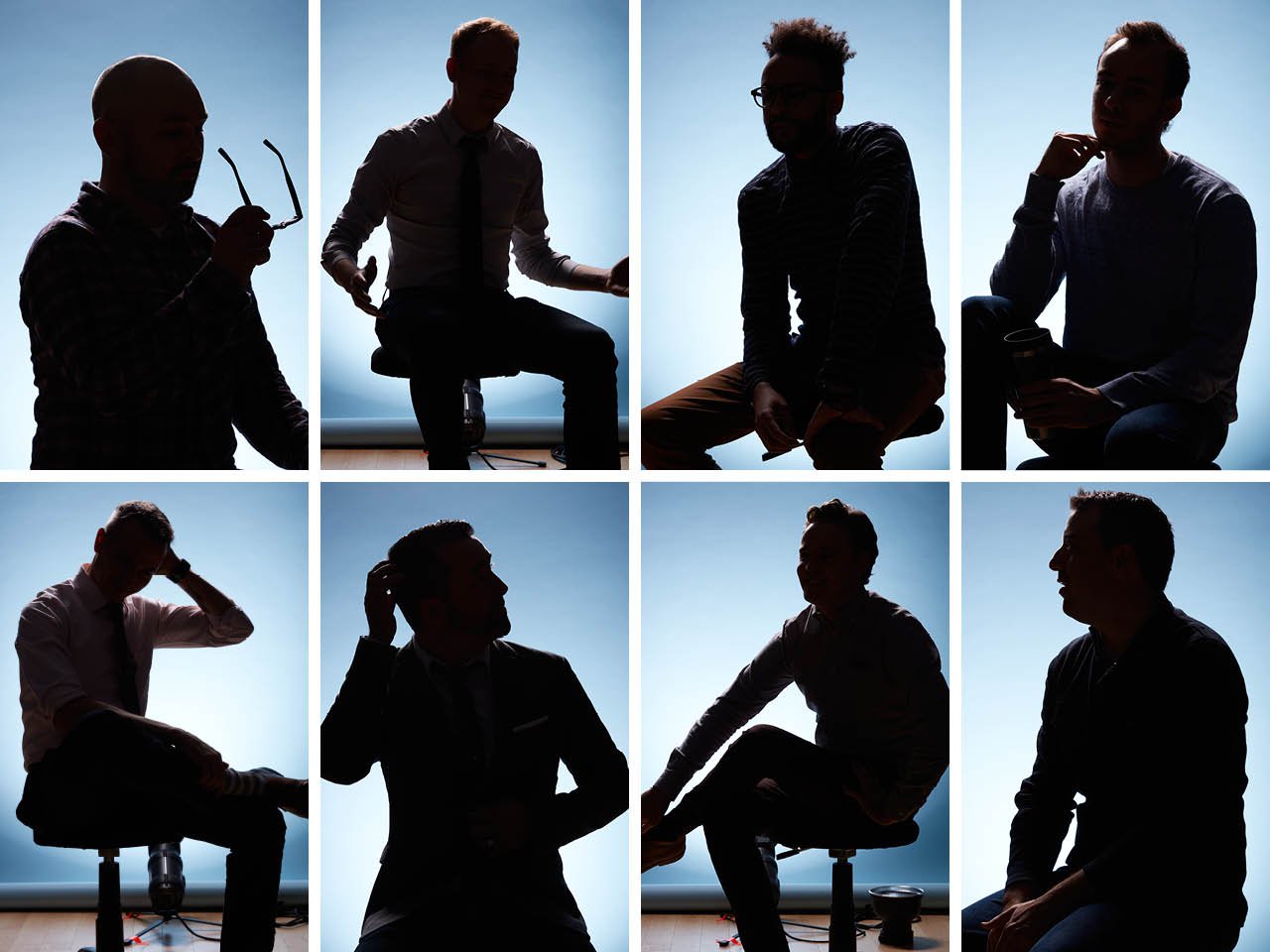 This is where the Dutch come in. The Netherlands is the undisputed world leader of comprehensive sexual and relationship education, which builds abilities like communication, negotiation and self-awareness, while teaching matter-of-factly about reproduction, sexual orientation and sexual health. Every spring, starting in kindergarten, Dutch children in primary school spend a week in focused sex-ed classes, the youngest children exploring topics like gender stereotypes and the older ones moving on to crushes and contraception. Even in its modern candour, the approach is grounded in old-fashioned ideals of love, respect, intimacy and common decency. A 2015 PBS NewsHour story about the Dutch sex-ed curricula includes a clip of four-year-olds talking about hugging, kissing, and getting married. Another video features 11-year-olds discussing what it feels like to fall in love (“You become shy,” says a girl. “Nervousness,” a boy chimes in, “you blush.”). The teacher then explains what to do when you fall out of it: Don’t text or send a friend to break up for you; do it in person and be kind. The demise of a relationship can be hard, she tells the children, but you can do your best not to be hurtful or cruel.

These lessons are built on the belief that sexuality education should be taken seriously by parents and teachers, and that a healthy, positive and pleasurable sex life is a basic human right. This attitude has led to impressive results. Most Dutch young people report that their first sexual experiences were “wanted and fun,” unlike most American teenagers who said that they wished they had waited longer to lose their virginity. Nine out of ten Dutch teenagers used contraception the first time they had sex, and the country has very low rates of teen pregnancy, HIV infections and sexually transmitted diseases. Amy T. Schalet, a sociologist at the University of Massachusetts Amherst who studies cross-cultural differences in teenage development, has written that “Adult acceptance of adolescent sexuality [in the Netherlands] makes it easier for teens to recognize that they are sexual beings, plan sexual acts, negotiate sexual interactions, and ask for assistance when they need it.” 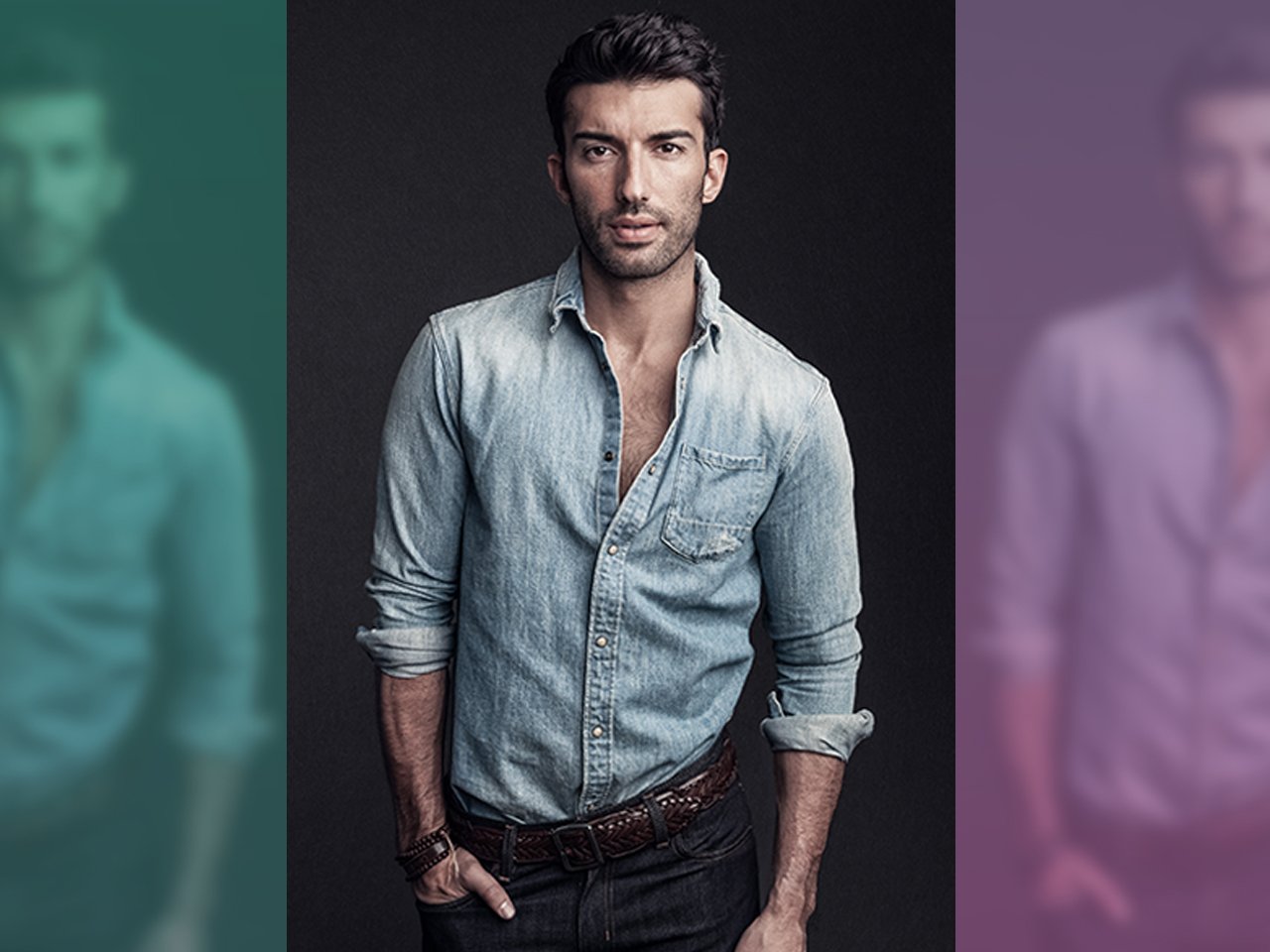 The advantages for young women are obvious: fewer assaults and unwanted encounters, fewer STIs, fewer undesired pregnancies, more sexual and romantic agency. However, the benefits for boys are also very real. Schalet notes that in the United States, teenage boys are viewed as horny and predatory, driven by their hormones and solely interested in sex. American parents assume that boys and girls are fundamentally dissimilar when it comes to sex, and that this opposition is the basis for a kind of natural antagonism, a “battle of the sexes.” American parents also treat boys and girls and differently, with fathers admitting that they are protective of their daughters but lenient with their sons — and, again, the implication of this for heterosexual teenagers is that men and women can’t be equal partners in sex and romance.

In the Netherlands, by contrast, boys’ desire for love and intimacy is emphasized, acknowledged and normalized. According to one national survey, 90 percent of 12- to 14-year-old boys reported that they had been in love. Dutch parents don’t talk much about gender differences, nor do they anticipate conflict between boys and girls. “Instead of the metaphor of battle,” Schalet observes, “Dutch use a language of relationships and loves, and they apply such a language of love equally to girls and boys.” What this creates for boys is the expectation that enjoyable sex and healthy relationships are based on respect and mutual satisfaction, not on domination and control.

Imagine that: a model of sex-ed that teaches boys about sex and relationships while cherishing their tenderness and acknowledging their fears; a model that emphasizes responsibility, decency and accountability, and doesn’t reduce their feelings and desires to a punchline. “American boys end up paying a price for a culture that does not support their needs for intimacy,” Schalet writes. (I’d expand that to Canadian and British boys, and boys in so many other nations too.) “While boys crave closeness, they are expected to act as if they are emotionally invulnerable. With less practice sustaining intimacy, boys enter romantic relationships less confident and less skilled.”

Used with permission of Harper Collins. All rights reserved.

Watch: Man Survey – Where did most of your sexual education come from?