I Am A Survivor Of Human Trafficking. Now, I Try To Help Save As Many Girls As I Can

I came to Canada, thinking I would be a babysitter, and ended up being forced in sex labour. After I escaped, I now try to rescue girls who are just like me 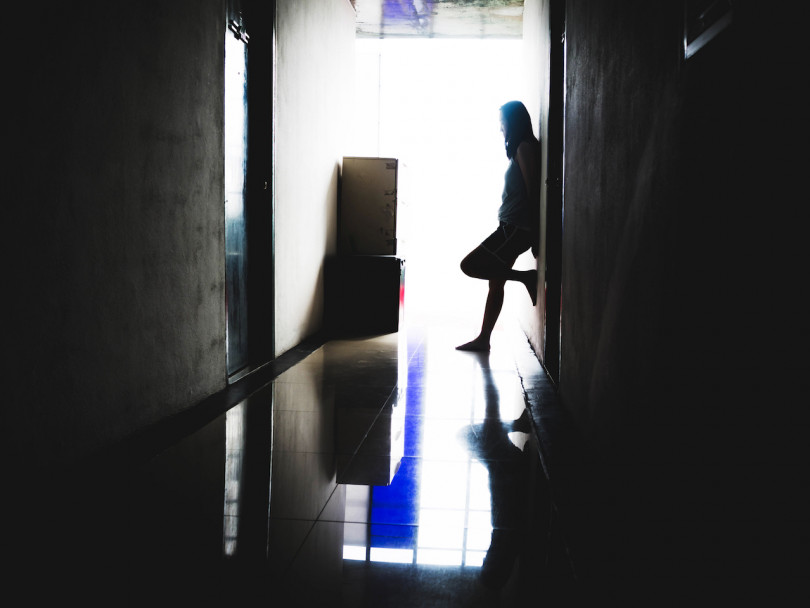 In the middle of a freezing January night in 2010, my phone rang, startling me out of sleep. I pulled back my warm duvet, sat up straight and cleared my throat. Despite the time, I wanted to sound alert and ready. My heart was already beginning to pump adrenaline through my system as I answered.

“Is this Timea Nagy?” a deep male voice asked. I knew immediately that the caller wasn’t a victim, since I always gave my alias—Christina—to the people I was helping. It was to help prevent traffickers from finding me if victims were caught by them and forced to implicate me. The tables had turned and I was now a threat to the traffickers. I was still getting used to that idea, to the fact that I didn’t have to be afraid all the time.
“Yes, this is Timea,” I said confidently.

“My name is Mike Viozzi. I’m an investigator from the vice unit at Peel Regional Police. I’m sorry to call at this hour, but we’re wondering if you can come and speak with a 16-year-old girl we have here at our station. It’s a difficult situation. We could use your help.”

“I’ll be right there.” Five minutes later, I was in my car and backing out of my driveway through the snow. I’d grown up with snow, but the snow in Hungary was nothing like Canadian snow. In Budapest, it was wet and mushy, and did nothing to soften the sound of the Russian soldiers’ boots on the pavement as they patrolled the streets around my family’s apartment complex. Here in Canada, where I’d lived for a dozen years now, the snow was so many things. My hands gripped the steering wheel, and I could see my breath as I headed toward the highway. I wanted to race to the rescue, but I kept an eye on the speedometer. If I hit ice and slid off the road, I’d be no good to anyone, and I was the only one the police had to help a victim of human trafficking, especially someone who’d been forced to work in the sex trade. I already knew that was the case without being told. The police called me because I was a survivor myself.

Half an hour later, I pulled into the police station in Brampton, a suburb of Toronto. I took my volunteer badge out of my purse and walked around to the trunk where I kept my box of supplies—soap, hand cream, clean clothes. I grabbed a pear-scented hand sanitizer—something a young girl might like—and tossed it into my bag with some snacks. Small items like this helped comfort someone in crisis and build trust. If I won a girl’s confidence, the police and I had a chance of saving her. But if she got scared, we could lose her. She could run from us, and back to danger.

Inside, Detective Viozzi came out to greet me. “Thank goodness you’re here,” he said. He briefed me on the case as he led me through a maze of corridors to where the girl waited.


“We found her on the side of one of the main streets not far from here, wearing only a tank top, yoga pants and a pair of very high heels. She was looking for help. She saw one of our cruisers, ran to it and jumped inside before the officers realized what was happening. She told them that she was running from her boyfriend and that he’d be after her soon.” Boyfriend, we both knew, meant pimp.

“I see,” I said. “Good thing that car happened to be there.”

“Yes, that was pretty lucky. One of the officers had attended your trafficking training session. He knew not to ask questions, just to give her his jacket and drive away fast. Then he called me.”

That was one of the things I always stressed when talking to police officers—don’t scare a victim away by asking too many questions and making her feel as if everything is her fault. The first thing to do is take her somewhere safe, make her feel protected. Only then can you ask for her story.

“All we know is this girl is from outside Montreal,” the officer continued. “She’d wanted to make a little extra money and a ‘new friend’ said his cousin was looking for extra help at his store in Toronto for the Christmas season.” I knew those ploys well. There was no store; it was a nightclub.

“She told us her money was taken from her, and her life was threatened. She was sold by the first guy to another guy, who was a lot scarier than the first. He kept her in a motel, where he used her as his personal sex toy when she wasn’t at the club. He put a gun on the table every night to remind her she was not to go.”

Unbidden flashbacks of my own experience in the motel entered my mind. I could feel this girl’s fear, exhaustion, hunger, pain and humiliation.
“Thank you so much,” I said, interrupting the detective before he gave me more details. “That gives me a good sense of where she’s at emotionally. Where are things at on your end?”

“She told us where the motel is. We sent officers over there and, after a chase, they arrested her pimp. He’ll be arraigned tomorrow morning and will most likely have a bail hearing in two days. There’s so much money in these rings that someone will probably post bail for him, though. You know how it is. He’ll be out looking for her in just a few days. And if she’s out on the streets…” He didn’t need to finish that thought.

Detective Viozzi opened the door to the interview room and ushered me through. The girl was seated in a chair, slumped over a table in front of her, trying to rest. She looked so tiny under the big winter police coat she was wearing. She jumped at the sound of the door opening. I recognized the reaction—a victim can never let her guard down.

I smiled at her. “I’m Christina,” I said gently, pulling out a chair across from her and carefully putting my bag on the table. “I’m here to help you. Are you hungry or thirsty?” Always offer something to a victim before asking her for anything. It was one of my golden rules.

She nodded yes, her brown eyes filled with terror. She was very pretty, with dimples and long, brown hair. At 33, I wasn’t really old enough to be her mother, but I was overcome with the mothering instinct. I wanted to take care of her and keep her safe.

I opened my bag and showed her what was inside: chocolate, chips, water, gum, hand sanitizer.

She looked at me in disbelief. “Is this all for me?”

“Of course, honey. Everything is yours.”

She was still for a few moments, cautiously taking it all in. I knew exactly what she was thinking. Who is this woman? What does she want from me? What will she make me do if I eat this bag of chips?

I interrupted her thoughts. “You are very, very brave. What happened to you is not your fault—I know that because this happened to me too. I’m not a police officer. I was a girl who was forced to work the way you were. But now I work with the police to help girls like us.”

Big tears began to roll down her cheeks as I pulled my chair next to hers and put my arm around her shoulders.

It was almost 24 hours later when I pulled back into my snowy driveway, exhausted from supporting the girl through giving a statement and then driving her to Montreal to reunite her with her parents, yet also exhilarated. I climbed into my bed, pulled the duvet back over myself, and felt overwhelming gratitude. I’d been given another chance to help save a girl—a girl so much like me. Over the coming months and years, I would be given this opportunity hundreds of times. And every time, I would also shed some of those same big tears, when I thought of the girl I’d been—the good little communist, the police officer’s daughter, the award-winning student, the budding TV star and, finally, the girl on the plane, coming to Canada to be a babysitter, believing in the promise and hope of a new adventure—and everything that had happened to her.

Excerpted from Out of the Shadows. Copyright © 2019 by Timea Nagy and Shannon Moroney. Published by Doubleday Canada, a division of Penguin Random House Canada Limited. Reproduced by arrangement with the Publisher. All rights reserved.