I Never Thought I Was An Athlete. Then I Retired—And Started Winning Triathlons

At age 57, I started training for my first triathlon on a whim. At 59, I qualified for the world championships. 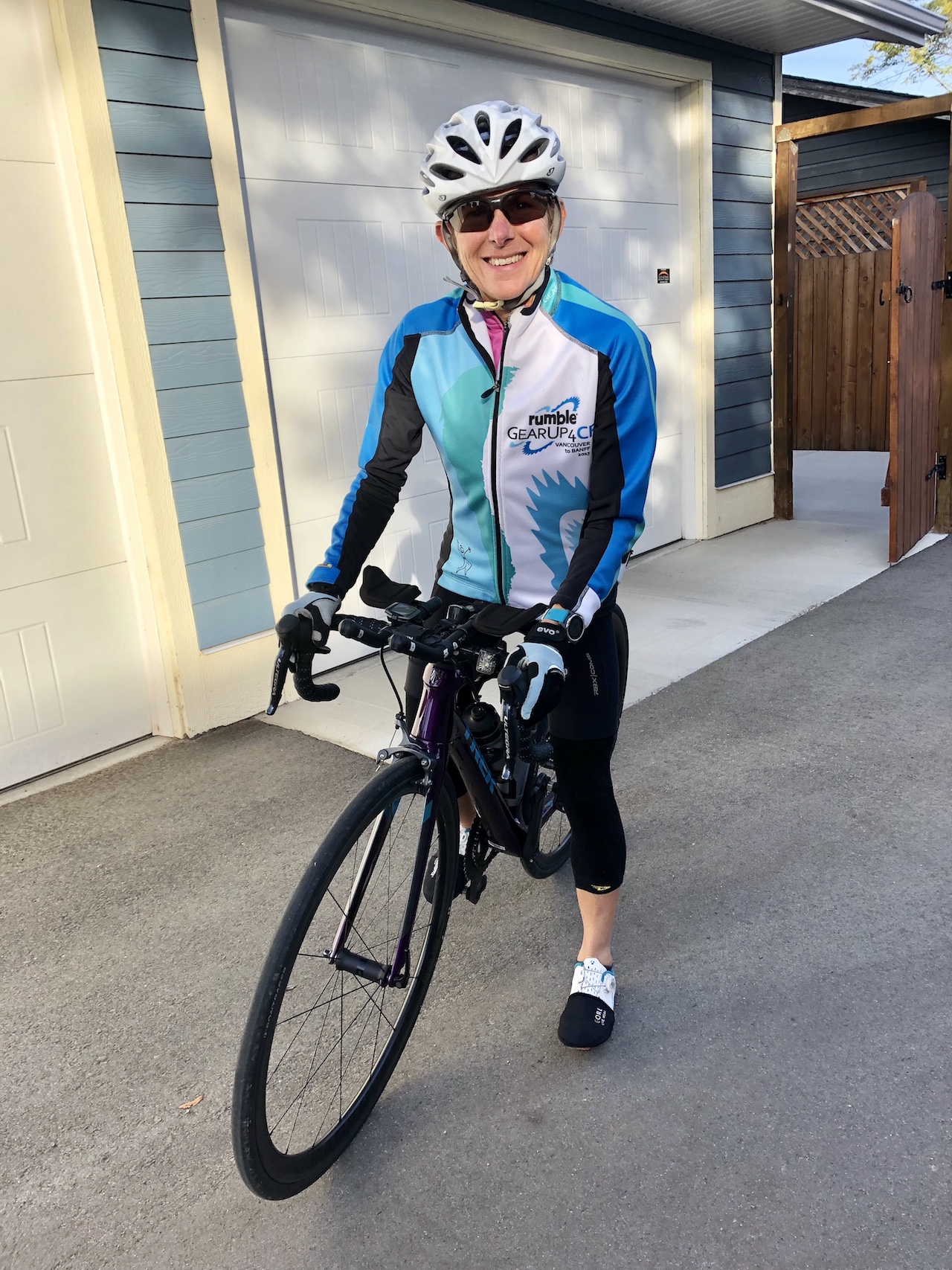 I never saw myself as an athlete. Growing up, I was always the last one picked for relay races or baseball. My brother was an Olympic rower: He competed in L.A. and Seoul. I saw what he achieved and thought that was being an athlete.

Running was something that was flexible, so as I got older, that’s what I did. I could get up early, when my then-husband was home and our two kids were in bed, and run 5K or so. I was a speech-language pathologist at B.C. Children’s Hospital, and running allowed me to balance the stress of work. Living in Vancouver, we can be outdoors pretty much year-round, so I commuted on my bike and ran whenever I wanted. My family knew if I didn’t have a chance to do that, I’d become unbearable.

I retired in 2015, at 57, and my current husband and I found a place in Penticton, B.C. It was cold enough that I couldn’t go out and ride my bike. There was snow on the ground, and that made it harder to run. That first winter, I was like a caged animal. So the second winter, I joined an indoor cycling class led by Kevin Cutjar, a triathlon coach. Some of the people there had done umpteen Ironmans—Penticton used to host Ironman Canada—and some were like me, just trying to do something in the winter. But it made me think, “You know, I can bike. I can easily run 10K. I know how to swim. Maybe I could do a triathlon.”

The whole goal was just to stay fit and healthy. Training for three sports has been very friendly to my body—it’s less stress on me physically. I wanted to start with something manageable, so I signed up for a sprint triathlon in Kelowna: a 750-metre swim in a pool, a 20-kilometre bike ride and a five-kilometre run, or half the distances of a standard triathlon. It was May 2017, this beautiful sunny day, and I had a really amazing race. I remember thinking, “I bet Kevin doesn’t know I can run this well.” And then I actually won in my age group. I did a standard triathlon the next month, and I won that one, too. I had no inclination that would happen—I was out there to have fun.

I entered my first Ironman race at Lake Placid, N.Y., last year, at 59, with a goal to qualify for the world championships in Kona, Hawaii. I thought, “This is ridiculous: 100,000 people try to get to Kona and maybe 2,500 get in. How can I presume to be one of them?” And I had a number of stomach issues that race; I needed to stop at a porta-potty. But I had a new grandson, and I kept repeating, “Granny’s coming,” as I ran up this stupid steep hill. When I finished, I was in the medical tent for three hours and didn’t think to ask how I did. It wasn’t until my husband came in that I found out. I had won my age group by 30 seconds. Then I realized I was going to the world championships.

Kona was awe-inspiring. I was there with all the top triathletes in the world. I kept thinking, “I don’t really fit in here; these people are so athletic.” Finally, I was like, “Stop a minute. I can do this. It’s not just a fluke.” I started to focus on my race. It was really about being caught up in the moment and in what I could accomplish. At that point, it clicked: I am an athlete. I belong here. I finished 39th, and I got a tattoo on the inside of my right arm—I wanted it somewhere I could see—of the Ironman logo with palm trees. And it inspires me. If I can do that, if I can be up there with the best in the world, I can keep going. I can do anything.