Debbie Lu, a 28-year-old Torontonian, visited family in Wuhan last month for Lunar New Year. She’s one of many Canadian permanent residents currently forced to stay in China under a regional outbreak quarantine—and she’d like to go home. 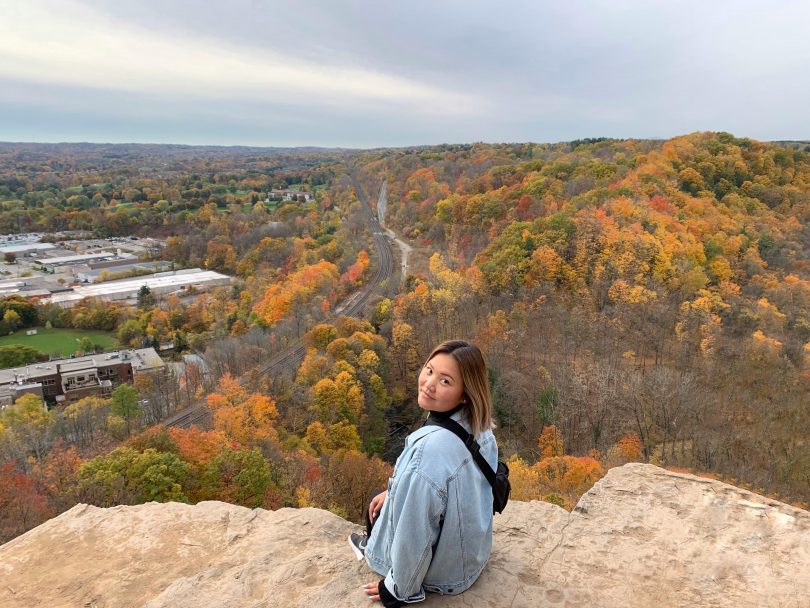 0Last month Debbie Lu, a 28-year-old Torontonian who works in marketing, flew to China to see family in Wuhan, where she was born. For almost a decade, since she first moved to Canada, she’s travelled every winter to celebrate Lunar New Year with her family, who all take time off of work so they can enjoy the holiday together.

A few days into her trip, Lu learned her stay was about to get extended. On January 23, government authorities announced the city would be on lockdown in an effort to stop the spread of coronavirus, a viral respiratory disease that originated in the city and has since escalated into a global health emergency. Public transportation was shut down. Roadways were closed. Travel into and out of the area was and still is restricted.

Lu, who is a Canadian permanent resident, doesn’t know when she’ll be able to return to Toronto yet. (As of yet, the Canadian government has only permitted Canadian citizens and primary caregivers of children who are Canadian citizens to return home to Canada.) We talked to her about what it’s like to wait.

What’s life under quarantine like in Wuhan right now?

The Yangtze river goes across my city. The side I’m on, Wuchang, is not the most infected area, but fear is all over the place here. Even though businesses are usually closed this time of year, you normally still see community activities and people walking down the street. But it’s quiet now.

Also, [public] transportation has completely shut down. The government released a statement a while back trying to ban all vehicles, but they got pushback. The majority of people in Wuhan just stopped driving anyway and some roads have been blocked. People don’t go outside unless they absolutely have to.

Is that what your family is doing?

We haven’t opened the door of our home at all and surprisingly, haven’t driven each other crazy yet! We live in a gated community, but we don’t go outside, just to be extra careful.

You don’t go outside? What do you do all day?

In the morning, I’ll do some light exercise while my mom makes breakfast and my dad opens windows to let fresh air circulate. We’ll turn on the TV to watch the news. After breakfast, we all start working from home. My mom, along with many other certified therapists in Wuhan, offers free online counseling to people in need during the outbreak. My dad is working on a book, and I do work as well. At dinnertime, we catch up with relatives in other cities via video chat since we didn’t get together for Chinese New Year.

Have you run out of food?

Since businesses shut down during Chinese New Year, families usually stock up. My parents got rice, snacks, vegetables, and meat and they froze a lot of things to prepare for the New Year. So we have enough supplies: a lot of families do.

What kinds of precautions are other people taking?

You might have seen photos of people wearing buckets over their heads, or raincoats and garbage bags. I don’t know if that’s true. Most people just wear masks to the grocery store, get what they need and they get out of there.

Also, buildings superintendents, like mine, for example, will clean and spray common areas and elevators with rubbing alcohol. Every single day, that’s what they do.

Some delivery companies have partnered with the city to provide what they call “touchless” delivery. It’s like Uber. You order whatever you want from the grocery store or whatever shop you need. They collect the items and you pay with an app. Then they deliver your order either by your door or at a community centre and leave so you can pick it up after. It avoids human interaction, and people feel safer that way.

How do you feel about the online posts and reactions to what’s happening about Wuhan?

Sad, mostly, because I consider Toronto home. I feel very welcomed and accepted there. I’ve always known there’s going to be a few ignorant people out there, but when I see news of people in Canada bullying Chinese kids, saying that they shouldn’t go to school, or that Chinese restaurant in Markham being harassed for having Wuhan in its name, it really breaks my heart.

I just feel like people are pointing fingers at my hometown [over misreported information about the cause and handling of the outbreak]. Some of the criticisms are true, but it still hurts. Because I feel like they don’t know that we’ve already recognized these issues and the people in China are fighting for our own rights as well.

Have you had to put your life in Toronto on hold?

I have a mortgage, my internet isn’t on pause, my phone bills—I still have to pay for these things. I’m lucky that my employer is understanding and lets me work remotely.

That’s another issue people have to deal with. The Chinese government has said employers can’t fire anybody affected by the outbreak, which is great for citizens here. But what if people are travelling for a business trip to China and they’re stuck?

The first of two planes evacuating Canadians from Wuhan just landed in Ontario, where they’ll be quarantined for two weeks. Do you know when you’ll be able to go home?

When the Minister of Foreign Affairs announced he was sending a plane to take Canadians out of Wuhan, a lot of my friends messaged to say, “You have to register and get on the plane.” But I can’t: I’m a permanent resident. The Chinese government doesn’t allow dual citizenship, so if I become a Canadian citizen, I have to lose my Chinese citizenship. I know people who’ve become Canadian citizens and have to apply for a visa to come to China. It could [potentially become] an issue for me to visit family.

The Chinese government won’t allow Chinese citizens to get on that plane, including permanent residents of Canada—though primary caregivers of children who have citizenship are allowed. So I’m happy for those who can travel back as a family. The fact that Canada was able to land an agreement with China on that is a great sign.

But I feel like there’s no effort to help or communicate with the rest of us. I contacted multiple locations of the Canadian embassy in China. I emailed them all. The feeling I got out of their response is like, “Oh, they don’t allow [evacuation]. That’s it for you guys.” But that’s my home. Toronto is where I have everything and now I can’t go back to my regular life.