What does the agreement mean for Canadians? 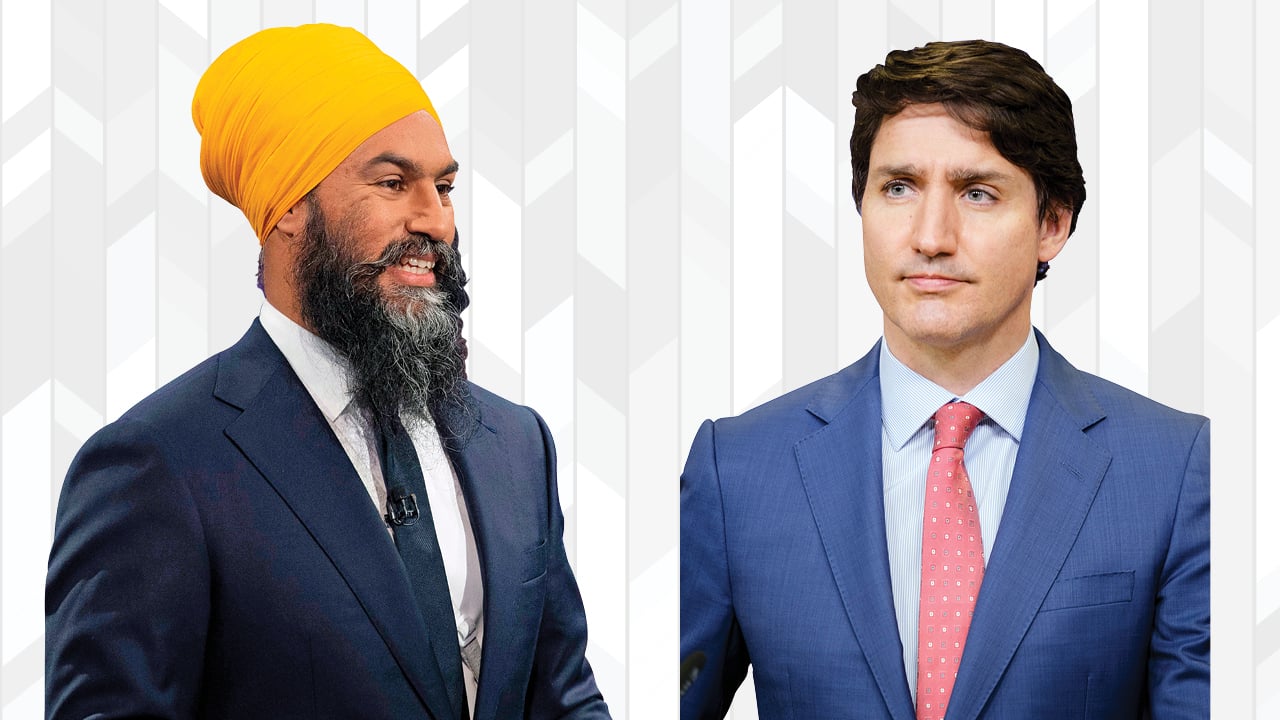 The 2021 election became known as “the election no one wanted.” And, when the last ballot was counted, the House of Commons would end up welcoming nearly the same parliament as its predecessor.

Despite this, the minority government Liberals found themselves in a different world post-2021 election than in 2019. The focus between those two elections was staving off negative economic impacts to Canadians due to the pandemic—an issue that is challenging to vote against. In 2021, however, pandemic fatigue had begun to set in, making it that much more difficult for the Liberals to advance not only pandemic-related policies, but others from their platform.

The uncertainty of not knowing whether or not your party will be able to form government after every confidence vote in the House is stressful at best and stifling to progress at worst. So, why not try to come to an agreement with a party whose views are similar to yours? This is why six months after Trudeau’s Liberals were re-elected for the third time, they struck a “confidence-and-supply agreement” with the NDP. It’s set to last until 2025 , when the next federal election is scheduled to take place. (However, the NDP could withdraw their support before then, should they become unhappy with how the Liberals are handling the items in their agreement.)

A confidence-and-supply agreement—or CSA—is an agreement between two or more political parties to not vote against the governing party (in this case, the Liberals) in exchange for advancing some priorities of the other party (the NDP). This gives the Liberals a sense of security that they likely won’t face a vote of non-confidence between now and 2025.

Minority governments always have the threat of falling victim to a vote of non-confidence by the rest of the House of Commons, which would trigger another election. By partnering up with the NDP, that threat is significantly reduced, allowing the Liberals the freedom to govern and advance their agenda.

Is this a coalition government?

Nope! We typically view coalition governments as two or more parties working together to govern a country. On its face, a CSA does the same thing. However, coalition governments are a much more formal agreement with the most important component missing from a CSA: in a coalition government, cabinet positions are divided up among all parties, which gives each party a direct say in the direction of the government. In this example, a coalition Liberal-NDP government would have NDP MPs holding cabinet positions, which they’re not. Instead, the NDP and Liberals will have regular check-ins to ensure that the Liberals are advancing policies and programs in a manner that the NDP can continue to support. By not being in cabinet, the NDP is still able to freely and openly criticize the Liberals and hold them to account.

Is this allowed and has it happened before?

As a parliamentary democracy, Canadians don’t vote directly for the head of government (the prime minister) as one would in the United States. Instead, we vote for a local representative who belongs to a political party and acts as our representative in the House of Commons. Because of this, a party only forms government when it holds the confidence of the House; a majority government would hold the most seats and not need to worry about confidence votes (a vote in the House of Commons which could cause the government to fall, causing the Governor General to dissolve parliament and call an election), whereas minority governments require much more cooperation.

Confidence-and-supply agreements aren’t common in Canada—especially at the federal level—but they have happened before, most recently in Yukon in 2021 when the Liberals and the Yukon Party won the same number of seats, but a CSA between the Liberals and NDP lifted the Liberals to form government. British Columbia and New Brunswick also recently saw CSAs help governing parties remain in power.

Parliamentary democracies around the world typically have far more political parties than Canada does, making it difficult to win a majority government, so negotiating a CSA (or a coalition government) is much more common and necessary to avoid endless elections and no actual governing.

What’s in the agreement and what does it mean for Canadians?

The CSA identifies seven key areas that the Liberals and NDP will work on together: healthcare, housing, climate change, labour, reconciliation, taxation and democracy. While many of these areas were in the 2021 Liberal platform, parties need to make decisions on what they want to prioritize; ministerial mandate letters are good indications of the things a governing party wants to accomplish over its term. However, because of the time-limited nature of the CSA, we will likely see a shuffling of Liberal priorities in order to fulfill the terms of the agreement, as much of the language in the CSA sees the acceleration of Liberal election promises.

Specifically, the CSA says that the Liberals will need to pass pharmacare legislation by the end of 2023, a promise that had no associated timeline in the current mandate letter for the minister of health. A national pharmacare program would, over the medium to long term, reduce the cost of prescription drugs for Canadians. Right now, Canadian “universal” health care only covers the cost of visiting a doctor, and nearly 700,000 Canadians forgo buying food in lieu of buying prescriptions. Also as a result of the CSA, the minister of labour now needs to pass legislation as soon as possible to secure 10 days of sick leave for federally regulated workers, instead of a vague timeframe during this parliament.

The CSA all but ensures that the priorities in the agreement will be passed in the House of Commons as it will reduce potential deadlock and impact the lives of Canadians sooner rather than later—especially lower-income families (those earning under $70,000) whose children will be able to go to the dentist without having to pay part of the bill thanks to the implementation of a dental care program for low-income Canadians that has been championed by the NDP. And, after an election few people wanted, this is a safe bet to make sure there isn’t another election anytime in the near future.

Over the next three years, expect to see major advancements on the aforementioned sick leave days, dental care and pharmacare programs, as well as a general push to make life more affordable for Canadians through $10/day child care and affordable housing.

The federal budget is coming April 7, so keep your eyes on that to know where the Liberals’ priorities are.

Erin Gee is a co-host of the Bad + Bitchy Podcast.