A Popular Period Underwear Brand Is Facing A Lawsuit. Should You Be Worried?

You likely don't need to shelve your period panties and free bleed in despair. Here's why 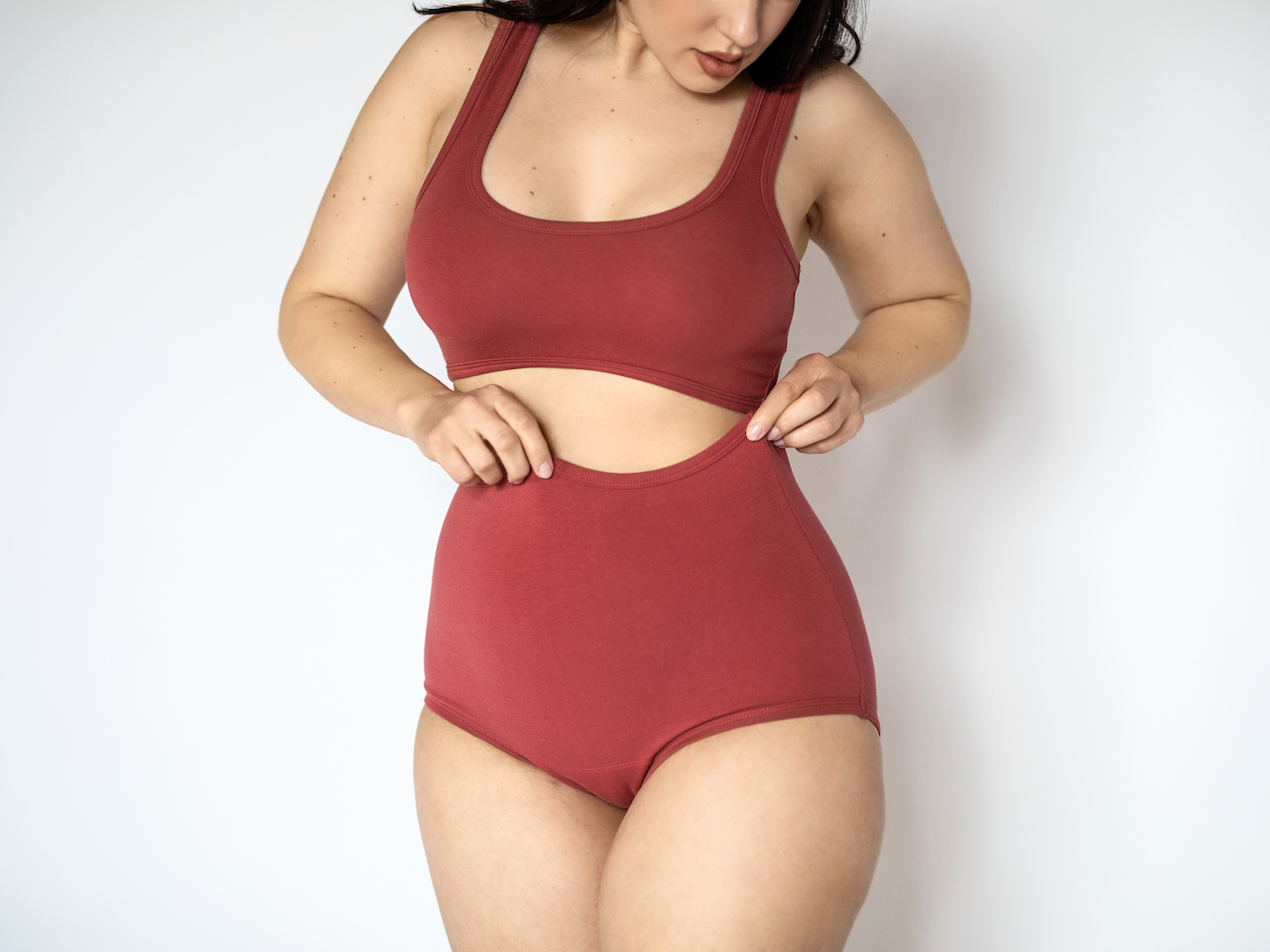 Washable, reusable period underwear offer a more environmentally sustainable option for dealing with the nitty gritty of menstruation, but in keeping with everything to do with your period, deciding which product is best—and why—might induce a headache.

Knix, the incredibly popular Canadian menstrual and incontinence underwear brand, is currently facing a class-action lawsuit in the U.S that alleges, despite marketing claims to the contrary, that Knix products contain per- and polyfluoroalkyl substances, a class of synthetic chemicals commonly known as PFAS. (Thinx, an American brand with a similar product offering, is facing two separate PFAS-related lawsuits.)

What are PFAS? What’s the evidence behind the Knix lawsuit? Here’s what you need to know.

PFAS represent a large, unwieldy class of manmade chemicals that have been in wide use in a range of consumer products for more than 50 years. You’ll find some form of PFAS in everything from non-stick cookware to mascara. They are used in carpets, furniture, electronics, food wrappers, sportswear and more. PFAS are so highly attractive to manufacturers because they make products resistant to heat, oil and grease, and also repel water and stains, among other properties.

PFAS are often referred to as “forever chemicals” because they don’t naturally degrade. They are pollutants that can leach into groundwater and build up in wildlife and fish. These chemicals can also be absorbed by human tissue—and they have. Both Health Canada and the CDC report that most people have some low level of PFAS in their blood.

While there are few studies looking at what widespread low-level PFAS in human tissue can mean over the long-term, high levels of PFAS in the blood have been associated with a variety of negative health effects, including increased risk of some cancers, pregnancy complications, impaired immune function and high cholesterol.

As well, long-chain PFAS are just the tip of the iceberg. A report by the Canadian Environmental Law Association identified more than 6,000 different types of PFAS that aren’t regulated or restricted in Canada. There is also little information about the potential threats to human health these chemicals represent.

This lack of regulation means that companies can look to other PFAS—known as short-chain PFAS—as replacements for long-chain PFAS, says Ryan Prosser, associate professor of ecotoxicology in the School of Environmental Sciences at the University of Guelph.

“They haven’t been classified as persistent organic pollutants, so they are still used in commerce for a variety of things,” he explains.

Why is Knix facing a lawsuit?

The suit against Knix was filed by two California-based consumers, Gemma Rivera and Marisa Franz, who claim they were misled by the brand’s marketing claims about being PFAS-free; they cite testing done by Mamavation—a website that aims to help moms make non-toxic product choices—as evidence of that deception.

In 2021, Leah Segedie, the California-based founder of Mamavation, sent Knix’s High Rise, Boyshort and another high-waisted short for independent lab testing and reported the results online. According to Segedie—who is not involved in the Knix lawsuit—that testing found the products contained the presence of organic fluorine, an indication of PFAS. The Knix High Rise reportedly contained the highest amount of fluorine: 373 parts per million (ppm). (By comparison, testing on Thinx products, initiated by Sierra reporter Jessian Choy—who is not involved in the Thinx lawsuit—found that Thinx’s adult Brief and teen Shorty contained 3,264 ppm and 2,053 ppm of flourine, respectively.)

When contacted for comment about her testing, Segedie noted that subsequent recent testing she’s undertaken on Knix products suggests they contain even lower levels of PFAS now, levels that may point to unintentional product contamination rather than intentional manufacture.

“The last three tests I’ve done of [Knix] products (period underwear, leggings and a sports bra), they have been under 50ppm,” she says.

What does Knix have to say?

Knix has filed a motion to dismiss the lawsuit on the grounds that the claims are “baseless” and is also taking the further step of asking that the law firm that filed the suit on behalf of the consumer plaintiffs be sanctioned.

When asked about the suit, a spokesperson for Knix provided the following response, which has been edited for length.

“Any suggestion that our products are somehow unsafe is wrong, which is why we have filed both a Motion to Dismiss the Amended Complaint and a Rule 11 Sanctions Motion against the lawyers who filed it… We have been very transparent about our ongoing testing for PFAS and fluorine and continue to update and share our negative results on our website. We take product safety very seriously and sincerely apologize to our customers for any fear or confusion that this is causing.”

Knix founder and CEO Joanna Griffiths also supports better regulation of her industry: In 2020, she launched a petition that called for period underwear to be PFAS free, and for companies to disclose materials and treatments used in their products.

Should you shelve your period panties and free bleed in despair?

The claims against Knix have not been proven in court, and regardless, the health risk of wearing clothing that potentially contains PFAs is seemingly low.

“My first reaction is to think that something having PFAS that is used on the outside of the body, and not likely to be absorbed or eaten, is unlikely to be a health issue for women,” explains Dr. Jerilynn Prior, professor of endocrinology in the Department of Medicine at the University of British Columbia.

“It would likely be slightly riskier if the PFAS were in a tampon that is worn in the vagina (a somewhat absorbing surface) for a number of hours a day,” she adds.

Prior cites the exposure to PFAS in non-stick cookware as being of greater concern to health overall, as we ingest those chemicals.

And Prosser says consumers should be wary of the vast range of personal care products they use daily that do contain PFAS or that may contain them (trade secrets mean many don’t need to disclose all their ingredients).

“Personal care products are an important pathway for exposure,” he says. “This is mainly because of how often we use [them] and how skin can absorb those chemicals.”

Makeup isn’t exempt from that concern. The brands Coty, CoverGirl and L’Oréal are also facing suits in the U.S. for alleged use of PFAS in their products.

Many would like to see governments step up and regulate these chemicals as an entire class.

The federal government has indicated they may just do that eventually, but right now consumers are on the hook for wading through an overwhelming number of products that may or may not contain PFAS.

“To regulate this huge class of chemicals is the challenge,” says Fe de Leon, a researcher for the Canadian Environmental Law Association in Toronto. She hopes the rising consumer concern about PFAS will spur manufacturers to find alternatives.

“Seek out chemicals that have the same properties as this class but that are safer,” she says. “This is the time for innovation.”