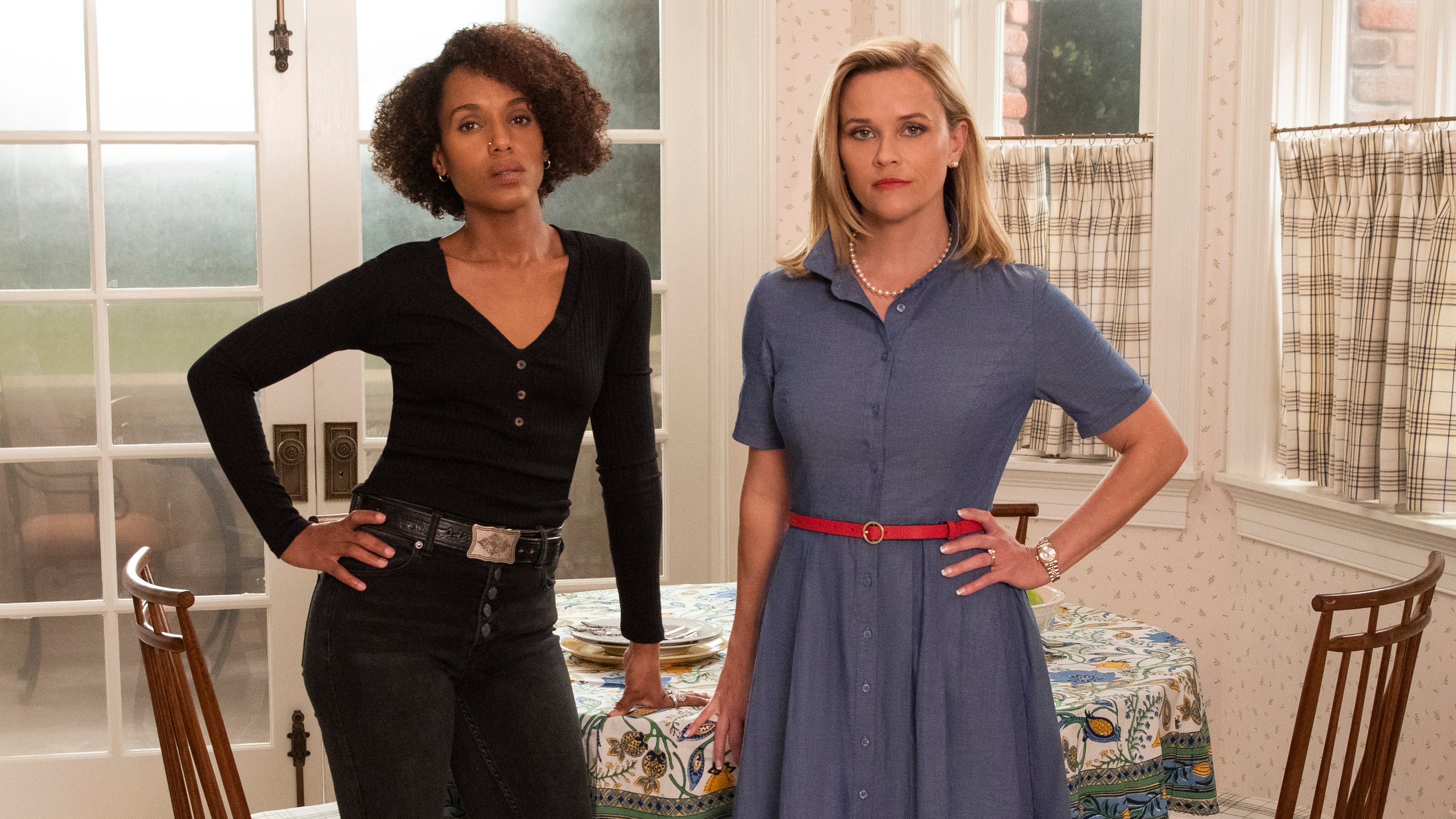 Little Fires Everywhere (now streaming in Canada on Amazon Prime Video) raises the heat on what’s been something of a temperate spring, drama-wise (onscreen, anyway). A limited series with a starry cast and a bestselling literary antecedent, it’s emotional, confrontational—and slightly soapy too. Here are five reasons to watch.

It’s based on a conflict-rich bestseller

The series is based on Celeste Ng’s 2017 bestselling novel of the same name. Like the novel, the show is set in the affluent community of Shaker Heights, Ohio in the late 90s. The action begins in the aftermath of a fire that destroys the family home of the well-off Richardson family and then travels months back in time to the igniting incident, so to speak, i.e. the arrival in town of single mother Mia Warren (played by Kerry Washington) and her teenage daughter Pearl (played by Lexi Underwood). Their arrival captures the attention of Richardson matriarch Elena (played by Reese Witherspoon) and her four kids, Lexie, Trip, Moody and Izzy. It’s as the Warrens and the Richardsons come into one another’s orbit that all manner of incendiaries fly.

The series puts its own stamp on the book

The TV adaptation of Little Fires makes a few major changes to Ng’s novel. In the book, Mia’s racial identity is not mentioned and she’s therefore assumed to be white and working class. In the series, she is Black and working class. Making Mia Warren a Black, cash-strapped single mother squaring off against an affluent white mother threads racism (of the insidious invisible-to-white-eyes kind) into the already inflammatory socio-economic fabric of Ng’s novel.

The show takes other liberties with Ng’s text (I won’t spoil some of them for you), and with varying degrees of success (the series’ conclusion is an invention of the show’s writers and a not altogether plausible one) and fleshes out some of the backstories of central characters.

In short, there’s plenty of drama.

Mia vs Elena is a meaningful, rare and resonant battle

Contemporary mainstream culture is so saturated with taboos surrounding women fighting with one another it’s almost a guilty pleasure to watch Mia and Elena go from frosty regard to blistering contempt. That Kerry Washington and Reese Witherspoon give steely, anger-inflected performances only heightens the intensity of their inevitable clash. And while men get something like a hall pass in the series, the conflicts between the women are necessary front-seat material. These are not just personal attacks. They’re political, too. The show makes it clear the primary reasons for that disconnect are the obstacles of race and class.

Ask Hallmark-card-perfect Elena or her prom-queen daughter Lexi, and you’ll hear that race is a non-issue and colour doesn’t matter. But the weight of what they deny is borne by the series’ Black and Asian characters— by Mia and Pearl and by single mother Bebe Chow (played by Lu Huang) who must fight against the widespread conviction that she can’t give her daughter a better life because she is an immigrant who only makes $2.35 an hour.

Because the series purposefully acknowledges conflicts originating in issues of race and class, it can be an uncomfortable viewing experience at times—especially for liberal-minded, white, female viewers accustomed to seeing themselves portrayed as the beating heart and conscience of mainstream drama (and used to seeing Black actresses cast as their smiling best friends) rather than its blinkered, scheming and/or self-obsessed villains.

To watch Mia (Kerry Washington) not only refuse to comfort a crying, self-obsessed, white, teenage girl but to tell her why she won’t … It’s a novel moment for TV that lingers on the palate.

Little Fires turns on themes of motherhood—who is a “good” mother, who is a “bad” mother, and what represents good and bad choices when it comes to motherhood. In the TV series, those ideas are shown to be inextricably bound to socio-economic status, racial identity and where you fall on patriarchal society’s Female Value scale.

It becomes clear that much of what or who is defined as good or bad is determined by external criteria having little relevance to complex human realities.

It’s largely through the character of Mia that we begin to see the instability of our collective POV on good motherhood, and how conditional it is on what the marketplace values.

Wealth, status and the support of her community kept Elena from falling through the cracks and conferred shelters and protections upon her that she is too self-absorbed to acknowledge.

The drama is set in the late 90s and there are several 80s-era flashbacks some viewers will experience as nostalgia. Doc Martens, acid-wash jeans, cassettes, break dancing, car phones and belts with pagers attached to them–for Gen X audiences it’s a kind of flashback into the pop culture landscape of their teenage years, minus the adolescent angst. Younger audiences might not get the visual references, but they will connect to the alienation experienced by characters like Elena’s misfit daughter, Izzy (Megan Stott) and the palpable vulnerability of Pearl, who simply wants to belong somewhere.