No one can turn a royal frown upside-down like Trudeau. 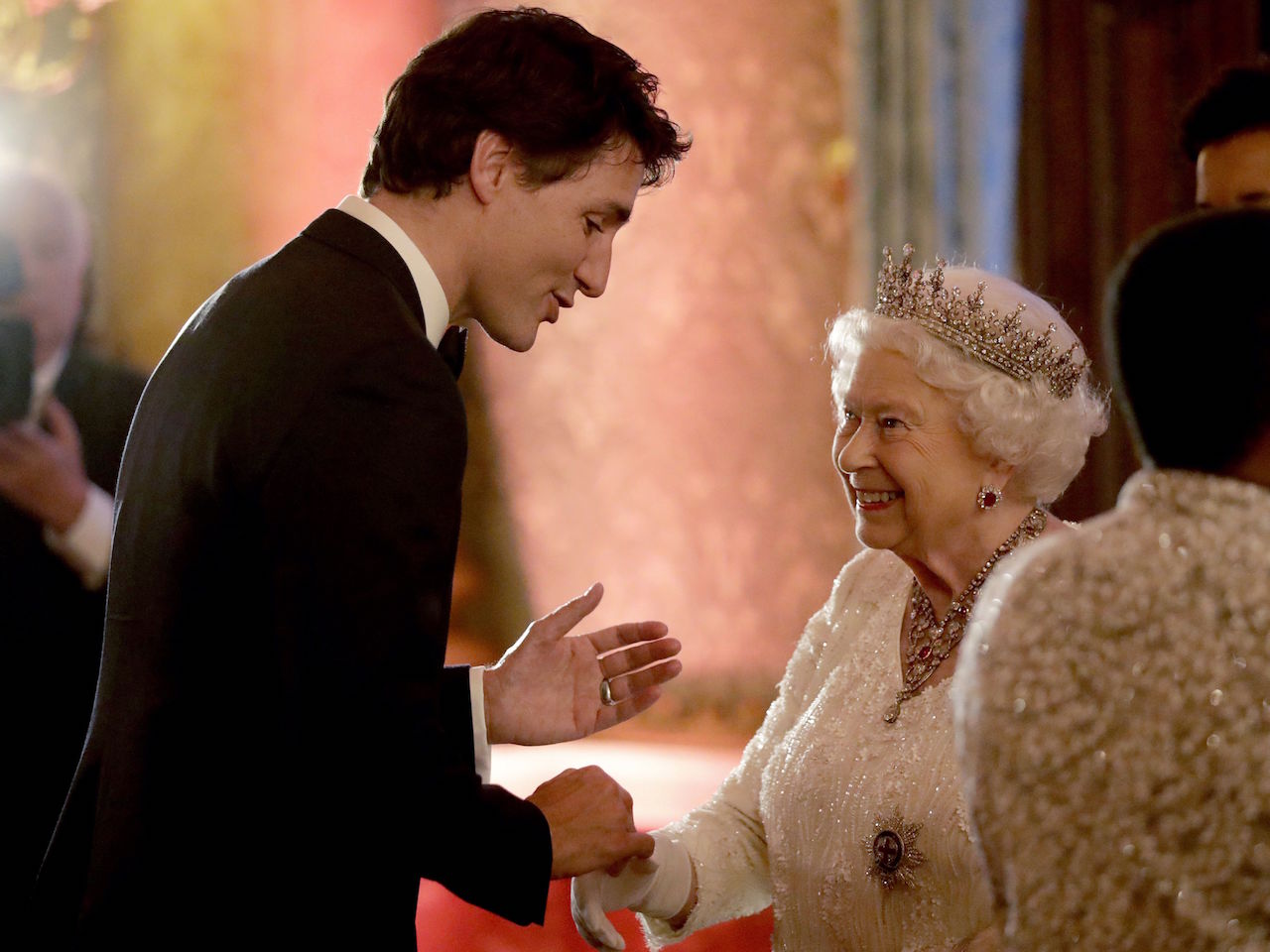 Justin Trudeau just wrapped a tour of Peru, France and the U.K. with a black-tie banquet at Buckingham Palace. According to Hello!, it will likely be one of the Queen’s last state dinners as head of the commonwealth — it was announced this week that she will be handing over that responsibility to Prince Charles. And, thanks in part to one Canadian prime minister’s charm offensive, it seems a smashing good time was had by all. Check out that smile on Queen Elizabeth as she greets Trudeau.

It’s wasn’t just Her Majesty who looked pleased as punch to see Trudeau — Princes Charles, Andrew and Harry were bursting with laughter while chatting to the PM. 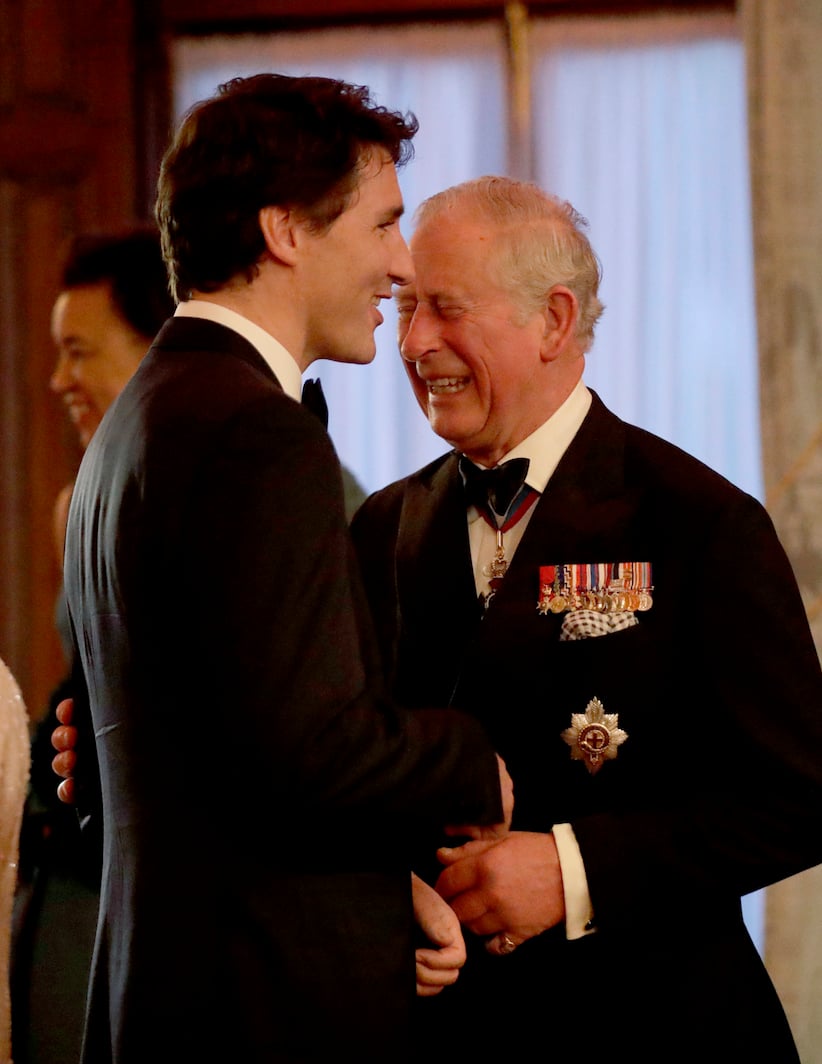 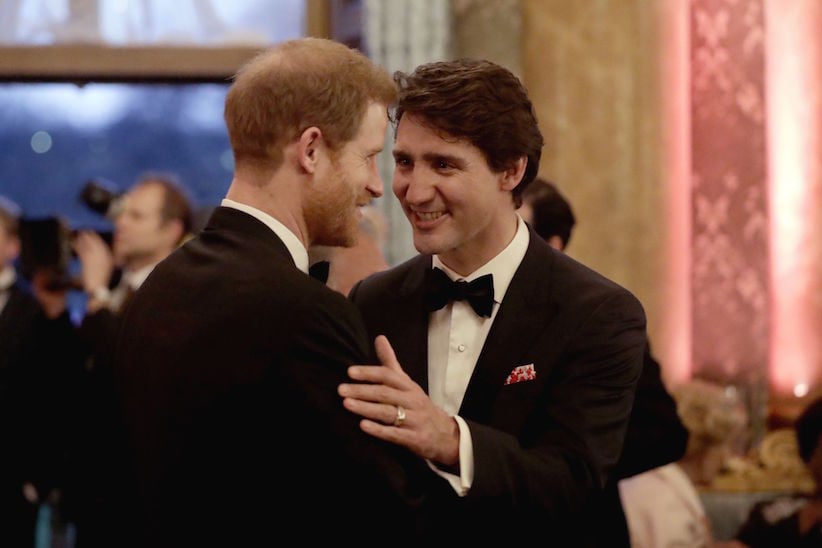 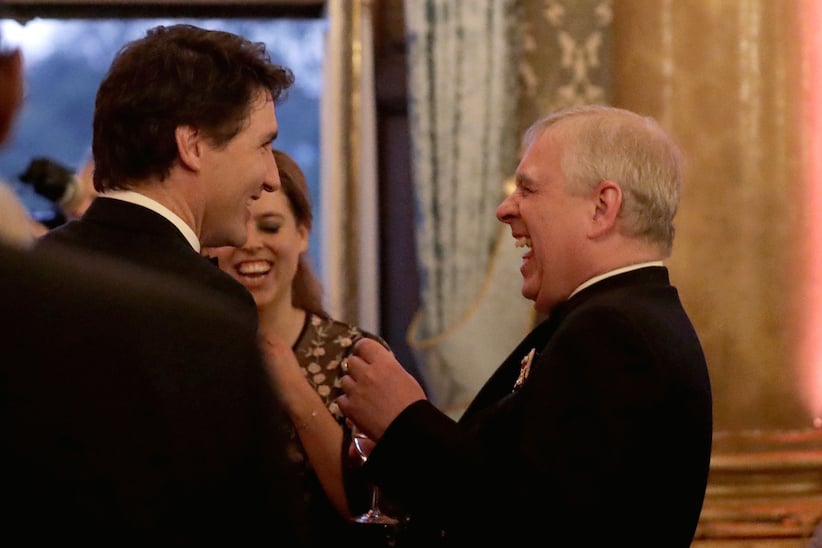 But this isn’t the only time Trudeau has tickled the royal funny bone. Let’s observe. 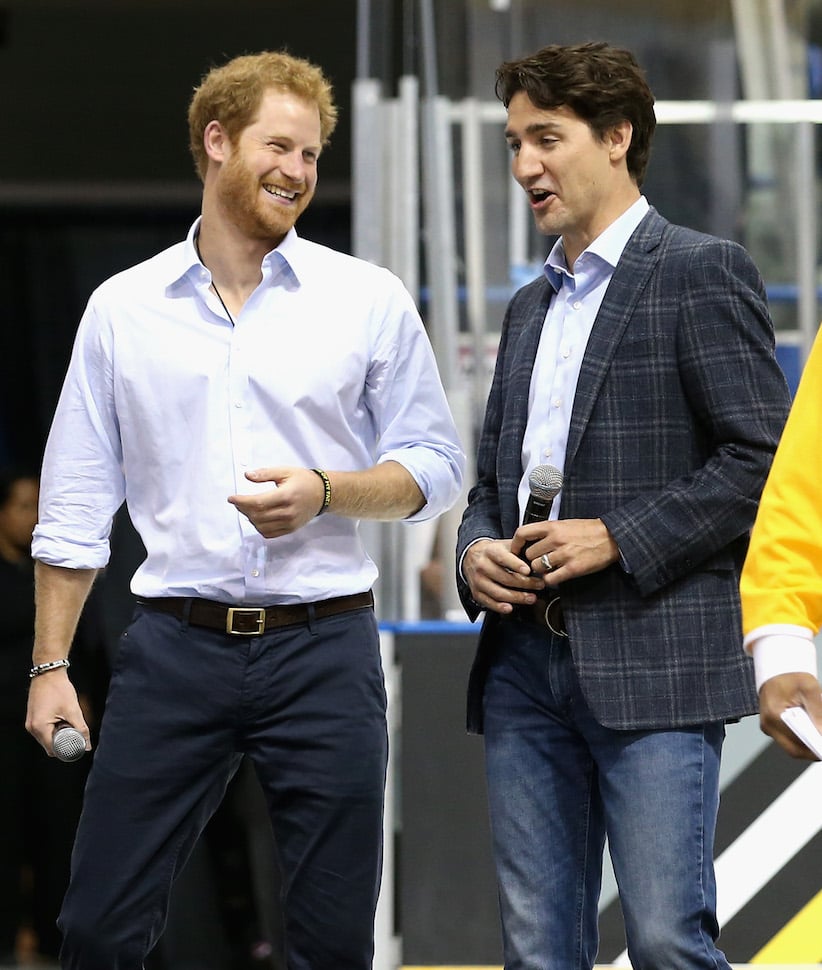 Prince Harry and Justin Trudeau share a giggle at an Invictus Games event in May 2016. Photo, Chris Jackson/Getty Images. 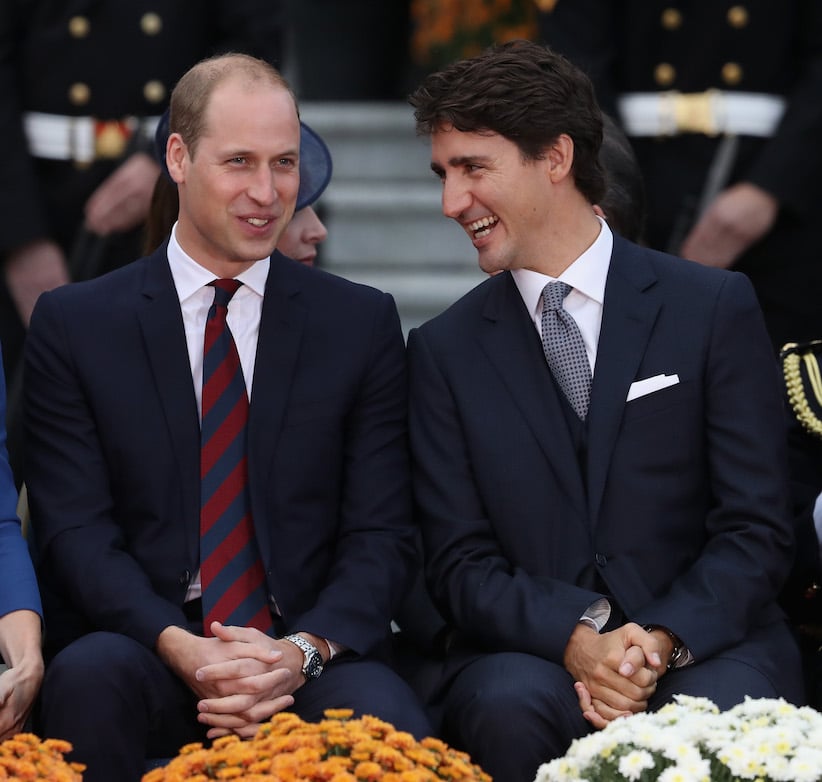 Prince William stifles a laugh at the welcome ceremony for the 2016 royal tour at the British Columbia Legislature. Photo, Chris Jackson/Getty Images. 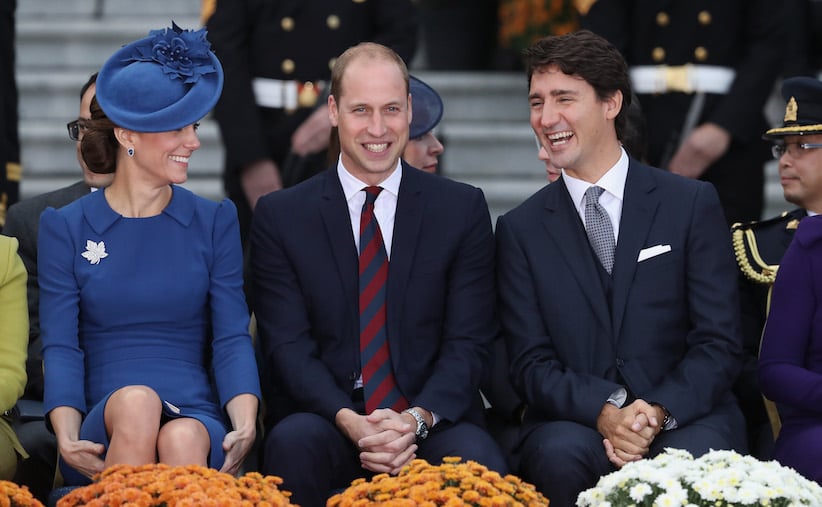 Kate Middleton got in on the fun, too. Photo, Chris Jackson/Getty Images.

Prince Charles seems to get a particular kick out of Trudeau. 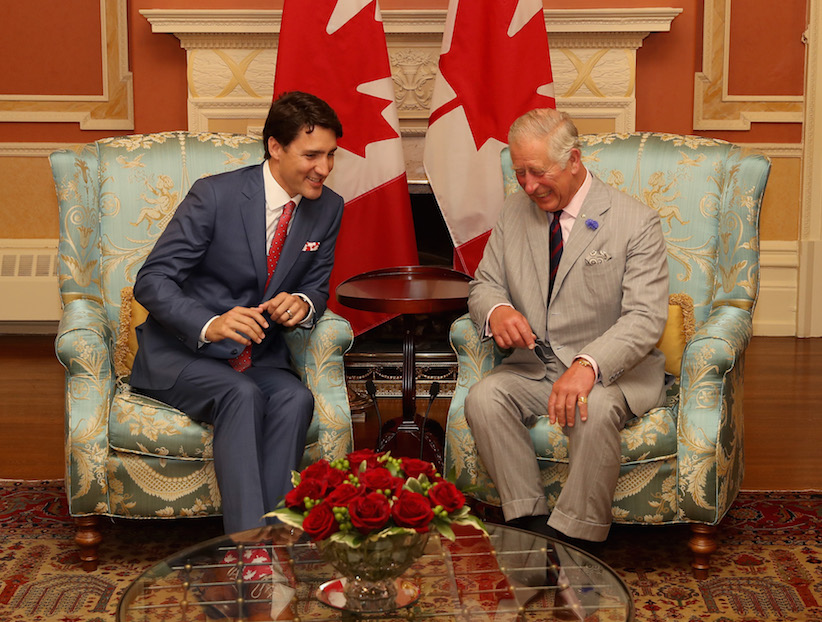 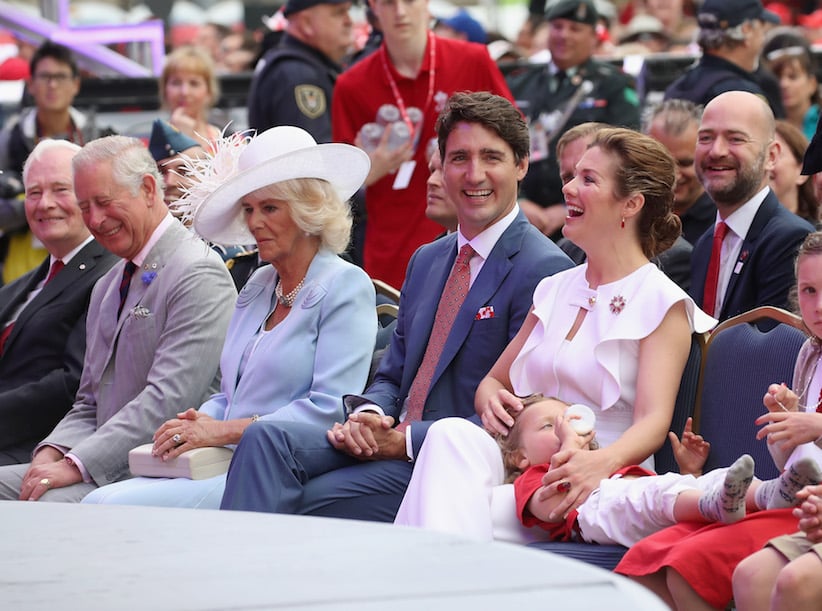 Apparently Sophie knows how to land a one-liner, too. 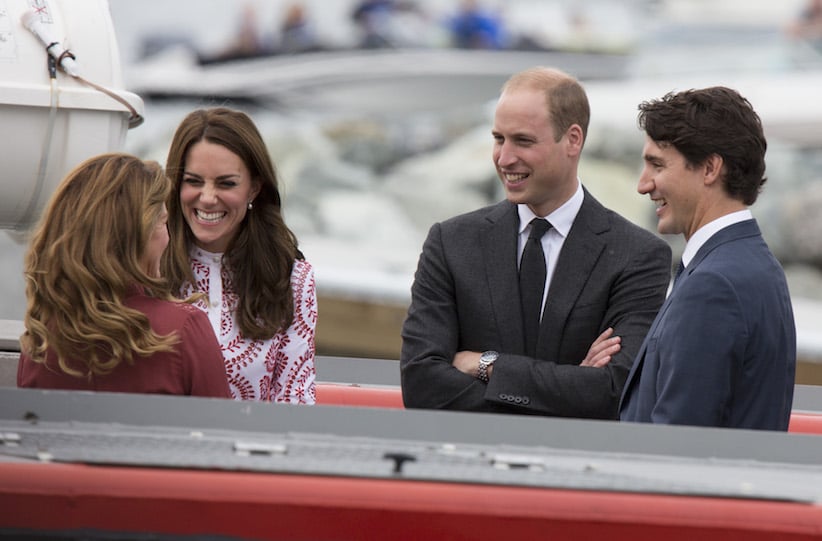 As does a certain ginger prince. 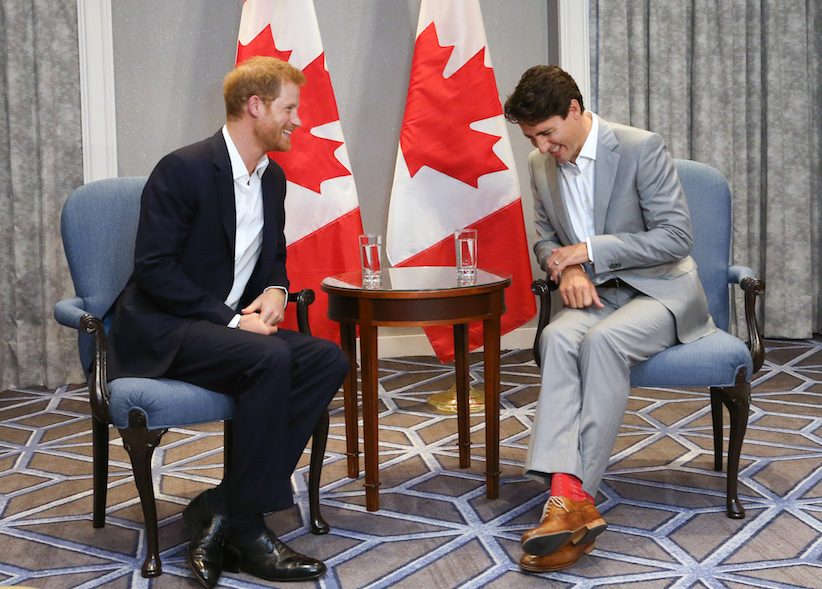 So much for the British stiff upper lip.