Be prepared to be enthralled—and creeped out. 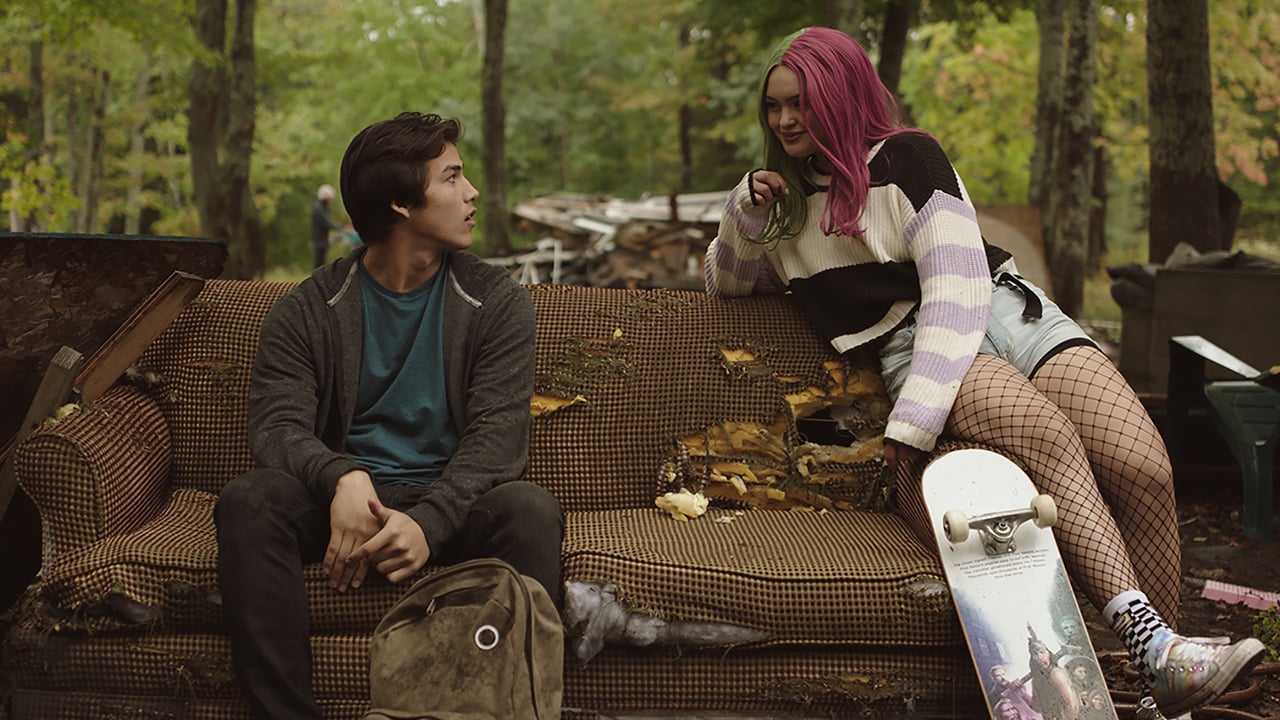 CBC’s Trickster (premiering on CBC and CBC Gem on October 7) is a 6-episode TV drama meets coming-of-age meets supernatural thriller based on Eden Robinson’s 2017 Scotiabank Giller Prize finalist and 2020 Canada Reads nominee, Son of a Trickster. Co-created by award-winning filmmaker Michelle Latimer and Tony Elliott, there’s nothing else like it on television. It features Joel Oulette as Jared, a 16-year-old from Kitimat, B.C. who is trying to keep his dysfunctional, irresponsible family afloat through somewhat questionable means (like making and selling ecstasy) while learning more about himself and his lineage through talking ravens, skin monsters (human-like creatures that look like they’ve had all their flesh removed), mysterious voices and magic. (Plus, true story: While watching the show, I heard a caw from outside of my window, and was immediately spooked…)

Here’s 6 reasons why you should watch Trickster.

It brings Indigenous storytelling into the mainstream

How awesome is that? It’s not often that we get to see so many Indigenous people involved in so many stages and aspects of a show. The book was written by Robinson, a Haisla-Heiltsuk woman, and is based on contemporary pop culture as well as Haisla and Pacific northwestern Indigenous cosmology. It’s co-created by Latimer, a Métis-Algonquin woman, and it’s filled with Indigenous actors such as Oulette, Crystle Lightning, and Kalani Quepo, to name a few. For years Indigenous creators have been fighting for larger representation on and behind the screen, and Trickster delivers that—it’s part of a larger Indigenous renaissance where artists are finally getting the recognition and spotlight they deserve. 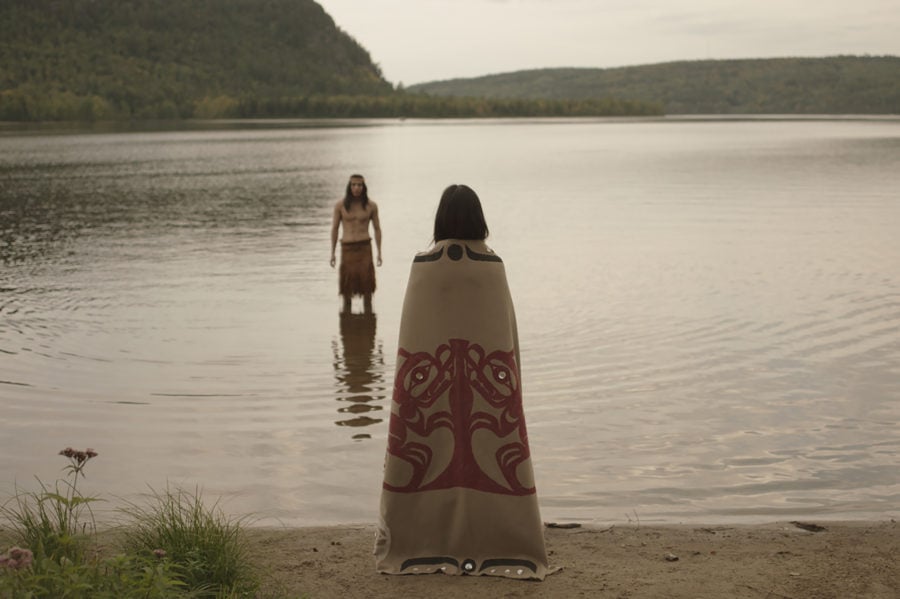 The show offers its own twist on a beloved book


You’re getting twice the story for half the price? Kinda. Trickster does a great job of synthesizing the nuance and tiny details Robinson uses in the first half of the book to set the scene for what Jared’s life was like and how it got to where it currently is, all into one episode. It ups the drama and speed—once you start watching, you won’t want to stop. If you’ve read the book—which you should!—it’s fun trying to pick out what’s changed: In Son of a Trickster, Jared makes and sells marijuana cookies and is nicknamed Cookie Dude, but in an interview Robinson explains that that detail had to change after legalization because selling marijuana cookies is not that big of a deal anymore. So in the show, he makes and sells ecstasy.

It subtly addresses issues that affect Indigenous people in Canada

While focusing on Jared and his attempts to keep his family from falling apart, Trickster includes both historical and present-day depictions of what some Indigenous people in Canada are facing. You come out having learned something—without feeling like it’s been a history lesson. Sophia (Georgina Lightning), Jared’s grandmother, attended residential school and talks about the impact it had on her and the intergenerational trauma that followed, affecting her entire family. Sarah (Anna Lambe), Jared’s love interest, is in the foster care system and talks about trying to find her birth parents while jumping from foster home to foster home. The northern B.C. town is currently torn apart by a pipeline debate, with one side for jobs, and the other for protecting the land. It touches on these complex issues while staying focused on the main storyline. 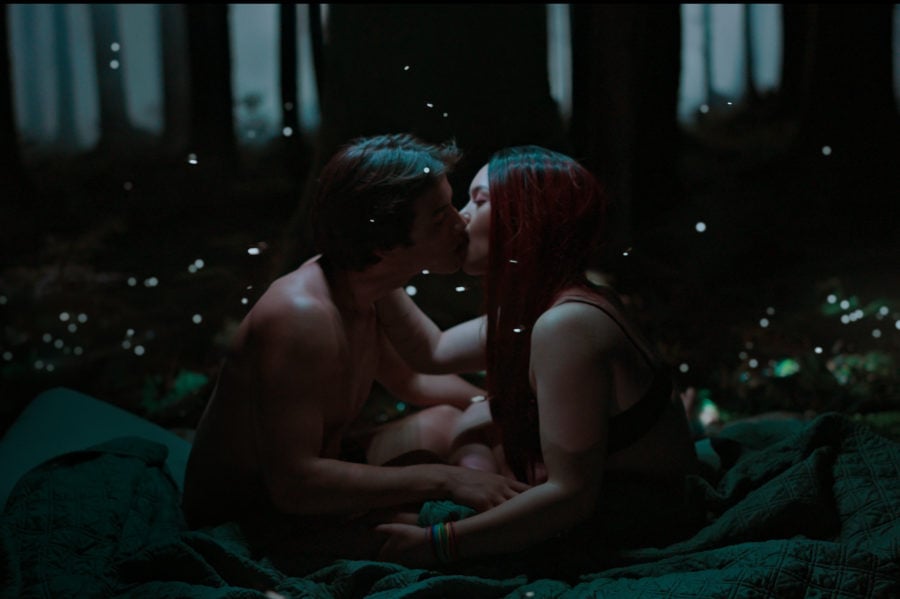 Trickster has an incredible collection of characters who play and bounce off of each other well. Jared is a young provider more concerned with keeping his family afloat than taking care of himself while navigating an ever-changing, increasingly magical world. Crashpad (Nathan Alexis) is the kind of sidekick friend everyone deserves who, no questions asked, supports his friend and provides the occasional, much-needed comic relief. Maggie (Crystle Lightning) is the doting mother struggling with undiagnosed mental health issues and dependence on drugs and alcohol who would do anything for her son; and Wade, the absentee father with 532 children whose carefree, nonchalant attitude is the cause—and perhaps solution—for many of Jared’s problems.

Just in time for October and Halloween, Trickster provides a break from the stereotypical fright-inducing sights like ghosts and horror, and plays with your mind instead. From skin monsters ravaging through the neighbours’ trash in the middle of the night, and doppelgängers attacking their lookalikes, to talking ravens, and mysterious voices—the universe depicted in Trickster makes you question what else is really out there.