The show, available March 25, centres on the Japanese occupation of Korea in the early 20th century. 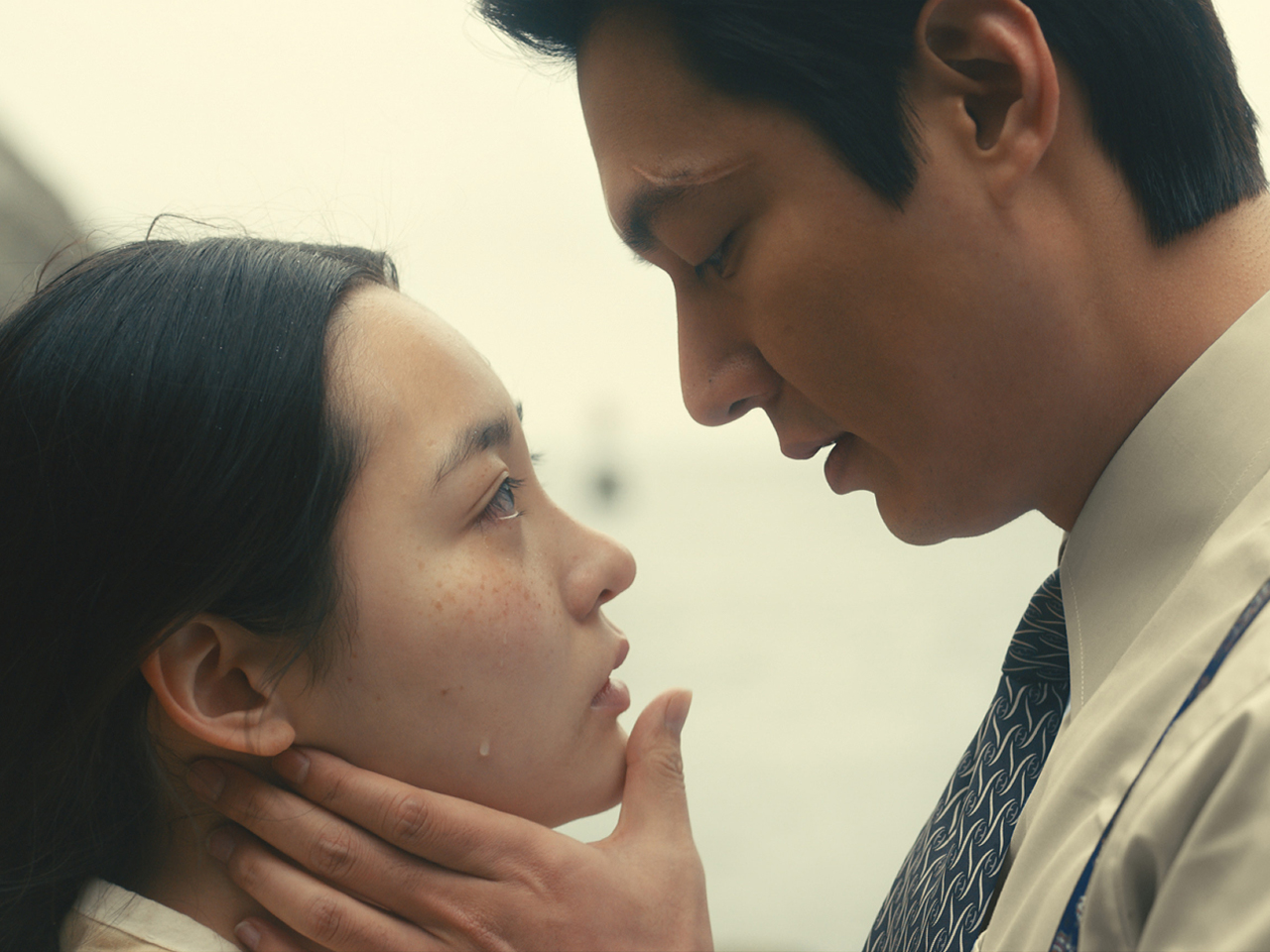 There is something equal parts poignant and troubling about watching the small-screen adaptation of Pachinko, Apple TV+’s new series based on Min Jin Lee’s award-winning 2017 novel of the same name. The show, available March 25, centres on the Japanese occupation of Korea in the early 20th century. With themes like imperialism, displacement and erasure, the epic saga strikes particularly hard as part of world history attempts to repeat itself in Ukraine.

Pachinko follows the immigrant experience and spans nearly a century, 4 generations and 3 countries—Korea, Japan and the U.S.—in eight episodes. What makes the series particularly remarkable is that the atrocities of Japan’s colonization of Korea and the heartache of post-colonial life in Japan for ethnic Koreans are brought to Western and international audiences in ways no Hollywood studio has done before.

In the TV adaptation, three actors share the role of the main character Sunja at different stages of her life, including the Oscar-winning actress Youn Yuh-jung, who plays the elder Sunja. But the breakout star is newcomer Kim Min-ha, who gives teenage Sunja a stoic strength and holds her own against South Korean superstar Lee Min-ho, who plays her lover Hansu. Along with gorgeous cinematography and a soaring soundtrack, the series is multilingual. The subtitles are cleverly colour-coded to distinguish between Korean and Japanese dialogue and could open doors for new forms of non-Western storytelling in TV and film.

For a richer, deeper understanding of Pachinko, here’s a quick primer on what you need to know before hitting the play button.

The Japanese occupied Korea for decades

Between 1910-1945, Japan colonized Korea in a brutal occupation, forcibly taking people’s lands, homes, foods and freedoms and banning the Korean language and culture in schools. The colonized were forced to pledge allegiance to the Japanese emperor, and hundreds of thousands of Koreans were sent to Japan to fight alongside the Japanese army during the Second World War. In 1965, the two countries signed a treaty to normalize relations.

But in the decades since, diplomatic spats about reparations for the South Korean women forced to become sex slaves for the Japanese army (more on that next) and long-running territorial disputes over Dokdo Islands have continued to strain relations. More recently, Japan announced plans to nominate a former gold mine on Sado Island as a UNESCO World Heritage site where Koreans were forced into hard labour during wartime, drawing objections from the Korean government.

This is what makes the glib comment from American bank executive Tom Andrews (Jimmi Simpson) in episode two of Pachinko, set in 1980s Tokyo, about relations between Koreans and Japanese so much harder to swallow. “Why can’t people get over that? It’s in the past. It’s done.” For the ever-dwindling number of survivors, their direct descendants and ethnic Koreans living in Japan today, their trauma is still ongoing.

Korean women were forced into sexual slavery for the Japanese army

There is one glaring and disappointing omission in the series that left me perplexed. Early in the series, we meet Bokhee and Dokhee, poor sisters who work with Sunja and her mother at the boarding house during the early years of the occupation. In the TV adaptation, their fates are glossed over in cryptic detail in what could be a disservice to viewers who may be unfamiliar with the tragic history of the estimated 200,000 women—some as young as 14—who were forced into sexual slavery. While most were from Korea, women from Singapore, Philippines, Vietnam, China and Taiwan were also kidnapped or lured by false promises of work, only to be raped repeatedly in military brothels which were set up as a war strategy to “satisfy” the men’s sexual appetites. Japan called them “comfort women,” a euphemism belying their horrific fates.

In the book and TV adaptation, the sisters are approached by a man who offers them factory work in Manchuria. But while the book also makes veiled allusions to the atrocities that awaited them, the screen adaptation skims over these details when Bokhee, the elder sister, and Sunja reunite in Korea as elderly women. Astute viewers may perhaps be able to read between the lines thanks to the masterful and nuanced performance of the elder Sunja (Youn), whose breath quickens as Bokhee recounts how they returned to Korea after the war having changed so much. In the TV version, Dokhee takes her life following their return.

Today, the number of “comfort women” continues to dwindle, and many have died before being able to get the reparations they sought from the Japanese government. As of last summer, only 14 of the 240 registered survivors of Japan’s wartime brothels were still alive in South Korea, according to Reuters. During his tenure, former Japanese Prime Minister Shinzo Abe repeatedly denied that women were forced into sexual slavery, suggesting they were prostitutes. And in 2014, Abe’s government requested that U.S. publishing house McGraw-Hill Education revise passages in a textbook that described the brutality of Japanese forces towards the women. McGraw-Hill rejected the request.

Screenwriters took major liberties in the TV adaptation, but the most surprising and important revision occurs in episode seven, which is devoted to the backstory of Hansu. At the heart of this new subplot is the devastating Great Kanto earthquake of 1923, which levelled the Tokyo-Yokohama area and killed an estimated 140,000 people.

But for Koreans living in Japan, the true horror began after the earthquake, when Japanese vigilantes massacred innocent Koreans, falsely accusing them of revolting, setting fires and poisoning wells. An estimated 6,000 people were brutally tortured and murdered. In this episode, Hansu watches helplessly as the Japanese set fire to a house where Korean men are hiding. In a paper published in Anthropology Quarterly, Rice University researcher Sonia Ryang describes historic photos showing mutilated bodies, eyes, noses, and breasts gouged out.

Following Japan’s defeat in World War II, Koreans living in Japan, who are known as Zainichi Koreans, continued to be treated as second-class citizens, discriminated against in employment, education and housing. In order to survive, many concealed their Korean heritage and took on Japanese names. Eventually, pockets of resistance among ethnic Koreans helped launch the Zainichi civil rights movement. A century later, newer generations of Zainichi Koreans are relatively well integrated, but anti-Korean hate remains pervasive among far-right, xenophobic groups in Japan such as the Association of Citizens against the Special Privileges of the Zainichi.