Here's Everything That Went Down At The Royal Wedding, From Brilliant To Bollocks

Couldn't get up quite early enough? Here's what you missed. 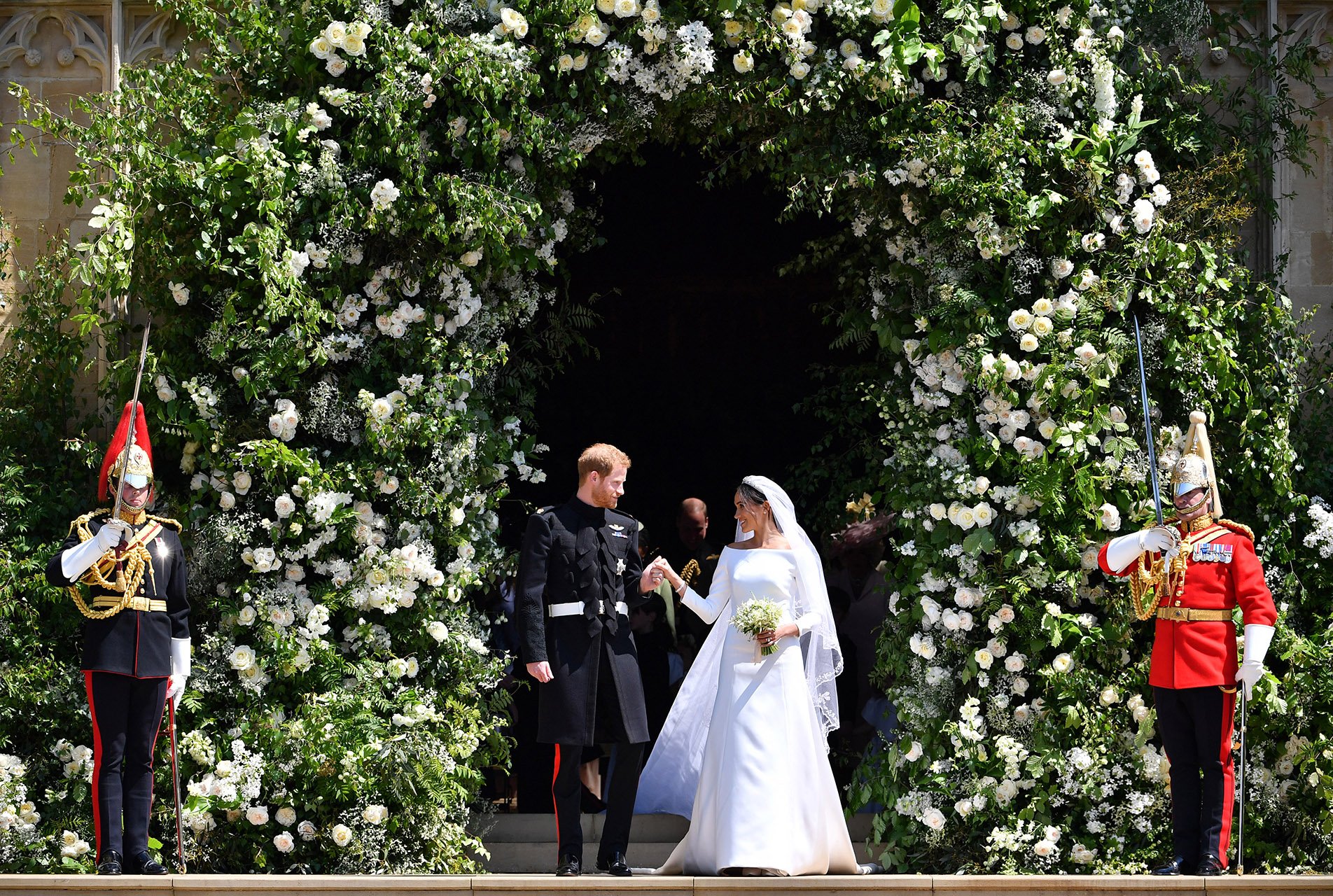 After months and weeks of anticipation — at last! — the royal wedding is upon us. Make that the royal wedding day morning — and if you were watching on this side of the pond it was a bloody early one. For those who slept past sunrise — here’s everything you missed, both the brilliant and the bollocks. 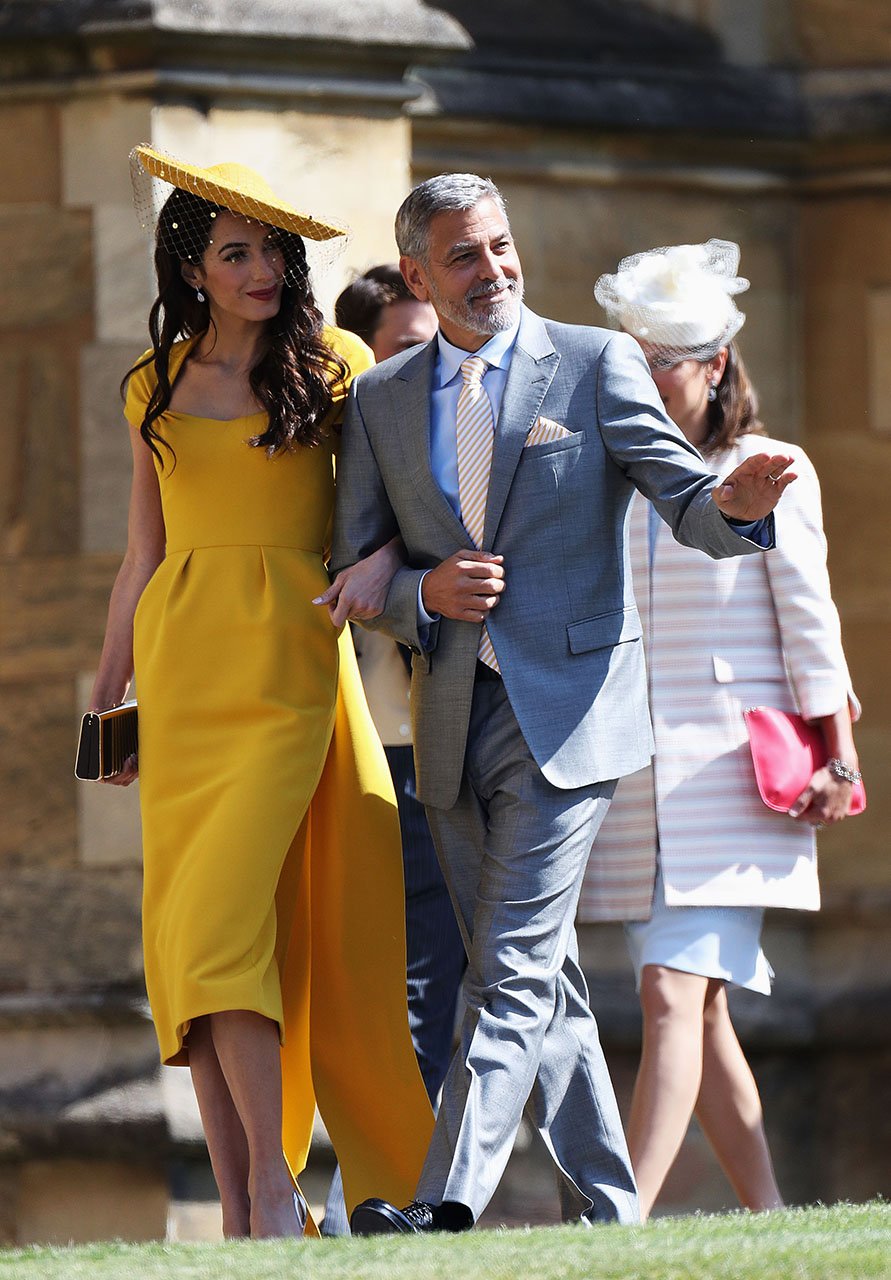 Brilliant!
Amal Clooney in bright yellow
The human rights lawyer gets our pick for best dressed in electric mustard by Stella McCartney. (Her arm candy was pretty good, too.) It’s unclear what the relationship is between the Clooneys and the royal couple — but they were sitting on the bride’s side, so presumably the connection is through Meghan. 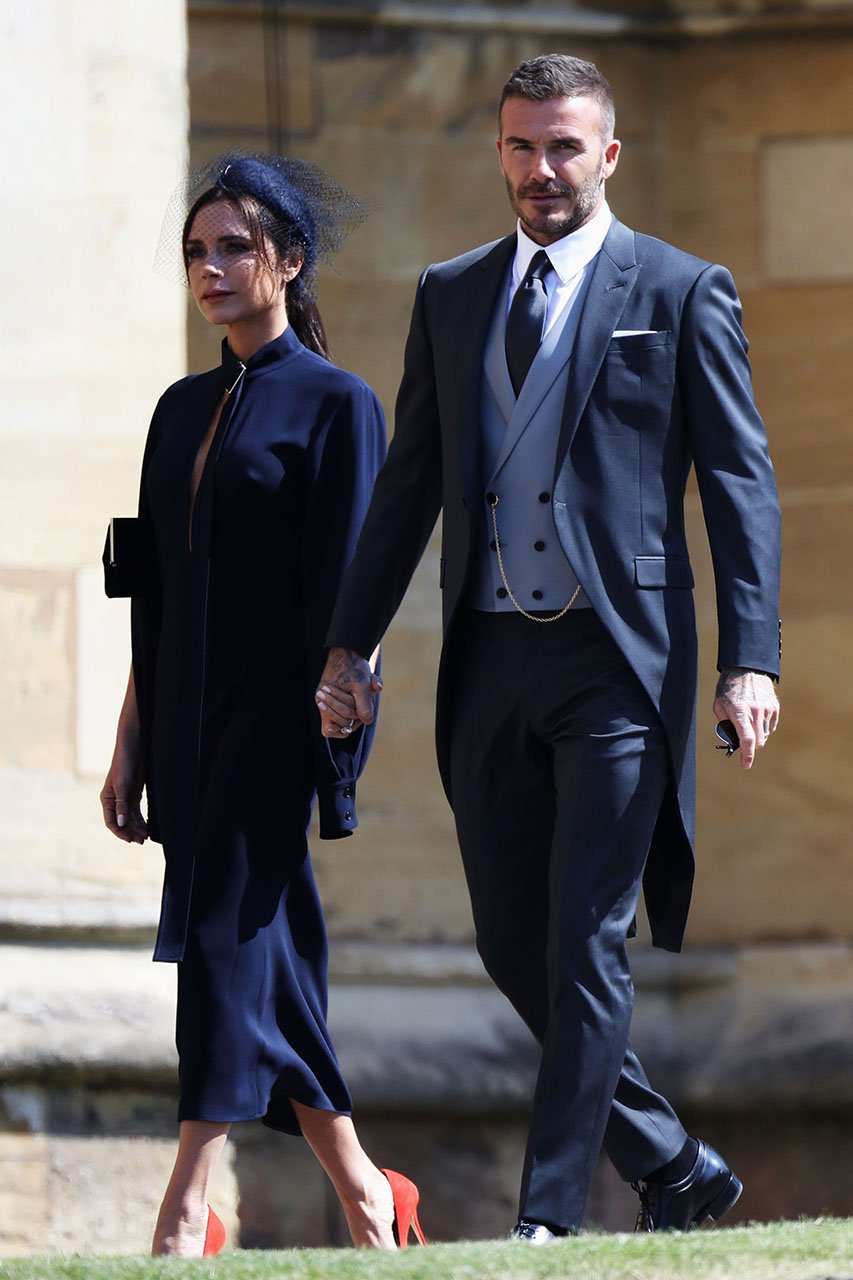 Bollocks!
Victoria Beckham in funeral finery
What it is about a royal wedding that makes Posh think it’s time to go gloomy-chic? She did the same thing at Wills and Kate’s wedding in 2011. Particularly perplexing since she’s not normally known for dowdy dress. 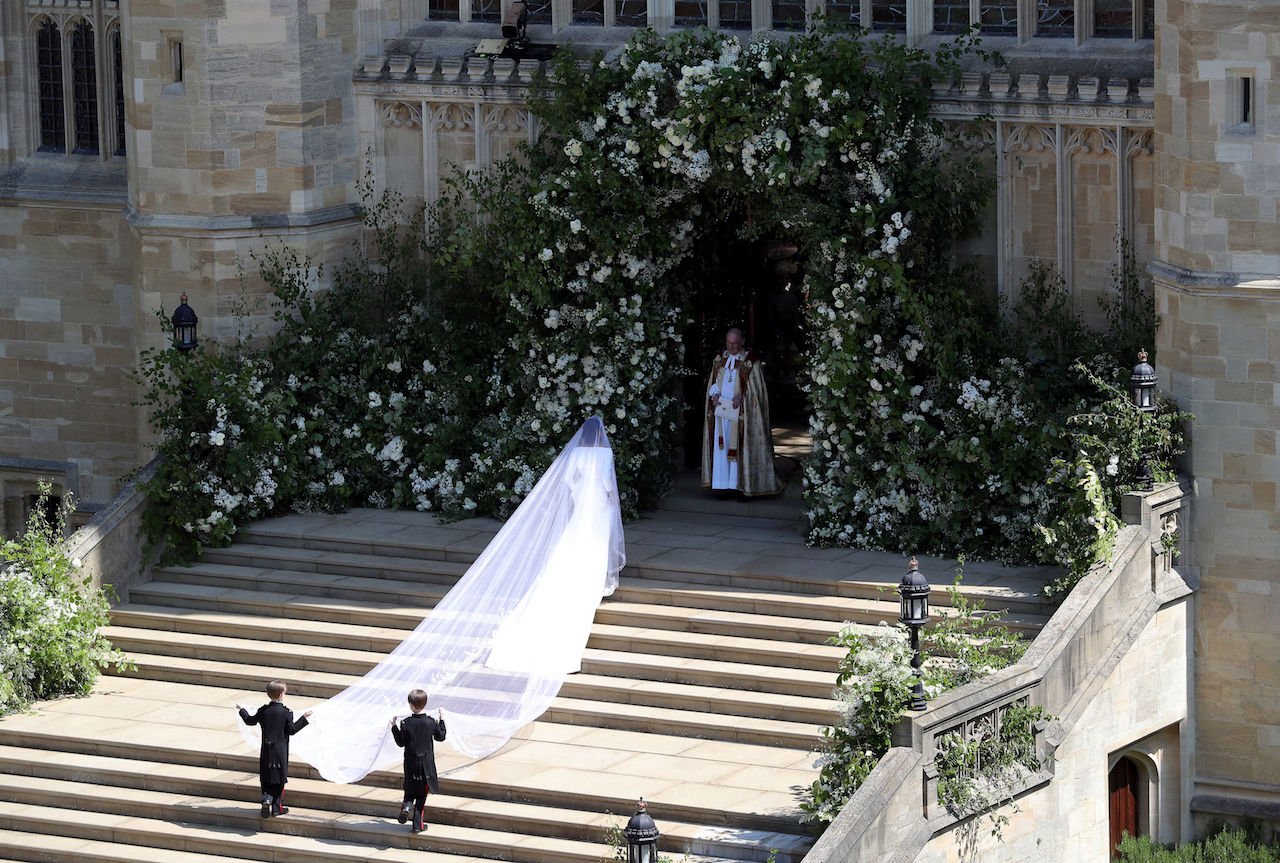 Brilliant!
The Mulroney twins holding the veil
The wedding party included a future king (Prince George) and a princess (Charlotte), but the two royal tots took a back seat to John and Brian Mulroney, the twin sons of Ben and Jessica Mulroney, who held the bride’s veil. Chalk one up for the commoners! Make that two.

Bollocks!
Charles walking Meghan down the aisle.
Sure, it’s a nice gesture what with all of the drama around Meghan’s own father, but given that her mother was in the room… 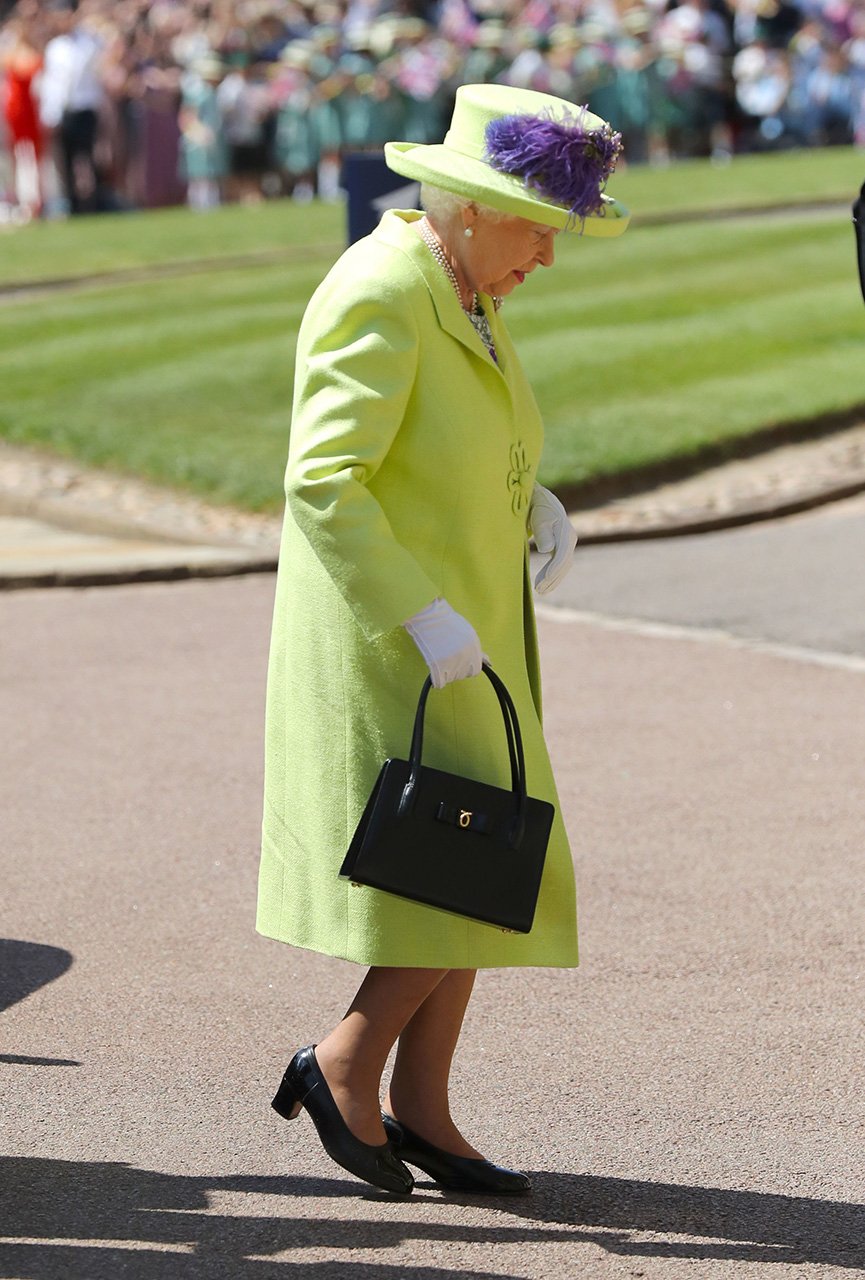 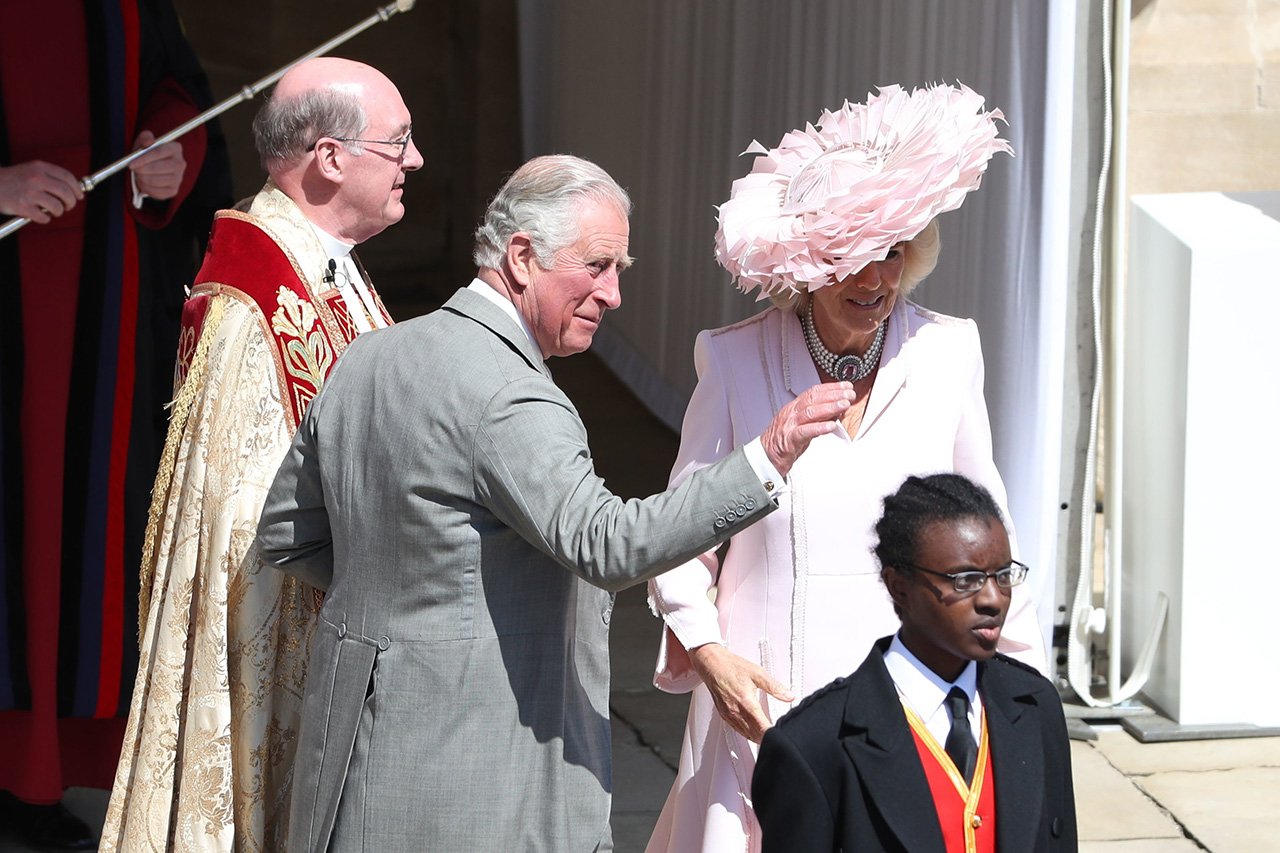 Bollocks!
Camilla’s hat
Serious question: How many flamingos were killed in the making of that feathery fascinator? 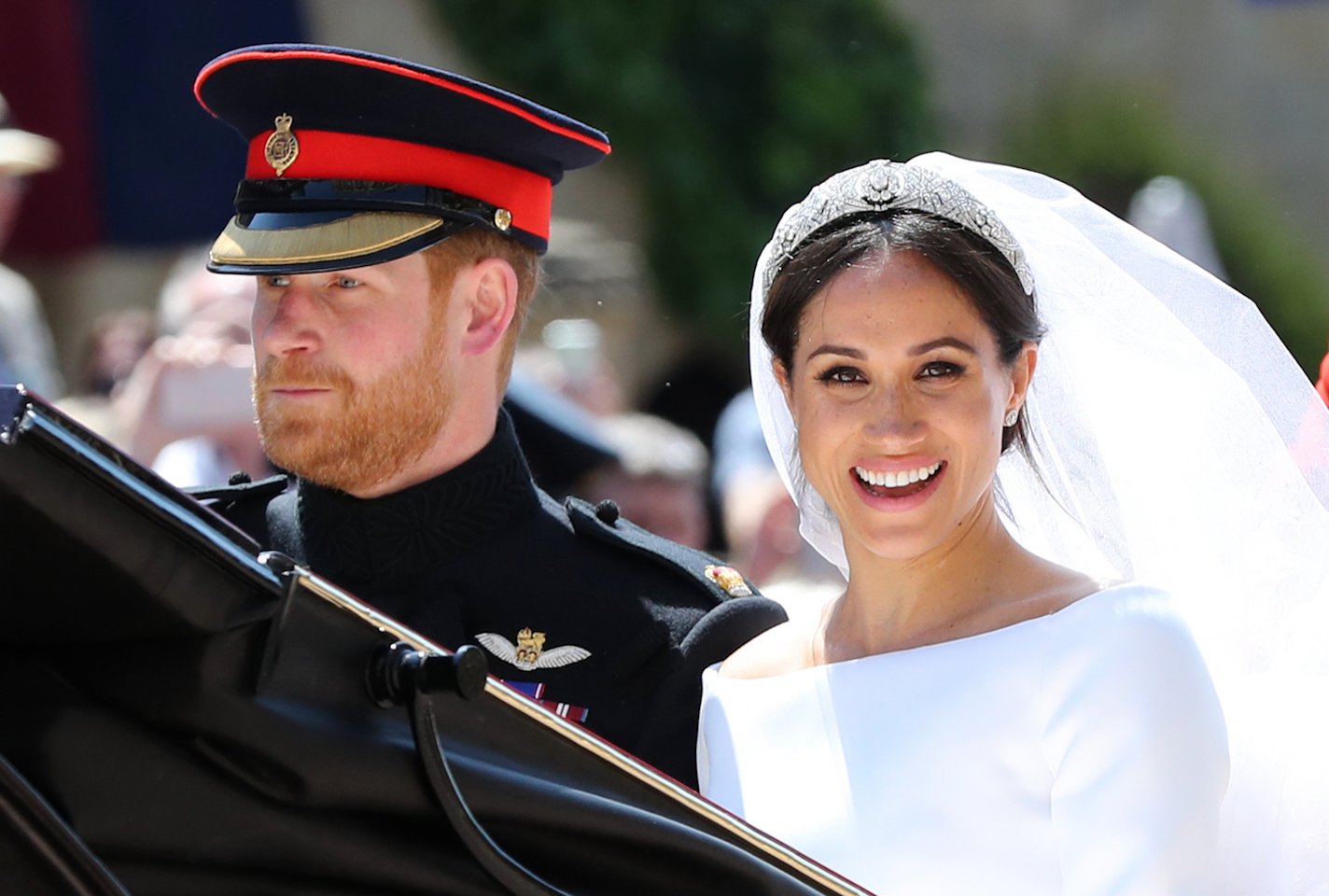 Brilliant!
Beard mania
There was a lot of chatter around whether Harry would shave for his wedding as a nod to formality. But in the end, the Ginger Prince decided to keep it authentic. And he wasn’t the only one. Whiskers on George Clooney, James Middleton and Meghan’s Toronto bestie Markus Anderson show that hairy (make that Harry) is the new smooth. 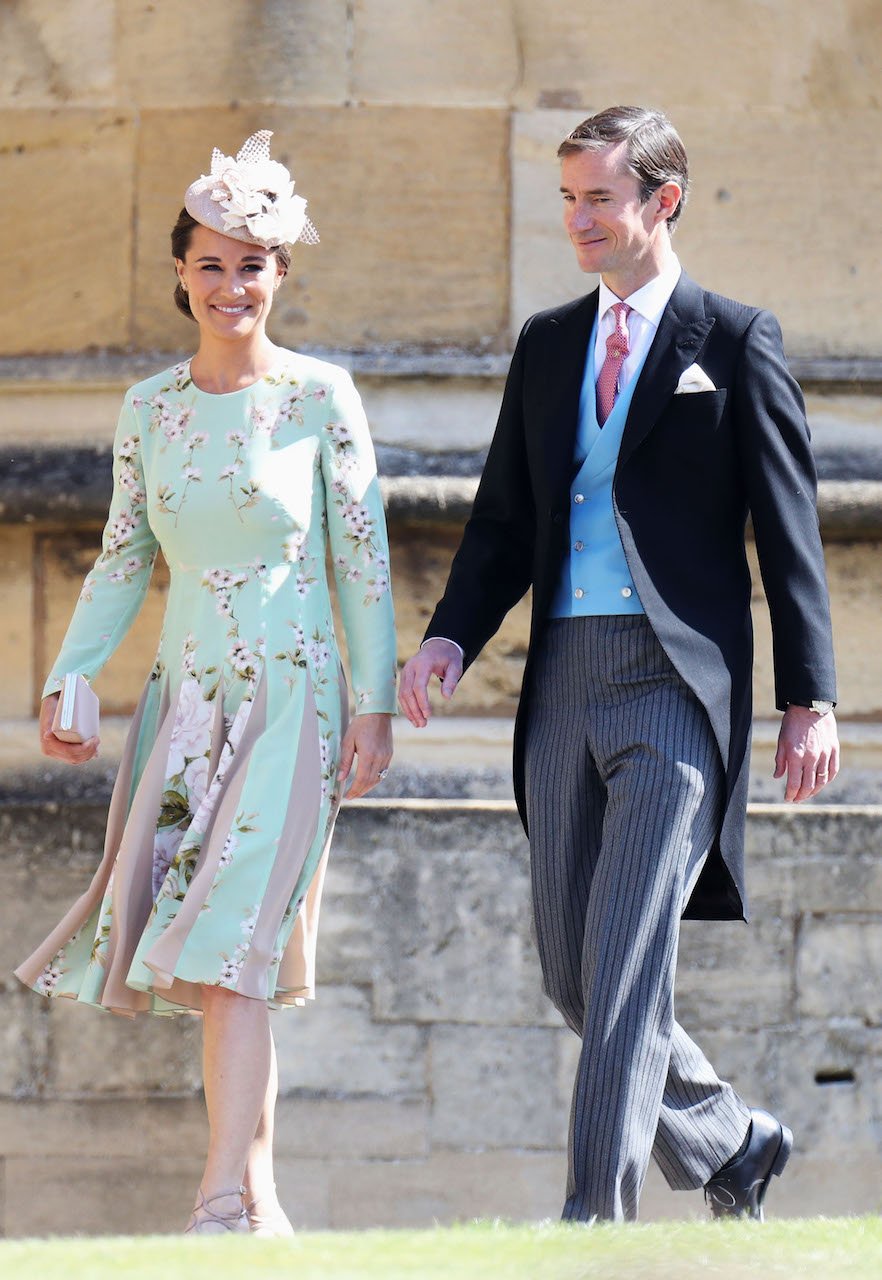 Bollocks!
Dusty pastel mania
A big no thanks to the number of wedding guests who went with dull and dusty hues (looking at you Serena Williams, Pippa Middleton, Oprah). Even her majesty wore neon and she’s in her ’80s. 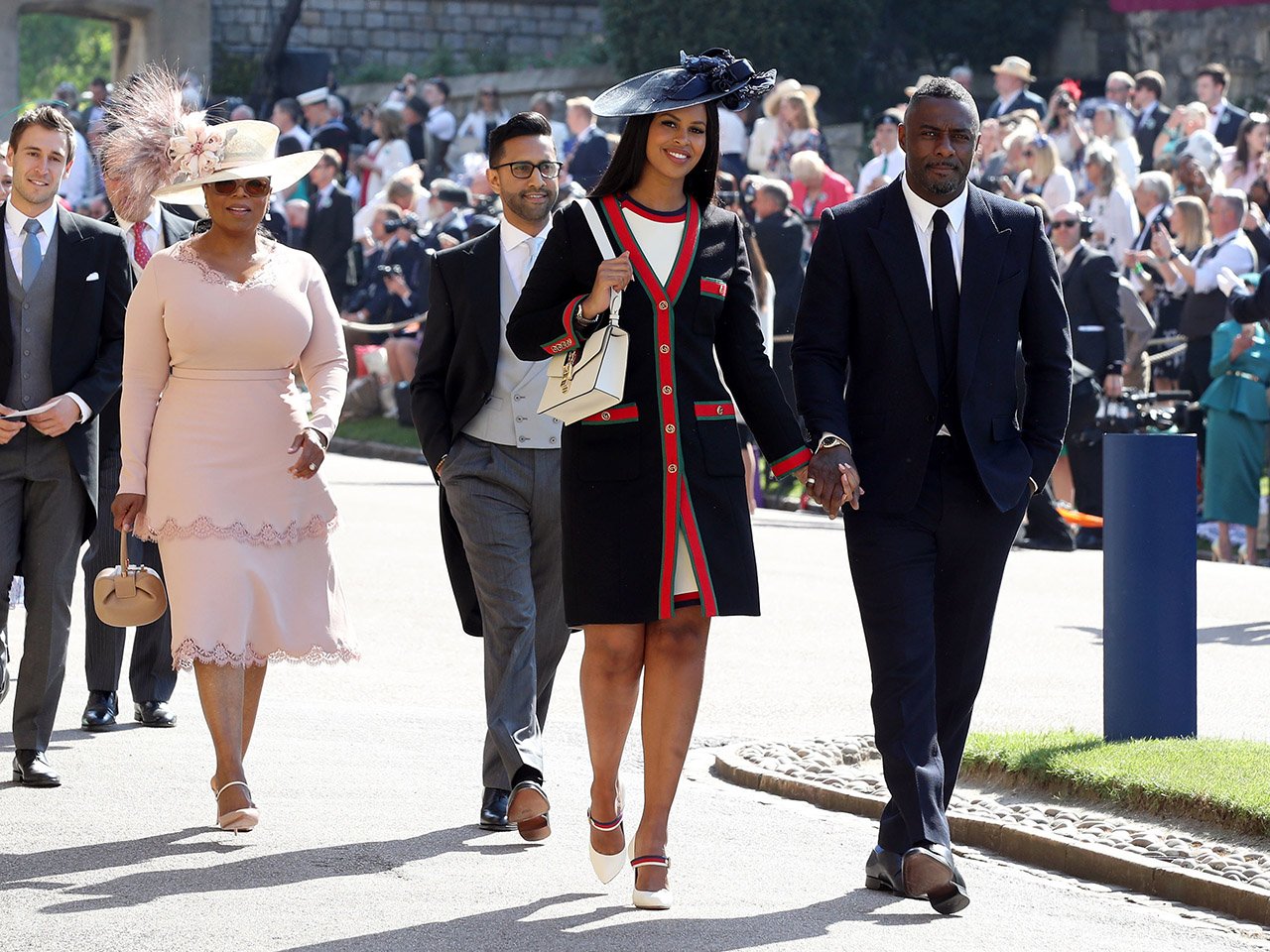 Brilliant!
Random celeb sightings
Not just the Clooneys, but Oprah! Tom Hardy! Carrie Mulligan! Joss Stone! Idris Elbaaaaaaaa! So fun to play spot the celebrity and speculate on how they know Harry and Meghan.

Bollocks!
No random Markle sightings
Was anyone secretly hoping that the wicked stepsister Samantha Markle might crash? 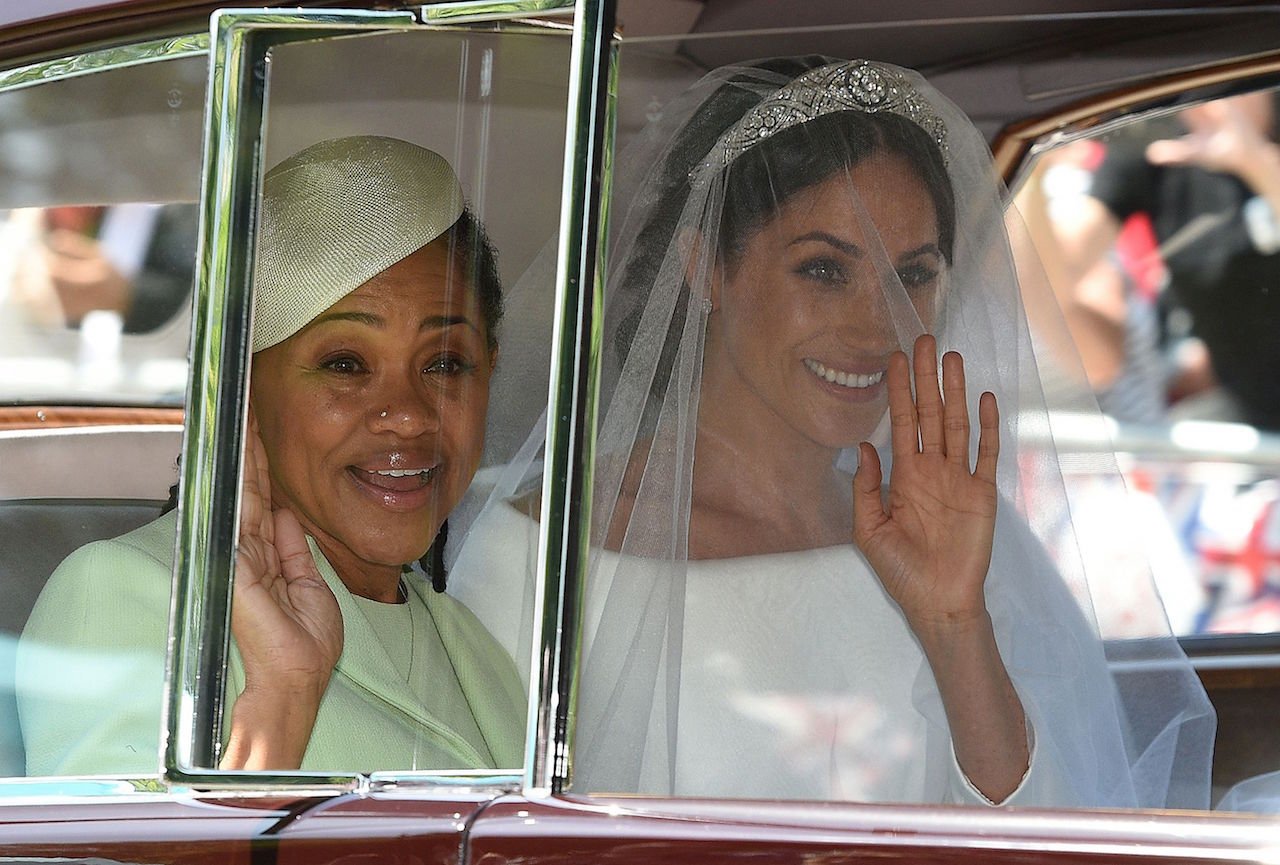 Brilliant!
Doria Ragland’s nose ring!
And her dreads! Both, presumably, royal wedding firsts and a huge statement about how she isn’t about to change herself to suit her daughter’s, shall we say, stuffier new in-laws.

Bollocks!
Doria Ragland’s seat
Did anyone else feel a little sad seeing Doria sitting all on her lonesome while the royal family were dozens strong across the aisle? It would have been nice for Meghan’s mom to get a plus one. 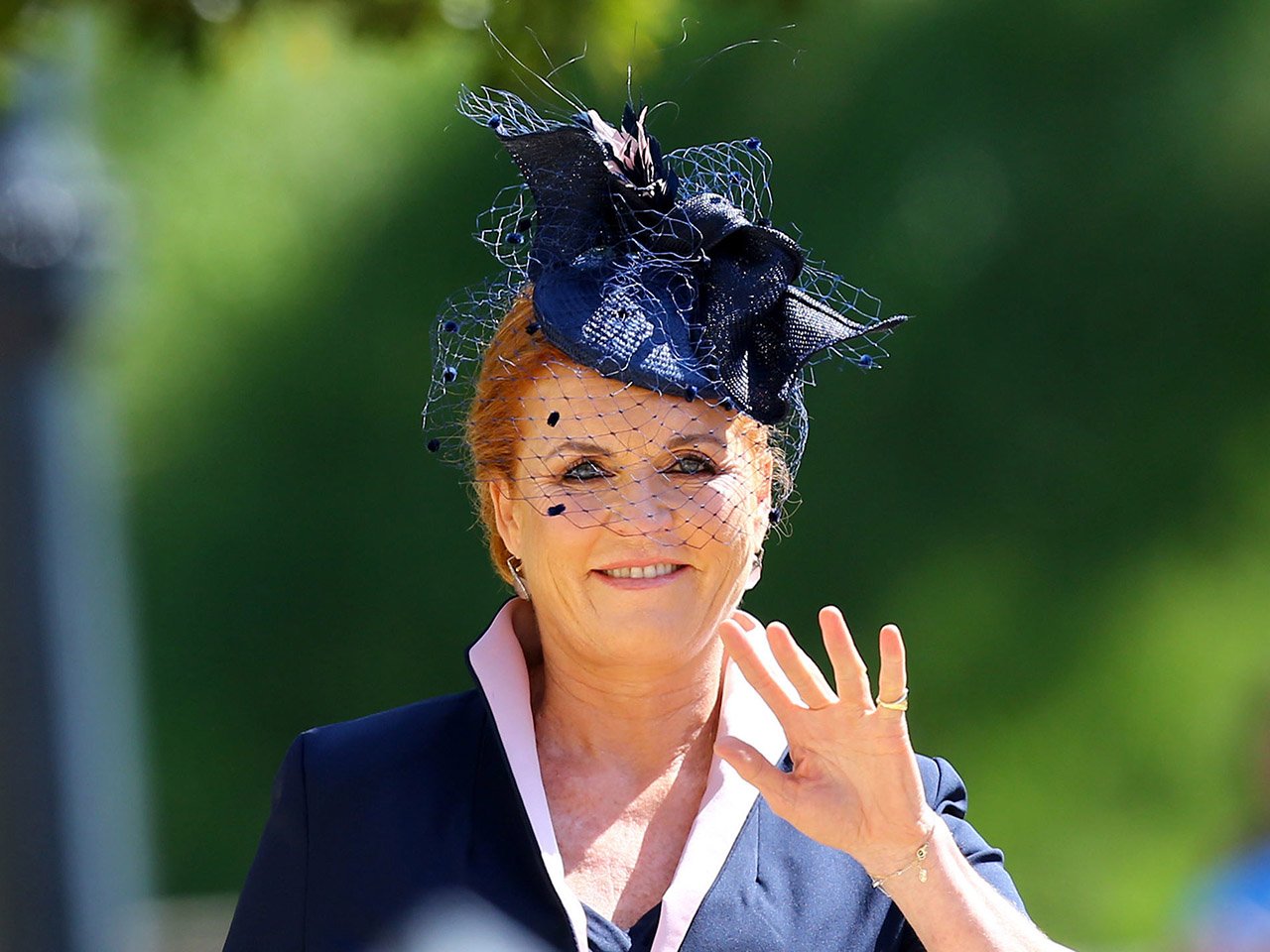 Brilliant!
Fergie makes the guest list
A number of news outlets reported that Harry’s aunt (and a true royal firecracker) had been snubbed, which felt pretty cold given her close relationship with Harry. 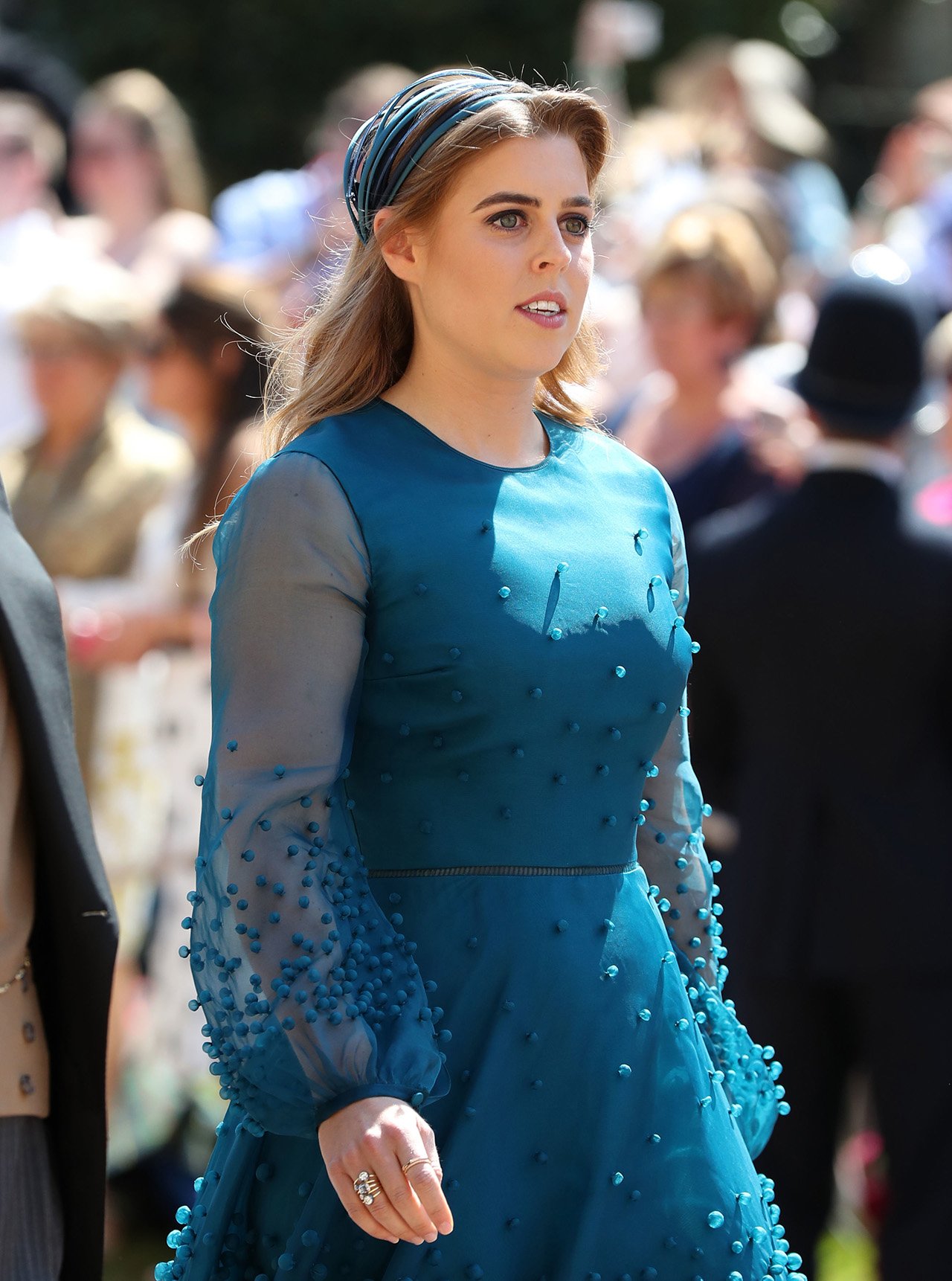 Bollocks!
Bea and Eugenie play it safe in the hat department
The hats Harry’s cousins wore to Will and Kate’s wedding were famously labelled a fashion crime. But this time around their caps were criminally boring.

Brilliant!
Major representation from the Suits cast
Meghan’s ex cast mates, including Gina Torres, Patrick Adams and Gabriel Macht, were there to cheer her on.

Bollocks!
The missing Spice Girls
Yes, we got Posh. But what of Baby, Ginger, Scary and Sporty? 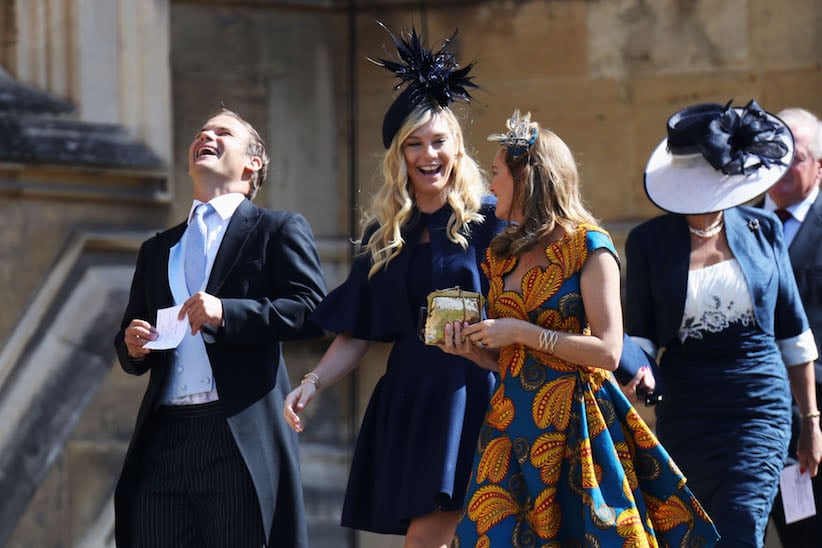 Brilliant!
Harry’s exes are both in attendance
Chelsy Davy and Cressida Bonas were there, which says a lot about the groom’s character.

Bollocks!
But apparently neither is invited to the reception, which means no drunken ex-girlfriend drama.

Bollocks!
The snooty British reaction to Curry’s sermon
Cameras caught a bunch of royals (Kate, Camilla, Eugenie and Bea, Zara Phillips) barely holding back their sneers and giggles. Which, OK, he did go on, but would it have killed the host family to show a little respect for their honourable guest? 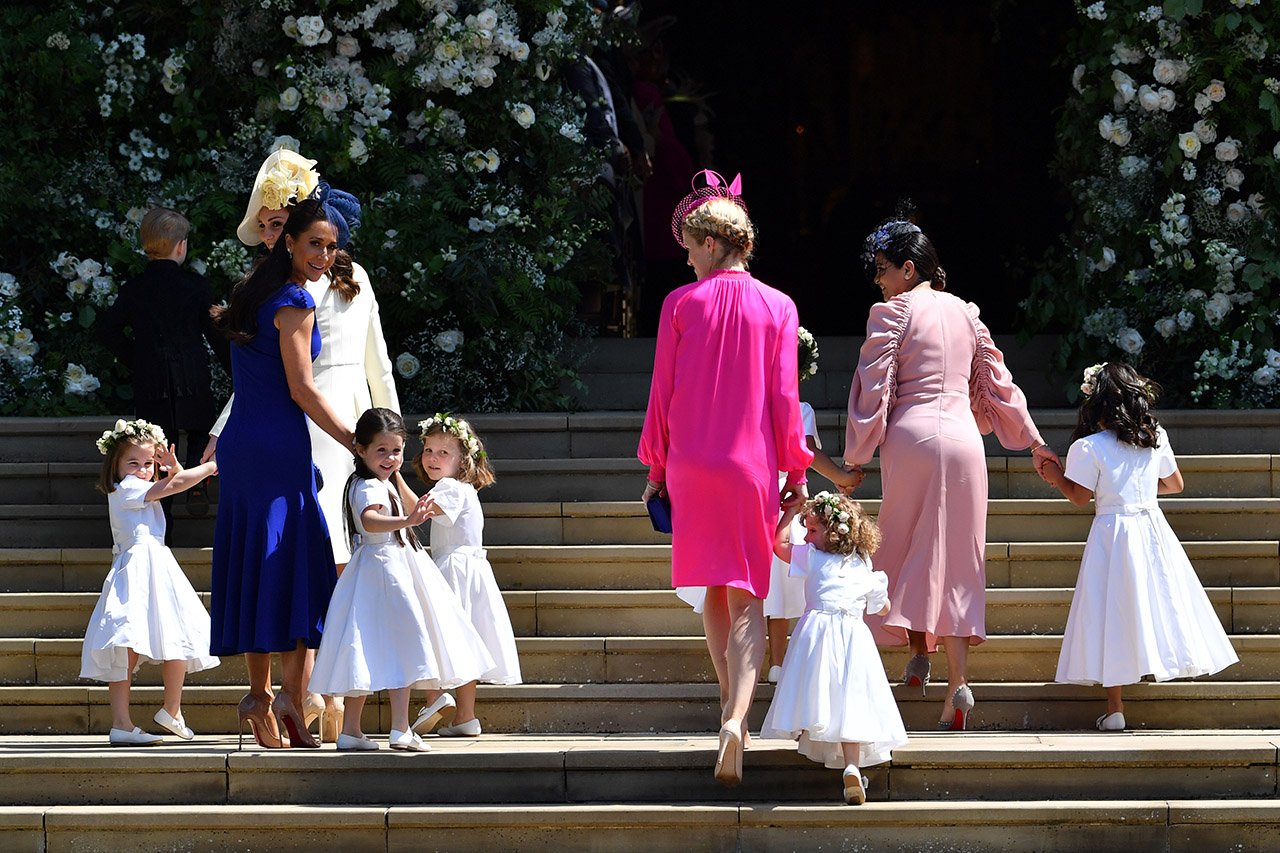 Brilliant!
The Mulroneys get top billing
Any closer and Ben and Jess would have been sitting at the altar. For those who wondered whether Meghan and Jessica Mulroney were really that close — apparently they are.

Bollocks!
But did Jessica get Kate’s cold shoulder?
Maybe we’re reading too much into this, but did Kate Middleton kind of snub Jessica Mulroney as they arrived with the junior bridal party?

Brilliant!
The gospel renditions of “Stand By Me” and “This Little Light of Mine”
The royal family got a (arguably much needed) session in soul.

Bollocks!
The snoozy instrumental interludes
Just a thought here, but having Elton John at a wedding an not getting him to perform Your Song seems like an opportunity wasted. 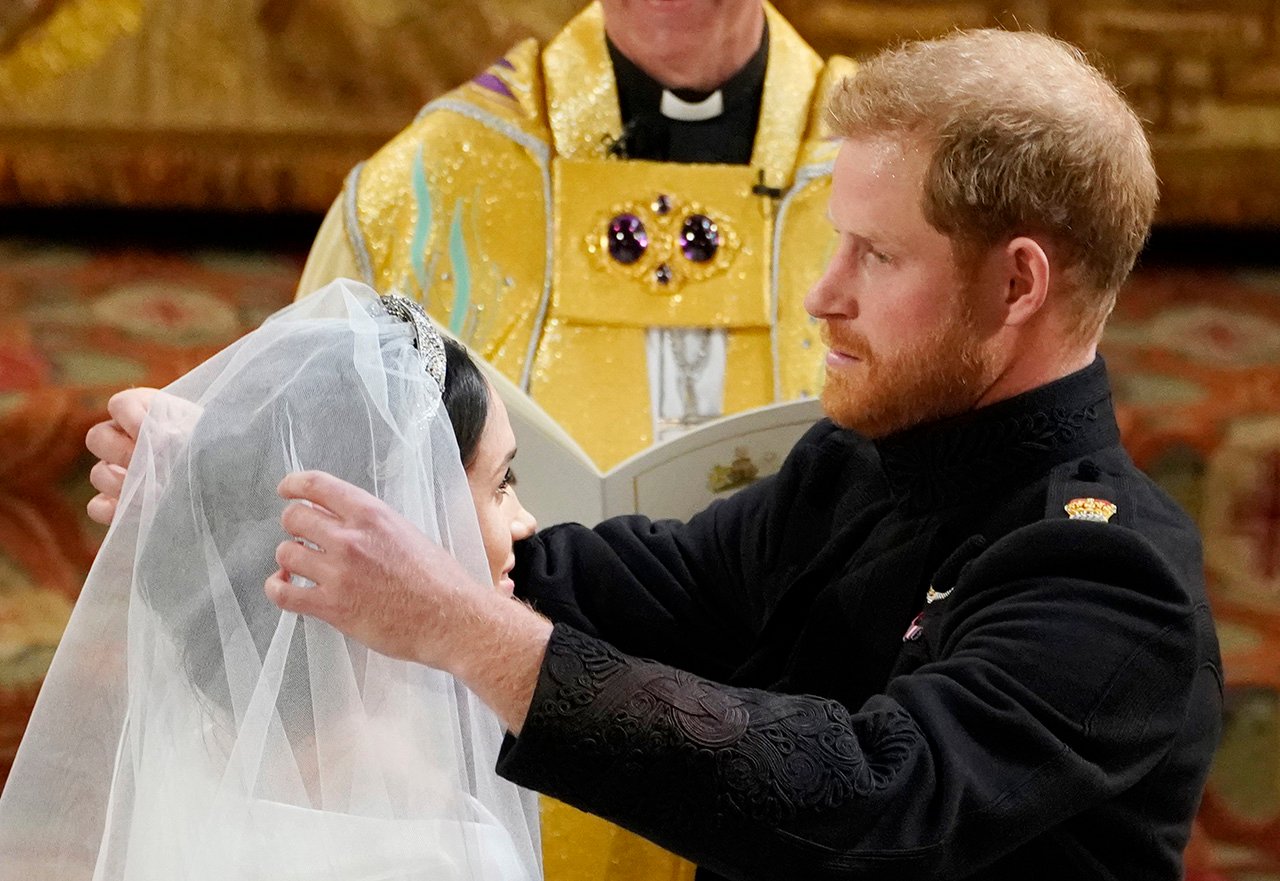 Brilliant!
She didn’t say obey
When the Queen married Prince Philip, she promised to “honour and obey,” but in their vows, Meghan and Harry followed Diana’s example and dropped the sexism.

Bollocks!
A weird bedroom reference during the ceremony
What on earth was up with the Dean of Windsor’s awkward reference to Meghan and Harry’s “sexual union”?

Brilliant!
Meghan’s veil
Sixteen feet long and embroidered with flowers from all 53 countries in the Commonwealth, the bride’s veil was the full princess fairy tale fantasy.

Bollocks!
But is the dress a little boring?
No question Meghan looked beautiful, but … is anyone else thinking the dress is a little … well … underwhelming? Sure, she’s a royal and a certain amount of modesty must be observed, but given all the lead-up the plain (and maybe ill fitting?) Givenchy gown felt kind of forgettable. (Suddenly Kate’s 2011 frock looks edgy by comparison.) 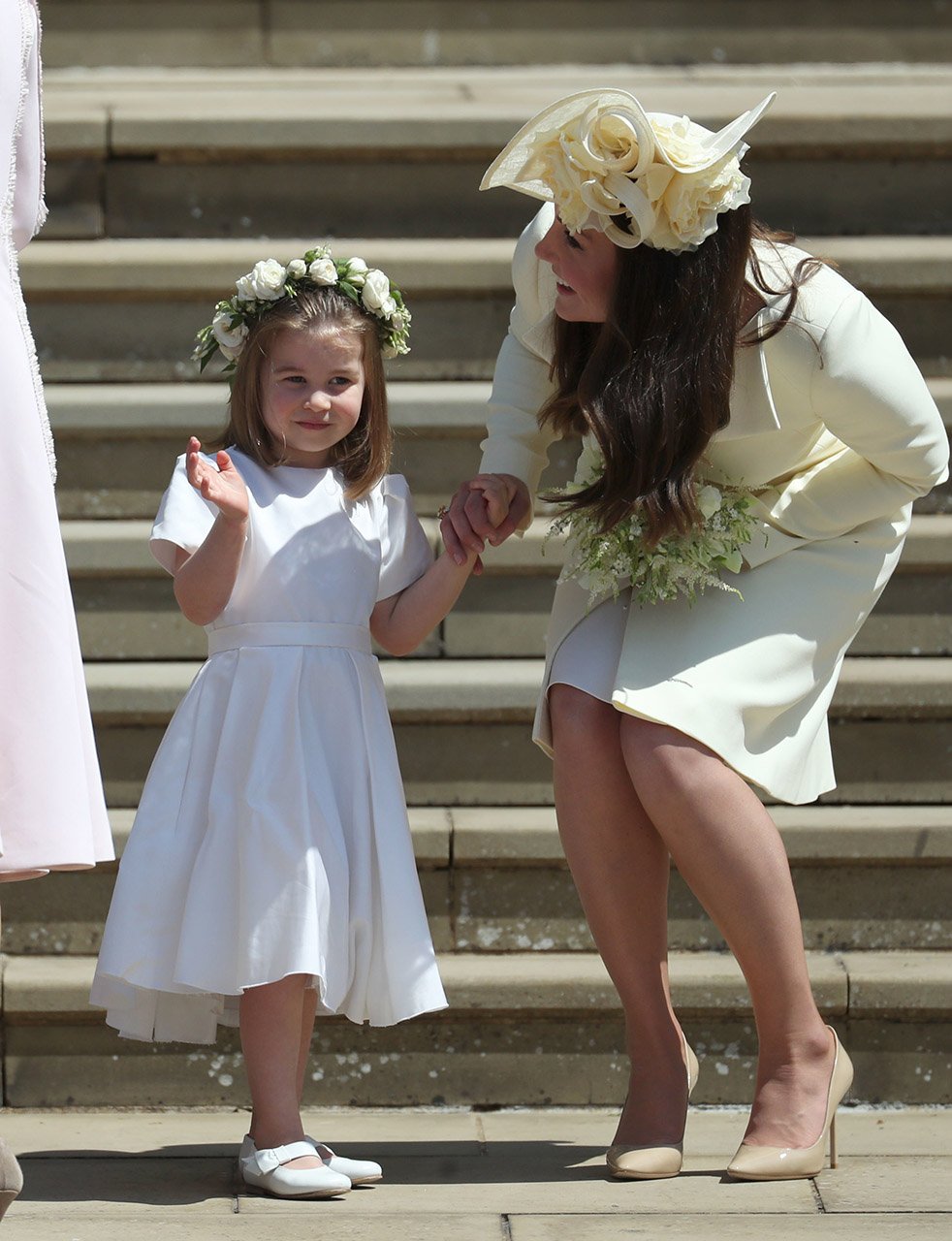 Brilliant!
Kate’s subdued wedding look
Not wanting to steal the spotlight, the future Queen wore a pale yellow coat similar to what she wore to Princess Charlotte’s christening and the Queen’s birthday party.

Bollocks!
The Queen’s recycled scowl
Come on, your Majesty. We know you’re happy. Maybe just for today you could ditch the stiff upper lip.