It's Impossible To Overstate How Badass Jennifer Lopez Is In Hustlers

Pete Davidson has nothing on this BDE queen. 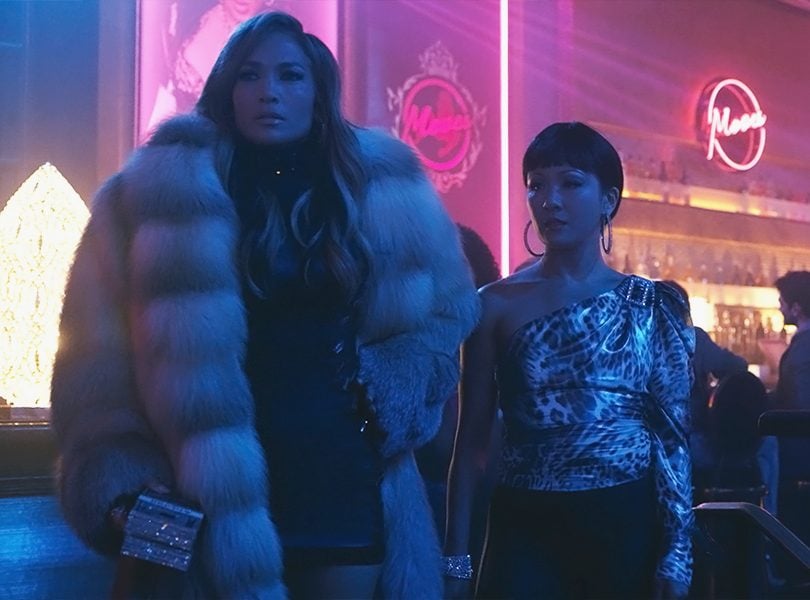 I didn’t think it was possible for actor/singer/business titan/forever fitspo Jennifer Lopez to become more of a boss. Then I saw Hustlers.

Premiering at the Toronto International Film Festival and hitting theatres on September 13, Hustlers tells the true story of a group of New York strip club employees who, after the 2008 recession, came up with a scheme to steal from their wealthy Wall Street clients. Think Robin Hood, but sexier and starring A-listers Lopez, Constance Wu, Lili Reinhart and Keke Palmer, with appearances by Cardi B and Lizzo. Lopez, who also produced the film, plays the crew’s fierce ringleader, Ramona, and watching her is like watching an hour-and-49-minute tutorial in BDE.

In case you already forgot, BDE refers to Big Dick Energy, a term first coined by Toronto writer Kyrell Grant in a viral tweet commemorating Anthony Bourdain. The descriptor later took on a life of its own when it was used to explain the mysterious allure of Pete Davidson. “BDE has less to do with confidence and more to do with personality and how you carry yourself. And you don’t need a dick to have it,” Grant told The Guardian, citing Beyoncé as “the pinnacle of BDE.” And I’d argue that Lopez is a close second. 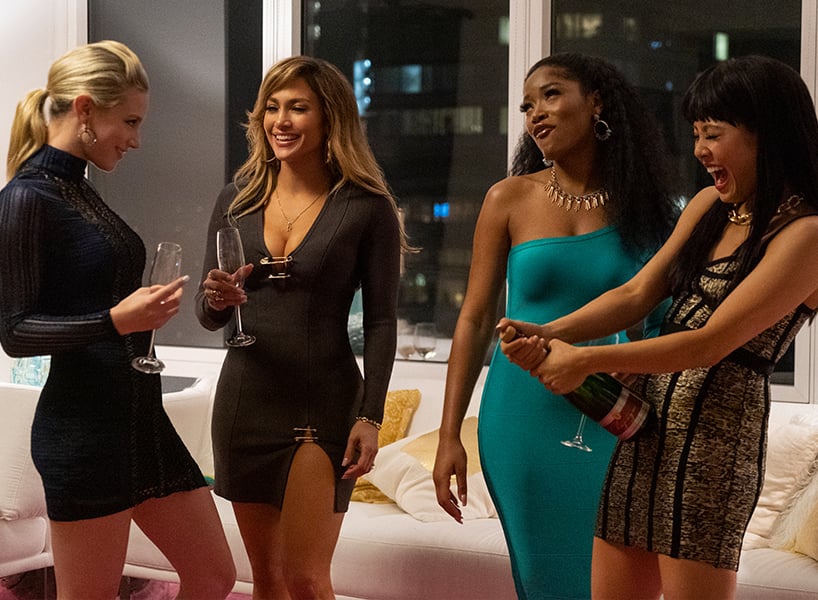 Make no mistake, Lopez has always carried herself with a certain level of BDE, but her performance as Ramona in Hustlers takes it to the next level. Despite being a flawed character (I mean, she did break the law), Ramona feels flawless—and not just because at 50, Lopez somehow looks like a fierce 30, and has more ab definition than I thought humanly possible. Based on Grant’s definition of BDE, it’s not just about Ramona’s confidence throughout the film, it’s about how she pulls off nearly everything. She gives off the vibe of having all the answers to the point that it feels like her whole crew is operating under the motto: WWRD, What Would Ramona Do? That level of admiration isn’t just because Ramona’s the top dancer at the club, but also because of the powerful way in which she carries herself. There are too many scenes to count where just the sight of her—whether she’s sitting on the strip club’s rooftop wearing a rhinestone G-string bodysuit and a giant fur coat or walking down the street in a black hoodie—made me gasp in admiration. Seriously, there’s a moment where she stepped through a curtain and I think I stopped breathing.

HUSTLERS: if anything Jennifer Lopez is not being hyped enough

I saw #Hustlers weeks ago, and I’ve been dying to tell you: at one point of Jennifer Lopez’s first scene, my soul left my body.

But to me, her character’s BDE isn’t just about her ability to steal every scene. It’s about her always-be-hustling personality and how she uses her presence to better the lives of the women around her. It’s a character trait that feels particularly poignant given that this is a story about women, originally reported by New York Magazine’s Jessica Pressler and subsequently written as a screenplay that was directed by Lorene Scafaria and brought to life with a nearly all-female crew. It’s also been heralded for adding much-needed depth to Hollywood’s portrayal of strippers by telling the story from the perspective of the dancers themselves. All of these factors make this film a standout before it even begins, especially since last year, only 39 out of the top 100 films had a woman in the lead role, according to USC’s Annenberg Inclusion Initiative. Of those films, only 11 of those women were from an underrepresented racial or ethnic group and only 11 were 45 years old or older.

“This game is rigged and it doesn’t reward people who play by the rules,” Ramona says. But with Hustlers, Lopez is straight-up ignoring the old rules that dictate who gets to be in front of the camera—and it’s earning her Oscar buzz.

With all the Oscars buzz for @JLo in #hustlers, here’s an unbelievable statistic. No Latina actress has won the Oscar for best actress. Only four have been nominated (Fernanda Montenegro — at the 71st Oscars — followed by Salma Hayek, Catalina Sandino Moreno, Yalitza Aparicio).

Hustlers’ Big JLo Energy is all about ownership over what women are capable of—something that I personally find is often stifled by crippling imposter syndrome. In one of the early scenes, Ramona is showing Destiny (Wu) some of the pole dancing basics (which are seriously not basic). As she spins around the pole and contorting her body as if she’s not literally defying gravity, Destiny says what we’re all thinking: “What if you don’t have muscles to do that?”

Ramona’s response is swift. “Every girl has muscles to do this,” she says. And trust, in Hustlers, Lopez is flexing them.