A sharp combination of daily humiliations and non-PG humour is what keeps Workin' Moms fans coming back for more. 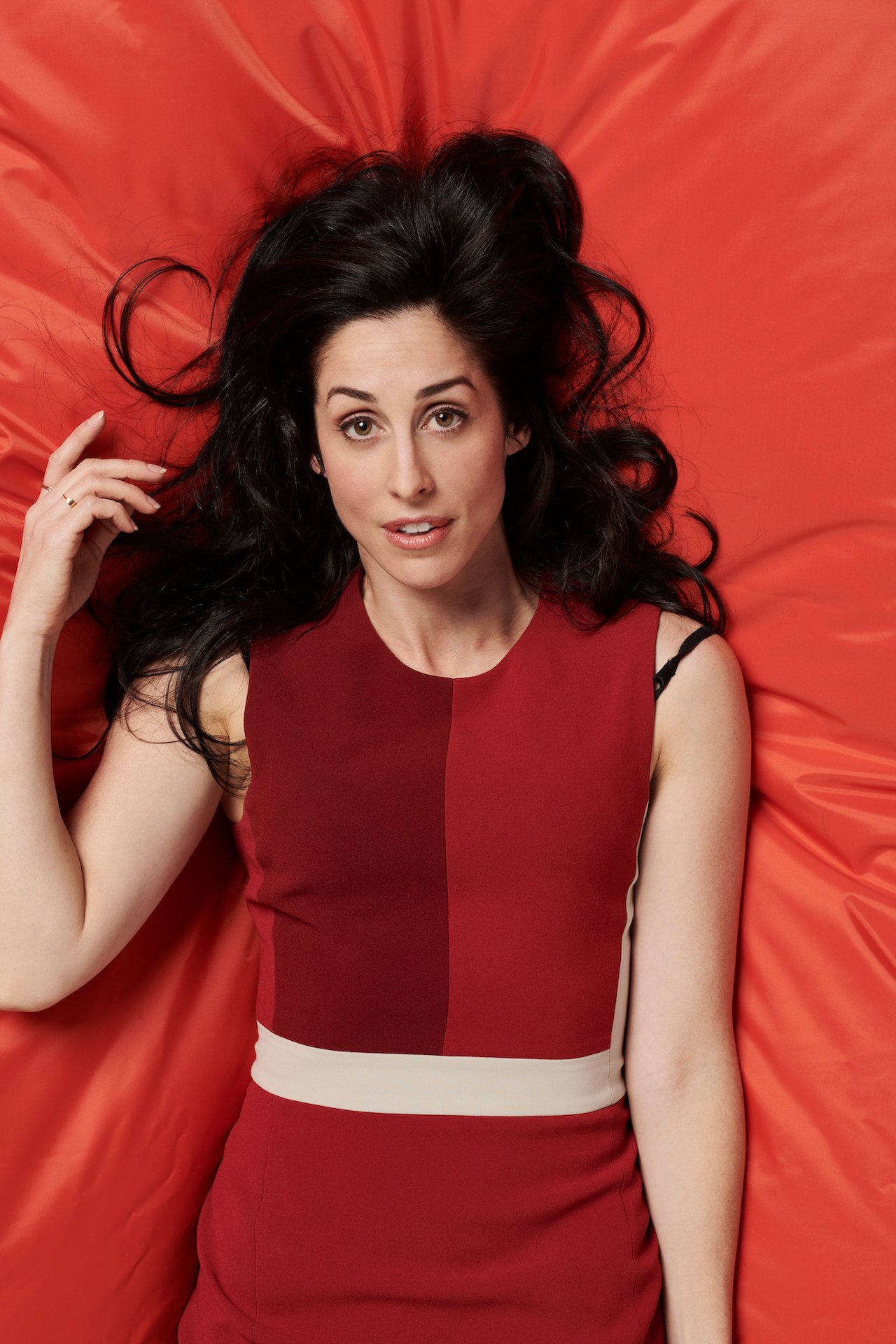 When loyal viewers left CBC’s comic drama Workin’ Moms at the end of season two, Kate’s husband Nathan was caught canoodling with the nanny moments after he and Kate screwed madly in the bathroom. Now Kate is pregnant with their second child and Nathan is a rotten bastard. Whoops!

It sounds like a soap, and while the drama in the womens’ lives — cheating spouses! Crumbling marriages! Pumping breast milk at the office! Feeling like a failure at everything! — drives the storylines, it’s just the foundation of the show’s special sauce.  The globby spoonfuls of daily humiliations, compromises of modern motherhood and a healthy sprinkling of non-PG humour are what make it unique. It turns out that things like perimenopause and postpartum depression can be, well, funny.

It was a brutal bout of postpartum after the birth of her first son that inspired show creator and star Catherine Reitman to write Workin’ Moms in the first place — up until that point she had mostly worked as an actress, including as a company member at Groundlings, the famed improv comedy theatre in Los Angeles. Since it’s launch in 2017, Workin’ Moms has been nominated for several awards, including an International Emmy for Comedy.

What inspired the show?
It was a sad day, but the irony is so much comedy has come from it. I’d gone to do a film about six weeks after my son was born. I had to go to Philadelphia to shoot and it was right around my first Mother’s Day. I was with a bunch of really funny improvisers and they started cracking jokes about how they would send my son a Mother’s Day card on my behalf…

That’s so mean!
It was really funny, it was just that I was in such a hormonal cloud I couldn’t even see straight and all I felt was guilt and shame and loss and total lack of identity — I didn’t know who the hell I was. And I got back to my hotel room and just wept and ate every snack I could find. I ate the f–k out of my feelings and called my husband [Philip Sternberg, who is an executive producer on the show and also stars as Nathan]. He was like: “No one talks about this, none of our friends who have kids are speaking about it — you should write something.” So I did.

How do you think the conversation around mothering has changed in the last few years?
More people are sharing their real experiences which is wonderful, but with that comes a lot of people judging them. There’s a call/response happening. I’m really excited to be part of the call, but in the writer’s room we don’t have to deal with 10,000 trolls saying you’re a bad mom and you should feel ashamed and your children should be taken away from you. That’s the part that’s horrifying.

Have you received any memorable feedback from viewers?
Oh yeah. I have to get better at not crying when people do it to me, because it happens frequently. People sitting next to me on planes, or people who stop me at dinner or on the street and say: “I watched your show, I know your show, I am your show.” I’ve met some pretty passionate fans, so it makes me all that much more nervous to enter that writer’s room because I want to do them justice. 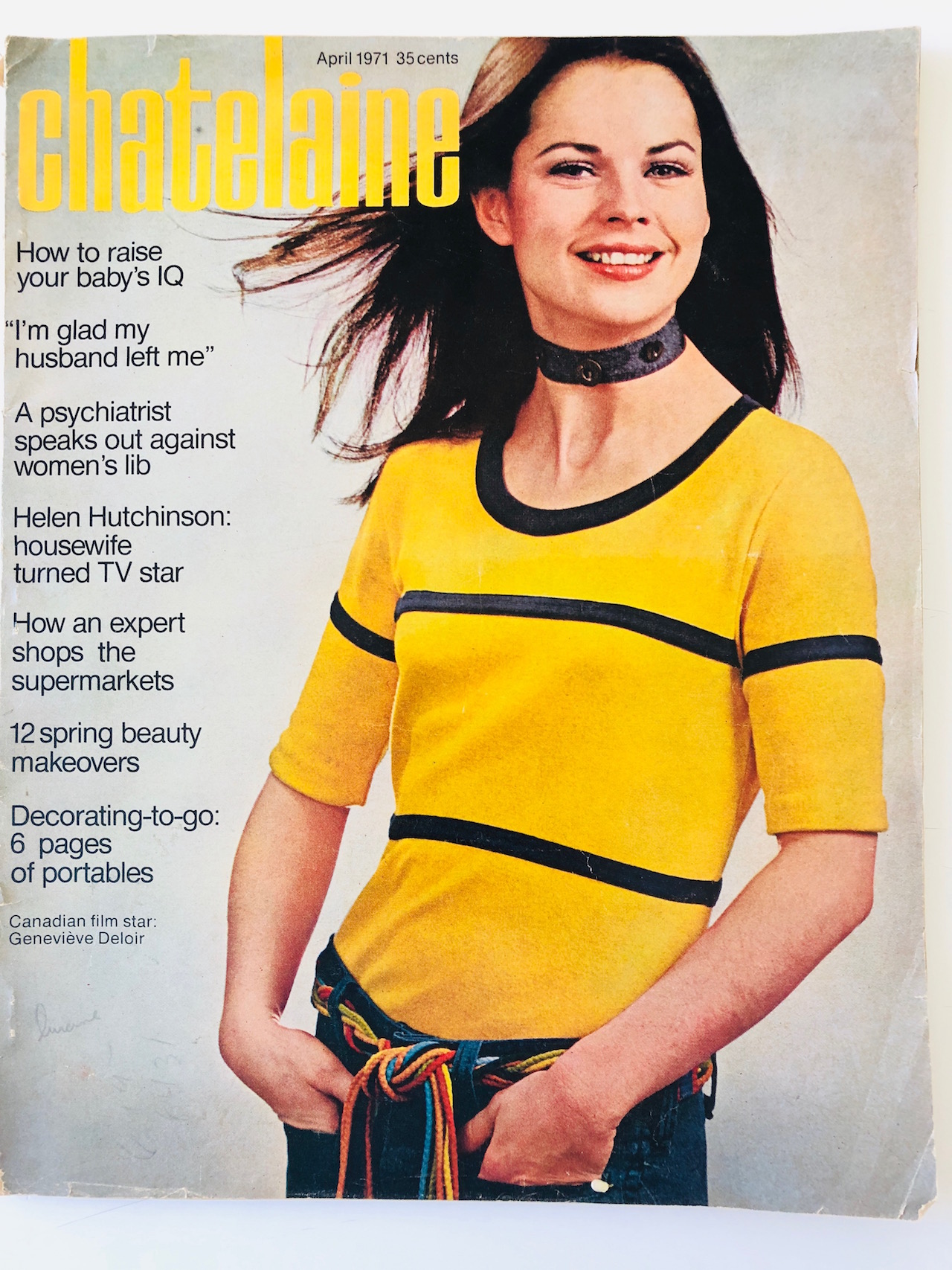 Catherine Reitman’s mother Genevieve Deloir on the cover on a 1971 issue of Chatelaine.

You were born and raised in L.A.?
Yes, but my parents are Canadian. In fact, when I told my mom about this interview, she told me that she was on the cover of Chatelaine when she was an actress in the 1970s! Her stage name was Genevieve Deloir.

That’s the most actress-y actress name I’ve ever heard.
Well, wait until you see her. I look a lot like my Dad. But I see photos of her from back in the day and I’m like “how did I miss this boat?” She is just one hot French Canadian piece of ass. When I realized it was the same magazine, I thought, ‘Oh my god, she sacrificed everything to have me and now I get to blather on inside the magazine she was the cover on.’ We both got really emotional — it felt very full circle for both of us.

How old are your kids now?
I have a two year old and five year old, both boys, both crazy.

What do they think you do?
The five year old knows I work on a tv show because he’s seen billboards. He assumes that everyone’s mommy is on a billboard. He’s like “Yup, there’s mine, where’s yours?” He’s asking his friends where their mommy’s billboards are.

You have two little kids while you’re not only the head writer but also the star of a show about a mom who is struggling to ‘have it all.’ You must have a gruelling schedule.
When Workin’ Moms got green lit my head was in the stars — I was flying. And then you realize that means ‘Get to work.’ This show takes us 365 days a year. It’s a tremendous amount of work and my kids do not see me a lot. They love their life, but you always worry that one day they’ll resent you for making the choice to do all this. That sort of thing haunts me every day.

Well, that’s good because you can use it for your show.
Exactly. Torture.