Turn off your phone, grab a cozy throw and stretch out on the sofa. 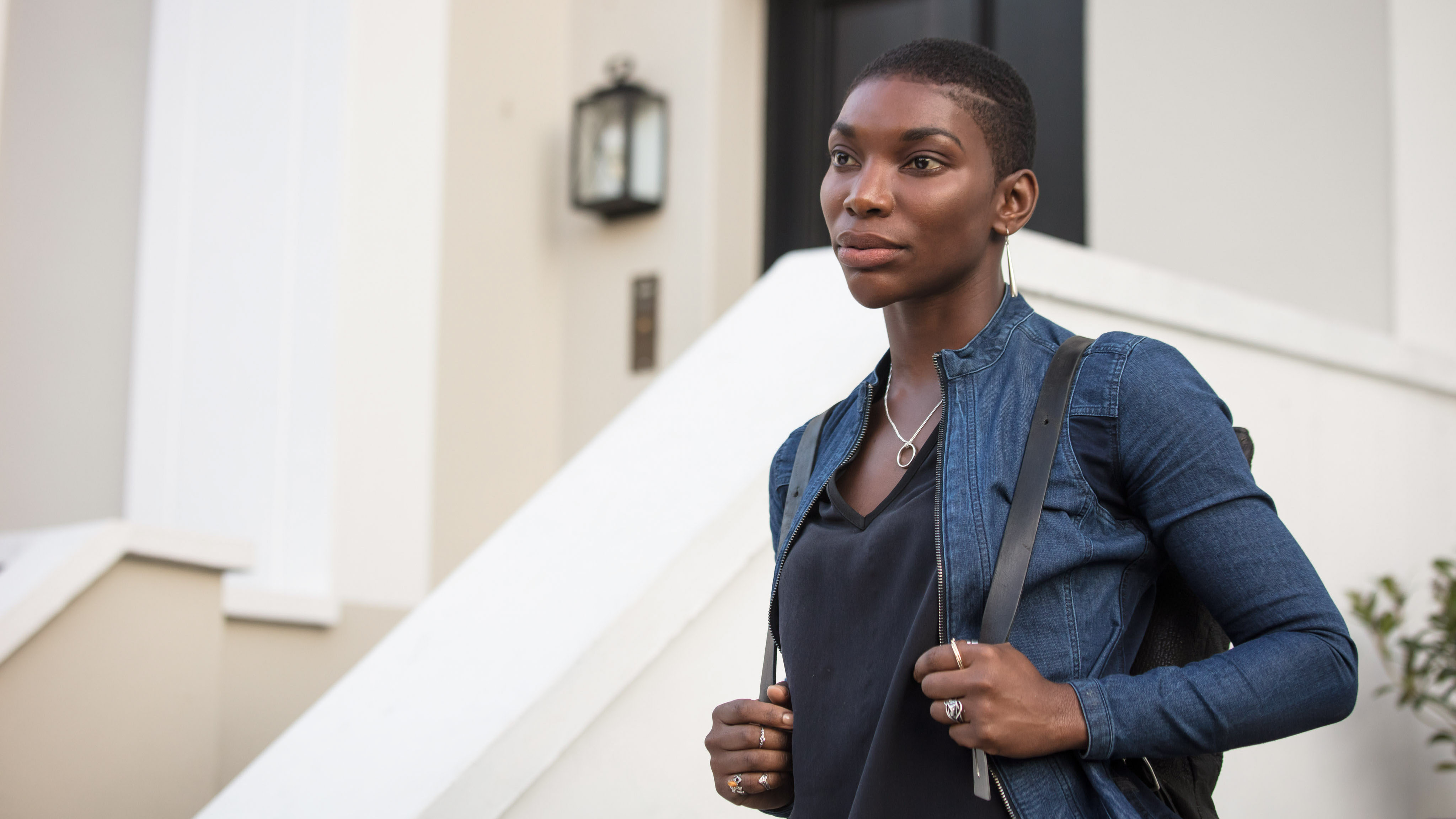 From upmarket procedurals to emotionally wrenching mysteries to twisty thrillers with supernatural flair, there’s a whack of gruesome British murders to solve on Netflix right now so you’d be wise to make yourself comfortable.

The gist: A group of attractive teens arrive at picturesque Peregrine Island summer camp in various states of adolescent irritation. You can’t really blame them as there’s no wifi on the island and the camp’s counselors treat them like overgrown toddlers, asking them to play kids’ games like capture the flag. A more sinister game soon emerges, however, as whip-smart Mia (played by Lisa Ambalavanar) and oddly blank ice queen Amber (played by Ellie Duckles) jockey for social power. The odds are stacked though as it soon becomes clear that Amber has supernatural advantages.
Why it’s worth it: The spooky scenes are more twisty than terrifying and you’ll spend most of your time feeling pleasantly disoriented rather than spun off your axis. The finale will test your ability to suspend disbelief—possibly to breaking—but it’s an entertaining guilty pleasure, nonetheless, even for those well past the age of majority. A season two is planned, so it looks like there’s an opportunity for a second helping.
Rating: 7/10

The gist: Kate Ashby (Michaela Coel) is a twentysomething legal investigator with a traumatic back story. Born during the Rwandan genocide, the Rwandan refugee was adopted by a human rights attorney Eve Ashby (played by Harriet Walter) and raised in England. Past merges with present when Kate’s adoptive mother takes on the prosecution of a Rwandan general in the International Criminal Court. In her investigation of the general, and the forces that brought him to the ICC, Kate travels back to Rwanda and begins to fill in some of the blanks of her origins. What she learns is shocking.
Why it’s worth it: It’s not your average mystery but rather a unique and unexpected drama that considers questions of justice and race (and how notions about the former are often informed by the latter) as well as the ways in which the stories we’re told shape our identities. It’s an ambitious series that doesn’t always hit its target, but it’s held up by a pre-I May Destroy You Coel, who portrays Kate with ferocious vulnerability.
Rating: 7/10

The gist: A picturesque Dorset town is left reeling after the body of an 11-year-old boy is found at the base of a cliff on the beach. Grumpy dad-type (minus the jokes and paunch), and community outsider, Detective Inspector Alec Hardy (David Tennant) is partnered up with compassionate, deceptively momish-type local, Detective Sergeant Ellie Miller (Olivia Colman) to investigate the murder. The investigation reveals, bit by bit, just how many secrets can keep one seemingly quiet seaside village together.
Why it’s worth it: Two reasons: Tennant and Colman, whose prickly chemistry adds an extra layer of drama to the already potent mix. And as in the best of British crime shows, it’s chock-full of solid British character actors. You just can’t go wrong here—the premise is deadly enough to hold your attention, but it is the richness of the sub-plots that amplify and elevate the narrative.
Thrills rating: 8/10

The gist: A Syrian refugee who works as a pizza delivery man is shot and killed after delivering a pie to a well-connected woman in a London suburb. Detective Inspector Kip Glaspie (Carey Mulligan) is the canny copper assigned to investigate the case. The recently promoted cop has something to prove and with her crime-solving antennae rotating 360 degrees, she intuits there’s more to the crime than just another random act. Her intuition proves true and reveals an interconnected web of complicity and corruption in the highest institutions.
Why it’s worth it: It’s so well conceived and executed. Written by eminent English playwright Sir David Hare, this is a thriller with dramatic chops that positively radiates contemporary relevance, politically and culturally. Women make this series go round and while Mulligan shines brightest. You could cut yourself on the sharp angles of her performance.
Thrills rating: 8/10

The gist: Detectives interrogate a suspect, breaking their story down, bit by bit, until the truth emerges. Each episode in this anthology series takes place within the confines of an interview room—the air of which grows increasingly thick with psychological tension. The accused is almost always portrayed by a boldface name or starry U.K. actor, which adds to the This Is Acting vibe of the show.
Why it’s worth it: Criminal UK is an oddly satisfying one-trick pony, and largely because of the quality of the acting (the dramatic arc can be cringe-y at times). Season one featured the likes of David Tennant and Hayley Atwell playing coy with detectives. The recently released season two gives actors like Game of Thrones’s Kit Harington and Catastrophe’s Sharon Horgan an opportunity to shine.
Rating: 7.5/10

The gist: Kenzo Mori (played by Takehiro Hira) is a Tokyo police detective who is sent to London to find his brother Yuto (Yōsuke Kubozuka), a former Yakuza gang member believed dead. (The very much alive Yuto has killed a rival boss’ nephew in the English capital, kicking off a gang war back home.) In London, Kenzo encounters a wonderfully weird English detective (played by Kelly McDonald) and an acerbic English/Japanese rent boy named Jiro (played by a scene-stealing Yoshiki Minato).
Why it’s worth it: The BBC production, which toggles between English and Japanese, feels a bit more prestige TV than network procedural. An emotional slow burn with a noir-ish edge, it’s nuanced performances from Mori, who carries himself with a stoic world weariness, as well as memorable character portraits from Minato and McDonald, that only serve to heighten the pleasure of watching this series, which is also bleakly funny, with an unexpectedly deadpan sense of humour.
Rating: 8/10

The gist: A police procedural with a timely twist—the cops are the criminals—Line of Duty, over five popular seasons, with a sixth in the works, illuminates the activities of AC-12, a task force assembled to root out corruption. The unholy trinity of DS Steve Arnott (Martin Compson), DI Kate Fleming (Vicky McClure), and Superintendent Ted Hastings (Adrian Dunbar), is intensely focused on revealing rotten apples, even as they cope with and sometimes conceal their own bruises in the process.
Why it’s worth it: Complex storytelling that keeps us hopping, combined with interesting casting—fabulous guest stars up the pleasure quotient— make for a strong foundation that’s both entertaining and instructive. Law and order with nuance and moral ambiguity, who would have thunk it?
Rating: 8.5/10

The gist: Matilda “Tilly” Gray (Lydia Wilson) is a London-based concert cellist whose mother inexplicably commits suicide in front of her. Later, while going through her mother’s things, Tilly discovers a cache of photos and newspaper clippings that concerns the kidnapping of a four-year-old Welsh girl decades earlier. To solve the mystery of these relics and their strange power over her mother, Tilly and her best friend Hal (Joel Fry) head to the Welsh village where the little girl was taken. Strange happenings multiply upon their arrival in Penllynith, Wales. Get ready to startle unexpectedly, there’s lots of big sounds and creepy images.
Why it’s worth it: Wilson has an otherworldly quality that suits the far-fetched, almost mythical plot she’s been given to render dramatic. She’s so committed to pushing deeper into the darkness that you can’t help but follow her (if pausing occasionally to wonder where she got some of her great sweaters).
Rating: 7/10

The gist: A modern-day reimagining of the iconic detective story starring Benedict Cumberbatch as the titular character and Martin Freeman as his tetchy Watson.
Why it’s worth it: It’s pacy and fast-moving (if at times a little too fast), and rich with eccentric performances from solid U.K. actors. Sherlock’s evil antagonist Moriarty, who is played by Andrew Scott, aka, Fleabag’s Hot Priest, is a series highlight. (That’s right, he was a hot villain before donning a collar for Phoebe Waller-Bridge.)
Thrills rating: 7.5/10

The gist: Ever wonder how the broody iconic Swedish detective got his start? No, me either, but that’s hardly the point. This slick origin story is an opportunity to revive the character with a young, attractive lead (no disrespect intended to Wallander star Kenneth Branagh). The show fulfills that brief creditably, with Swedish actor Adam Pålsson cast as the young rookie. Don’t expect to time-travel to 70s era Sweden, however. The series kicks off in present-tense Sweden where the gruesome murder of a teenager in a housing project has fuelled deepening anti-immigrant sentiment.
Why it’s worth it: Kurt is still finding his leading man legs—as is the series, which feels more English than Swedish (it’s produced by the same U.K. company responsible for Wallander and is crammed with English actors)—but there is something endearing and minor-key dramatic about watching him do so. The show may skim the surface of its big ideas, but for viewers who’ve coped with a long day of dealing with real-life contemporary challenges, it can feel nice to skate.
Rating: 6.5/10