The 12 Movies That You Need To See This Spring

Our miserable winter hibernation is nearly over. These terrific movies are a great excuse to leave the house. 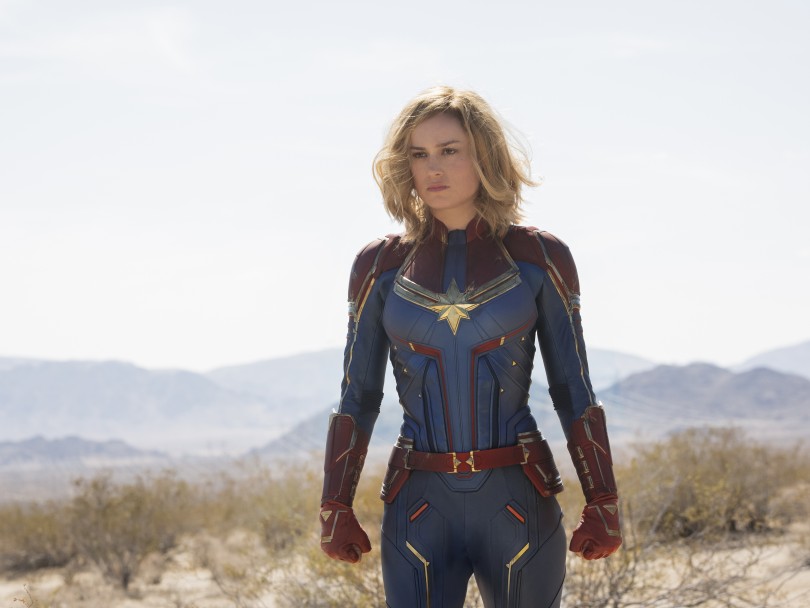 Captain Marvel is the 21st movie in the Marvel Cinematic Universe, and the first to focus on a female superhero: the ’90s fighter pilot Carol Danvers, whose DNA gets infused with alien chromosomes. The exceedingly likeable Brie Larson dons Danvers’ supersuit, and the supporting cast is as strong as the lead, featuring Samuel L. Jackson, Jude Law and Annette Bening (where have you been, Annette??).

Rise of the Planet of the Apes, the 2011 simian reboot, was miles better than it needed to be, so we’re excited to see what director Rupert Wyatt does next. His new film serves up a different kind of planetary takeover, set 10 years after a reptilian alien force has invaded Earth and enslaved humanity.

The adorable Wonder Park is just what we need to tide us over until Toy Story 4 comes out this summer. It hits the same beats of nostalgia, imagination and the end of childhood, following a young girl who discovers the amusement park she dreamed up has come to life, staffed by a crew of quirky, celebrity-voiced animals (including Kenan Thompson as a beaver, Mila Kunis as a wild boar and John Oliver, fittingly, as a porcupine).

This quietly haunting neo-western stars Matthias Schoenaerts as a convicted murderer in Nevada who trains a wild stallion as part of a prisoner rehab program. The cast is superb: Schoenaerts is as much of a hulking enigma as his horse, Connie Britton brings some golden warmth as his therapist and Bruce Dern shows up as a wizened horse trainer.

In Jordan Peele’s hotly anticipated follow-up to Get Out, a sunny beach house transforms into a hellscape as dark as the Sunken Place. It’s a Hitchcockian horror show about a couple—played by Lupita Nyong’o and Black Panther’s Winston Duke—who are terrorized by a group of strangers who look exactly like them.

Tim Burton directs a live-action remake about Disney’s cutest animal hero (sorry, Bambi), rendering the tale of a bullied baby circus elephant in a golden retro aesthetic. And make sure to listen for Arcade Fire’s yearning cover of the tearjerking lullaby “Baby Mine.”

The latest film from Spring Breakers director Harmony Korine stars Matthew McConaughey in the role he was born to play: a long-haired, perpetually buzzed Floridian layabout named Moondog. Joining him are Jonah Hill (returning to his stoner-comedy roots), Zac Efron, Isla Fisher and a coke-snorting parrot.

Big meets Deadpool in this schticky DC Comics movie, about Billy Batson, a troubled kid who finds himself transformed into a ripped superhero by an ancient wizard (we’ve all been there). The film was shot in Toronto, giving local viewers the tiny triumph of seeing TTC subways and Fort York on a 40-foot screen.

Robert Pattinson proves he’s more than just a sparkly vampire hunk in the first English-language film from the French art-house director Claire Denis. It’s bleak and bizarre, about a group of convicts, Pattinson included, who are sent on a space mission to explore black holes, and the perverse doctor—Juliette Binoche!—who performs strange sexual experiments on them.