9 Of The Creepiest Movies On Netflix Canada

Including one of the best horror movies of the last decade. 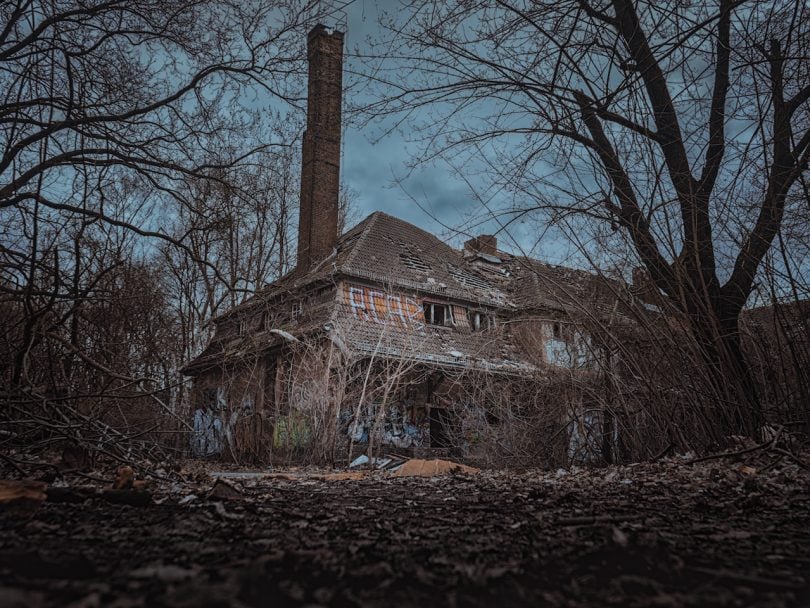 In time for Halloween, we recommend these movies—all streamable on Netflix—for some seriously creepy movie nights. From mysterious medical faculties and haunted houses to avenging she-demons and creepy Los Angeles cults, this list is sure to pack some serious scares.

(And, bonus recommendation: if you’re in the market for horror you can take with you on an autumn walk, check out the new horror-fiction podcast, Parkdale Haunt—of which, full disclosure, I am the co-creator.)

(2019)
The gist: Eli is a boy who, due to his severe allergies, has spent his life trapped in a bubble suit and separated from the outside world. In an attempt to treat his condition, Eli’s parents take him to a spooky Victorian mansion that has been converted into an air-sealed high-tech medical facility. As Eli undergoes increasingly brutal treatments, supernatural phenomena also begin to haunt him—and Eli begins to realize that there’s something more sinister afoot than medical treatments.
Why we love it: Eli is creepy and atmospheric. The mixture of a haunted-house setting and the claustrophobic terror of being unable to safely exist in the outside world make the film strangely resonant in the midst of the real-life pandemic. Eli’s struggle to uncover the dark truth behind the facility leads to an unexpected ending that is oddly satisfying in its strangeness.
Creepy rating: 6.5/10

(2020)
The gist: Bulbbul is a gorgeous Indian Hindi-language Gothic horror set in the 1880s in Bengal. The film follows the young Bulbbul, who is married to a rich lord, Indranil, when she is just five years old. She moves to the Indranil’s beautiful and sprawling estate, where she grows up amidst a tangled web of jealousies and long-repressed secrets. The film skips between past and present, and as we learn more about Bulbbul’s life and relationships we also learn that she has experienced something deeply traumatic. Meanwhile, outside of the estate, abusive men are being murdered by an entity that the villagers believe to be a chudail—a sort of woman-demon created when men act violently towards women. The past and present converge in a dark tale that turns Bulbbul’s story into legend.
Why we love it: Bulbbul is a dark fairy tale that focuses on Bulbbul and her experiences, loves, and growth. She is a fascinating, multifaceted character, and the moral ambiguity of her actions make her all the more interesting and, ironically, real. The acting is superb and the use of colour throughout the film is breathtaking—I don’t think I’ve seen a dark fairy tale film I loved this much since Pan’s Labyrinth.
Creepy rating: 7/10

(2020)
The gist: Sarah, a young woman who has recently moved to Los Angeles to pursue her dream of becoming a costume designer, moves into a one-bedroom apartment in a friendly, clean, and bright complex. Sure, some of the neighbours are strange, unnervingly perky, and seem a little bit too interested in her personal life. And maybe some of the rules of the building are a little bit extreme—really, it’s a little bit much to threaten her poor cat… But by the time Sarah learns that Jerry the building manager is more cult-leader than handyman it might be too late for her to leave.
Why we love it: 1 BR manages to strike a good balance between dark humour and horror. The film takes mundane problems like nosy neighbours and overbearing landlords and pumps things up to eleven—the real-world anxieties of being a single woman trying to make it on your own quickly take a turn for the horrifying.
Creepy rating: 9/10

(2016)
The gist: Set in Tehran in the 1980s, Shideh and her daughter Dorsa face a dark supernatural force growing inside their home at the same time as the War of the Cities threatens their homeland outside.
Why we love it: Shideh is a smart and nuanced female character who you’ll want to root for. The dark and atmospheric film is creepy and supernatural, but at the same time, a deeply human portrait of a woman’s love for her daughter and her stubborn will to survive.
Creepy rating: 8.5/10

(2004)
The gist: After a car accident, Jane and her photographer boyfriend, Tun, are haunted by a string of suicides and mysterious images that begin to appear in Tun’s photographs.
Why we love it: In the tradition of The Ring and The Grudge, Shutter is a supernatural thriller steeped in urban legend and featuring a vengeful female spirit. (Be sure to watch the original Thai version, rather than the lesser American remake.)
Creepy rating: 7/10

(2015)
The gist: After receiving an invitation from his ex-wife, Will brings his new girlfriend to a dinner party in the Hollywood hills. Back in the home he shared with his ex-wife and their now-deceased son, Will finds himself reliving the trauma of their child’s death. And as his ex-wife begins to push her New Age beliefs about grieving and the afterlife, the night descends from awkward to dangerous.
Why we love it: This slow-burn of a thriller gets your heart pumping and your palms sweaty. The Invitation is as much about the anxiety of its relatable premise (who hasn’t had an awkward catch-up with an ex?) as it is about the aftermath of trauma, old friends… and cults!
Creepy rating: 6/10

(2017)
The gist: A group of old friends from university pay tribute to their recently deceased friend by hiking along the King’s Trail in northern Sweden. The group soon becomes lost among trees carved with strange symbols and begin to panic as they sense they’re being pursued.
Why we love it: Come for the beautiful, sweeping views of the Swedish landscape, and stay for some seriously creepy Scandinavian folk-horror!
Creepy rating: 6.5/10

The gist: Videographer Aaron makes the biggest mistake of life in accepting a job from Josef, a man supposedly dying of cancer, in this found-footage horror.
Why we love it: Mark Duplass, as the charismatic but deeply disconcerting Josef, is absolutely magnetic. The low-budget indie horror packs a punch in the over-saturated found footage field with its tense atmosphere and anxiety-inducing script. And don’t miss Creep’s equally creepy sequel, Creep 2.
Creepy rating: 10/10

The gist: After the death of her mother, artist Annie Graham and her family grapple with their dark family legacy and the demonic forces that torment them.
Why we love it: This one is not for the faint of heart. The emotional film is disturbing and, at times, terrifying. That being said, this superb debut from filmmaker Ari Aster is one of the best horror movies of the last decade. The wrenching film features an Oscar-worthy performance from Toni Collette.
Creepy rating: 11/10