4 Excellent Podcasts To Check Out This Fall

Our suggestions for spoken soundtracks to suit your various activities. 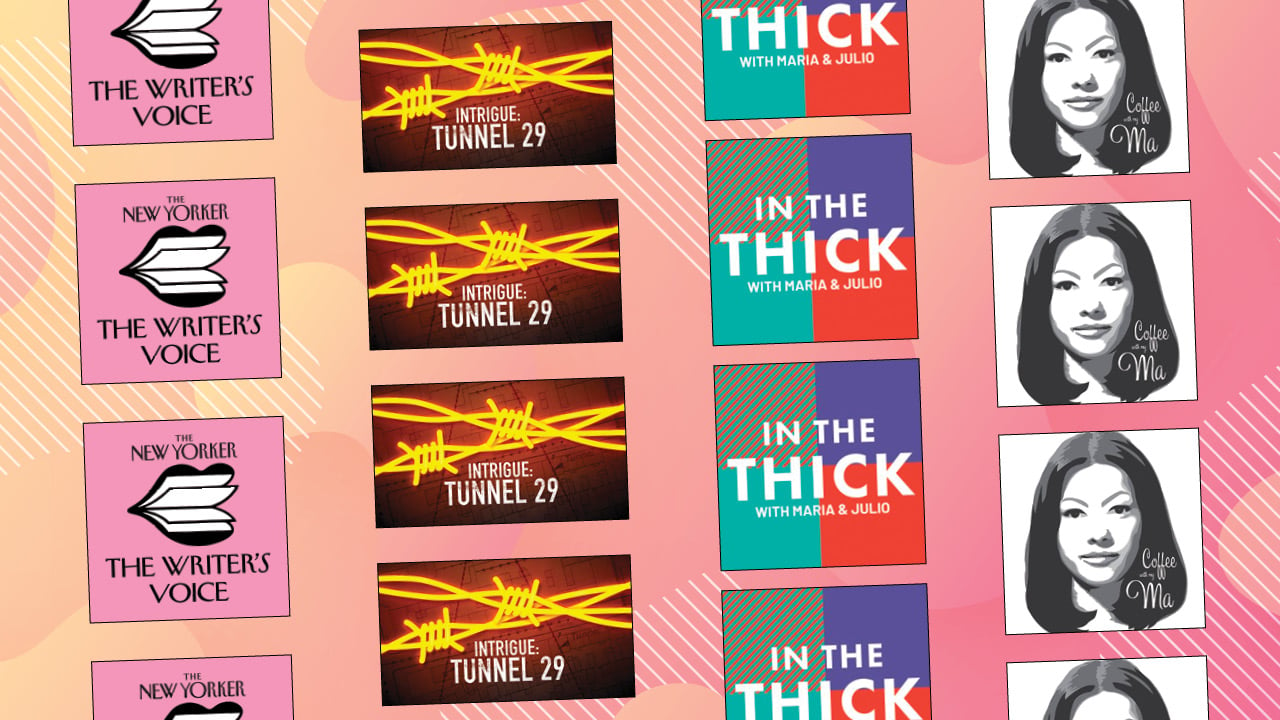 Far fewer people are commuting, and many feel as though there just isn’t time enjoy podcasts anymore. But various other activities lend themselves to spoken soundtracks, too, whether you’re in need of something meaty or just some easy listening.

You’ll need: 20 minutes (and up)
Good for: Drifting off

Let very good writers read you a very good bedtime story—their own work in The New Yorker. There’s plenty to choose from: Sally Rooney throws together two strangers at a seaside motel (“Color and Light,” 35 minutes); Anne Enright follows a woman and her young son on a play date (“Night Swim,” 21 minutes); and in the voicemail-esque “The Media,” Ben Lerner will send you to dreamland in nine minutes flat.

Launched in the early days of the 2016 U.S. election—back when Trump’s presidential prospects were still uncertain, but the need for diverse voices in media was plenty clear—In the Thick sees journalists Maria Hinojosa and Julio Ricardo Varela of Latino USA tackling politics, race and culture. Guest panellists offer opinions on everything from police abolition to COVID-19 in Latin America to the ways climate change disproportionately affects racialized communities. The conversations are candid and at times pretty raw, but Hinojosa and Varela are warm, engaging hosts offering helpful context
to make sense of the moment.

You’ll need: 15 minutes
Good for: Post-dinner distraction (let someone else do the dishes!)

Ten bite-sized episodes tell the thrilling true story of Joachim Rudolph, an engineering student who tunnelled his way out of East Germany to West Berlin—then dug a new tunnel under the Berlin Wall to help dozens more escape. Reported and narrated by Helena Merriman, this BBC series has intrigue, betrayal, close calls, show trials, killer sound effects and a hairdresser turned Stasi spy, which all add up
to a stranger-than-fiction tale for these stranger-than-fiction times.

Coffee with My Ma

Kahentinetha Horn has lived a life—the one-time model and long-time activist for Kanien’kehá:ka (or Mohawk) sovereignty founded the Indian Legal Defence Committee, led cross-border blockades, published the Mohawk Nation News, attended Robert F. Kennedy’s funeral, caught the eye of Marlon Brando, hung out in Castro’s Cuba and saved a baby from the Sixties Scoop. In this charming podcast, Horn spills her stories to daughter and Letterkenny actress Kaniehtiio Horn. It feels like you’re sitting with them at a kitchen table (or in a backyard, socially distanced).