215 Little Spirits, And Difficult Conversations With My White Sister

When I first told my adoptive sister about the horrors of residential schools, she didn’t believe me. While I love her dearly, she has to learn the truth. 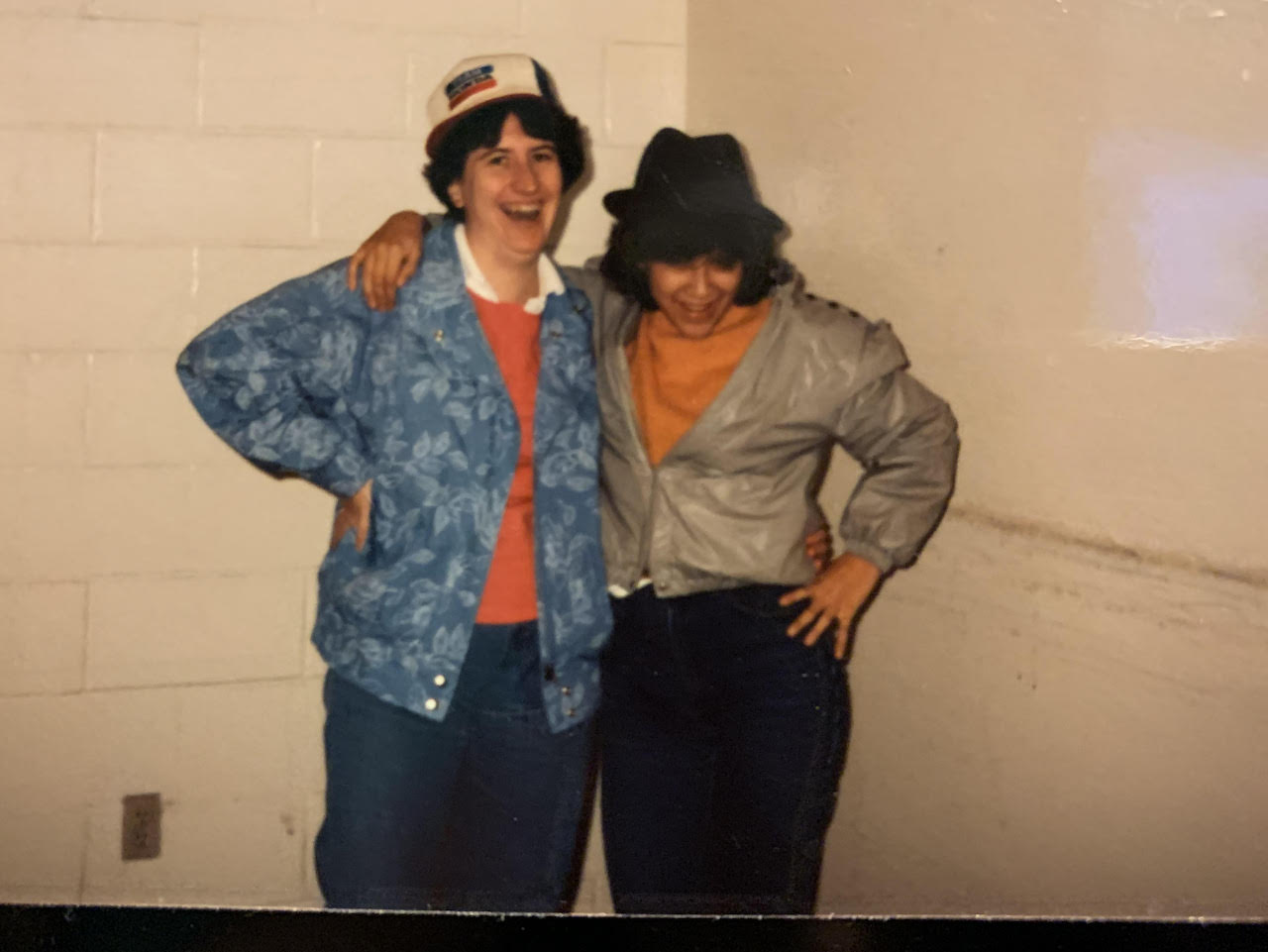 A photo of author Kim Wheeler as a teenager, right, with her adoptive sister Barb Thompson.

The mainstream media first reported the news of 215 children buried in unmarked graves on the site of the former Kamloops Residential School late in the afternoon of May 27. It took two full days before the grief surfaced and surrounded the Indigenous community. The outpouring of pain and suffering was released across social media posts—many of which pointed out that Indigenous peoples have known these terrible truths for years, even decades.

Grandparents, parents, aunties, uncles and cousins had always whispered about kids dying at residential school in hushed tones. The existence of such graves, and deaths beyond those already accounted for, were documented by the Truth and Reconciliation Commission (TRC) in their final report in 2015. In it, six of the 94 calls to action address children buried at residential schools.

But while Indigenous communities grieve, yet again, Canadians are left in shock. Canadians like my white sister, Barb Thompson.

I was adopted by a white family as part of the Sixties Scoop—another attempt by the Canadian government to remove Indigenous children from their families, community and culture. Barb is 20 years my senior. She lives in privilege, and she knows she lives in privilege. Growing up, I thought I lived in that privilege too. But as I got older and wiser, I realized we lived in two different worlds: While we both may have spent our childhoods at the family cottage in Sandy Hook, Man., along the shores of Lake Winnipeg, I am the one who faced racist taunts from other kids summering out there. And while I love my eldest sister dearly, she still has a lot to learn about the true history of this country.

In 2010, the TRC had just started its cross-country journey to collect testimony from survivors of residential schools. I visited Barb at work and told her about a gathering I had attended at The Forks in Winnipeg. I shared the horror of the stories I listened to in a sharing circle, like that of a pilot who confessed that he flew a plane that took little children away from their families. Cree leader Eric Robinson, the former deputy premier of Manitoba, shared his story of being forced into a residential school where he was physically and sexually assaulted.

My sister couldn’t believe it. She didn’t want to believe it. She didn’t believe me. I didn’t know she was having trouble digesting all of it until a few days later when my phone rang and it was Barb. She told me she had asked a friend of hers from Brokenhead Ojibway Nation about what I had told her. Her friend confirmed what I had said. She told Barb that sometimes when children went missing at school, the other kids thought they had fallen through the ice trying to escape back home.

At the time, she apologized for doubting my accuracy. I said it was okay, like I always do. I’ve come to accept that she has a hard time hearing truths like this. But I also know she will eventually come around.

The thing about Barb is, at least she has someone like me to lean on and ask pointed questions. Last Saturday, I put on my orange shirt, braided my hair and prayed for the peace of those 215 little spirits. When I posted my photo on social media, my sister asked why an orange shirt.

These are the kinds of questions Indigenous people get asked all the time. And we are tired of educating non-Indigenous people about our history. I’m tired. But Barb is my sister and she taught me a lot growing up. She taught me how to drive, how to wear beige underwear under white pants, how to sneak into a bar and how to shave my legs. All the things a big sister should have the privilege of teaching a little sister. And now it’s my time to teach her.

I sent her the link to orangeshirtday.org and told her to start reading. She educated herself, with a bit of guidance. Since then, she has ordered orange shirts for herself and her Scottish husband, and placed a pair of children’s shoes on her front steps, in the way so many Canadians placed hockey sticks on their steps in 2018 to commemorate the 16 people who were killed in the tragic Humboldt bus crash. These may seem like performative things, but they also show her willingness to not turn away any more.

Barb has tried hard to comprehend my life experience, but at 71 years old, it is sometimes hard for her to really understand. And while this week she is completely outraged, I wonder if she’ll go back to her comfortable life after stories about the 215 children fade from the media—if, like many Canadians, she will put this out of her head. And I don’t blame her really. It’s painful. But I, and over 1.6 million Indigenous people in Canada, can’t turn away because we carry this pain in our DNA.

What about other non-Indigenous people, who don’t have an adopted First Nations sibling that makes these issues personal? At this point, it takes wilfull ignorance to turn away from our history, our living trauma, these crime scenes. And if my 71-year-old white sister can click a few links and educate herself, then I know they can—you can—too.

Some resources to learn more about Indigenous issues:

Truth and Reconciliation Commission of Canada: Calls to Action

Indigenous films at the National Film Board

A free online course, Indigenous Canada, from the University of Alberta