Shop HEMA both in standalone stores and at shop-in-shops in existing large Walmarts. 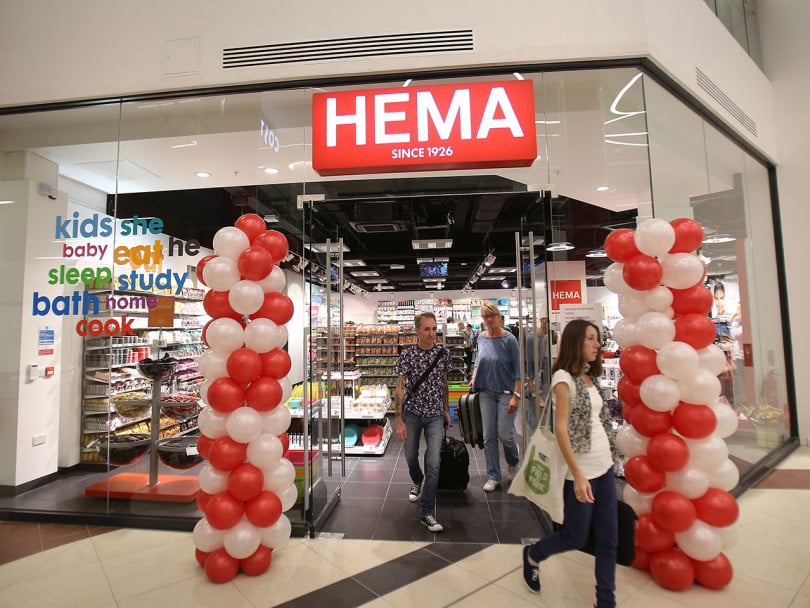 HEMA is coming to North America! The Amsterdam-based company is collaborating with Walmart to start selling HEMA products on Walmart.com in the United States this summer. In the fall, HEMA will hit Canada by opening standalone stores as well as shop-in-shops at the largest Walmart stores in Ontario. They currently only have stores in Europe and Asia.

The Dutch brand is known for selling home décor goods, makeup and clothing at low costs—drawing comparisons to Walmart and Ikea. However, it’s actually more like American brand Target, with trendy products for less (here’s hoping it sticks around in Canada longer than Target did). While specifics on what will be available in Canada haven’t been released, the typical HEMA has chic, private-label home goods and stationery, fun snacks (notably pastries!), and sleekly packaged beauty products. Interestingly, people seem to love HEMA’s cafeteria for cheap coffee and sandwiches the most—but there isn’t confirmation yet on whether Canadian storefronts will offer a café.

Affordable international lifestyle retailers have been a hit or miss in Canada, with brands like Guangzhou-based Miniso and Japanese brand Oomomo taking off, but Target lasting only two years. HEMA, however, is hoping that it will pick up enough brand recognition to expand nationally by 2020, according to Retail Insider. To help with brand recognition and emphasize their Dutch roots, HEMA will add “Amsterdam” to the names of their North American stores.

“The expansion into North America is a historic step for HEMA, as our founders Leo Meyer and Arthur Isaac first saw dollar stores in that region almost 100 years ago. They introduced this concept to the Netherlands by opening the first HEMA store,” said Tjeerd Jegen, the CEO of HEMA.